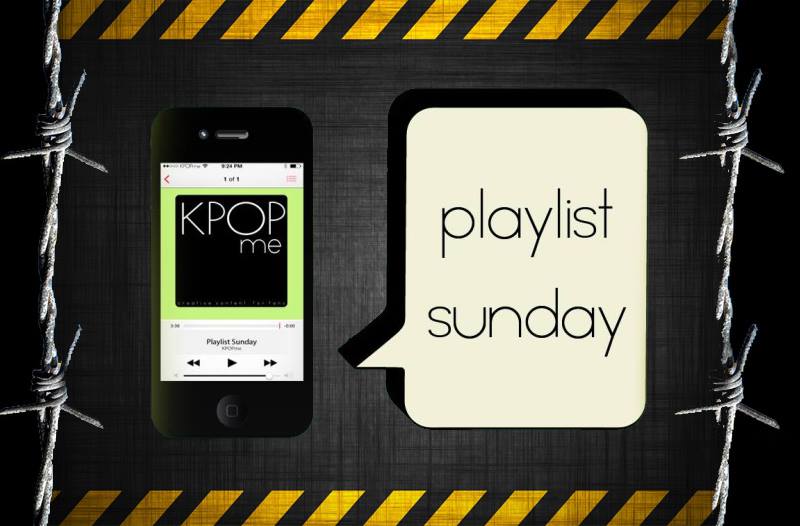 KPOPme’s Playlist Sunday series features different themes, and this week, we picked a single word to describe these songs: Danger. Every once in a while, we all feel it, a sense of danger.

This summer’s releases from BTS and SHINee’s Taemin were both called Danger, so there was no avoiding this week’s theme. In addition to the two recent releases, KPOPme‘s staff included songs by 2PM, f(x), and BoA that aptly fit into the theme.

Being a die-hard Shawol, I got very excited when SM Entertainment announced that Taemin from SHINee was their next artist to get a solo album. ACE is the name of his first mini-album, and his first single, Danger, was the perfect track for Taemin. He has always been a fan of the late King of Pop Michael Jackson, and I love how this songs and video is almost like an homage to him.

The song has a very cool beat, and there are different genres mixed in that create a very unique sound. We all are used to see Taemin as the cute maknae from SHINee, but here, he gives us a very cool bad boy image. His incredible dancing talent really makes the amazing choreography shine, and you need to see the live stage for this song to fully appreciate it! The “Bbam, bbam, bbam” part is very addicting. And as he says in the song “It’s my showtime,” and it definitely is. Taemin’s time to shine is here.

Continuing on with the theme for the week, my choice is BTS’ Danger. The boys perfectly continue the theme from Intro: What Am I Yo You as they explore more of their relationship woes in Danger. The song begins will a somber piano and a haunting chorus, and then, all of sudden, we get BTS’ hip-hop with some beat boxing.

The song is calling out their so-called girlfriend like no one but BTS can do. They hit hard right from the beginning with Rap Monster’s hard-hitting rap, and Jungkook adds some verses as well. It then goes into Jin’s gentle vocals, as the builds throughout Jimin’s part, and then we get the hook/chorus, the meat of the song, with rock-inspired instrumentation. At first listen, Danger was not what I expected. But as I listened to it a second time, the song grew on me immensely, and the video shows off BTS’ amazingly in sync dance moves.

f(x) definitely was in danger when they released Pinocchio, as they fell victim to the throngs of love and fascination with their sweetheart. The song’s title seems to refer to their inability to confess the truth of their obsession with their love, and that’s quite a dangerous situation. Besides the meaning behind this song, it’s quite addicting and just a great listen, especially if you need a quick picker-upper for your day.

The music video might not make that much sense, but the dance is really fun! It’s not the most difficult choreography, especially in the chorus, so it’s an enjoyable experience trying to follow along. While the fashion styling was a little interesting at some parts, the ladies still rocked this concept and it’s one of their most iconic songs.

Taking the danger concept a little further, what about dangerous people and situations? This week, I picked 2PM’s Dangerous out of their album Grown, which showcased a more mature side of the guys than in previous releases. Dangerous talks about how much they want a girl, and how this desire is, well, dangerous. .

The track is an easy listen not cluttered with over-produced sounds. It complements the guys’ vocals and image perfectly –that whole tough guy with a soft heart concept, that is. I definitely enjoy this song when I want something more calm than, say, Hands Up.

In celebration of her tenth anniversary in 2010, BoA released her album Hurricane Venus, and on that album is one of my favorite BoA songs, Dangerous. The electric style of the song was conducive for the singer to show off her amazing dancing skills. With a heavy beat, BoA’s throaty voice declares how she learned from her “dangerous experience” with a guy.

BoA exudes power during the performance, with her dance moves being both feminine and powerful. The song is heavily auto-tuned, but with solo artists, it’s usually easier to tell when someone is singing live. That’s the case with this performance; BoA’s live singing feels almost electric, as if the song’s style is just meant to meld with her voice. When people say that K-Pop’s girl groups are just sexy or cute, BoA’s Dangerous definitely make it clear that female singers can perform just as powerful stages as any male idol.

A nice entry
Scroll to top