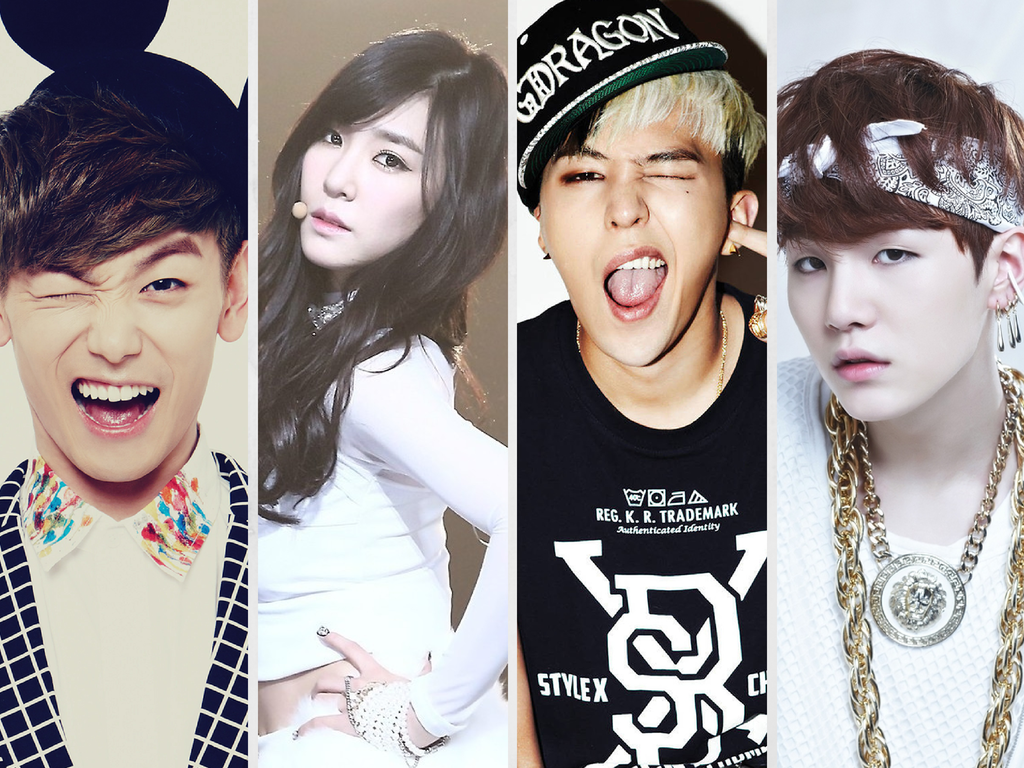 If you’ve ever been to KCON, or any concert event with many different artists, you’ll know that groups generally only sing a couple of songs from their extent and loved repertoire. The ones performed are generally the most famous, or the most recent, leaving behind lots and lots of fan favorites.

With this year’s KCON 2014 right around the corner, we thought we’d play a little game of fantasy versus reality. What do I mean by this? Well, let’s list a few songs we can expect the artists at KCON will perform as opposed to those they probably won’t, but we would absolutely love if they did. And, while the artist roster for the concert is bigger, we’ll only be focusing on six acts.

1. G-Dragon
Reality: Who You? G-Dragon performed at KCON last year at the eve of his then upcoming album, Coup d’Etat. Since it hadn’t been released yet, he only played Niliria (with Missy Elliot joining him on stage) and tracks from his One Of a Kind EP. This means that G-Dragon will focus on his latest album, and, since Who You? was the last song he promoted, we can expect to see him jumping around the stage while jamming to this.

Fantasy: Heartbreaker. Ah, one can dream, right? G-Dragon has said in interviews how the music video for Coup d’Etat shows how much he’s grown as an artist since his Heartbreaker days. Taking this and the fact that the song has been scrapped from the tracklist in BIGBANG shows, it’s safe to assume KCON 2014 attendees will miss out on GD dancing more intrinsic choreographies.

2. Girls’ Generation
Reality: I Got a Boy. The last time Girls’ Generation had a show in the U.S., The Boys was already an old song. Since then, they’ve had two comebacks in Korea, which means they will perform I Got a Boy without a doubt. However, despite I Got a Boy’s concept being so different from Mr. Mr.’s, I think they’ll perform in something more similar to the latter’s style. It’ll be interesting to see the contrast in the choreographies in their signature very feminine glam outfits.

Fantasy: Hoot. Girls’ Generation is one of those groups with an extent repertoire of loved songs that make it impossible to cater to the fans’ wishes. Their older songs will definitely take the hit, especially the ones that weren’t so big, such as Hoot. This song would be awesome to see live, because its sound is so different to everything else that Girls’ Generation has done.

3. CNBLUE
Reality: Can’t Stop. CNBLUE recently played in Los Angeles at the L.A. Korea Festival back in April, where they performed their latest song, Can’t Stop. This will most likely happen again, as they haven’t released any new songs in Korea lately. So those of us that went to that event (and are planning on attending KCON as well) already know that this song will be performed in the main stage with a huge piano. Nevertheless, a great sight to see again, indeed.

Fantasy: I’m a Loner. Festival types of concerts have shown time and time again that the older a group is, the probability for them to perform their debut song decreases. This is CNBLUE’s case. The band has released many hits since I’m a Loner that typically get chosen over it. Taking the absence of this particular performance at the L.A. Korea Festival, it’s predictable that it will happen again at KCON. It’s a shame attendees will miss the chance to sing that incredibly catchy chorus. Sigh…

4. BTS
Reality: Boy In Luv. Following the trend of the most recent releases, BTS’ Boy In Luv will surely be performed at the concert. The song had great response at BTS’ Show and Prove show in Los Angeles a few weeks ago, so the guys will probably deliver a stronger stage due to the larger audience.

Fantasy: N.O. BTS’ debut concept dealt with a lot of defiance and nonconformism. This changed with their latest comeback, which is more conventional to K-Pop. N.O is a great anthem for youth to stand up for themselves, and the performance conveyed the same energy. But since this song wasn’t as popular as, let’s say, We Are Bulletproof, fans won’t get to see the performance.

5. Teen Top
Reality: Rocking. At last year’s KCON, Teen Top debuted Rocking. However, this is their latest release. It’s weird to picture them performing the same stage, but since they have no new songs, it’s expected to see them perform this piece again. Although it would be the greatest surprise to have them debut a new track at this year’s concert, or switch things up with completely different songs.

Fantasy: Supa Luv. Yet another example of the debut song being pushed aside. It would be very interesting if they changed the concept of Supa Luv to make it something new — especially since this song was scoffed last year too.

6. Eric Nam
Reality: Ooh Ooh. Eric Nam recently made his comeback with Ooh Ooh, so this is definitely happening. Too bad INFINITE is not part of the KCON 2014 artist roster for Hoya to join him onstage, kind of like Henry and f(x)’s Amber’s last year performance of 1-4-3.

Fantasy: Eyes, Nose, Lips cover. Eric hasn’t had a long career, so he doesn’t have many releases. Despite this, the probability of him singing a cover is slim, even though that’s how he was first discovered and what he continues to do on his Youtube account. But, to take this fantasy scenario up another notch, let’s picture Eric and BTS’ Jimin singing it as a duet.

Honorable Mention
Fantasy: Jung Yong Hwa and Seohyun’s Banmal Song. Yes, I’m one of those people; I can’t get over shipping Yongseo, I just can’t! This song is so cute, and it melts everyone’s heart every time they sang it on the show. But this idea is not so far fetched. Oh no. When We Got Married was on air, the fictional couple performed the song at a festival they both attended — so it’s not completely off the table, right? Right? Well, once again, one can dream.