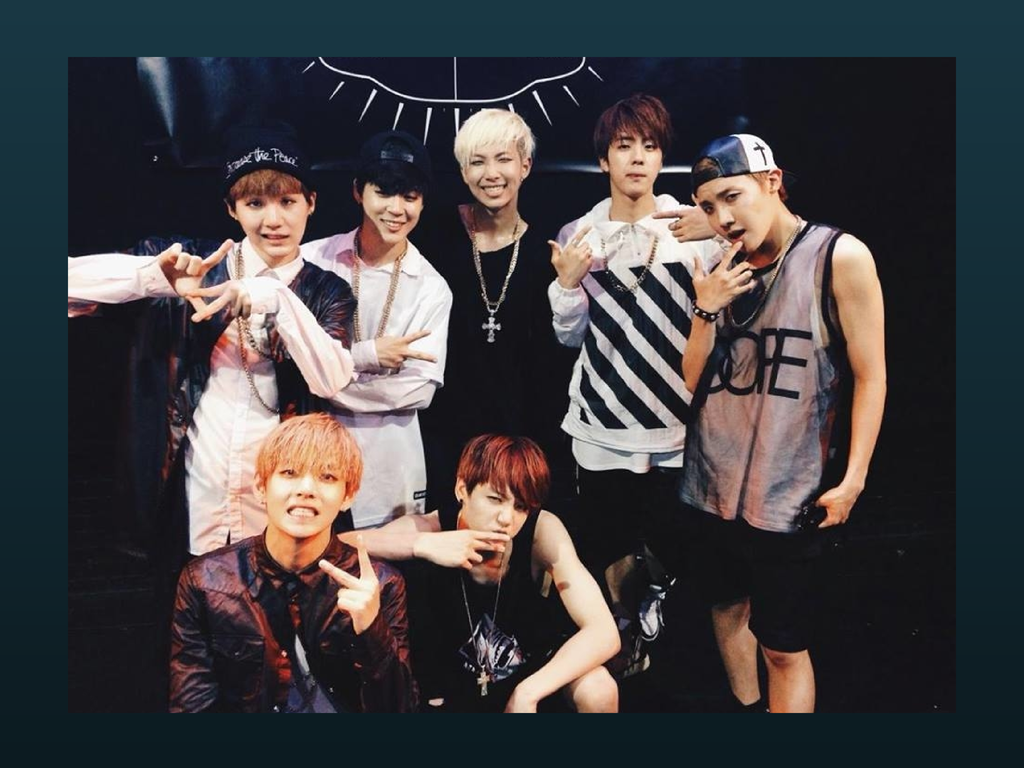 For the past couple of weeks, Jin, Suga, J-Hope, Rap Monster, V, Jimin, and Jungkook have called L.A. their home, as they’ve been busy filming a reality show and getting mentored on different hip hop skills for their upcoming new album. The sudden news of a free BTS concert came as a unexpected surprise for A.R.M.Y., who had less than two days to hustle in order to attend this (most likely) once in a lifetime, intimate performance by the boys. The catch to the event? Only the first 200 fans to arrive would get in, even if the venue had a 400 people capacity.

Despite the venue’s strict rule of prohibiting people from lining up hours or even days before a given event, fans bypassed the restriction and camped out as early as 8 p.m. the prior day. As more and more fans arrived, some people passed a notebook in order for everyone to write down their name in order. Luckily for these fans, the production respected the list and granted them little blue tickets, along with a number brand on their arms.

Across the street from the Troubador, the line of hopeful A.R.M.Y members in the park reached almost 400, and most people were told to leave, given that their chances for getting in were extremely low. The production also told ticket holders to leave and come back at 5:30, 30 minutes prior to the start of the show. But even then, some of the unlucky fans remained put in the park. Hope was at-large.

Even if having a ticket was the main reason fans remained in the park, they did get some perks! Fans rushed to the Troubador’s back alley when they spotted a white van arriving carrying three BTS members, including Jimin, who was the only one who waved at everyone. Moreover, the production went to the park and began interviewing recording fans for what we presumed was their reality show. A.R.M.Y. chanted, “BTS saranghaeyo,” and the opening lines for No More Dream. 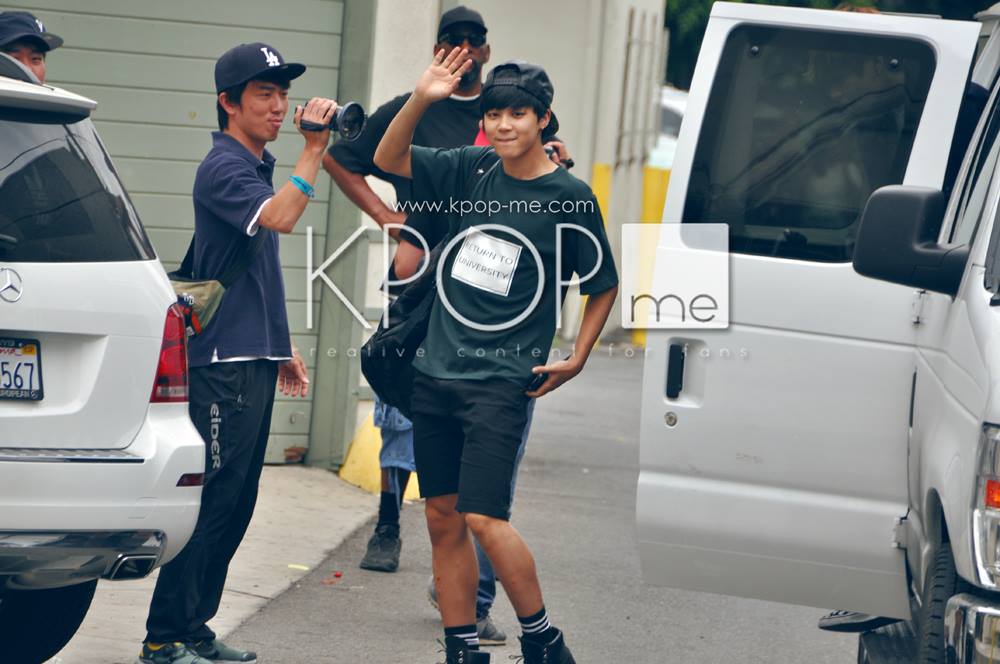 At 5 o’clock, ticket holders began to line up, while the rest of the fans remained hopeful at the park. When the first people were let into the venue an hour and a half later, everyone else was, once again, told to leave. But fans were relentless. They stayed at the front of the Troubador and even got to see from a window when the guys started the show with We Are Bulletproof Pt. 2, which had to be redone because of audio problems despite the boys’ going full-on acapella. The outside fans tapped the window and chanted “BTS, BTS,” however limited the view was.

It seemed like a lost cause, but then someone, some blessed someone, took pity on the 50 or so without a ticket and eventually let them in. All those uncertain waiting hours had not been in vain.

BTS Show & Prove was, as the name implies, for the group to show all the skills they learned with their mentors in the city of Angels up and to prove how good they became due to the mentorships. The venue was small enough for there to be no bad spot; you had a good view of the stage wherever you stood. Fans swarmed the pit to get as close to the idols while the balcony was reserved for film crew, mentors, and guests.

BTS dedicated the first part of the show to display their newly developed talents. Jin and J-Hope beatboxed along with their mentor, who also performed and later said that both of them were some of his best students ever, given their hard work and talent. Also, Jungkook, Jimin, and J-Hope had a dance battle with other performers, where they displayed new urban moves. They also sang a rendition of Oh Happy Day from the film, Sister Act 2.

After this portion, BTS answered a few fan questions from a board, which fans had previously given to the production. Among the highlights, Jimin sang, to everyone’s delight, a cover of Taeyang’s Eyes, Nose, Lips while Jungkook performed Justin Beiber’s Boyfriend. Suga, for his part, had to do aegyo, while Rap Monster did krump. As for dancing, fans asked J-Hope to do a girl group dance of his choice, which were 24 Hours by Sunmi and Beyonce’s Single Ladies. Moreover, Jin did a little cute dance, much to the members’ funny discomfort.

Since the showcase was for future broadcast, the members spoke almost exclusively in Korean without the help of a translator. Rap Monster tried his best to translate, but he couldn’t keep up with everyone, and mostly focused on speaking English himself, which was much appreciated by non-Korean speaking fans. Furthermore, the production told fans prior to the show that they couldn’t take any pictures or video, and that anyone caught doing so would be kicked out. While no one appeared to have been forced to leave (one girl, however, had to be taken out given that she fainted in the first row), the few fans who were indeed caught taking their phones out were obnoxiously scolded and warned. However, KPOPme decided to do a video about the fans while everyone waited in the park:

Then the “appetizer,” as Rap Monster called it, of the show ended and it was time for “the main dish:” more of BTS’ own songs. These included I Like It, Boy in Luv, Rise of Bangtan, and a No More Dream encore. Fans happily sang along to all the songs at the top of their lungs, which sometimes made it difficult to hear BTS themselves. The show was expected to last about an hour, but ended up running for almost two. At the end of the show, the guys said their goodbyes and pinky promised to come back next year with their own show, even though they’re part of the KCON roster this year.

BTS was successful in proving that their time in L.A. had been spent well, for they put on a great show by displaying all their new skills. Their performances were high energy from start to finish; everyone — even the choreographers and other mentors — were chanting, jamming, and dancing along to their songs. The members, despite sweating because of the hot venue, seemed rested (compared to other idols who don’t put on the best shows out of tiredness from their schedules) and excited to perform. There wasn’t a moment when they didn’t have ear-to-ear grins plastered on their faces, reciprocating the audience’s grateful smiles. At the end of the day, no one could think of any ticket troubles, because the show was well-worth it.

Here are a few more pictures we took outside Troubador: