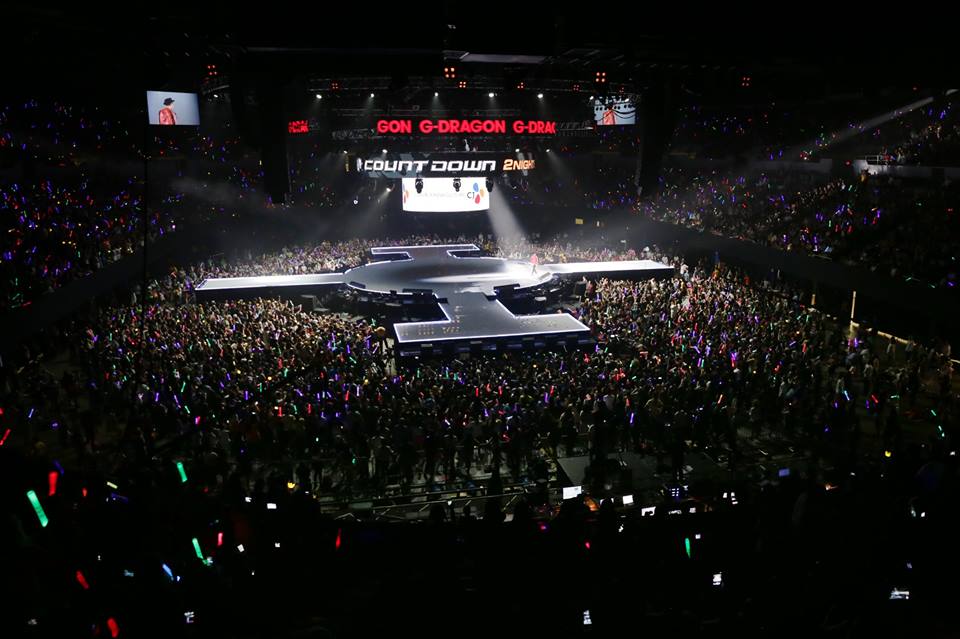 Following the day-long convention, the Los Angeles Sports Arena opened its doors to let the throngs of anticipating fans through for the concert portion of KCON 2014 on August 9th. At 7 p.m., Danny Im (formerly of 1TYM), Parker (Dumbfoundead), and rocker Jung Joon Young (who performed at the second night of KCON) began the pre-show, introducing the M! Countdown 2 Nights in L.A. special.

After an introduction, the audience was greeted with original songs by songwriter-performer Jeremy Thurber and a cover of Taeyang’s Eyes, Nose Lips with a dance performance to BEAST’s Good Luck by talented violinist-dancer Jun Sung Ahn.

The first act to perform was idol group VIXX, which began its stage with a powerful rendition of Voodoo Doll, props and all. Even though VIXX isn’t one of Hallyu’s top idol groups, the screams that filled the stadium revealed the group’s popularity in the U.S. VIXX, along with the rest of the evening’s acts, performed a total of five songs, and kept the crowd cheering and singing along to hits like On and On, Only U, Light Up The Darkness, and Eternity while the members exuded manly sexiness on stage through their powerful dances.

Korea’s darling IU took the stage next, opening up her performance with a rendition of her hit, Red Shoes. Fittingly, she wore a completely white outfit with bright red shoes that helped her dance across the stage. Like Lee Seung Gi, IU spoke to the audience in a relatively high level of English. As she apologized to the fans for her so-called “poor” language skills that were anything but poor, it was apparent that IU had prepared to meet her US fans for the first time.

While idol groups are the trend in Korea, IU’s performances of You and I and Good Day were extremely well-received. She also performed the rock version of one of her early songs, Hey. Teen Top’s Niel joined IU on stage to sing Friday, which IU originally recorded with History’s Jang Yi Jeong. Not every fan in the room may have known the song, but the upbeat sound of the song combined with IU’s powerful vocals and charming attitude won over the crowd.

B1A4 were the big winners of the night. Fans who already loved the group threw themselves passionately into the performance, singing and dancing along to What’s Happening, Lonely, Solo Day, One Glass of Water, and Baby Goodnight. But even the audience members who didn’t know B1A4 very well got into the enthusiastic songs; it seemed like the entire venue cheered on B1A4’s youthful members. The five members also appeared to be having a lot of fun as the performed, running around the stage and using props, including water guns which they aimed at the audience. It seemed as if not a single person in the stadium was able to remain unaffected by B1A4’s cheerful performance.

While Teen Top had a tough act to follow, the energy in the room was still high as the idol group performed Rocking, Ms. Right, and then calmed down as the members performed a sexy rendition of To You. Teen Top brought the momentum up once again with Crazy, and then surprised the audience by ending its stage with a fan favorite, Rock Star. While the performance was stellar, audience members appeared confused by the choice of a song that isn’t really well known outside of the Teen Top fandom. It was a good attempt to introduce a lesser known song to international fans, but by the end of the performance, there was apparent tension in the room as fans wanted to hear songs that they were more used to.

There was a momentary lull as Danny and Parker came out once more, and introduced the final act of the evening — BIGBANG’s leader, G-Dragon.

Based on the crowd’s excitement even before G-Dragon took the stage, it would have been very difficult for GD to disappoint his audience. Even had he stood on stage just walking around without making a peep, fans would have been cheering and screaming in adoration. G-Dragon did anything but merely stand on stage; he turned the huge arena into his personal playground. As he performed One of A Kind, Michigo, Who You?, Crooked, and Crayon, G-Dragon took control of the crowd and hardly stood still for a moment, except for a couple periods when he lay down on stage, playing up to the crowd in that corner of the stadium.

While the other acts were enjoyable, G-Dragon’s was a different type of performance entirely; he was an entertainer rather than an idol, who was able to make everyone in the room pay attention to him. His stage included the most special effects, but it was G-Dragon’s large personality and provocative songs and style that had fans jumping in their seats. He not only had the crowd screaming his name, but also responding to his prompt of “Get your…” with “Cray-on!” It was clear that, no matter who the audience was there to see, G-Dragon had captivated everyone’s attention.

The concert ended with the B1A4, VIXX, Teen Top, and IU joining G-Dragon on the stage, where the idols waved to fans and threw shirts into the audience. While the idols walked back onto stage, it was noted that G-Dragon bowed respectfully to each idol, despite the fact that he is largely their seniors. 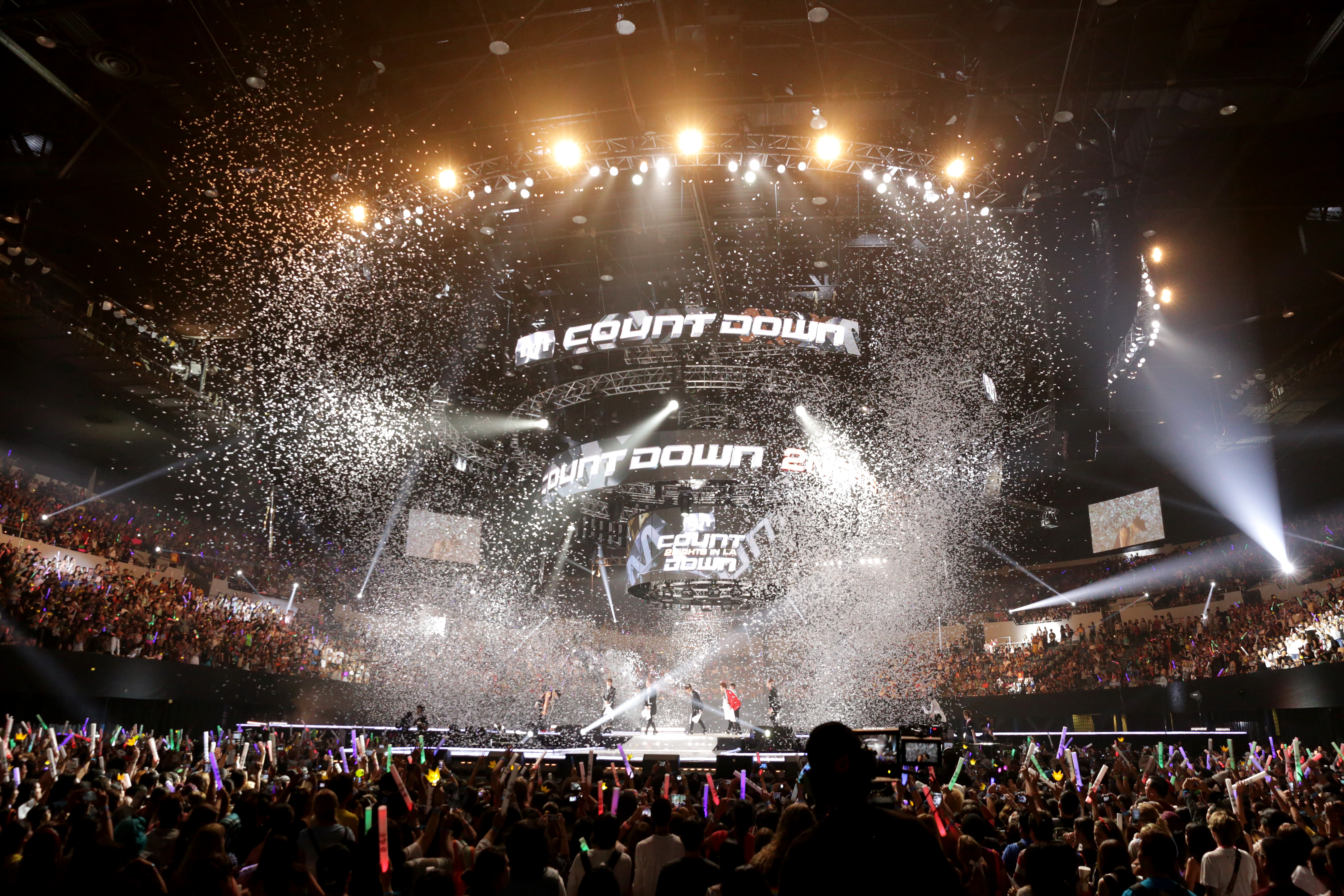