K-Pop is definitely a distinct genre from Western music, but it’s not exactly Korean music either.

Obviously, K-Pop is created in Korea, but it’s not like there’s anything unique about it. It may not sound like mainstream Western music (meaning American music), but Western producers write many K-Pop songs. SM Entertainment in particular makes use of Western producers. There are even trial versions of Girls’ Generation and f(x) songs recorded by Ke$ha and Ariana Grande:

Mostly because K-Pop is now an international phenomenon, and while everyone may not be able to read Korean writing, just about everyone can read English. Another reason is because Koreans think that if someone speaks English they’re more educated and successful.

There are also K-Pop idols who aren’t Korean, and K-Pop groups that primarily promote in China or Japan, and yet those songs are still called K-Pop.

That’s not to say that every K-Pop song is created by foreign producers or even contains lyrics in another language, but the sound of most K-Pop songs don’t sound remotely Korean. There is a very distinct sound to traditional Korean music, but that is typically lost in K-Pop.

Moreover, the real reason why I question whether K-Pop is truly Korean is because it doesn’t really appeal to the average Korean. K-Pop is aimed at teenagers and young adults, and is very popular abroad, but most Koreans don’t care about it half as much as international audiences do. Some K-Pop songs do become popular, because they’re catchy, but not because they are K-Pop songs.

Urban Zakapa, Nell, and even IU are generally better accepted in Korea than K-Pop idols, since they’re generally considered to be unartistic pawns of entertainment companies. Also, calmer sounding songs are more attractive to older listeners. This is why Akdong Musicians, AKMU, is also increasingly popular in Korea. Although AKMU is run by an idol company, YG Entertainment, the duo doesn’t sound like typical idol acts.

Now, that’s not to say that Koreans aren’t proud of K-Pop and don’t listen to it –I have many Korean friends who like EXO, BIGBANG, Girls’ Generation, etc. But there’s very little in most K-Pop songs  that appeal to Koreans because it doesn’t evoke Korean values and culture. 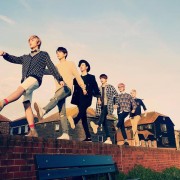