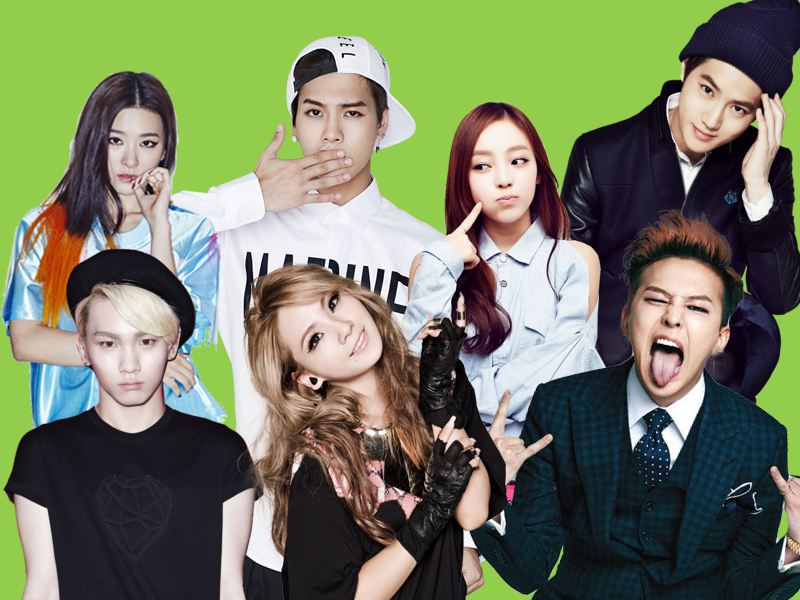 What’s really amazing about K-Pop remixes is that they give you a new view on a song. They transform a dance song to a more acoustic version or make it ready for a dance party or a club. Sometimes they even make you wish the original version of the song was the remix. There are a lot of K-Pop remixes out there, but only a few stand out; from fans to recognized artists, the remix list is endless.

SHINee’s track Hello is on of their most loved songs in their roster. It was without a doubt a great choice by K-Indie band Glen Check to create a remix of this song. This remix takes us back to the time when Electro was at the peak of the electronic music scene. Glen Check managed to take SHINee’s song and recreate it in a very unexpected way. Full of hard basses and electro beats, this remix really has a life of it’s own.

G-Dragon’s song Who You talks about how much a man feels bad and really misses their ex lover. The original track itself is very fun but sad at the same time because of the lyrics. Jake K managed to make the song happier, thus creating mixed emotions for the listener. The song was made to a more upbeat sound while still managing to get the song’s message across. Add it to your Breakup Playlist and cry while dancing to this remix.

2NE1’s staple song I’m The Best is already a very powerful song. Convert it to a Trap song and it totally brings out the fierceness of the song. The bass is so strong, and the drops followed by the “Oh my god” are amazing. This was really a great remix by HUGLIFE for 2NE1’s song. It would even fit perfectly as part of their show, really. It fits their strong personas perfectly.

There is no doubt that EXO’s Growl is one of the best K-Pop songs released in the past  few years. Sakana-P’s mellow remix gives a more vibrant sound to EXO’s song while still keeping the wow factor of the original track. It was a really bold move to remove the distinctive sound at the beginning of Growl, but the piano is beautiful and goes very well with the song.

Lee JeSup’s remix of Red Velvet’s Happiness is truly outstanding. It’s completely ready for the club, and it managed to keep the song’s happy mood. He brilliantly keeps the intro (which lets face it, nobody likes) but lowered the volume of it so it wouldn’t stand out as much. The electronic beats of the remix track mixes well with Red Velvet’s vocals, and them being a very young group, the remix fits them well.

KARA’S comeback with Mamma Mia is so fun. It’s a very cool ode to the ‘80s, and Lee JeSup kept that same vibe on the remix. The clapping sound that he added makes the listener feel like if you are watching a live performance from KARA. It makes you want to stand up, get your disco pants, and start dancing.

Got7’s A is a very cute and addicting song. An official remix by ‘collapsedone’ appeared on Got7’s GOT LOVE mini-album as an acoustic remix. The voice track that is used doesn’t have an acoustic arrangement, but ‘collapsedone’ managed to add an acoustic track to the song. Close your eyes while listening to the song and imagine the members from Got7 playing guitar and singing to this song; it’s magical!

So there you have it, a few stand out K-Pop remixes. And because mashups remixes are always fun here, we say goodbye with a mashup of SHINee’s Lucifer and Super Junior’s Bonamana.

Which one was your favorite remix? Don’t forget to let us know in the comments. We’d love to hear you thoughts and don’t forget to follow us on Facebook, Twitter, Instagram, Tumblr, and Bloglovin’ so you can keep up with all our posts.

Best of the K-Pop B Tracks: Part Two
Scroll to top