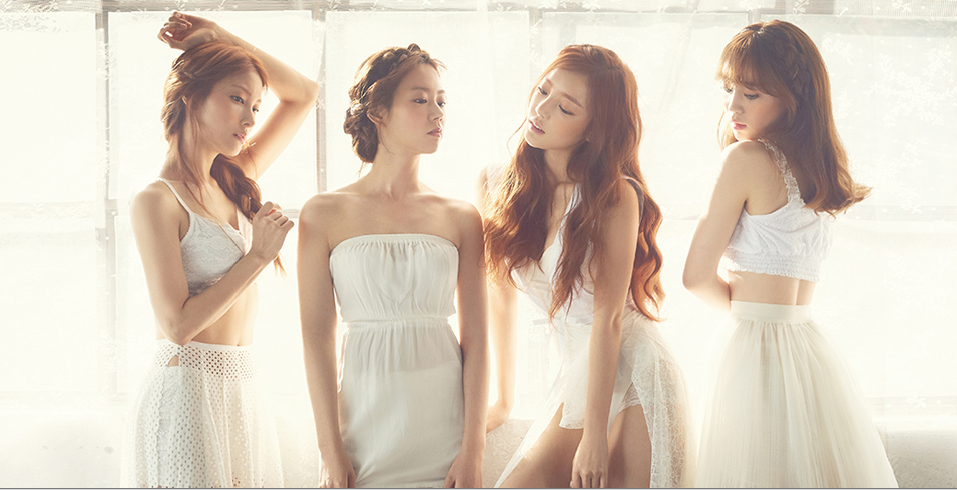 KARA made its latest comeback with Mamma Mia in the middle of August. The girl group saw a member line-up changed, with Nicole and Jiyoung departing the group to pursue solo careers, and the addition of Youngji. I honestly doubted this move, and wondered why the three remaining members didn’t just continue as KARA, but that all changed when Mamma Mia made me think, “Oh, KARA’s back.”

The music video is, for one thing, very busy. The sets were great –a beautiful lobby, lovely bedrooms that I wish I could call my own, and a party with fireworks that I wanted to be a part of. But every few seconds, the camera changed to a different set, and I honestly felt a bit dizzy when I first watched Mamma Mia.

There’s really no point for the multiple sets, except to show off different outfits and moods. This seems a bit silly for a song about going out and partying. The concept didn’t really match the lyrics, but it did get to show off KARA’s members at their best, in multiple settings.

Do I love the dance outfits? They’re really sleek and sexy, but they kind of look like something Catwoman would wear. KARA’s fierce one moment, and then wears beautiful, lace, and tulle dresses that are completely different, which are supposed to make the members seem… more innocent or something? Again, the busy-ness is apparent.

Mamma Mia has a lot of really nice sets and clothing, but there’s no plot and it doesn’t seem to really make sense –especially fashion wise. One minute, the four are in leggings, tanks, and combat boots with heels and the next they’re in haute couture dresses.

However, my favorite concept is the one from the party, which, even if it’s a bit cheesy with the palm-tree patterns, looks very modern and reminds me a bit of what 4Minute wore in Whatcha Doin’ Today. I particularly like the streaks of hair dye, primarily because it helps me differentiate the members (throughout the entire video, I was confused between Youngji and Seungyeon, despite being a fan of KARA for several years now). For some reason, I felt that Youngji and Seungyeon’s features are too similar.

If the visual aspects weren’t enough, the dance for Mamma Mia is captivating, and a very “KARA” dance. The group that became famous because of it’s “butt dance” continues it’s addictive dances in Mamma Mia. The dance has several notable dance moves, but two are the most prominent- the brushing-off move and the rowing-the-boat move. The arm dance at the beginning reminded me of Hindu deities (and also EXO’s tree of life, for that matter).

A dance song with a slightly techno feel to it, Mamma Mia’s introcould almost be out of an 80’s aerobic video. As the song progresses, it keeps the original old-school feel, but KARA makes it their own with the catchy, repetitive line “mamma mia,” as well as the member’s powerful vocals. Many lines seem to be given to Hara rather than the other three, which I thought was a bit disappointing.

I think the song is really powerful, and the idea behind it, of going out into the world (or party) and showing everyone who you truly are inside is great. However, It would have been more interesting if the video portrayed the meaning in some way, such as having the members appear acting certain ways before going to the party and showing up with completely different personas.

“No one can predict it

I’ll surprise everyone with my hidden image

To captivate you on this hot night, burn it up!

Even though the line distribution was a bit uneven, I think that Youngji was able to hold her own when performing alongside such experienced idols.