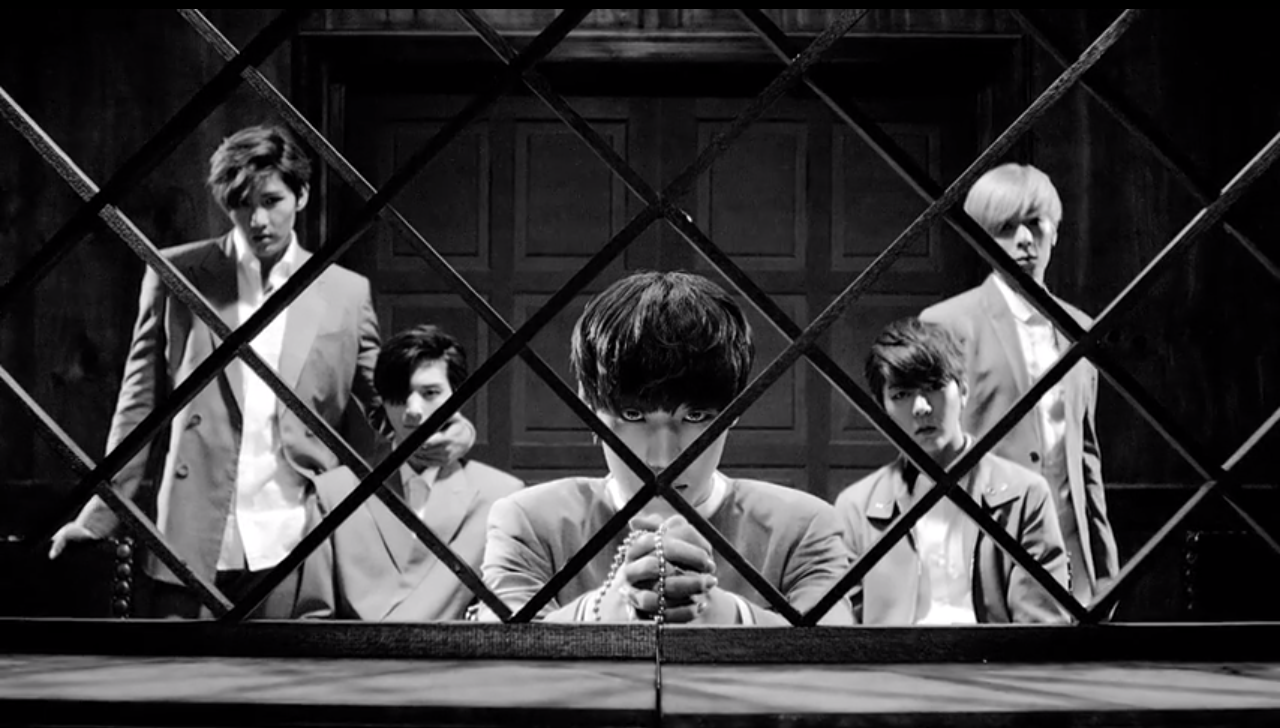 Loen Entertainment has made a name for itself by distributing music videos of famous Korean groups and artists. Aside from assisting with the distribution of new music, the company houses a few artists as well, under their artist label, Loen Tree. Sunny Hill and IU are under Loen Tree, along with label mate History.

Initially, in 2008, IU did not have much success when she debuted. It wasn’t until her follow-up album, Growing Up, that her name became known, and she became popular. Her third full-length album, Modern Times, was a hit from release, topping several music charts and programs. Although IU did not instantly become a huge sensation, she has developed into a great singer-songwriter; people absolutely adore her! Now it’s History’s time…

Let’s be honest, how many of you knew that History’s comeback will be their 3rd mini album? Anyone? I sincerely hope that this is the mini album that will make History popular among mainstream music. Granted, they are competing with BEAST‘s recent comeback and many other well-known artists, but people just need to give History a chance. I thought their debut song, Dreamer was a phenomenal piece, but, unfortunately, it did not receive much commercial success.

From their debut, it feels as if History is a group that was together for a while, based on how well their voices compliment each other and how mature they all sound. These boys slay all harmonies; they are just so amazing! Their voices all suit each other so well and sound so smooth together. Their sound isn’t really mainstream at the moment, but that’s part of what gives History their pop. Their music sounds familiar, yet modern and new. I can’t quite describe it, but I know that I love it.

History is back again with their upcoming 3rd mini album Desire. It consists of five tracks and displays elements of funk, jazz, swing, and other genres that are appealing to listeners. Hopefully, this will be the album where people recognize History’s talent so that their popularity could grow

Their title track, Psycho sounds like an ’80s anthem with the synths and bass. Let me tell you: I love me some ’80s anthems. There are only two teasers out, but I can already tell that this song is going to be on repeat for a while. As I mentioned before, History’s harmonies are impeccable, as are their high notes. There’s literally only 20 seconds of singing in each of their teasers, and the majority of the it is laced with harmonies. And that ending, with the creepy smile… This is going to be good.

The second teaser gives us a little more insight into the choreography and setting of the music video. It’s clear that the boys are in an asylum, because their love has turned into an obsession. The choreography looks like it will be pretty good. There wasn’t much given away in terms of dance, but there is a lot of touching each other on the neck and head area, as well as pushing each other away. There were a lot of scenes done in black and white, which I love for its artistic value in any video. Sometimes the simplicity of black and white just adds so much more feel and emotion.

History will release their Desire album on June 23rd, along with their title track, Psycho. Just like IU, I hope that History’s popularity will rise. There are a lot of talented artists out there, but there are some who are just under the radar. History is one of those groups. Psycho could be the catalyst that catapults them into mainstream popularity. No matter the outcome, I will always be a fan of History.Are you guys excited for History’s comeback? Do you think they’ll gain the following they need to make an impact in the mainstream Kpop scene? Don’t forget to subscribe to the site and follow us on Facebook, Twitter, Instagram, Tumblr, and Bloglovin’ so you can keep up with all our posts.

The English Club In K-Pop
Scroll to top