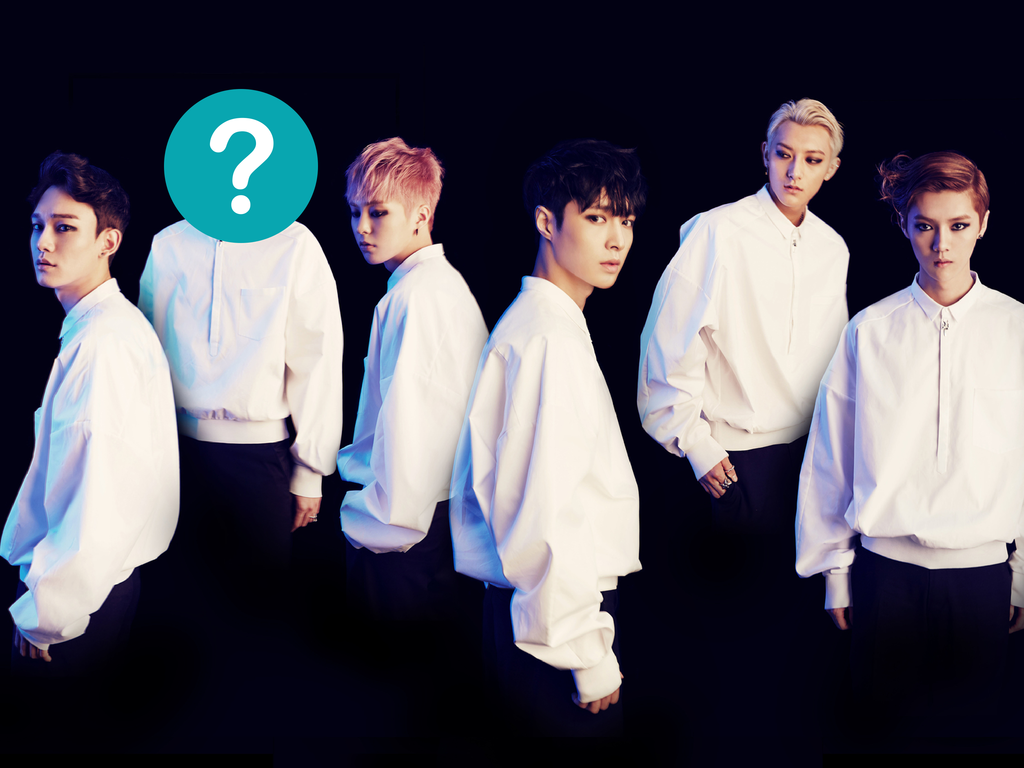 Unless you’ve been living in an underground bunker, you’ve probably been keeping up with all the drama surrounding SM Entertainment and EXO-M’s former member, Kris. Was Kris selfish, perhaps wanting to pursue a solo career in China? Did SM mistreat him, his health, and his career? Whether you’re #TeamKris or #TeamEXO, everyone seems to question what exactly made Kris leave the group and company. With recent news of Kris’ new movie deal in China, the former questions seem to arise anew.

So, did SM Entertainment really treat Kris or any of the other EXO-M members unfairly compared to their Korean counterparts? Let’s take a look…

EXO-M was destined from its inception to focus its promotions in China, while EXO-K promoted in Korea. Both groups debuted with Mama on the same day in their respective countries and had great success on various music charts. However, they promoted together as 12 members throughout 2013 with Wolf, Growl, and Miracles in December, but were mostly split again for Overdose this year.

It is news to no one who follows K-Pop that EXO’s popularity is rarely matched. Fans loved them through the teaser videos to the pre-debut songs to Mama and beyond. Their drama, CF, music video appearances, movies, emcee, and radio and variety show gigs were distributed mostly evenly for EXO-M members in Korea. EXO-K solo member’s activities far outnumbered their Chinese members because, as I said before, they were the ones geared to promote in Korea, not EXO-M. SM Entertainment has more leverage within Korea, so it makes sense that EXO-K had better accessibility to activities.

But in order to get a better picture of how EXO-M’s appearances were distributed between the members, take a look at these infographs: 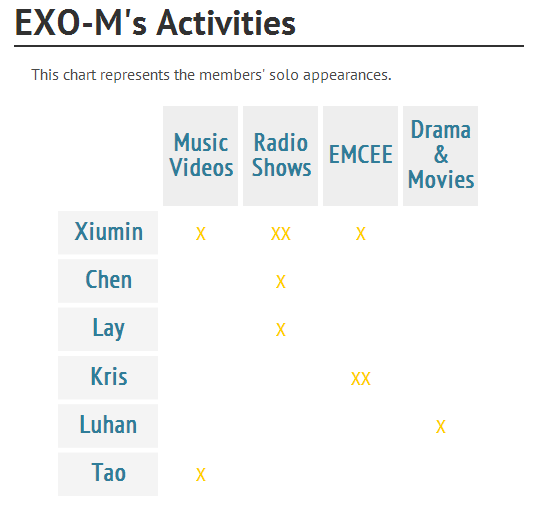 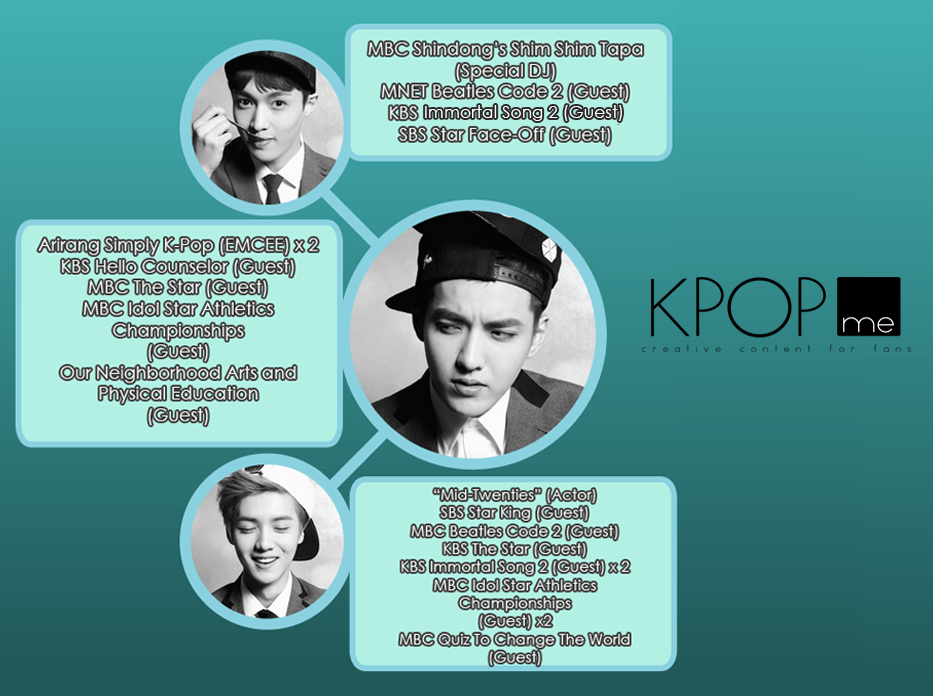 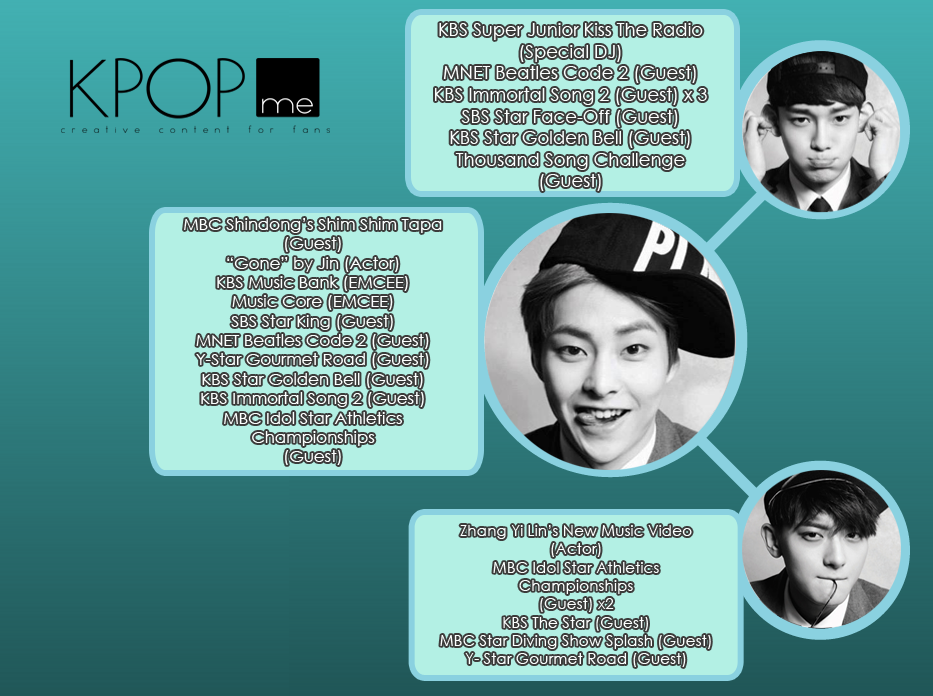 As you can see, Xiumin has the lead, but let’s not forget he has an upper hand on because of his fluency in Korean, due to the fact that he is, of course, one of EXO-M’s Korean member. On the other hand, the other Korean member, Chen, had more appearances than Kris, Lay, and Tao, but fell behind Luhan, a Chinese member. So, were these assigned fairly? Yes, considering lots of these were done with other M and K members in Korea.

Since those were individual appearances, let’s now take a look at the ones they did together as EXO-M: 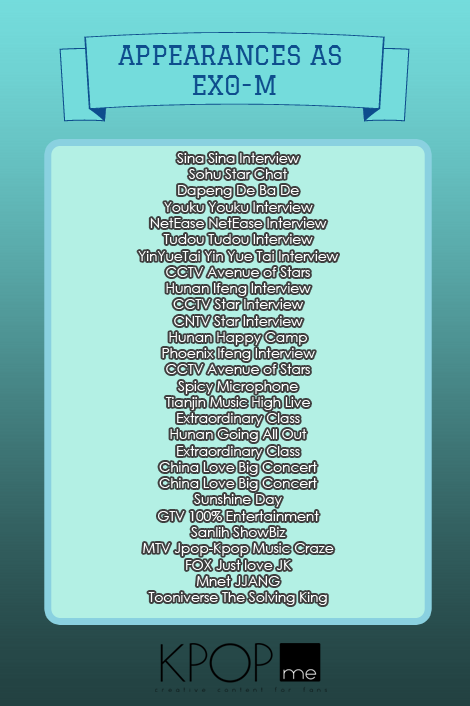 The news about Kris terminating his contract with SM and thus leaving EXO broke in mid-May, a month after SM announced that Luhan would be starring in a Chinese movie. Among his alleged grievances for leaving the company, there was some mention of the EXO-M rapper wanting to pursue acting in China, and this request being denied by the company. Coincidentally, news broke yesterday that Kris will be working with Chinese director Guo Jingming on a “mysterious project.” Furthermore, news about Tao starring in Zhang Li Yin’s new music video with f(x)’s Victoria also broke today.

It seems the question about who’s really to blame – Kris being selfish or SM mistreating him– seem to confuse us more than clarify the issue. Was Kris jealous of Luhan for having acting roles? Is SM giving Tao minor acting roles to appease rumors of inequality among the members? Geez, this plot is better than any K-Drama I’m watching right now…

Whether Kris is in the right and SM in the wrong, like with Super Junior’s Hangeng and JYJ, or vice versa, one thing’s for sure: SM was not treating EXO-M’s appearances unfairly. They all seem to have had around the same number of gigs. As to why they weren’t as involved in China, I do not know, but SM is definitely trying to get the EXO-M guys out there more.