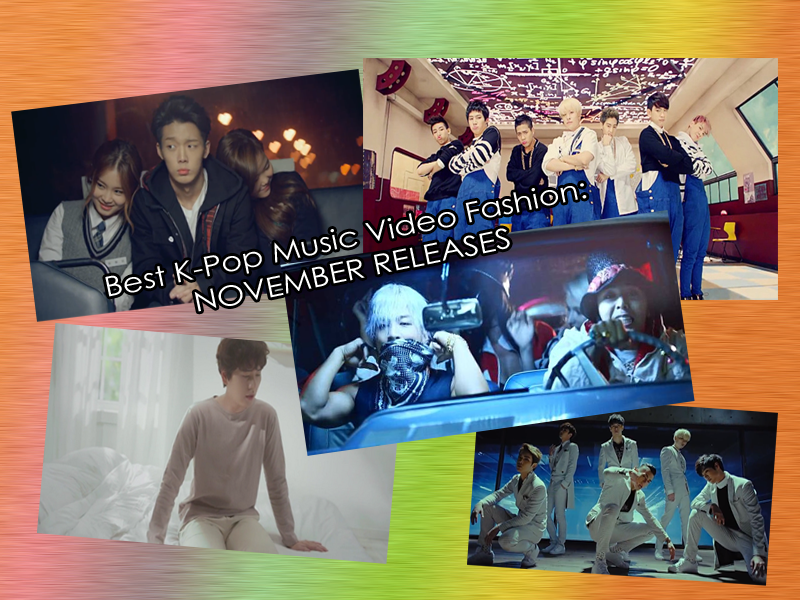 November saw many releases, but in the K-Pop world there are a lot of styles and fashion that are often recycled. This month’s list is short but it features an array of different concepts, such as Cross Gene’s more mature look, to the playful and futuristic styling of Got7, and the simple yet vulnerable look for Kyhyun’s solo debut. Here are the best fashion seen in this month’s music videos releases. 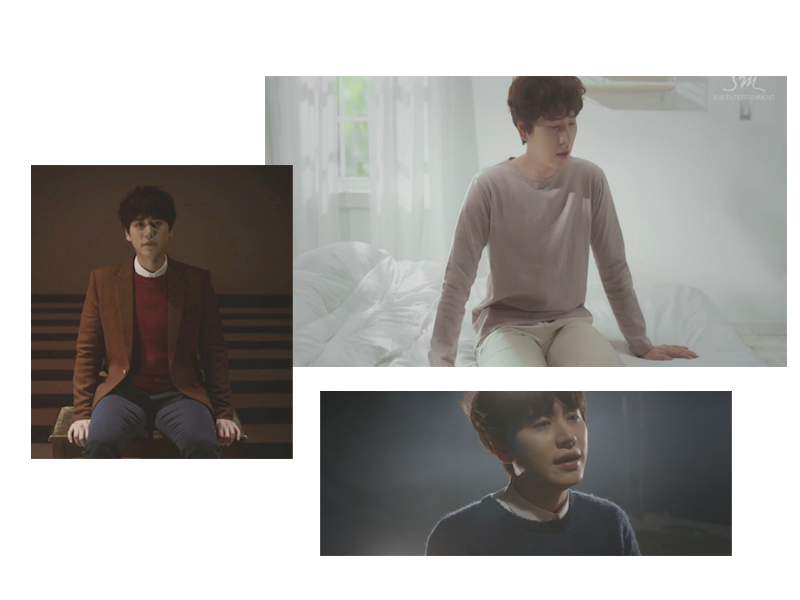 Super Junior’s Kyuhyun finally had his well deserved solo debut album. His first single At Gwanghwamun features the singer looking handsome in three simple outfits. The stylist was able to enhance the sadness of the song with the styling by dressing him in a color pallette that evoked nostalgia. The nude sweater paired with the white trousers creates a sense of vulnerability that goes well with the theme of the song and with the storyline of longing for his lost lover. While the styling is very simple, everything is paired with the beautiful photography and creativity of the video, making the simple fashion stand out. And can we take a moment and appreciate how handsome he looks?

CROSS GENE – I’m Not a Boy Not Yet a Man 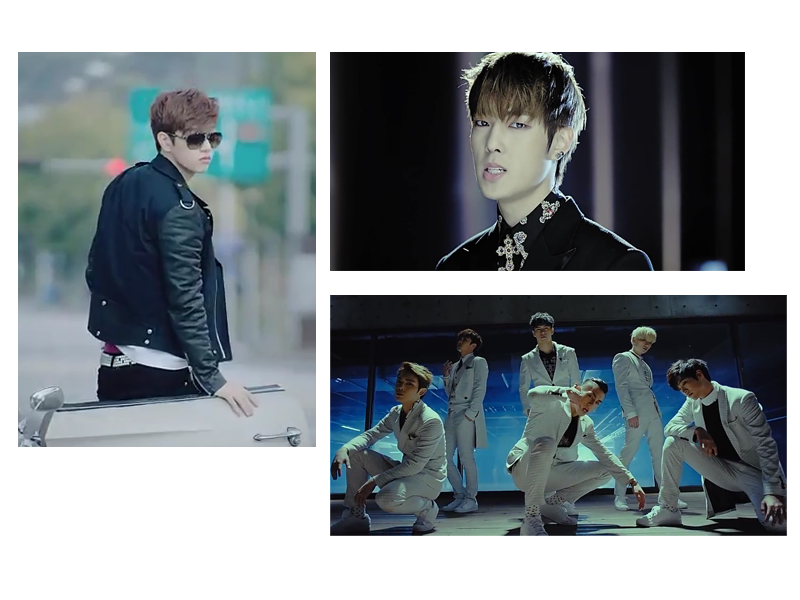 CROSS GENE released their music video for I’m Not a Boy Not Yet a Man on the second week of November. The boys came back with a styling that enhanced the members’ maturity and blended very well with the song’s concept. For the two different group shots, the boys were styled in white suits with black window panels and black suits with a print that features gold embellished crosses. In their individual shots, every member was styled according to their character on the music video and their personalities. 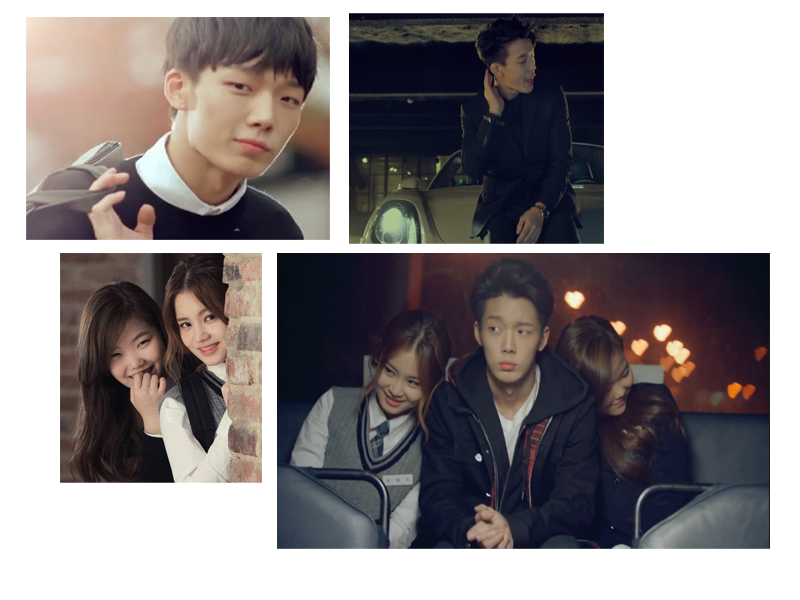 Lee Hi previously stated that she felt weird performing alone and that she would love to have someone to perform with. While Suhyun from Akdong Musician is no stranger to be in a duo, these two YG Entertainment vocalists, the company that loves to be different, came together on an amazing unit. The title of their debut single is I’m Different and features the amazing rapper and boy wonder Bobby from the upcoming rookie group iKON. The music video has the two ladies falling hard for the handsome Bobby to the point where they even stalk him everywhere almost becoming sasaeng fans of the boy. The girls are styled in girl next door outfits and cute uniforms. However, Bobby’s styling is completely different than what have seen him before, with the varsity outfits. Both the girls and Bobby look beautiful, but Bobby takes the credit for best dressed. He made us swoon here at KultScene when we first saw his solo part on the music video; that all black suit and tennis shoes make him look very sexy. 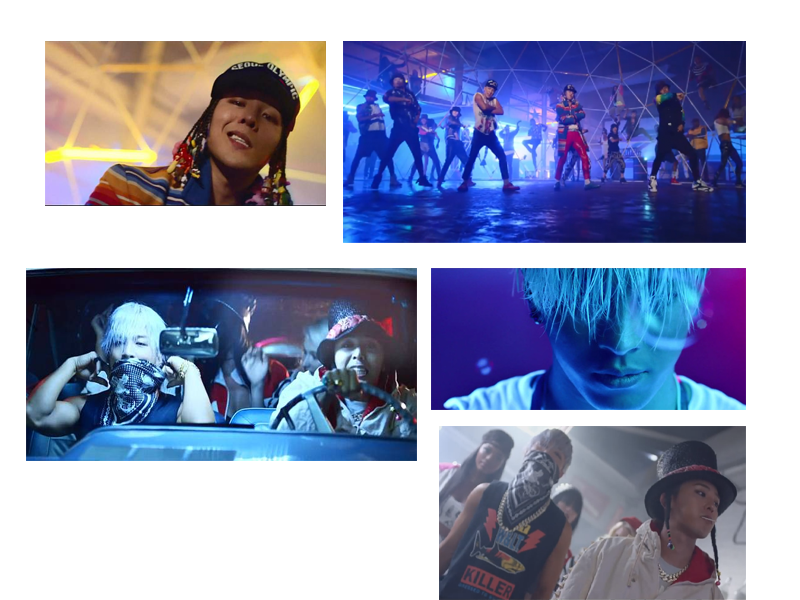 YG debuted its first hip-hop project in their new sub-unit by G-Dragon and Taeyang. GD X TAEYANG is their sub-unit name and they delivered a video full of neon, accompanied by the boys’ amazing fashion and their amazing party jam. The pair proves us once again why they are the fashion kings of Korea. G-Dragon and Teayang are not afraid of having fun with fashion. Their unique fashion choices by their stylists have turned these guys into true fashionistos. The music video is full of amazing British punk reminiscent looks, ‘90s hip-hop fashion, and high-end pieces that make every fashion aficionado burst with envy. 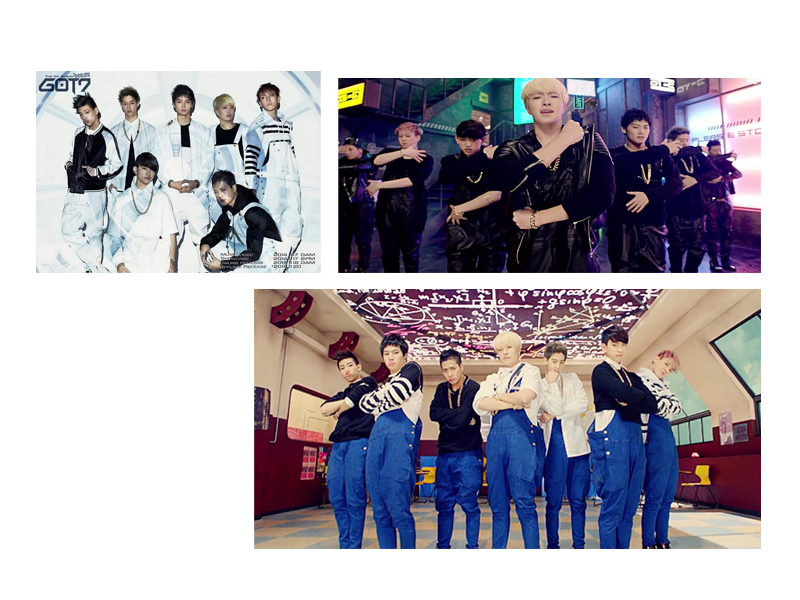 Got7 took us to the future with their comeback song Stop Stop It, out of their first album, Identify. The styling is full of interesting pieces, starting with JB’s outfit at the beginning. The asymmetrical striped shirt with one sleeve and zipper paired with the baggy drop crotch overalls. As each member starts to have their own camera time, the viewers can appreciate how much attention to detail went into each look. Their haircuts and pieces they wear give a feeling of a distant future. The stylist played with different silhouettes and proportions that created a very unique look for the Got7 members. There are no favorite looks on this video, all of them are similar, but they all look unique in their own way.

Which one was your favorite fashion of the music video releases in K-Pop for the month of November? Did we miss your favorite? We’d love to hear you thoughts and don’t forget to follow us on Facebook, Twitter, Instagram,