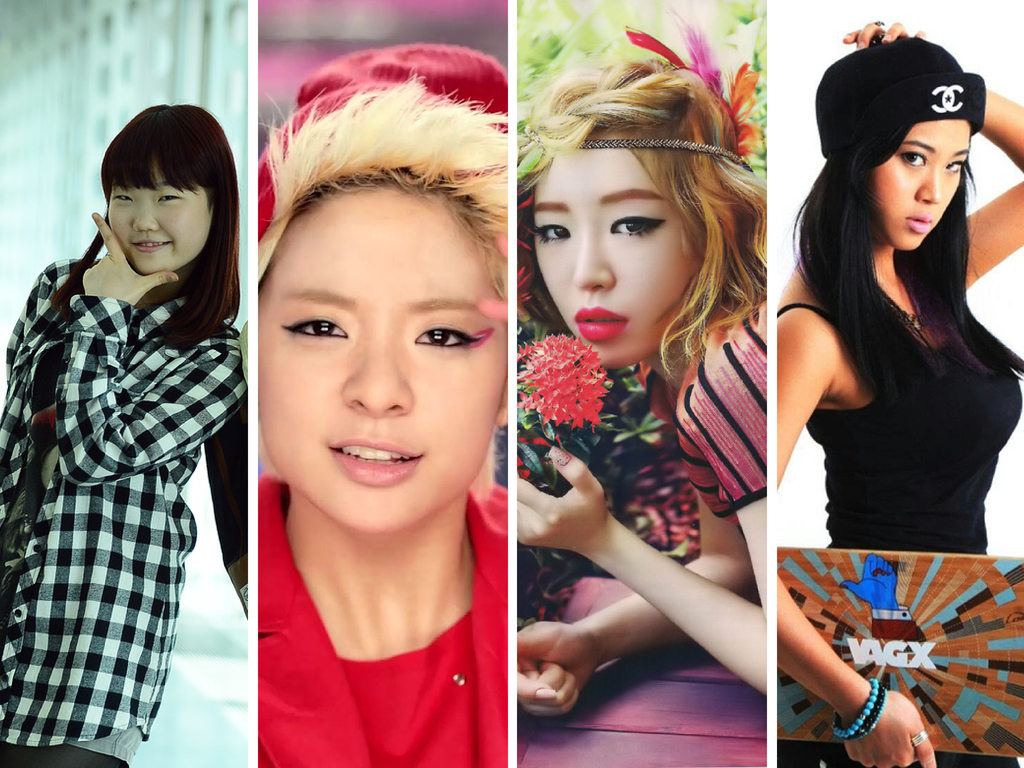 There’s one image that comes to mind when we think about female K-Pop idols: super skinny and very feminine. And while we may like and respect the predominant image in the genre, there are also other women who stand out for their unique beauty and are equally loved and accepted by the public.

Of course, not all artists want to be role models for fans, but being an idol comes with responsibilities, given that they have influence over large groups of impressionable kids. Here’s a list of four women who set good examples in terms of embracing their unique and natural beauty: 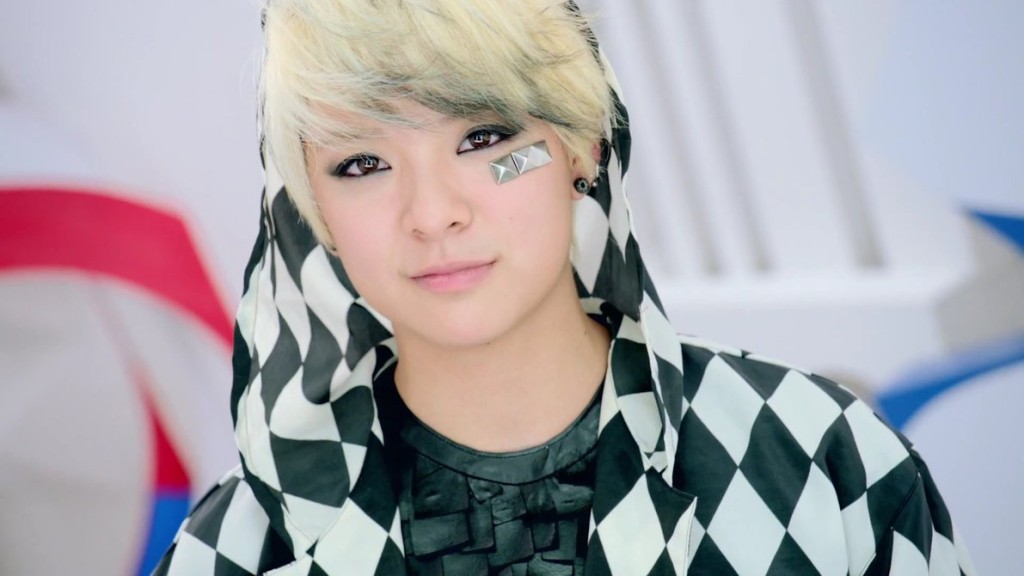 In an industry plagued by the über feminine and lady-like image, f(x)’s rapper stands out for being a tomboy and one of the very few you’ll ever see in the field. You will always find Amber wearing shorts or pants with loose shirts and short hair, even when the rest of the group members wear short skirts and heels.

Amber not only stands out within f(x), but in all of K-Pop.

Coming from the same company that produced Girls’ Generation, I find it fascinating how SM Entertainment decided to show the llama’s personal style and personality as is, rather than overwrite it completely and sell us something generic. Amber goes against the conventional K-Pop female idol image, “what works,” and guess what? She’s one of the most popular members among international fans! She’s the perfect example that there’s a market for every style and that individuality also works. 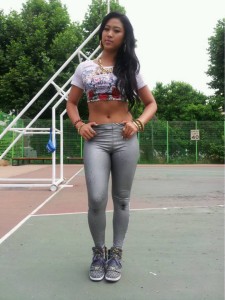 This rookie group’s company also decided to go against the current and debut a group who dances, sings, and looks different than most. But the one who stands out the most is Nada, Wassup’s rapper. This girl was blessed with an S line even Western artists can envy. Moreover, she flaunts what her momma gave her with flattering, form-fitting ensembles that are also very badass.

And this might not be twerking per se, but she does make movements with her booty no other female group attempts yet.

Let them haters hate and eat their hearts out.

Sadly, WASSUP deals with the scrutiny of a culture that doesn’t fully embrace sexy images and is often slut-shamed. But just as one equally criticized and fierce diva once said,

So grab your popcorn and pick a comfy seat because it doesn’t seem like the group’s stopping anytime soon. Curvy Korean girls can now be represented in the K-Pop sphere without having to turn to Western artists who might resemble them better. 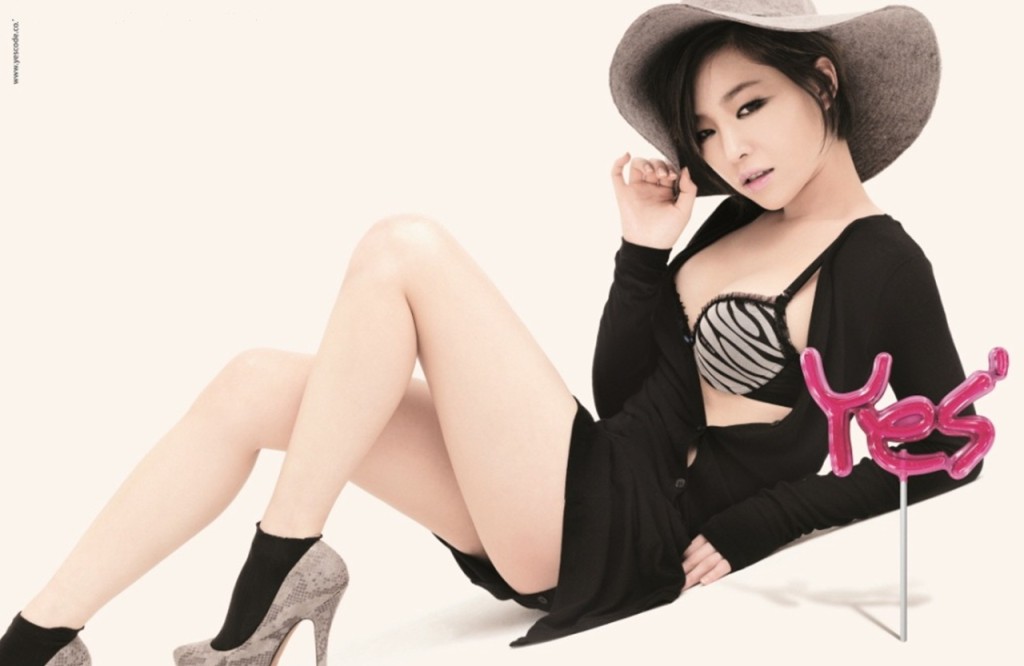 Ga In has lots of things going for her, including a great body and being very sexy. In a country where getting double eye-lid surgery is equivalent to getting a new iPad in the West for good grades, Ga In embraced her small eyes by opting out of the procedure and showing off her iconic smokey eyed makeup.

Her eyes are adorable and convey as much emotion of those with double eye-lids.

While this woman is not shy in flaunting her sexiness, she joins Soo Hyun in promoting self-image acceptance, which is crucial for young fans who look up to them. 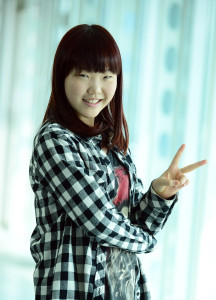 I fully understand that the K-Pop Star winner is only 15-years-young and she still has a lot of growing up (mentally and physically) to do, but it seems like she and her brother have a good idea or the route they want to embark within the music industry.

Akdong Musician revealed on an interview the plastic surgery clause in their contract with YG Entertainment. Chan Hyuk, Soo Hyun’s brother, commented that they amended their contract to include that they would not undergo any plastic surgery. And while there really isn’t anything wrong with K-Pop idols with plastic surgery, it’s really refreshing to see artists with enough self-esteem to accept how they look naturally. Soo Hyun’s super cute as is right now and she still has to finish puberty, but the fact that she’s taking precautions with the possibility of her agency making her alter her looks is commendable.

Precious and perfect just the way she is.

The siblings’ success goes beyond their looks, for they have just formally debuted and have slayed all of K-Pop with their hits “200%” and “Play.” Soo Hyun is the best example of how talent triumphs looks any day.