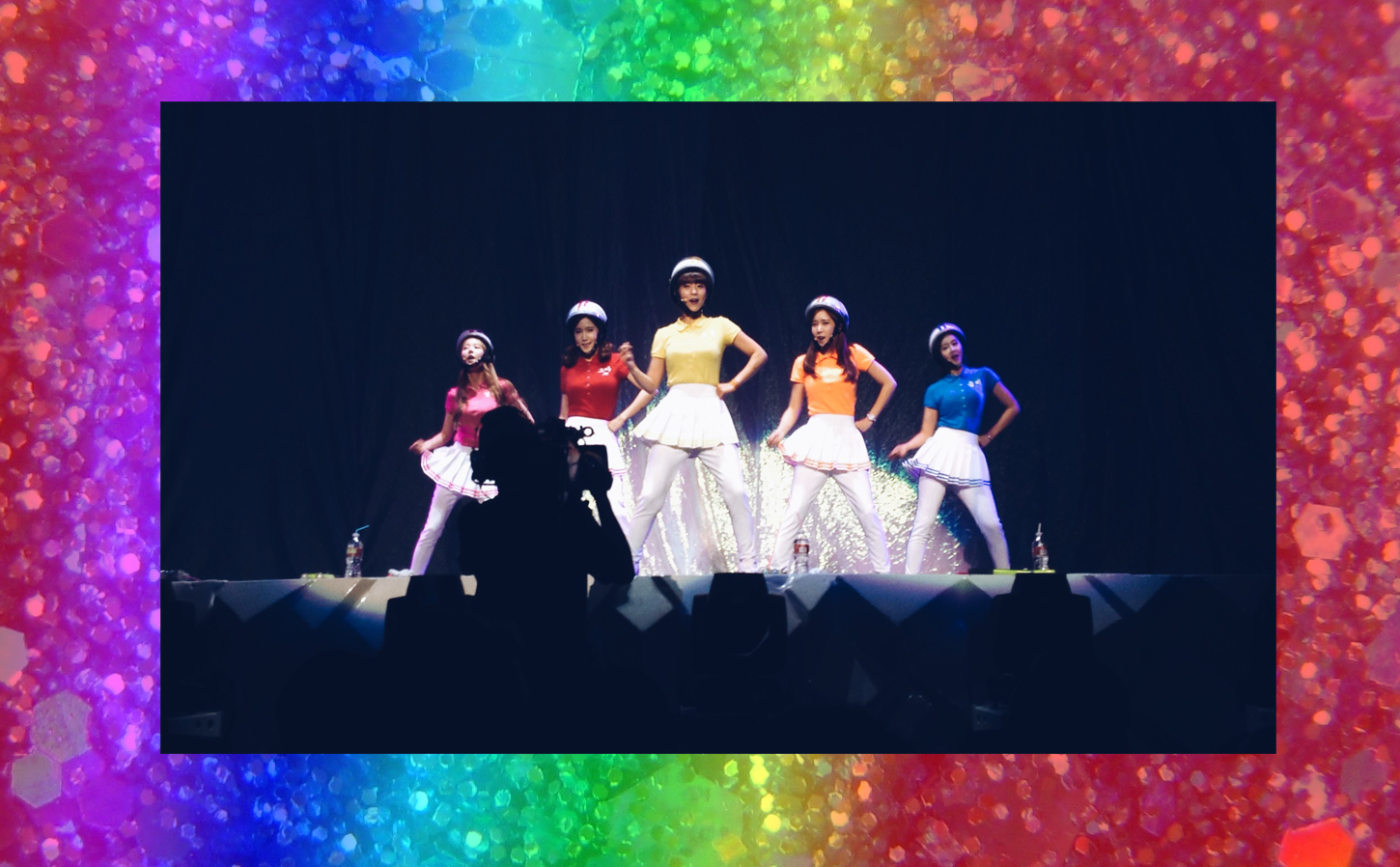 Viral sensation Crayon Pop finished their gig as the opening act in the sold-out Lady Gaga’s artRAVE: The ARTPOP Ball on July 22nd at the famous STAPLES Center in Los Angeles, CA after a month of shows. Soyul, Gummi, ChoA, Ellin, and Way landed their spot on the tour after gaining Gaga’ attention with Bar, Bar, Bar.

At eight o’clock sharp, the lights in the immense venue went off. Everyone (including the small group of people who had attended Crayon Pop’s 1st USA Fan Meet prior to the event) started screaming. Then, PETGA (the interface for Lady Gaga’s ARTPOP application) appeared on the screens and announced, “Introducing, from South Korea, Crayon Pop.” A video that showcased Crayon Pop’s viral phenomenon played on screens featuring performances from the girls and fan cover videos. After the video ended, the lights came off again, and there they were; five silhouettes appeared on stage. 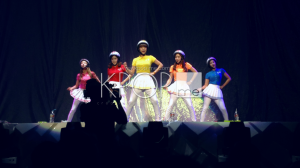 Bar Bar Bar played through the speakers and Crayon Pop was ready to charm everyone with their amazing talent. It was amazing to hear how their fans started chanting “Pop, Pop, Crayon Pop!” and the rest of the fan chants. After the first song ended, the girls immediately looked over the audience and spotted the small group chanting for them. They smiled, sent hearts, and kisses to them for showing their support.

The girls then introduced themselves and thanked Lady Gaga for the opportunity they were given. They continued with Bing Bing, then Dancing Queen, followed by Saturday Night. The energy that the girls gave everyone from stage was captivating. You could tell that a lot of the Little Monsters who had never heard of them before were being captured by Crayon Pop’s charm. 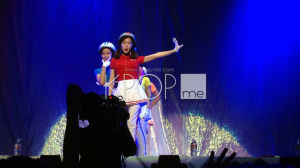 The next song was Lonely Christmas, and told everyone that even if it’s a Christmas song they still wanted to perform it because it’s really fun. By this point, everyone danced and even tried to mimic their choreography. They girls continued to talk to the audience in English, and introduced each song. Their next song was Uh-Ee, and they explained how to do the ahjumma dance since they wanted everyone to do it. 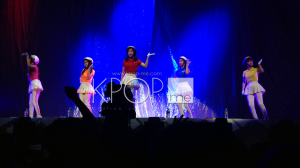 They finalized their set with Bar Bar Bar 2.0. Before performing it, Way taught everyone the key movements of the dance. Since this song was performed before, most people already knew some of the lyrics, and you could hear everyone trying to sing the song. As Crayon Pop said goodbye and got off stage, they left a lot of their fans with mixed feelings of joy and sadness. Because even if the girls promised to be back, no one really knew when. 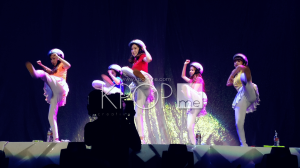 After Lady Starlight (another opening act), Lady Gaga’s main stage proceeded. But to fan’s surprise, the girls were invited back during her performance of Swine. They started jumping and dancing with Mother Monster herself, and all the remaining Crayon Pop fans and Pop-jussis (male Crayon Pop fans older than Gummi) were enamoured by the surprise.

The second show at the STAPLES center marked Crayon Pop’s last performance marked their last performance on the tour, as they make way for Japanese girl band Baby Metal. And in order to commemorate one of the biggest experiences of their careers,the girls gifted Lady Gaga with her own customized Bar Bar Bar uniform.

Take a look at our video coverage of Crayon Pop’s opening act.

Sexualization in K-Pop: The Bare Truth

Into the Minds Behind Crazy Korean Cooking
Artist Spotlight: Sistar