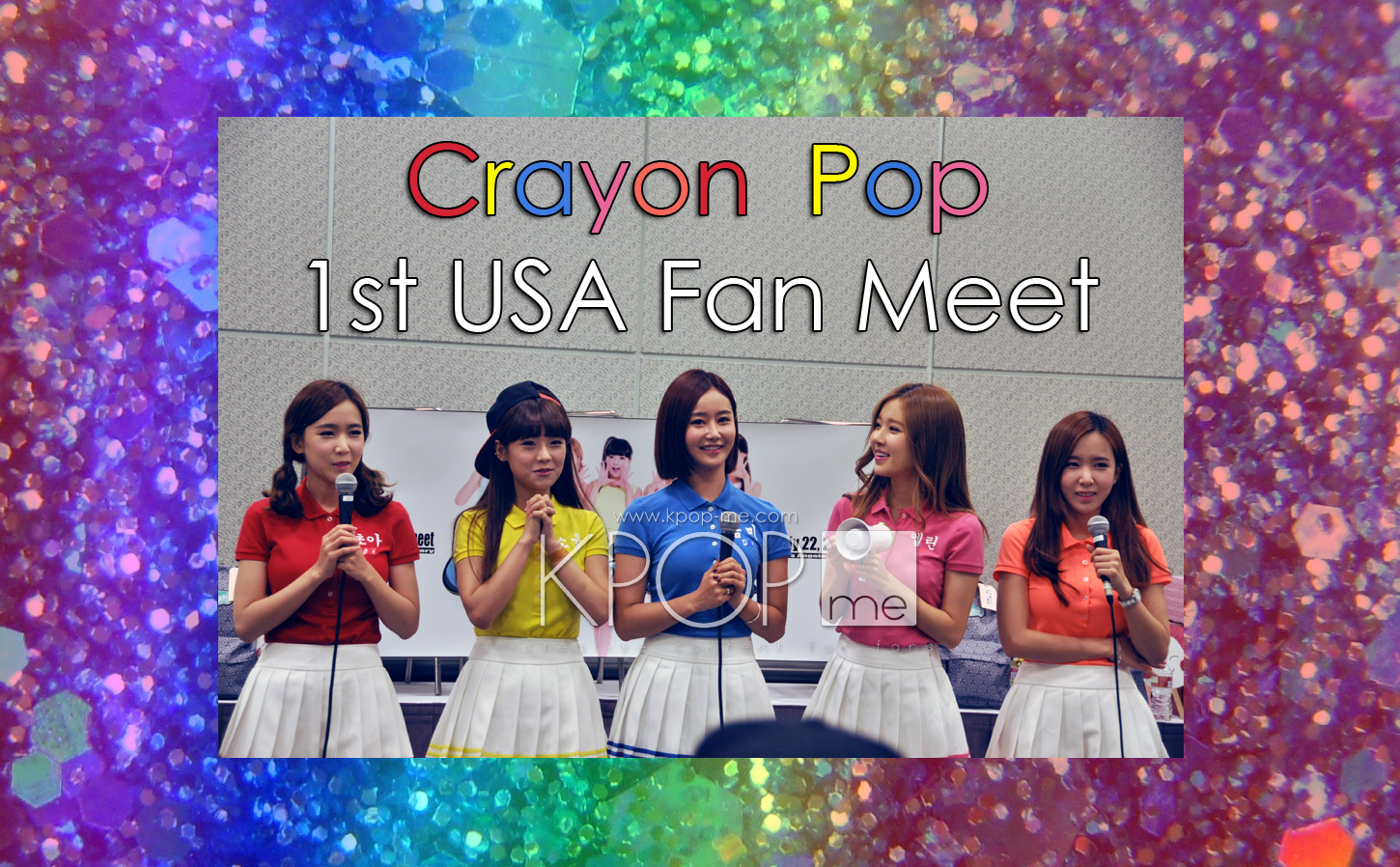 Crayon Pop held their 1st USA Fan Meet in Los Angeles on July 22nd. CrayonPop.me, a fan site, held the event at a small room in the enourmous Los Angeles Convention Center. The fan meet conventionally landed on the group’s second year anniversary. Geummi, Ellin, ChoA, Way, and Soyul met 100 lucky fans that were able to be part of their first fan meet.

Despite Chrome Staff almost postponing the fan event due to their opening performance at Lady Gaga’s artRAVE: The ARTPOP Ball being pushed back an hour, the event continued as planned. Some dedicated fans had arrived two hours prior even though the itinerary stated that people should arrive at noon. Shockingly, around 75 percent of the fans in attendance were men.

After checking in with the event’s staff, attendees were given a number with the row they’d sit in. As people waited for Crayon Pop to get there, they practiced for the handshake. The girls would actually be standing, instead of sitting down behind a table, which got everyone very excited because it guaranteed direct contact with Crayon Pop.

Most people were hoping to get a selfie and an autograph. But since there would be roughly five to 10 seconds of interaction which each member, you had to choose which interaction you wanted with them. After the practice ended, everyone began getting nervous and excited. Their music played in the background, and some fans sang, danced, and cheered to the songs. No one could contain their excitement; they were about to meet their favorite band!

The girls would allegedly get there at 1:30 p.m, but they were behind schedule, as one of the staff informed attendees. Fans got a little disappointed, but they knew that despite this, they would be able to meet them eventually. As everyone waited, some fans that would be attending Gaga’s concert began practicing Crayon Pop’s fan chants so the girls could have somewhere to look and feel support from their fans. By 2:40 p.m., fans still waited for Crayon Pop to arrive, but that didn’t stop anyone from practicing and mingling with other fans. Then the staff finally said that the group was on its way up to the room, but due to the venue being enormous, they would take around ten minutes to get there.

Crayon Pop is band that is known for their energy and endless charm. As soon as they finally walked into the room, you could feel how full of energy they were despite their busy schedule. Everyone cheered “Pop, Pop, Crayon Pop!” The girls introduced themselves and told everyone how happy they were to see their fans there and feel their support. Geummi expressed how excited she was to have their first fan meet in the U.S. and couldn’t stop thanking everyone. 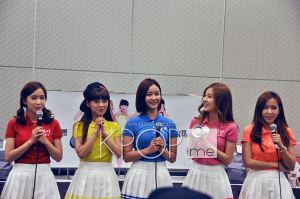 After the girls talked to the fans for a few minutes, the handshake was ready to start. As soon as the first row started to form in line, fans started taking selfies and getting autographs from the girls. Since doing both was taking a little bit more than expected, Chrome staff informed the organizers to let everyone know that fans couldn’t take pictures with them because it was taking longer than expected. However, despite this restriction, a few fans still got their selfies with them, Crayon Pop never refusing.

It was amazing to see how happy the girls were; they were hugging, kissing, and taking selfies with their fans. They really gave them their all. At the end of the handshake, the girls received gifts that CrayonPop.me prepared, a congratulatory book that had messages from Crayon Pop fans all over the world. The book was handed to ChoA, and she seemed very surprised and excited for it.

After a fun hour with the girls, they gave their farewell and stated that they loved their L.A. fans and promised to come back very soon. They even asked to see who was going to see their opening show for Lady Gaga so they could see us there. 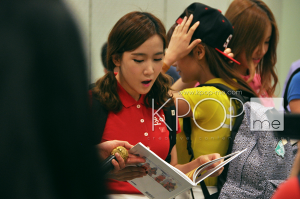 After the girls left, their energy still inhabited the room. Everyone felt stoked they had an hour with them, and showed their autographs and pictures with them to each other. Fans had to wait in the room until Crayon Pop was escorted out of the convention center.

When the fan site staff came back to the room, they had a surprise for us. They were able to get six albums signed by the girls and they did a raffle to give them away. At the end, CrayonPop.me thanked everyone for their support and everyone cheered for them. The event ended but everyone was happy they had this opportunity.

Were you one of the lucky ones to attend Crayon Pop’s 1st USA Fan Meet? Tell us your experience in the comments! forget to subscribe to the site and follow us on Facebook,Twitter, Instagram, Tumblr, and Bloglovin’ so you can keep up with all our posts.

Let’s Discuss: Why Does ZE:A Get So Little Love?
Block B’s “HER” Music Video & Song Review