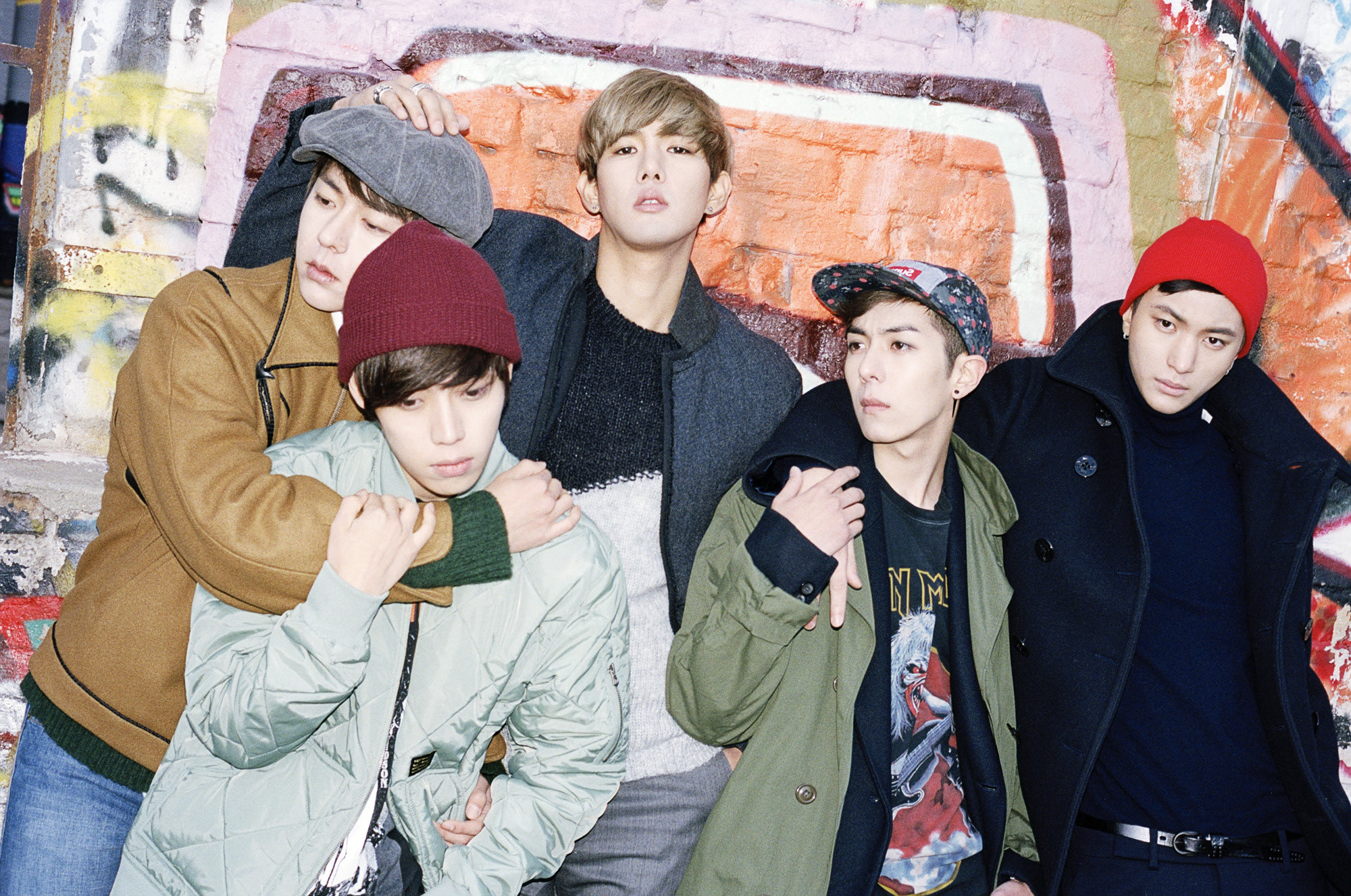 Debuting in 2013 with Dreamer, HISTORY is a great group that hasn’t gained as much popularity as it deserves.

When LOEN Entertainment (now known as 1theK) announced its first boy group, there was a lot of anticipation. This would be the first male idol group coming out of LOEN, which produces IU, Sunny Hill, Fiestar, and several of the Brown Eyed Girls’ solo songs. As a result, the Korean entertainment industry knew that the new group would have its own unique style.

HISTORY was introduced via several teaser videos, beginning with “Do You Know Us?” which starred IU. Next came a set of teasers called, “Real Dating Tip Book,” where each member gave comical advice about dating. However, instead of being helpful, the members acted out the exact things that would disgust the object of their affection.

The quintet debuted on April 26, 2013 with Dreamer, a song with a big band sound that seems more suited for Broadway than K-Pop. IU narrated the song, and Son Dambi appeared in the music video.

While Dreamer was HISTORY’s debut song, the public already knew several of the members. Leader Song Kyungil was well known as a dancer, who appeared in several of IU’s performances; he was also known to be friends with BIGBANG’s G-Dragon and T.O.P.  Rapper Kim Si Hyoung had appeared in the third season of Ulzzang Shidae while main vocalist Jang Yi Jeong had become a smash hit on Birth of A Great Star 2; Na Do Kyun went by the name “Na Yul” when he was a member of the rock-ballad group Buzz. Only Kim Jae Ho hadn’t been known in the past.

HISTORY’s first comeback was the following August, with Tell Me Love. In comparison to Dreamer, Tell Me Love is a much more typical dance song. The video, like so many Korean music videos, had the members in stylish outfits and dancing on a single set.

In November, HISTORY announced yet another comeback, with the mini album Blue Spring. HISTORY filmed the music video for title song What Am I To You in Germany, and featured yet another side to HISTORY; Dreamer was a showtune, and Tell Me Love was a dance song, but What Am I To You is a Latin-inspired pop song that featured the members as bad boys living the rough life. The video had a 19+ rating for drugs and violence, which is rare for rookie idol groups to discuss.

HISTORY made their 2014 comeback only after several months of not hearing from them—the group made a comeback in June with Psycho. The song and music video are most thematically similar to What Am I To You, showing HISTORY’s darkside.

However, each song from HISTORY has a unique sound and style, and this latest song was influenced by the classic Alfred Hitchcock film, Psycho; the members depict a man suffering from multiple personality disorder who is obsessed with a woman. The song is haunting, and the dance is one of the sexiest to come out of K-Pop this year.

HISTORY has also starred in a handful of variety shows featured on Loen Entertainment/1TheK’s YouTube page, but has yet to star in any popular variety shows or dramas.  Hopefully HISTORY’s unique style and talented members will get more attention soon, so that fans can see more from the members.

8 K-Pop Jams For Your Next Workout
Let’s Discover: Exit