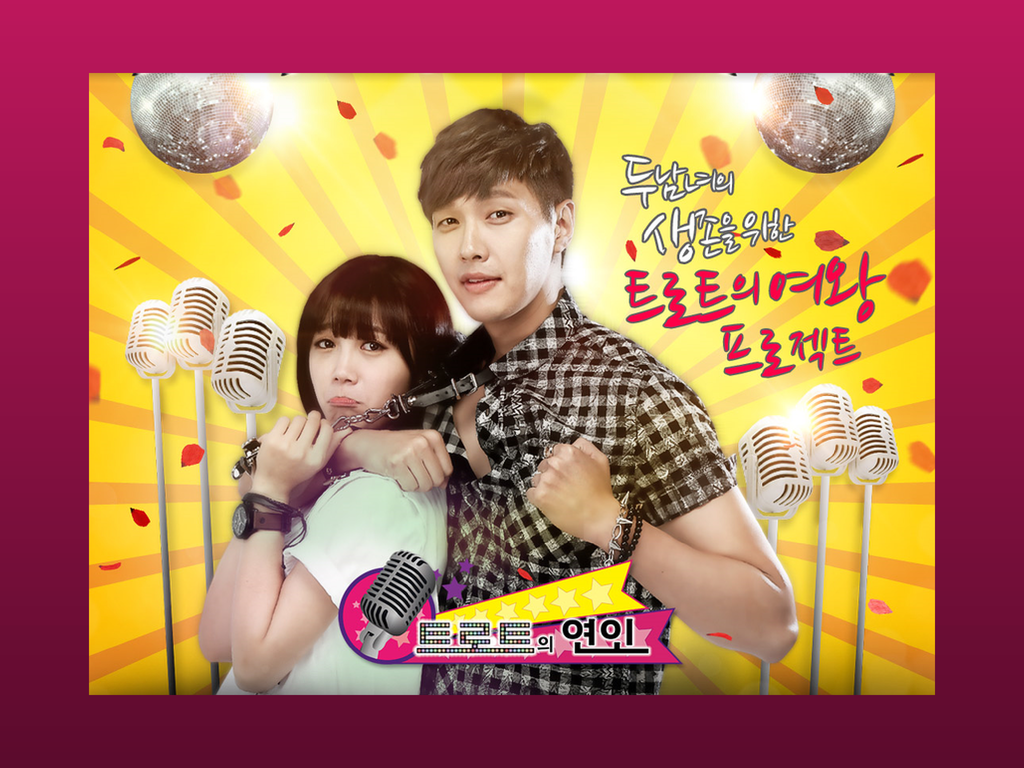 Even though it’s been lagging behind Doctor Stranger, Trot Lovers has been among the most viewed dramas in its time slot since it premiered. And while the plot line in its essence is nothing new, Trot Lovers has that je ne sais quoi (but it probably concerns its comedic approach) that gets you hooked since the first episode.

If you’re not currently watching this drama, I will give you four short reasons why you should get on DramaFever or Hulu and start ASAP. Here it goes:

If you were (or still are) a fan of tvN’s 2012 drama Reply 1997, you’ll surely enjoy Trot Lovers because of A-Pink’s Eunji. I don’t know if this is intentional or Eunji simply can only play one character as an actress, but anyone who liked Sun Shi Won will like Choi Choon Hee too because they’re very similar.

Even though both characters follow the ever present plotline of needing to be rescued by the leading male, these are not useless women without their male counterparts (think Jan Di in Boys Over Flowers). No, Choi Choon Hee is, to some extent, independent and her own strong person who doesn’t always take Jang Joon Hyun’s ish so willingly. In fact, she only lets the former singer boss her around so he can help her become famous and pay off her father’s debt.

Furthermore, you’ll often see Choon Hee breaking free from Joon Hyun’s grasp (in most K-Dramas, girls get manhandled a lot!) or talking smack back to everyone. She’s obviously not as funny or whiny or crazy as Shi Won, but hey, they’ve only aired five episodes of Trot Lovers so far. There’s still some hope that Eunji will make Choon Hee just as funny or funnier than Shi Won.

The eye-candy factor should be more than enough, but ok, I’ll elaborate. Recently released from the army, Ji Hyun Woo gets his hunky self back in the acting game by taking the male lead, Jang Joon Hyun, in the drama. And even though he plays a self-centered, mean, singer à la Hwang Tae Kyung (You’re Beautiful), he’s just as likeable in a masochist way that, let’s be real, a lot of girls like. I mean, really, who can resist those scenes when he sings while playing the guitar? Not me, of course. Plus, he’s developing a really sweet relationship with Choon Hee’s little sister, which is adorable! And that eye smile! I die!

I hope I’m not giving you this drama-ruining spoiler experience by pointing out that a love line and love triangle is bound to happen –it always does! It’s so predictable that I already want to see it develop before my eyes. It will obviously play out with Choo Hee at the center and Joon Hyun and Jo Geun Woo (CEO of the entertainment company played by Shin Sung Rok) chasing after her. And we can’t forget about Park Soo In (played by Lee Se Young) who used to be Joo Hyun’s lover and now is jealous of all the attention Choo Hee’s getting. I’m still not sure which guy this girl will pursue yet, but she has ties with both of them too.

Even at five episodes in, you can see that the Choo Hee-Joon Hyun relationship will be a love-hate one, making Geun Woo the second male lead who never gets the girl but always has a more meaningful relationship with the leading woman.

While I don’t have the knowledge to properly say what “good singing” is, just like Geun Woo pointed out during Choo Hee’s trainee audition, her voice and interpretation amuses people and makes them dance. And even though Eunji is described as a “competent to good” vocalist by a blog more savvy than me in this department, it’s safe to say she’s bringing trot to the domestic K-Pop and, ultimately, global audiences as well.

What’s Super Junior Been Up To Between ‘Sexy, Free, & Single’ &...
Scroll to top