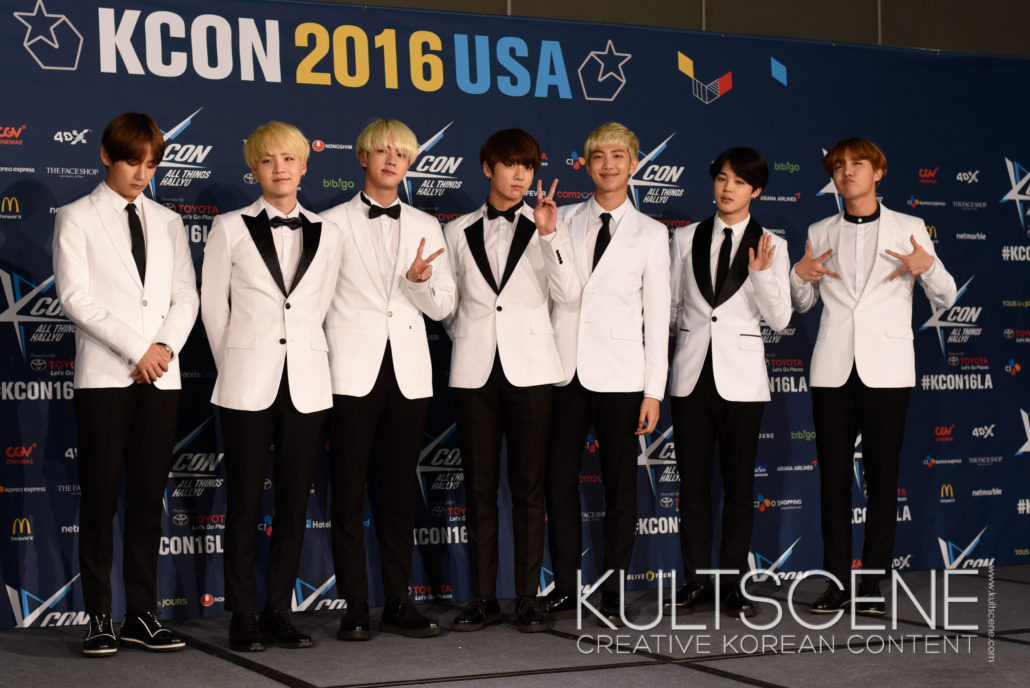 With KCON’s rapid expansion all across the world, it’s no surprise that it would eventually reach one of Latin America’s largest countries and one with some of the most ardent K-pop fans, Mexico. Over the years, Mexico has been getting some more and more well-deserved K-pop attention, having hosted concerts that not even the U.S. have gotten (mainly Super Junior’s Super Show and SHINee’s SHINee World, although we’ll get the latter in March).

One of the biggest K-pop events of the year is finally heading down south, with top tier acts, no less. The official lineup includes KCON LA and NY past performers like Monsta X, BTS, and Red Velvet, and it also includes acts that even the U.S. KCONs haven’t gotten (yet!), NCT 127 and EXID. Other performers include Eric Nam, Astro, and INFINITE H. The event will be held at Arena Ciudad de Mexico on Mar. 17 and 18. Tickets went on sale on Feb. 7 and they range from 4,500 pesos (around $225) to 1,000 pesos (around $50).

And if KCON Mexico is your first K-pop show or you have never seen these specific acts, allow me to be of service. Having been blessed with trips to many K-pop events, including KCON LA and NY, over the years, I’ve seen mostly* every group and soloist on the lineup. This means I have a pretty good idea of what to expect and what will probably go down at both concerts. So let me break it down for you a bit…

[* With the exception of NCT 127 because they’ve never performed in the U.S.]

Let’s be real now: BTS is not only a popular group, it’s a freaking phenomenon. Until now, I’ve seen them perform four times (at their multiple KCON appearances and their Show & Prove mini-concert from American Hustle Life), so believe me when I say that you can expect two things: it’ll be lit and it’ll be absolute madness. ARMY do not play around; the amount of energy BTS leaves on stage is directly proportional (if not more!) to the fans’ excitement. 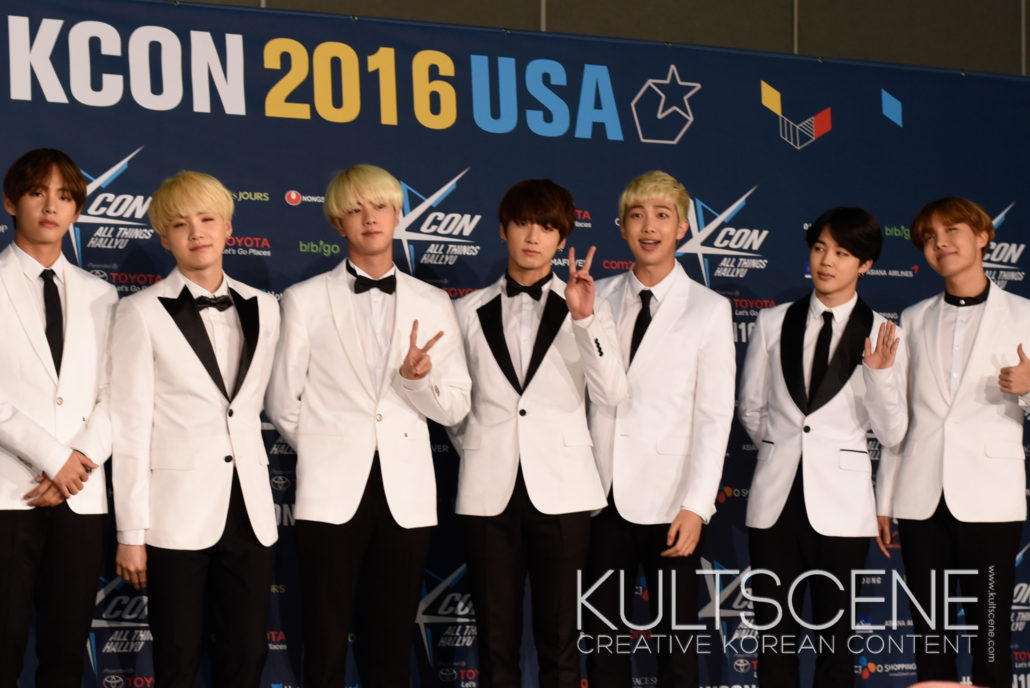 We can always count on them to drop their hard-hitting bars and hit every move in their intricate choreographies. Last year, BTS went to both LA and NY, and while the song list differed a bit, they performed “Cypher Pt. 3: Killer” in each show, and both times it felt like it was their own concert; they absolutely dominated and set that place on fire. Moreover, the group recently dropped two singles, so we’ll witness those fresh out of the oven. One can only hope the same will happen in Mexico.

SM Entertainment’s newest girl group performed at KCON LA in 2015 fresh off of “Ice Cream Cake.” Back then, they didn’t have enough “red” singles to fill out their set so they performed a cover. Now, however, with “Dumb, Dumb,” “Russian Roulette” and “Rookie,” they have the roster to put on the most uplifting and fun stage out of all of the artists. Expect lots of aegyo and a pit full of dancing fans. 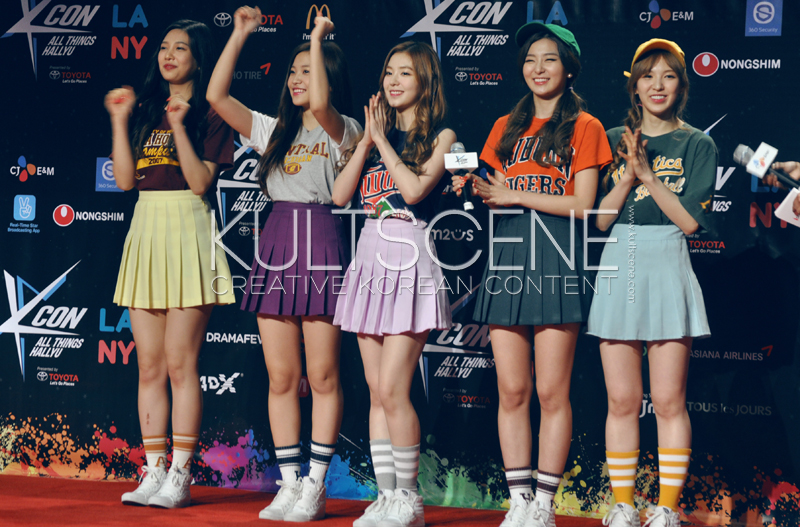 When Monsta X performed at KCON LA 2015 just a couple of months (maybe weeks?!) after their debut, they blew everyone in attendance away with their potent performance which consisted of a couple of album cuts and one single. One! That’s all it took to convert more than a few fans into Monbebes (their fandom name). Then the next year, they followed it up again in Los Angeles with another outstanding performance full of even more confidence and swag, since their fans were visibly repping for them in the audience. Similar to BTS, with Monsta X, KCON goers are in for a treat with their set. Get ready to turn up to all their fierce singles and flaming choreographies. 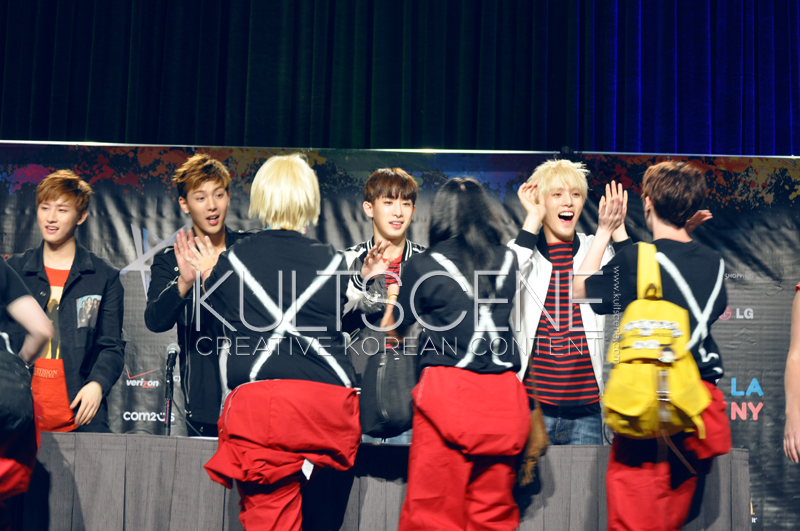 If you can go to one K-pop concert, while the decision is massively difficult, a contender is without a doubt INFINITE. And while we’re not getting the whole group, the subunit INFINITE H comprised of members Hoya and Dongwoo is the next best thing. During their INFINITE Effect US tour last year, the duo performed a handful of their singles and album cuts and commanded the stage like it was their own show. Both performers are triple threats, being great dancers, rappers, and even singers. We’re all in for a treat with this duo who will surely makes us forget for awhile we are actually at KCON and not their solo concert.

Female representation on the KCON stage is always scarce, and this time it’s not different. However, a sexy girl group is just what we need to bring a bit of diversity in the acts. Having survived near disbandment prior to taking off with “Up and Down,” EXID have propelled themselves as the sexy, cool girl group K-pop largely lacks. Power vocals, a charismatic rapper, and easy to mimic dance moves to pretty much all their singles ensure a fun set. Having seen them two years ago at the Korea Times Music Festival, EXID commands the stage in a way that will have you glued to their every move. Not to mention Hani’s goofy side is sure to make an appearance.

Eric Nam has been a KCON regular for years as an MC or special guest. However, last year he finally got to perform at the convention, first in New York and then Los Angeles. Following his success in Korea with his recent releases, Eric put on a very contradicting performance, with his songs being super heartfelt and then shifting to his usual dorky self we grew to love on After School Club. And while he’s not the best dancer, he puts on a great show and always engages with the audience. Not to mention he actually speaks Spanish, which is rare if not unheard of in K-pop. Plus, this may be a stretch, but with Hoya also performing at KCON, who knows? Maybe we will finally get that performance of “Ooh Ooh” he promised fans in KCON NY. 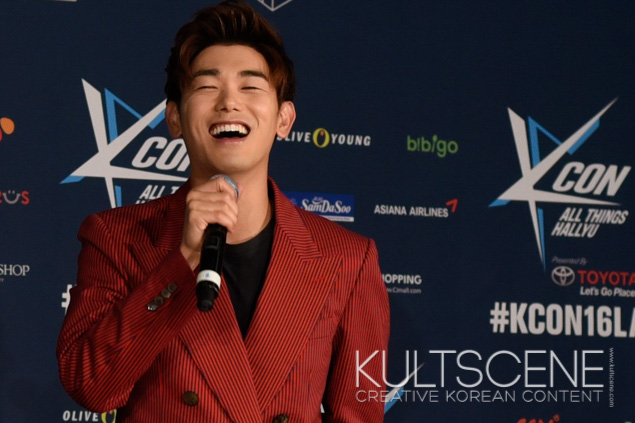 Astro is the one group KCON and DramaFever have pushed since their debut but have not gained as much traction as expected. Last year at KCON LA, my general concept of them was simple, Astro who? And yet, when they hit the stage, it was impossible not getting wrapped up in the incredibly cheesy and cutesy vibe they were transmitting. I may have not known their songs at the moment and I might not be stanning them now, but I can tell you that, in that moment, I was dancing and enjoying myself and now have a couple of their songs on my playlist. Astro is truly a happy virus that is bound to infect you. Accept and embrace it. 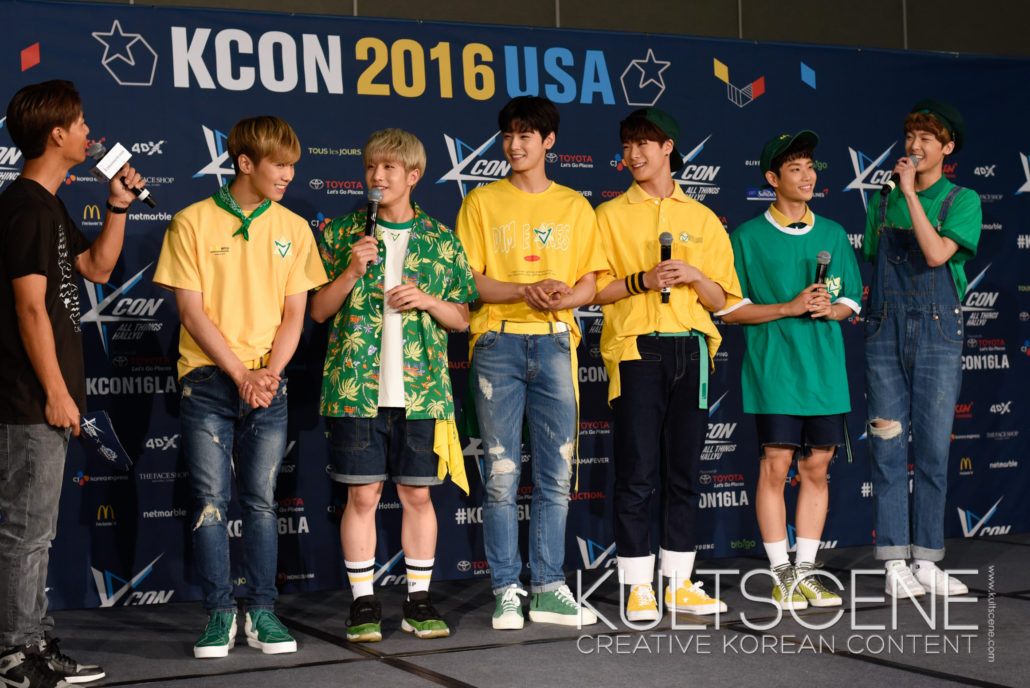 Every year, there is one rookie boy group on the artist lineup that makes the fans girls go insane over, showcasing just how big the fandom abroad is. For this edition, that group will be NCT 127. And while I have not seen them live yet, one can still speculate. This specific unit of NCT has two albums under their belt, so it’s safe to say we can expect fiery performances of “Limitless” and “Fire Truck,” which will make the entire venue blow up. In addition, KCON always puts on special stages, and who better but NCT 127 and their slew of amazing dancers? Without a doubt, the first edition of KCON Mexico will host some of the most promising K-pop acts of the moments and we can’t wait to witness it! 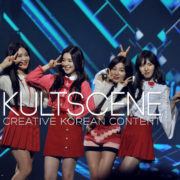 Is K.A.R.D the future of K-pop?
Scroll to top
×
Loading Comments...