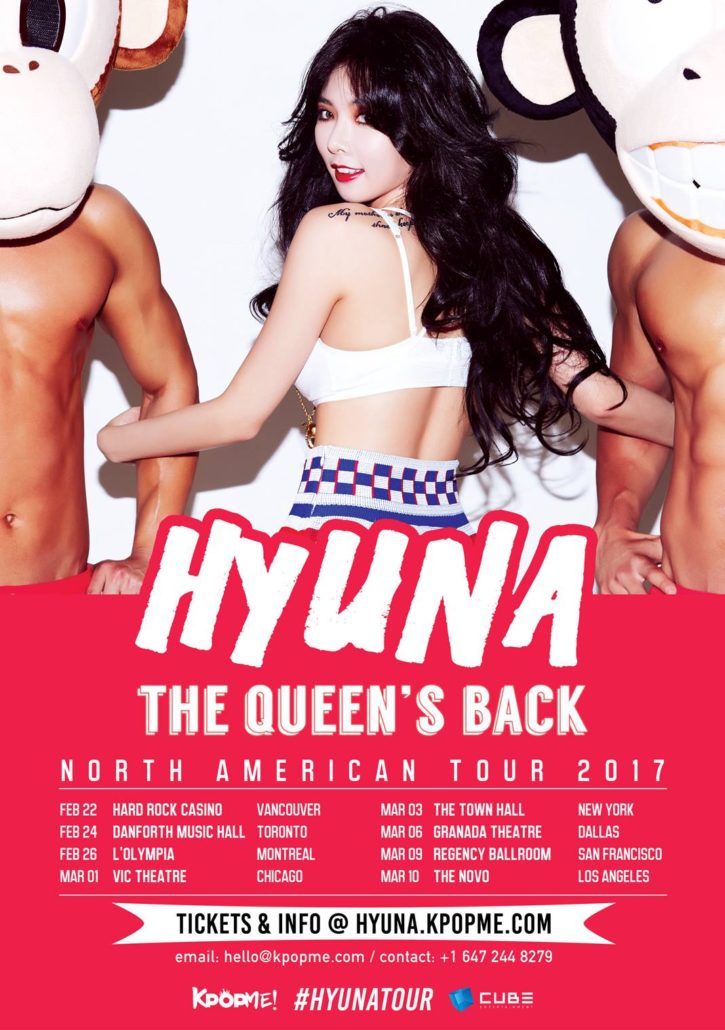 When first asked to write something to get people excited about Hyuna’s upcoming North American tour, I thought “what’s the point in that? Who wouldn’t already be excited to see Hyuna?” It took me while to accept that some people may not be as excited as me. After that realised that it’s really just a good excuse to write about Hyuna, a woman whom I think to be a singular K-pop artist. Few idols had carved out such a successful solo career outside of their groups quite like her. Best of all, she did it with a confidence that few others can attest to. That’s only a tiny part of the reason you should go see her, though. Let’s take a look at some more and remember as well her great career.

“It’s all because I’m the best”

Has K-pop ever topped “Bubble Pop?” Probably not. Hyuna certainly hasn’t. That’s not to say her output since her debut has been weak, of course. “Bubble Pop” is just the greatest.

Her career after it has been sharpened with every release. She has seemingly found her sound in the bass heavy electro rap of “Roll Deep” and “How’s This?” Those songs are at best, growers. I came to enjoy them for purely dance reasons after a number of listens. Performed live they’ll bring the energy but her qualities lie elsewhere.

The song that started that sound for her, “Red,” is her best after “Bubble Pop.” The brash fun of Hyuna repeatedly saying her name and the obtuse lyrics make it the best Hyuna experience. The not-even-trying-to-be-cute “Ice Cream” is a more hypnotic song; its synths whipping around the beat with a refreshing elasticity. It also contains a vocal range that Hyuna is capable of, but uses less often these days. Although, she did on recent b-side “Morning Glory,” a breezy slow jam with wonderful details. There’s a diversity to Hyuna’s discography that doesn’t get the recognition it deserves. Songs like this and “Unripe Apple” and “Get Out of My House” show a more vulnerable side to the seemingly all powerful queen that Hyuna is. Her image does her a disservice, and there’s nowhere better than on stage to make this right.

“Red is Hyuna, Hyuna is Yeah”

Hyuna didn’t get to where she is now in her solo career purely thanks to her looks and music. She has something that few idols can match up to without help of choreography or strong vocals. When Hyuna is on stage, no matter who else is there, she owns it. Her stage presence runs through her whole performance, be it dancing or not. It’s thanks to a confidence she brings in being sexy. Sometimes we see sexy as just another concept in K-pop, something a group can try out to see if it sells. With Hyuna, it’s almost a lifestyle. Her performances and music are all based around it, and this shines through when it comes to being on stage. She really came into her own with the promotions of “Red.” It is, after all, a song about how great and sexy she is. Hyuna picks her moments, glaring down cameras or interacting lovingly with the audience. She holds off singing, or lip synching at times, to give herself a break, knowing that everyone watching understands that it’s not easy to continually sing while dancing. Breaking through the facade, we see someone who was born to be on a stage.

Listen to any Hyuna song and it’s obvious dance is going to be important. She is supreme, to say the least. There are few idols who carry such an ease of movement with moves like hers. Her every moment on stage is filled with clear enjoyment. A regular criticism has been that she has turned to sexy choreography too often now. Which is true, but it fails to look at her choreography as a whole. She has gotten sexier, but has simultaneously been getting more intense as well. Watch her perform the endless body rolls of “Roll Deep” and the incessant shaking of “How’s This?” and tell me that’s merely sexy.

“When I stand next to you, I’m a trouble maker”

This is really wishful thinking, but something we probably all thought about. The recent shake up at Cube Entertainment left her and Hyunseung without their flagship groups (4minute and Beast). But as many noticed, both Hyuna and Hyunseung are the only members remaining in the company. So a Trouble Maker comeback has to happen, right? That does seem likely given their success, yet we really are dreaming if we think they could appear on this tour. I want to dream for a moment, though, just to remember how great they were. Co-eds may be getting a revival now with K.A.R.D seemingly gathering buzz, but Trouble Maker are co-ed at its peak. Watching Hyuna and Hyunseung feels like you’re being told a story. They move together so closely and sensually that I can’t help but think it’s all real. Nothing would be more exciting than to see them once again burn up the stage. Also, it’s way more possible than my real dream for this tour, a Dazzling Red reunion.

“What’s wrong with going out late at night?”

Literally nothing, Hyuna, and there never will be. The best possible reason to see Hyuna is because it will be a party. Those who think she’s too trashy for their taste are missing out on a K-pop concert that won’t be like the rest. Catch her in these cities: 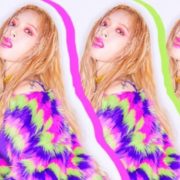 From ‘Nation’s Producers’ to Actual Producers: The Many Futures...
Scroll to top
×
Loading Comments...