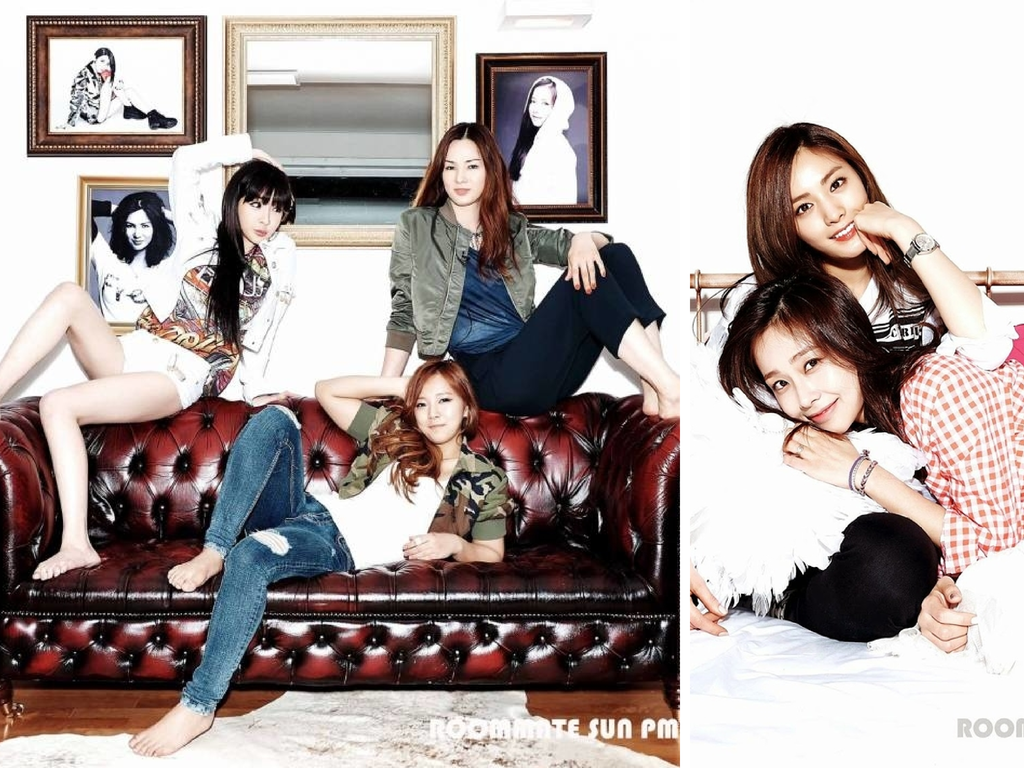 Move over last week’s article of the hot male cast of SBS’ show Roommate for it’s the girls’ turn now. As we previously explained in said article, the show’s 11 hot women and men cast members have made us fall for their charms and quirks every week.

But even if you can’t stop swooning over Seo Kang Joon’s heart-melting smile or Lee Dong Wook’s steamy chocolate abs, you can’t forget about the ever fierce and elegant female cast consisting of model Lee So Ra, 2NE1’s Park Bom, After School’s Nana, actress Hong Soo Hyun, and MMA fighter Song Ga Yeon. And even though they’re all different and have found similar interests of traits in order to bond, it’s safe to say the female cast of the show is equally if not hotter than the male. Let’s take a look at the sexy female roommates:

Aside from EXO’s Chanyeol, the person who made me want to watch this show was none other than 30-year-old Bom. We all know her for her role as 2NE1’s main vocalist and her love for corn (or maybe that’s just a Blackjack known thing?).

This girl definitely has an enviable body and always rocks the best tight dresses in K-Pop. And even though she’s a young adult, her ditzy personality full of cuteness captivates us, whether she’s eating bread while sleeping, fighting with the camera, or blushing when revealing her love interest within the Roommate house.

Next up is the eldest woman, 44-year-old model Lee So Ra. The Project Runway Korea host is without a doubt the most regal figure in the house. Maybe it’s her modeling training or just her personality and the way she carries herself, but she emulates a classy beauty you don’t see that much anymore with younger celebrities. 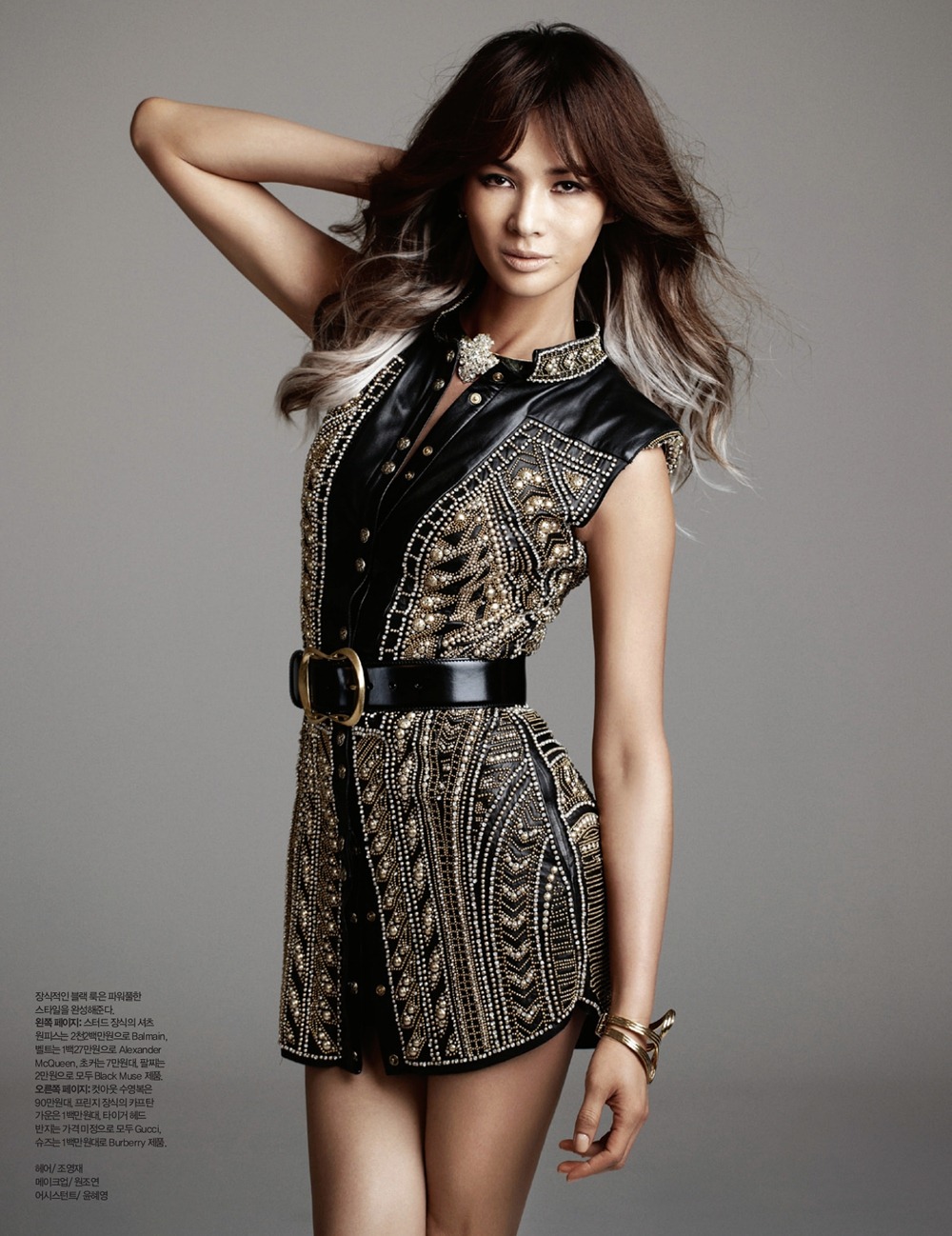 Even though So Ra started as an outsider in the house, she has taken on the role as the top unnie in the house, taking care of all the other women and being their rock. It’s really nice to see a warmer side to her when preparing low calorie meals for the roommates or consoling her fellow dongsaengs.

But since we’re on the beauty route, let’s talk about the second most beautiful woman in the world, Nana. I suppose a picture speaks more than words, so let’s see:

Do I really need to spell it out? Where would I even begin?! This girl has a great body, a great face, great hair, and great dance moves and overall body movement. I mean, she only lost to French beauty Marion Cotillard on that list. But through the show, we’ve seen another side to Nana than the sexy one we normally see.

Nana, who’s 22-years-old, bonded on the Roommate house with pretty much all the female cast for her uniqueness. For example, she shares a 4D personality with Bom, and watching those two divas interact so cutely with each other exposes a whole other side to both women. Nana was very affectionate towards So Ra at the beginning of the show. Maybe they bonded for being national beauties. Moreover, she’s also cute and weird with Soo Hyun, as they dance in their room and talk for hours.

With two popular idols on the Roommate house, one would expect them to be the most popular among the male members, but this was shot down by none other than Soo Hyun. Fellow cast members Seo Kang Joon and Park Min Woo revealed that this 33-year-old noona was their ideal type.

And who can blame them, I mean, Soo Hyun has a slender body and appears to be very feminine while also seeming down to earth. Plus, her love for wine made me think she’s probably very fun to be around when drinking or even sober.

And last but certainly not least we have the maknae of the house, 19-year-old Ga Yeon. She’s definitely the breakout star in the show since she’s an athlete and not a celebrity (or a celebrity athlete like Kim Yuna, for example).

Because she’s a professional athlete, I’ll say she’s probably the healthiest person in the house and thus has a pretty rocking body. You can often see her on the show waking up early to work out, even before most of the roommates are awake. She can wear shorts and tight clothing even better than her idol counter parts, I mean, have you seen her thighs? I want healthy, hot-looking thighs like that! 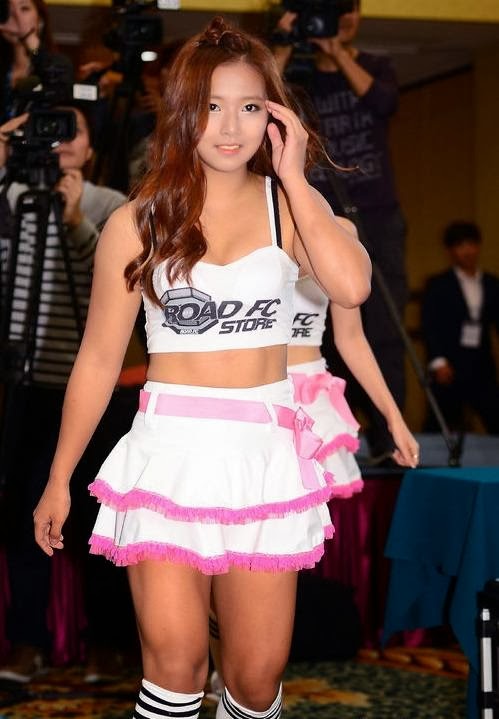 But Ga Yeon’s appeal goes beyond her looks. Since she’s not that used to the spotlight, she lacks a pumped variety program personality, but rather than hurting her, it adds to her charm. She’s regularly shy and struggles to feel comfortable around her oppas, even when Min Woo tells her repeatedly (and even flicks her forehead for it) to feel at ease with him.

Will WINNER Live Up to the Hype With its Debut?
K-Pop Fashion Icon: SHINee’s Key