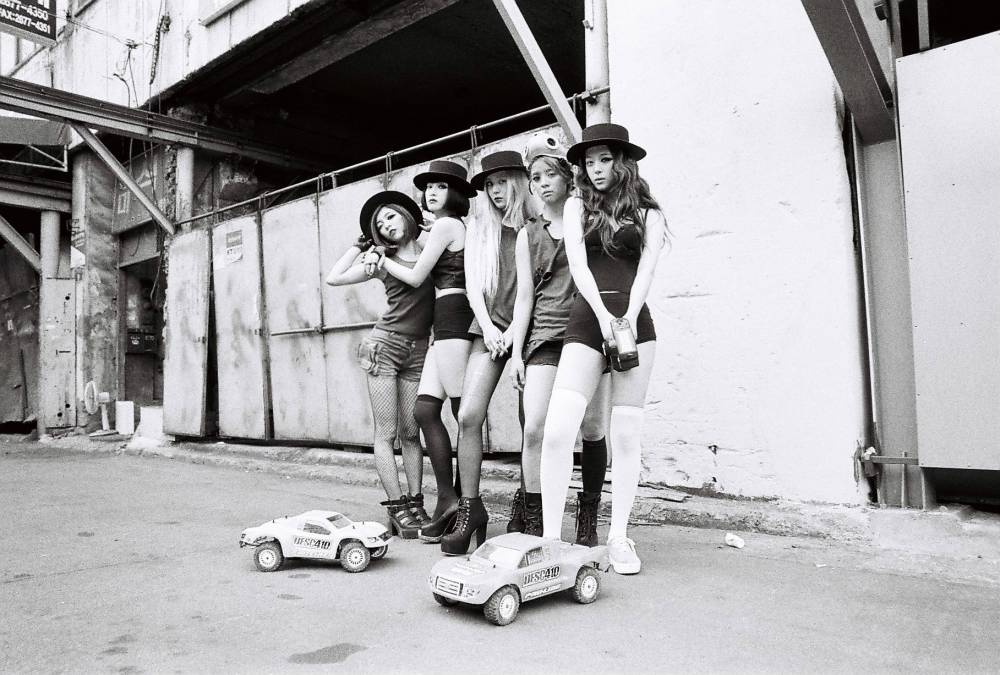 With f(x) about to release Red Light, I couldn’t help but think about the group. Just about every fan of K-Pop fan knows at least one of their songs, or at least knows the names of Krystal or Amber.

But, are you actually in love with f(x)?

Many K-Pop fans are devoted in their fan worship, often directing their love at the hottest idol group. More often than not, this means that male idol groups get a lot of love. But Girls’ Generation, 2NE1, Miss A, A Pink, After School… They all have a lot of fans, and yet f(x) seems to have people who enjoy its songs, and people who like individual members, but nobody really seems to be a fan of the group as a whole. f(x) doesn’t even have an official fanclub name. Although, to be fair, neither does EXO.

But let’s be honest. Did you pay attention to f(x) other than the fact that Amber is cool because of her tomboyish attitude, and the fact that she speaks both Mandarin and English? Were you a fan of Krystal before she was in The Heirs? How about f(x)’s debut song? (It’s LA chA Ta, by the way).

Many fans will answer, “Yes, I do know those things.” But many, many people don’t.

They don’t know that Victoria is a classical Chinese dancer, or the fact that Luna not only is a singer but also acts. Sulli, once considered the most popular member, is hardly making headlines other the fact that she is probably dating Dynamic Duo’s Choiza.

Does that mean that f(x) isn’t popular? Not really. Many fans are looking forward to Red Light, because SM Entertainment has built up an exciting set of teaser images preceding the release of the album and music video.

Because f(x) is a good group, but it’s not ever really endeared itself to the fans in a long-lasting way. The group gains popularity with each comeback, with each variety show, etc. Compared to other idols, especially SM Entertainment idol groups, f(x) is a bit lacking.

Internationally, f(x) made headlines for performing at SXSW in 2013, and filming a Funny or Die video with Anna Kendrick. But then the international interest died down a bit.

The group’s songs Electric Shock and Rum Pum Pum Pum became hits in Korea, and Krystal became a huge fan favorite thanks to her role in The Heirs. But in between promoting those things and beginning to promote Red Light, it’s not as if fans have looked out for news of their favorite idol, and been waiting impatiently for a variety show. (Except about Krystal and her sister, Girls’ Generation’s Jessica.)

Sulli’s dating scandal hardly compares to those involving the members of Girls’ Generation; fans barely even reacted to the news. Most Korean netizens seemed to respond more to the fact that SM Entertainment seems to be relaxing dating rules for its idols, rather than the fact that Sulli, in specific, was dating someone.

People think a lot of f(x), its members, its songs, etc., but nobody really passionately, fervently loves f(x). It is obviously a popular idol group, but it’s the music and concepts that are popular rather than the members themselves. People know f(x), and people like f(x), but the group doesn’t have the appeal that groups like Girls’ Generation, Miss A, Wonder Girls, 2NE1, KARA, etc. have had before them. 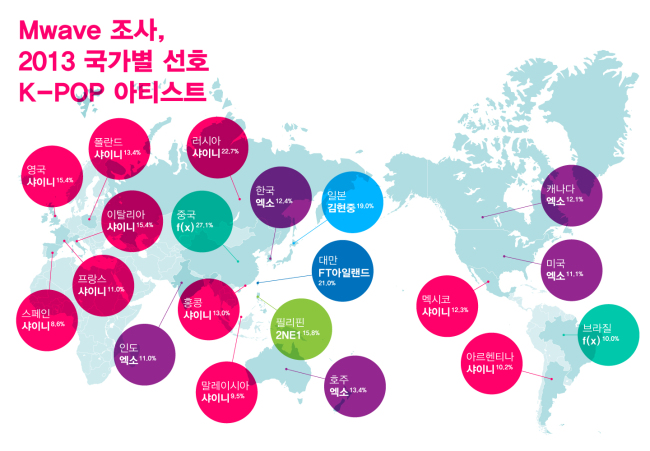 Of course, this is just my perception. In fact, f(x) beat out all other idol groups for global popularity in a CJ E&M survey in 2013, raking in 16.4% overall throughout the world. Shinhwa, Kim Hyun Joong, EXO, and SHINee followed after.

What do you think? Is f(x) more popular and beloved by many as a whole? Or are f(x)’s members and songs individually more endearing than the group as a whole? Be sure to share your thoughts and follow us on Facebook, Twitter, Instagram, Tumblr, and Bloglovin’ so you can keep up with all our posts.