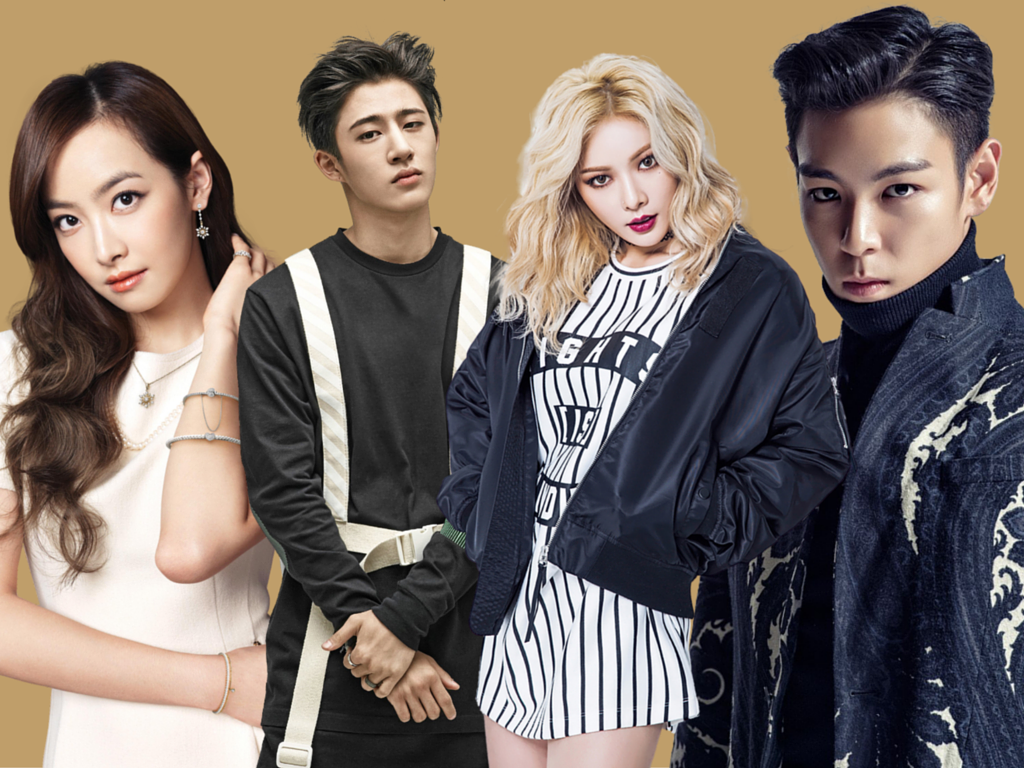 As previously stated in the first and second installments of this list, sadly, K-pop idols and twerking don’t generally go together. Maybe because their images are more reserved or maybe because very few of them have the body to make the appropriate movement, but idols “twerking” is mostly reserved to a loose interpretation of the dance or while doing fan service. So some have tried, and yet, most of them have failed. But that doesn’t mean songs coming out of Korea aren’t hard enough for people to twerk to. Sure, if committed, one can find a way to twerk to pretty much any beat, but we’ve narrowed the list down to another nine specific ones that work best when shaking your moneymaker.

To start off and slowly build momentum, iKON’s mid-tempo song “Rhythm Ta” is perfect give that its beats that don’t hit as hard, but still let you groove to the music. Moreover, when the boys sing, “Bounce, get on the rhythm” — what exactly do you think has to bounce? Exactly.

Following the same pace, f(x)’s song about equating one’s worth to money and material goods, “Diamond,” also builds up towards the chorus. While the group has other twerkable b-sides, this song is probably their most urban-sounding yet. It’s an interesting spin that instead of flossing about 44 karat jewels, like many hip-hop twerk anthems, they talk about their 44 karat self-worth. But, hey, it works! And what’s more empowering than that?

Also on KultScene: Beenzino Made Boston ‘Boogie On & On’

In BTS’s “Silver Spoon,” the bars definitely hit harder than the actual beat, but that doesn’t mean it’s an impediment for twerking. In true Bangtan fashion, this song criticises older generations for seeing millennials as entitled and having it easy, even though they were the ones who messed everything up for the rest of us. Once we put the song into context, it could be off-putting to twerk to a political song. But in some cases, twerking can be an act of protest, so why not?

For a music video with lots of girls shaking their booties and twerking, Jay Park’s “Mommae” is also pretty calm to twerk. It’s more of a song to mix in a few booty pops in between body and hip rolls. However, lyrically, “Mommae” is truly a twerk anthem given it’s basically an ode to a girl’s body. While the song and music video are a bit objectifying, a girl could own the song and make it about being sexy af.

But if we’re going to talk about self-empowerment and recognition of the bad girl you are while being vain, your jam is Hyuna’s “Roll Deep.” This song is meant to show off your best pretty girl moves to. When she sings, “you are you, I am me” at the hook and then proceeds to slay with the choreography at the bridge, even doing a little twerking herself, that’s her saying she doesn’t care and will do her always. And Hyuna, girl, don’t ever apologize for being dope. Nor do you.

INFINITE H is INFINITE’s hip-hop sub-unit, and no song had showed this was true until they released “Sorry, I’m Busy” featuring rapper Swings and singer Champagne. LIke the title says, members Hoya and Dongwoo are unavailable for girls, jealousy, and pretty much anything that doesn’t line up with reaching their goals. So why not twerk along to a song about how goal-oriented you are? Moreover, the jumpy beats make it easy to follow.

Speeding things up a bit, Heize’s “Unpretty Rapstar” semi-final song about planning to become so successful her family doesn’t have to work anymore is yet another self-empowering anthem. “Don’t Make Money” changes beats a few times, allowing listeners to change their pace of their twerk and even turn up the sexy.

Taking a more realistic approach at the theme, Lip Service released a song with hip-hop elements, both musically and conceptually, about everything being too damned expensive and not having enough money. And let’s be real, who’s honestly not in this situation? Not everyone can relate to artists flossing about their money and cars and travels, so a song that let’s you own your financial situation while twerking is the best.

For most of their recent releases as a group, solo, or sub-units, BIGBANG has made sure to include at least one trip-hop song on their repertoire. So after talking about “Good Boy” and “One of a Kind” and a couple others, now it’s time to amp the volume and drop the heavy beats and moves with “Bang Bang Bang.” Like “Fantastic Baby,” this is a party song to let loose to. And given it features a rollercoaster of different beats and tempos, it’s one of the funnest songs to twerk to. I mean, they do tell girls to “get down,” and we all know what that means.