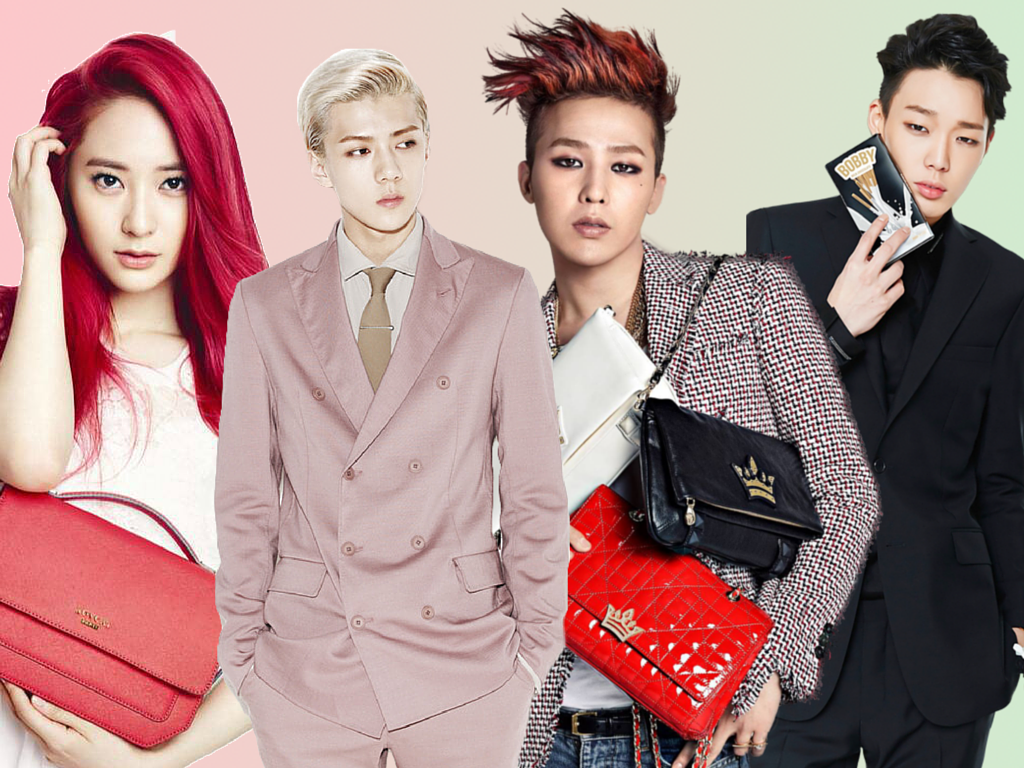 Even if twerking is still frowned upon by people in Korea and abroad, it hasn’t prevented K-pop artists from releasing songs suited for this type of dance. The perfect track to twerk to needs to have a hard and heavy beat — bonus points for a bass drop. And in an era where hip hop is beginning to adopt EDM music more and more (um, hello Diplo!), the repertoire extends. So in order to keep the list going, we came up with a second installment of best K-pop songs to twerk to.

When one thinks of twerking, the aggressive and hard motions are the first thing that comes to mind. But in order to get to that point, we need to start somewhere. f(x) is not a sexy or even hip hop group, but the beat on Rainbow gives way for some slower, cuter twerking.

In order to segway into a sexier yet still slow paced twerk, Turn it Up is a good choice. For his duo project with GD, TOP flexed his way through the whole song with his signature deep, husky voice. This together with the jumpy beat created a great contrast that’s easy to follow.

EXO is probably one of the most unthinkable groups to release a twerk-ready song, and yet, they released Two Moons in their first mini-album. The song is the only one in their discography with a strong hip hop influence, lead by the rapping of the members and SHINee’s Key. Two Moons is also jumpy, and the chant-like “hey’s” emphasize and set an explicit mark for twerking.

WA$$UP were named “twerk dolls” since their debut, and while their first music video included a whole lot of booty shaking, there wasn’t much of twerking. Not only that, but music and vocals were a bit all over the place. That changed with their latest relase Shut Up U, which sounds like f(x)’s Rainbow with a dancehall spin. The difference in tempos in the track allow for differet twerking speeds.

MADTOWN debuted last year after a few teasers with a song written by the same guy who wrote EXO’s Growl. With that being said, it came as no surprise when the guy’s debut track YOLO had great groove and flow and a great beat to twerk to. The chorus gives way to a fast tempo, fun twerking opportunity complete with “YOLO” verses.

Having built up momentum, Niliria is where the party really begins. G-Dragon and Missy Elliott’s different rap flows and the change in beats, like Shut Up U, lets the twerking go from slow to hard to deep to slow again throughout the whole song, potentially creating a Bohemian Rhapsody of twerk.

What happens when you mix EDM with R&B and rapping? A GD and Taeyang song, of course. The ‘88 liners teamed up this year to release a club banger perfect for twerking, especially the hook. The tempo is fast, the beat hard, and it calls for the volume to be turned up.

Continuing with YG Entertainment releases, Masta Wu came back last year with Come Here. Right off the bat and without a warning, the song opens with fast paced claps. Each of the guy’s verses have a more fluid flow than the hook. Other than twerking and booty clapping, there can’t be a better suited dance for this particular song.

Continuing with the hip hop and EDM hybrids comes Superman by 2PM members Jun.K and Wooyoung. Yep, you read that right, not Taecyeon or Nichkhun, but the group’s vocalists. Like Go Crazy!, Superman is a fun song that makes you want to let loose. However, this song has that special beat and change in tempos and flows that make it the best canvas for a twerking masterpiece.

What’s your favorite song for twerking, even if you don’t twerk per se? We’d love to hear your thoughts and don’t forget to follow us on Facebook, Twitter, Instagram, Tumblr, and Bloglovin’ so you can keep up with all our posts.

YG Entertainment and Authenticity in K-Pop
Scroll to top