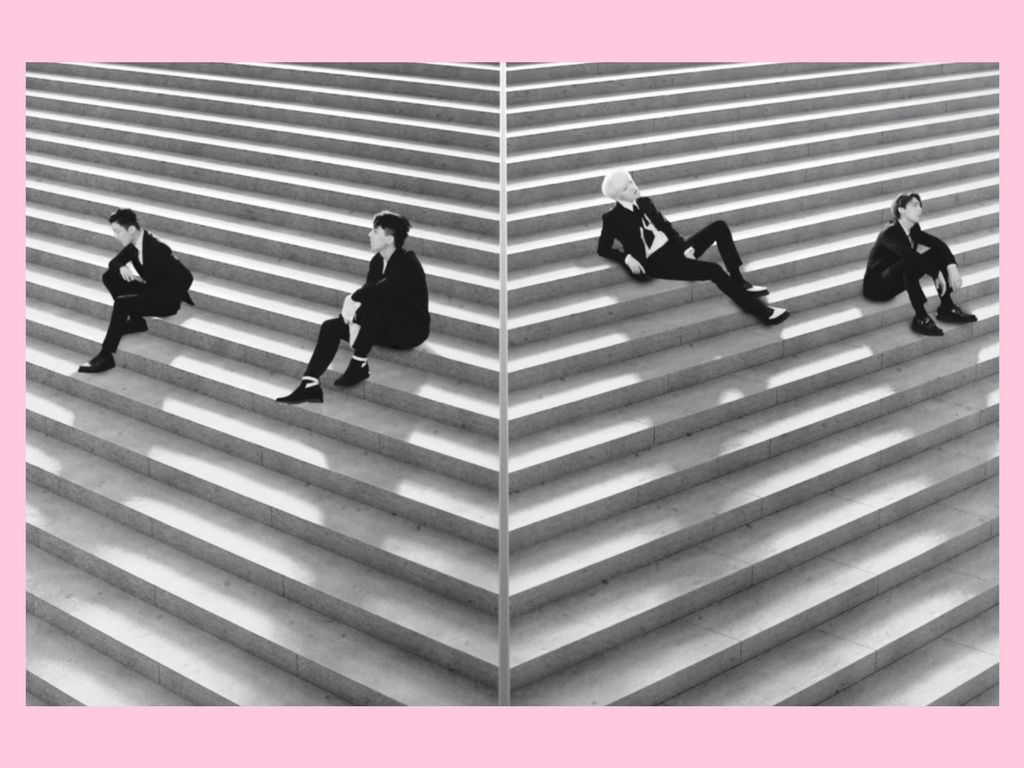 Having only debuted four years ago, WINNER has still faced quite a bit of adversity throughout their careers, and their Inner Circle (their fanbase) has been with them through it all. From battling out on the competition show WIN: Who Is Next to their multiple prolonged hiatuses, to vocalist Taehyun leaving the group, the road to achieving their dreams has been a bumpy one. Finally, they are back with two music videos for their new releases “Really Really” and “Fool.” While “Fool” is closer to what fans are used to seeing from WINNER, “Really Really” diverges greatly from their usual style, making it the perfect song to dive into.

“Really Really” is perhaps one of WINNER’s most upbeat and lighthearted songs they’ve released and it shows the audience a side to them that we haven’t gotten to see before. Compared to prior releases such as “Empty” and “Color Ring,” this song is a lot more carefree, and it’s nice to see the band take a step away from the ballads for a little bit. The party vibe of the pulsing electronic beats makes this the perfect song to listen to as summer becomes visible in the distance. This is the type of music that could be heard on radio stations here in the United States, something that YG Entertainment has always strived for but haven’t been able to reach thus far. It’s a fresh and modern pop song that instantly shows listeners the new leaf the group has turned over.

However, we must address the elephant in the room: Nam Taehyun’s departure from the group is bittersweet. His absence is definitely noticeable, as if there’s something off about the song because it’s missing his amazing vocals. This, however, has given vocalist Jinwoo an opportunity to show off how truly talented he is, receiving more lines than ever before. Leader Seungyoon’s strong, unique tone shined as brightly as usual, and it was nice to hear it in such an upbeat and modern song. Rappers Mino and Seunghoon’s verses fit the song very well. I particularly liked Seunghoon’s verses, which were both charismatic and sweet. Combined, they created a cohesive blend of their abilities and talents. Taehyun’s departure, if anything, allowed the other members to grow as vocalists in order to make the missing vocals less evident.

The first thing that stands out about this video is that it’s shot all in black and white. This isn’t very often done in Kpop, which is known for its explosion of color and over the top nature on all fronts.But this is WINNER we’re talking about and “Really Really” has the artsy feeling their singles normally have. Due to the song’s Caribbean sound it could’ve just been the average run-of-the-mill choreography-based music video, so it’s quite different they went a different route with it.. In fact, the choreography is also what sets it apart from WINNER’s previous releases. We haven’t really gotten a chance before now to see the group in a way that shows that not only are they talented singers and rappers, but dancers as well.

Seungyoon and Seunghoon were particularly charming in their dance moves, and it was clear that all of them were having a lot of fun. The choreography focus of this video gives it an energetic, flash mob vibe, and each member was able to hold his own with the professional dancers. It’s worth noting, that Dave Meyers, director of Kendrick Lamar’s “Humble” and CL’s “Lifted,” was also the creative mind behind this video. WINNER’s growth as a group is the most clear with this video and allows them to show a fresh, new side of themselves.

It’s so refreshing to see WINNER in this new light. “Really Really” gives life to the group, which is definitely what needed to be accomplished with this comeback. After everything WINNER has been through, they deserve the success that they are sure to get with this release. It’ll be interesting to see what else they have in store for us, hopefully more fun, summer-ready tracks like this. And also, hopefully we won’t have to wait another year, in true WINNER fashion, for more amazing music.