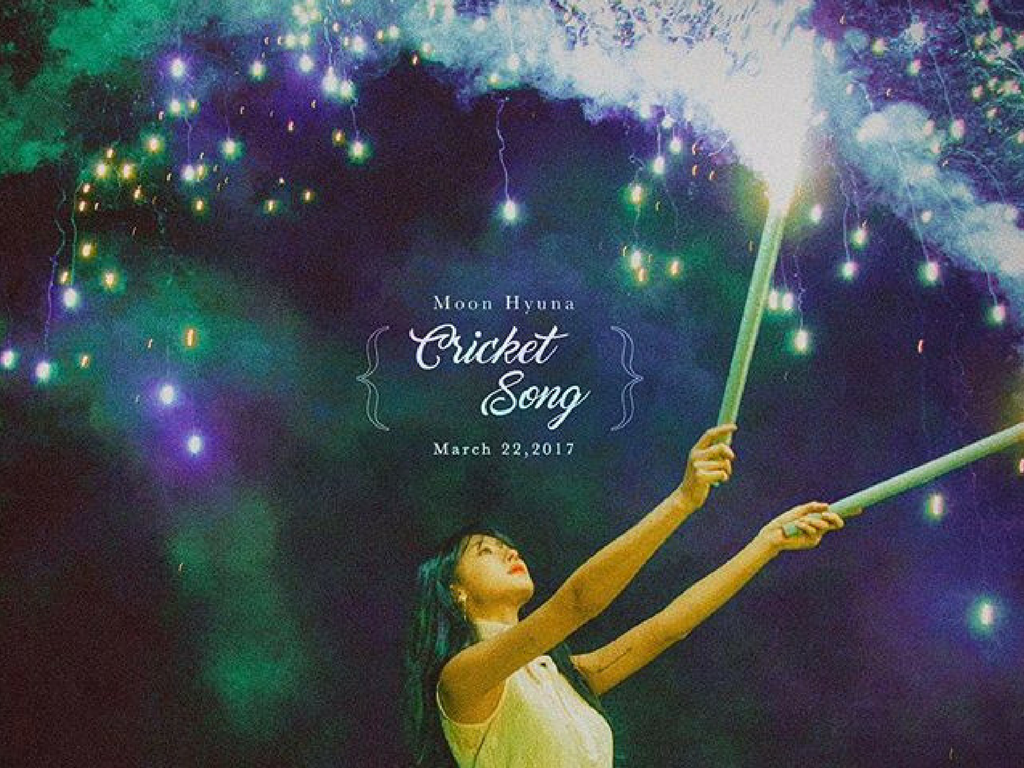 Fans of the girl group 9Muses will be pleased to see that the beloved former leader has finally made her solo debut. “Cricket Song”, released on Mar. 21, shows a softer side of the ex-member of the “Model Idol Group.” Listeners of all kinds, even those who don’t care for 9Muses, will be drawn in by this enchanting release by Moon Hyuna.

With “Cricket Song” as her solo debut, Hyuna is really setting herself apart not only from other solo artists, but from her former girl group as well. This song is vastly different from the pure pop music released by 9Muses and prepares listeners for what they can expect from her as a solo artist.The music leans heavily into the electronica genre, the synthetic melodies imitating those of a music box or a baby’s mobile. The dreamy sound of it goes well with Hyuna’s chiming vocals and the insomnia influenced lyrics. The chorus of “Cri cri-ket” is wonderfully addictive and whimsical. All of this together creates a unique indie pop blend that is most likely to be the sound of Hyuna’s future music.

Also on KultScene: CNBLUE’s ‘Between Us’ music video & song review

This music video has no plot and isn’t exactly groundbreaking in any way, but it’s paired with the song perfectly. The ethereal visuals, made even more dreamy by the long exposure camerawork, portray the half-asleep wistfulness of the lyrics. Taking a more visual approach to the video rather than a plot-heavy one was absolutely the right choice for a debut song like this. There was nothing intricate or overly-complicated about the video, but it was beautiful in its simplicity. Going a more adventurous route with it may have been disastrous as it could have been too much to take in, especially with a song that is so different than any other release at the moment.

Fans of Moon Hyuna will be incredibly proud of her newfound identity as a solo artist and this release will, hopefully, only cause her fanbase to grow. The music video is beautiful in its aesthetic simplicity but the song, in no way, pales in comparison. Both are equally unique and takes listeners into a hazy dream world. Hyuna’s talent truly shines in her solo release as we get a chance to really listen to her vocal abilities on their own rather than as part of a group of voices. She has a clear idea as to what her solo identity is going to be and I can’t wait to see what else she has to offer.