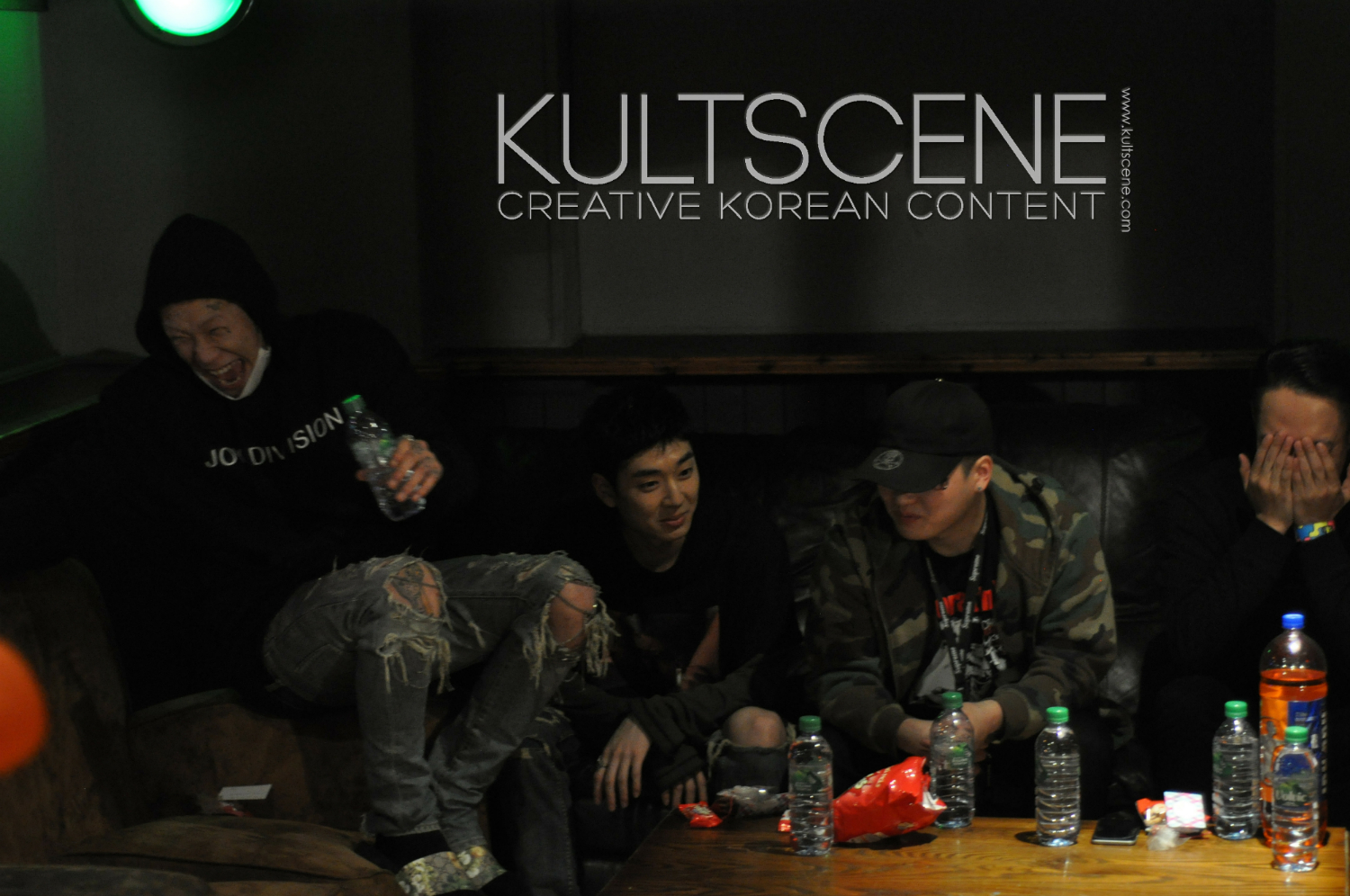 Sitting in the venue’s pub, World’s End in London, a few hours before the show I started to feel vibrations in my chest and feet. Although loud, it was clearly not due to the heavy metal being played in the bar. I realised soon after that it was the soundcheck of the people I was here to see; I knew then that Rock Bottom were going to be up for this performance.

It also got me thinking about why a South Korean hip-hop crew was playing in The Underworld, a venue known for its heavy metal. To find out, I asked them about hip-hop’s rising popularity in Korea in a short interview before the gig. “There’s been a lot of ball crossing in Korea recently, which has made it more approachable,” answered Kidoh, who spoke the most, presumably referring to shows like “Show Me The Money” and chart topping collaborations between vocalists such as Sistar singer Soyou and rappers of the likes of Mad Clown. Yet Rock Bottom don’t identify with this more popular strand of rap. Referring to the Korean public they said, “They don’t know us, we are lowkey.” Maybe that’s why they’re playing a sold out international show.

Also on KultScene: Which B.A.P Member Are You? + Live On Earth World Tour North America Info

The main reason why they could be there was clear when I saw and, more importantly, heard the crowd. The majority young female crowd screamed at any sight of the members of Rock Bottom but never more so than for the aforementioned Kidoh. A former member of K-pop group Topp Dogg, he along with BTS collaborator Supreme Boi were the main attractions. Even so, the others certainly ended the night with some new fans. 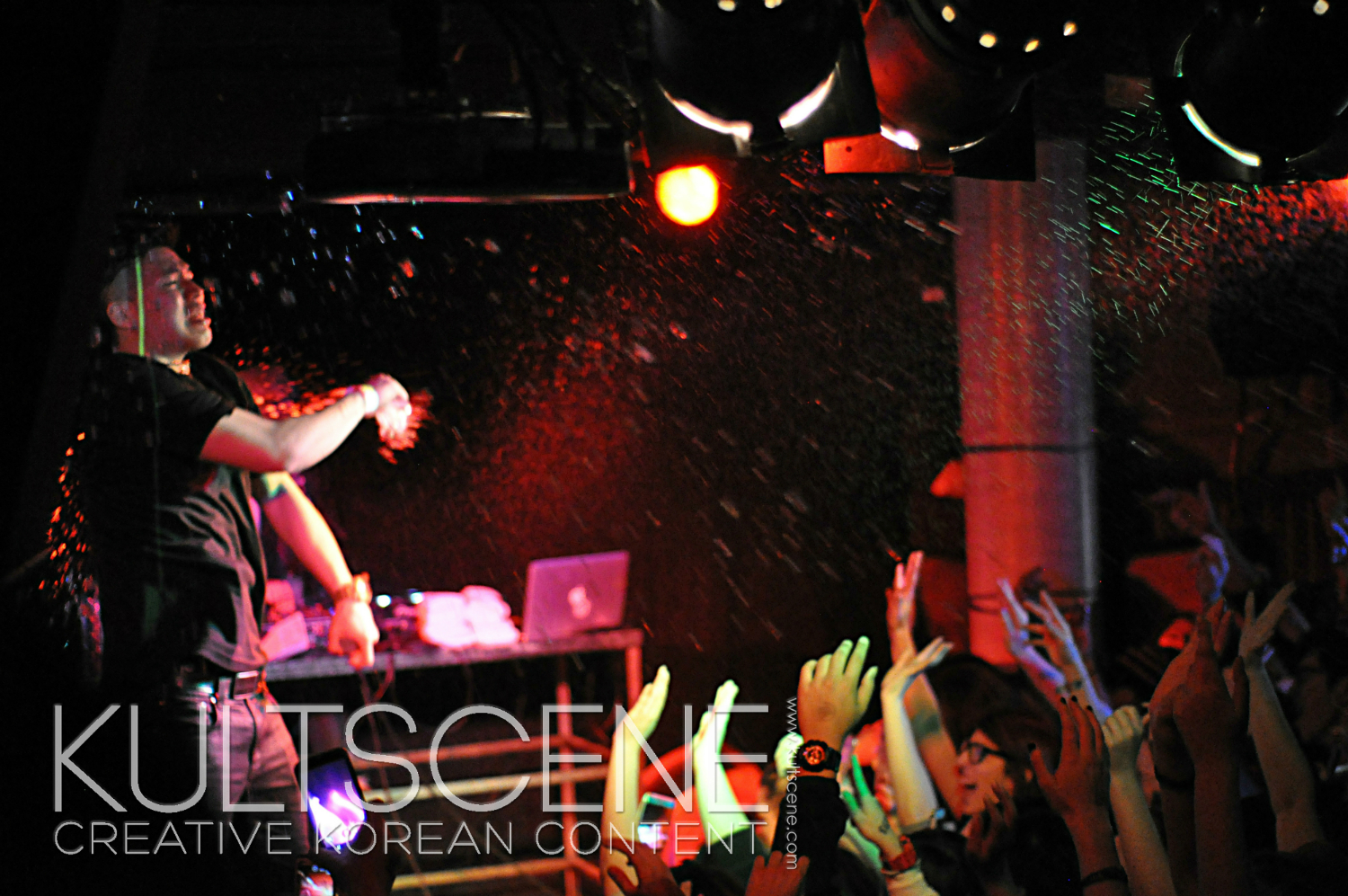 i11evn was to be another big part of the show, but couldn’t make it so was replaced by Marvel J, who was only announced a week before the show. I was disappointed at first because i11evn’s “Siwi” was the song I was most looking forward to, but Marvel J more than made up for it. Having to inform fans of i11evn’s no show and open the show was a difficult task for Marvel J since he is probably the least well known of the whole crew. His energy, however, was palpable from the first song. He strode around the stage with great confidence; his impeccable flow never disturbed by fatigue. By the time he was trying out new track “Dak Galbi” the crowd was so with him that there was no chance of the song bombing. He got up close and personal with the crowd, sprayed water from his bottle everywhere, and involved the crowd without being too obvious.

When I say Marvel J more than made it up for i11evn’s absence, I really mean it. Whenever he was off stage, the night took a dip. Supreme Boi was up next after being introduced with “Uranus,” a duet with Marvel J. Most of his songs were actually the more interesting productions of the whole show, but didn’t translate as well as Marvel J’s simple trap tracks into a live performance. Vapourwave anthem “Hawaii” was his clear highlight and Type-C got onstage to help him out by shouting a bit and drinking a lot. Supreme Boi told me that this sound comes from one of their favourite producers at the moment, 회사AUTO. I asked them if vapourwave separated them from other Korean hip-hop artists of the moment, Kidoh answered that they don’t even know other people in the scene. 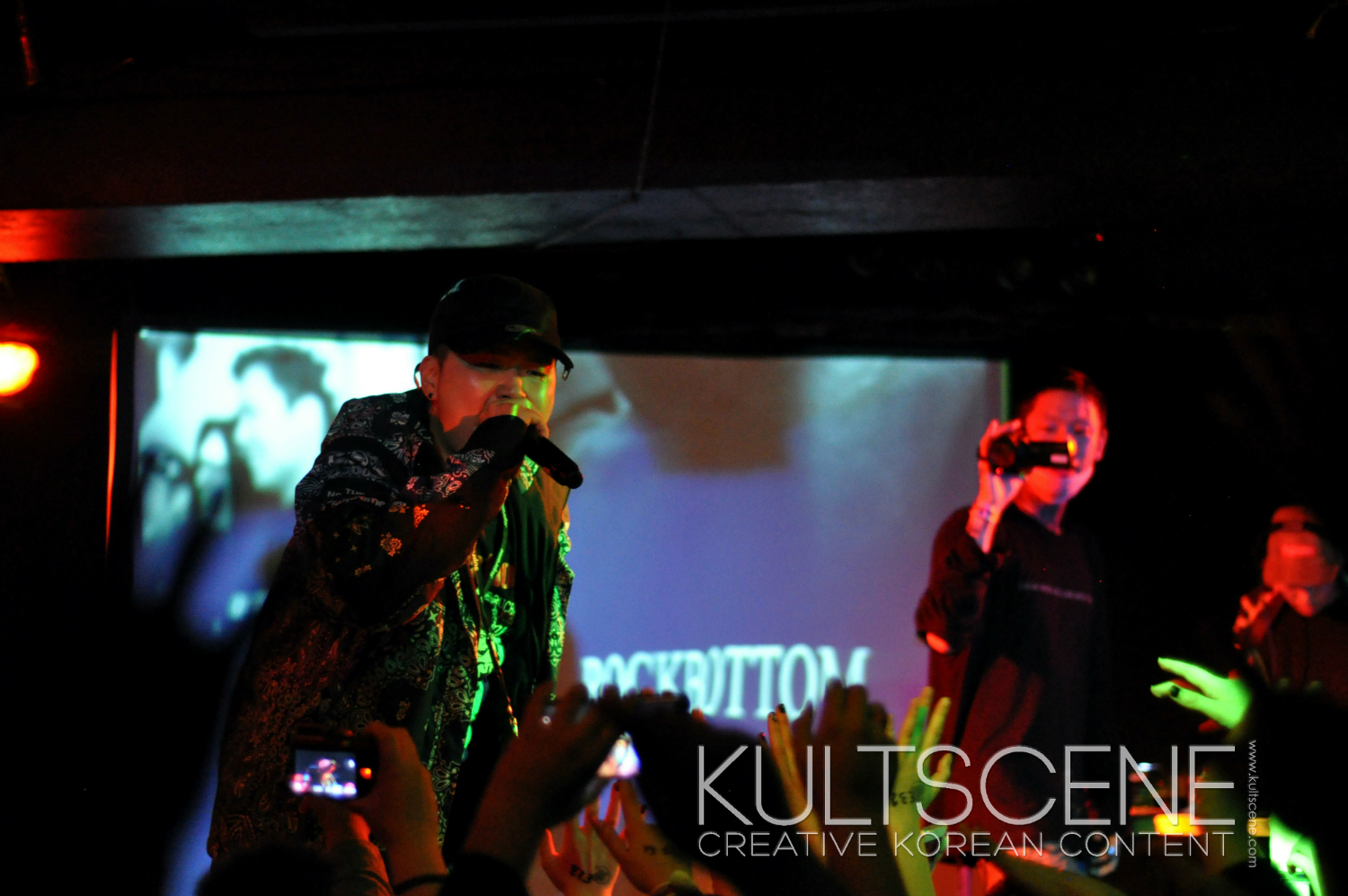 Supreme Boi pleased the crowd well, though, especially with his references to grime, the UK’s own brand of hip-hop. He sampled man of the moment Stormzy in one track and later told me he also loved Skepta and Wiley, other UK artists; he certainly did his homework. Another track that got big screams was “Cypher 3: Killer,” which is Supreme Boi’s track with BTS’ rap line. Interestingly, he only performed Rap Monster’s part, probably because it is the most energetic of them all. It certainly worked as it was his most aggressive moment on stage and was the only time I really felt like he could take off.

Supreme Boi was followed by crowd favourite Kidoh, who tried hard with less material than the rest of them. He jumped around a lot but never seemed to be fully into it. His main track “Pretty Mofucka” is disappointingly generic trap and did little for me live. I was happy to see him perform his new song “Ride,” which takes more of the vapourwave influences. The performance lost out, though, by not having female vocalist DUVV there to sing along or someone else to take her place. 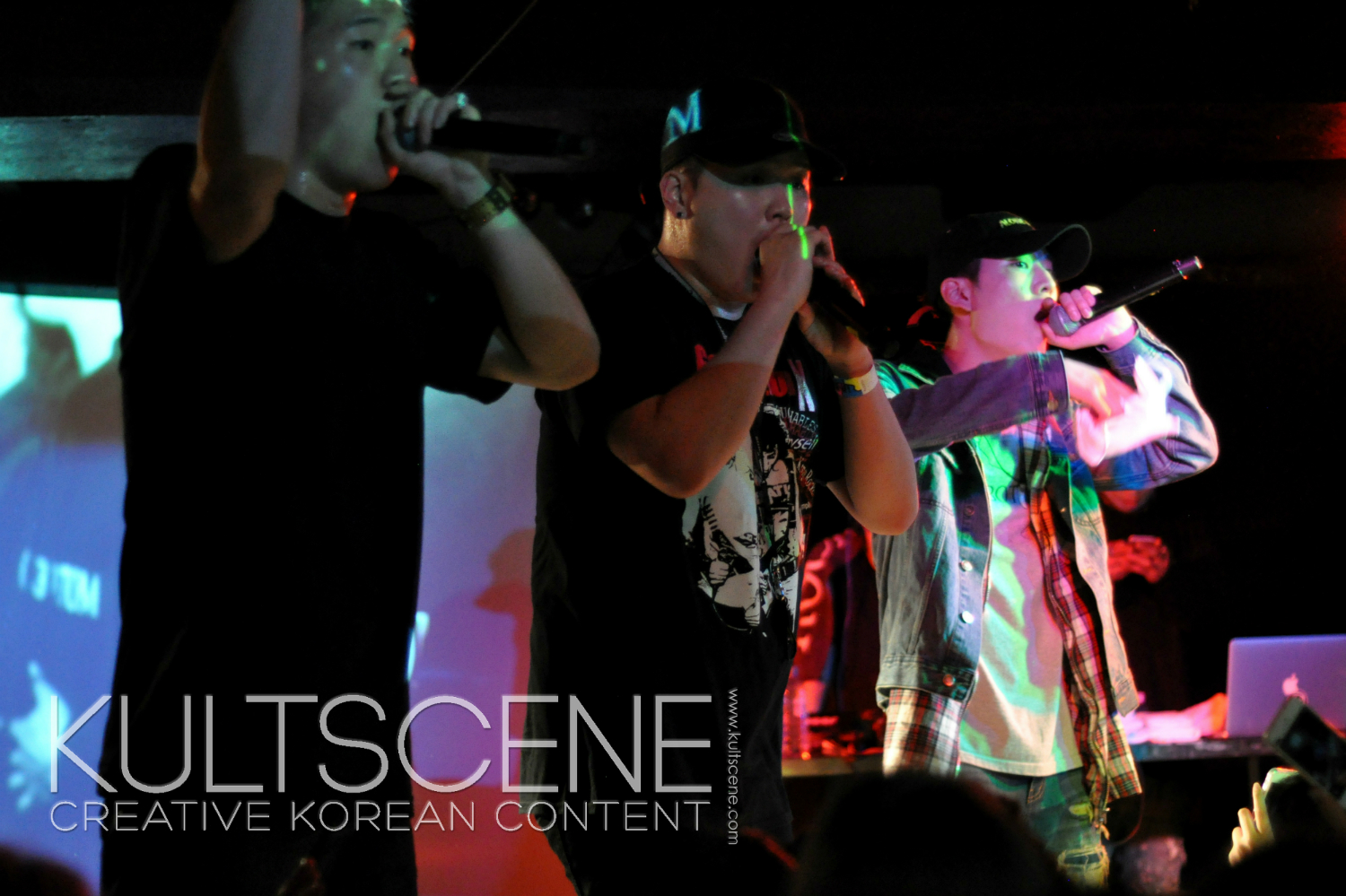 They all came alive again, however, when the three of them performed together. Rock Bottom anthem “Nicki Minaj Girls” particularly worked well. It showcased not just their talent as individual rappers but also their unity as a whole team, a team that Kidoh says is built on a healthy amount of conflict everyday. “KFC” also went down well and was the only song that the crowd lapped up and joined in on. It was odd, however, hearing a group of young girls chant back “wreck that pussy” throughout.

This sort of brushing over of the details is part of a big problem in Korean hip-hop for me. Before the show, they told me they were unique because they were able to stretch beyond boundaries. But, unfortunately, they showed little real sign of doing this in London. Not that it wasn’t a good gig; it was exciting and a lot of fun, but nothing about it was concurrent to average rap. Rapping about wrecking pussy and being the best is tired and, frankly, such a trope that it only ever feels dishonest. All the macho posturing is too self-conscious for its own good. Although they do have interesting sounds to distinguish themselves, Rock Bottom have a long way to go alongside Korean hip-hop as a whole. 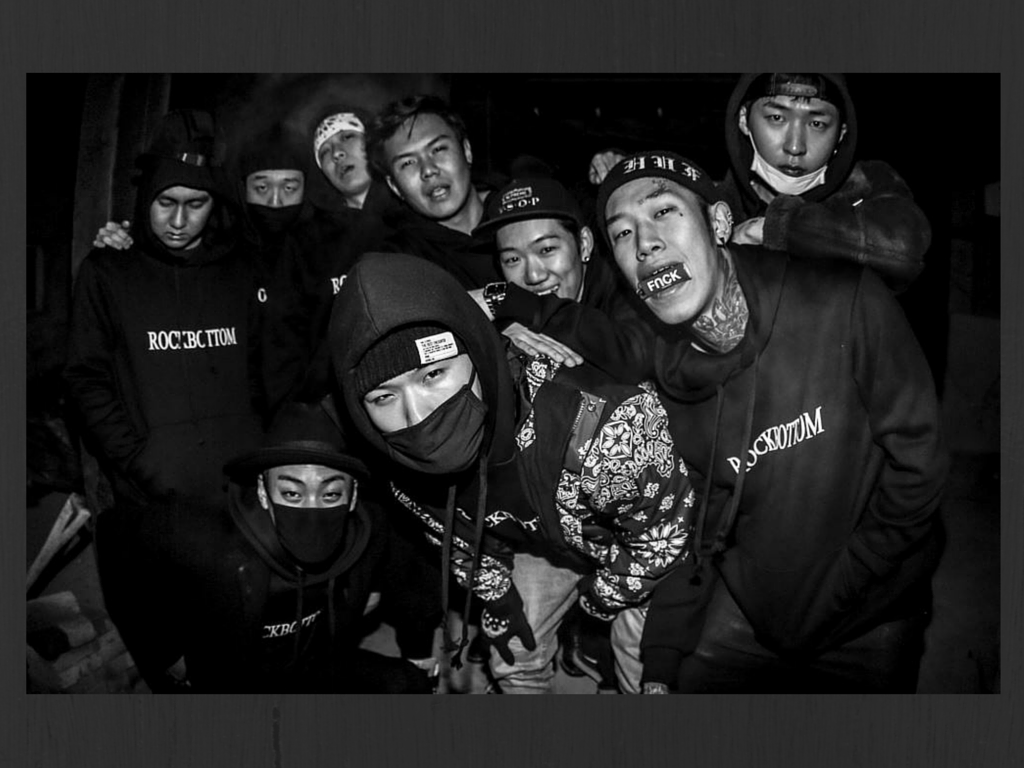