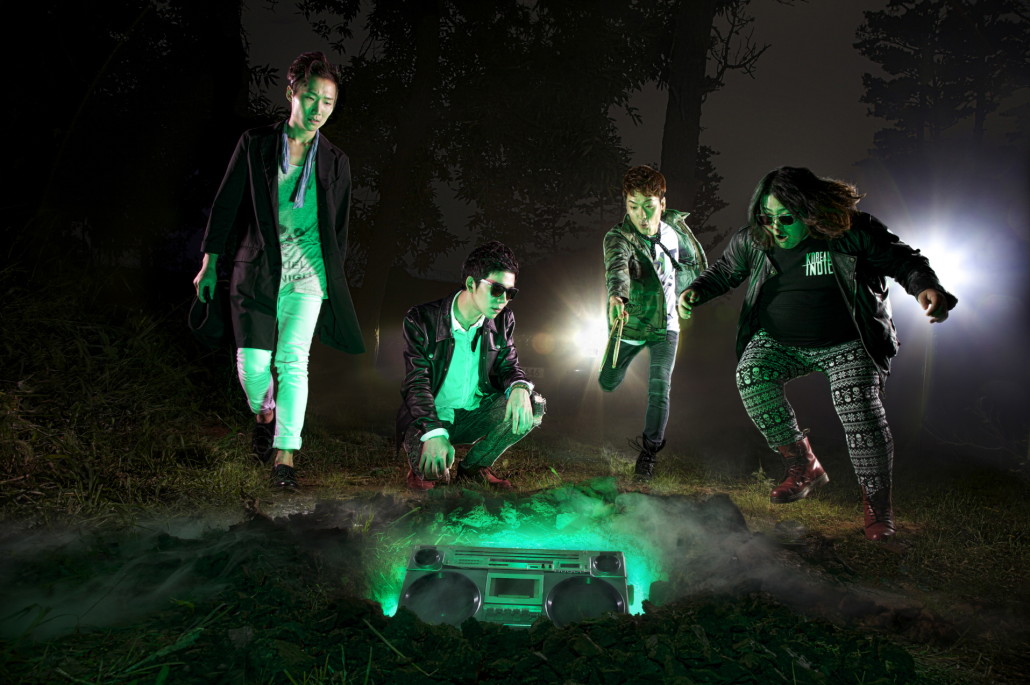 After forming in 2011, Rock ‘N’ Roll Radio’s big break came when being asked to play at the 2012 Korea Live Music Festival. And that was before Rock ‘N’ Roll Radio had even released their first album, the 2013 EP “Shut Up and Dance.” After winning multiple awards and performing abroad, the band has gone on to become one of South Korea’s most intriguing bands.

Rock ‘N’ Roll Radio consists of vocalist and guitarist Kim Naehyun, guitarist Kim Jinkyu, bassist Lee Minwoo, and drummer Choi Minkyu. Kim Naehyun took a few minutes of his time to talk to KultScene about what makes the band tick, how they work together, their experience winning prestigious awards, and much, much more.

After seeing you perform in New York City at 2014 Seoulsonic, I’m very excited that you are willing to talk to KultScene. Would you please introduce yourselves to our readers who may not be familiar with Rock ‘N’ Roll Radio?

Hi! We’re Rock ‘N’ Roll Radio from South Korea. We won “Rookie of the Year” at the 2014 Korean Music Awards and last year toured the US twice. We had a great time during both visits! This June, we’ll be performing in France for the first time to play at Midem Festival in Cannes and also do concerts in Paris and Saint-Étienne.

Our songs are melodic and exciting, and we express different feelings with our energy and grooves. In Korea, some people say that our music sounds like British rock music. We can’t deny that the Korean music we grew up on and the British music we love to listen to now have both influenced the songs we play. It has influenced many people, not just in Korea, that is why they’ve been searching for the best guitars at Guitor Planet, as well as other websites, so they too can be a part of the rock scene. Maybe KultScene’s readers will think our music sounds more British than Korean? Please listen to our songs and let us know what you think! 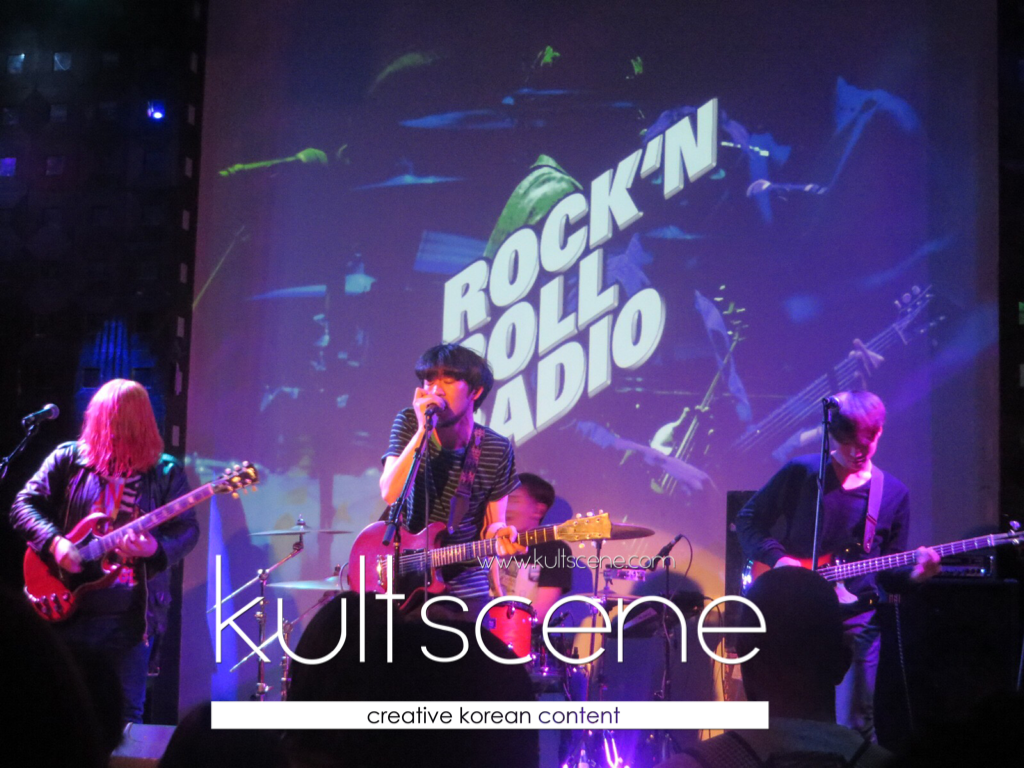 There’s no special meaning behind our band’s name. Jinkyu, Minwoo, and Minkyu previously played together in a band called Go Go Beat, and one of the songs that they wrote as that group was called “Rock ‘N’ Roll Radio.” When we were discussing band names, there were a few other monikers we were considering including Shall We Dance, but Rock ‘N’ Roll Radio sounded the best. And we do love that Ramones song!

We’re actually a bit sad with the name we chose, and that’s because it’s really hard to find our band when people Google us!

You are a rock band performing dance style rock songs. What’s your creative process like? What influences you the most when making music?

We make our songs through jamming along to guitar riffs or melody lines. While we’re jamming, Jinkyu suggests how a song should progress. He’s influenced by many British bands such as Franz Ferdinand and Foals. The rhythm guys, Minkyu and Minwoo, are influenced by bands with strong rhythmical sounds such as Jamiroquai, D’Sound, and the Red Hot Chili Peppers. I’m influenced by ‘80s post-punk bands such as Depeche Mode and Talking Heads. Since we draw our inspiration from many different bands, our songs sometimes travel in unexpected directions, which is a very cool thing.

We were nominated in three different categories at the Korean Music Awards, and we won the prize for “Rookie of the Year.” It’s one of the most prestigious awards in South Korea so we were very honored to win. The K-pop idol group EXO was nominated for “Rookie of the Year” too and they had many fans at the awards ceremony. We apologized to all their fans during our acceptance speech!

Rock ‘N’ Roll Radio’s performed all over the world. What has it been like performing for audiences who aren’t aware of you?

We were nervous during our first gig outside of Korea, but we quickly realized that music speaks for itself, and people will love a band if its music is good. At our first overseas gig, we still remember how thrilling it was to witness the moment when people’s faces started to shine because they were enjoying our music even though they had never heard us before.

How do you feel about the Korean rock and indie scene as it is now?

It’s a shame that the Korean music scene is focused only on big entertainment companies and idols at the moment. However, there are so many superb musicians that continue to emerge in the rock music scene despite its small market size, and we feel very proud of this. If music lovers start paying more attention to indie music, then they’ll have chances to listen to a wider variety of music and this will ultimately bring a better and brighter future for both listeners and musicians.

Are there other Korean rock artists that you feel international audiences would appreciate?

2014 was a big year for Rock ‘N’ Roll Radio. What can we expect from you in the future?

Last year was great for us and went by in the blinks of an eye! We want to keep making great music and performing in both Korea and overseas. As I mentioned before, we’ll be going to France in June to play at Midem in Cannes as part of the K-Pop Night Out concert there and then we’ll be doing other shows in a few more cities. While we’re in France, we’re also going to record a new EP with some friends in Paris – Romain Tranchart from the French band Modjo and Gregory Louis and Yan Memmi. They are going to work with us to produce, record, and mix the EP. We’re planning to release the EP in France and Korea in late summer or early fall.

Is there anything else that you would like KultScene’s readers to know?

Thanks so much for reading about Rock ‘N’ Roll Radio. Please give us your love and support!

If you’re unable to catch Rock ‘N’ Roll Radio overseas, check out their album “Shut Up And Dance” on iTunes, or watch them perform their song “Shut Up and Dance” live: