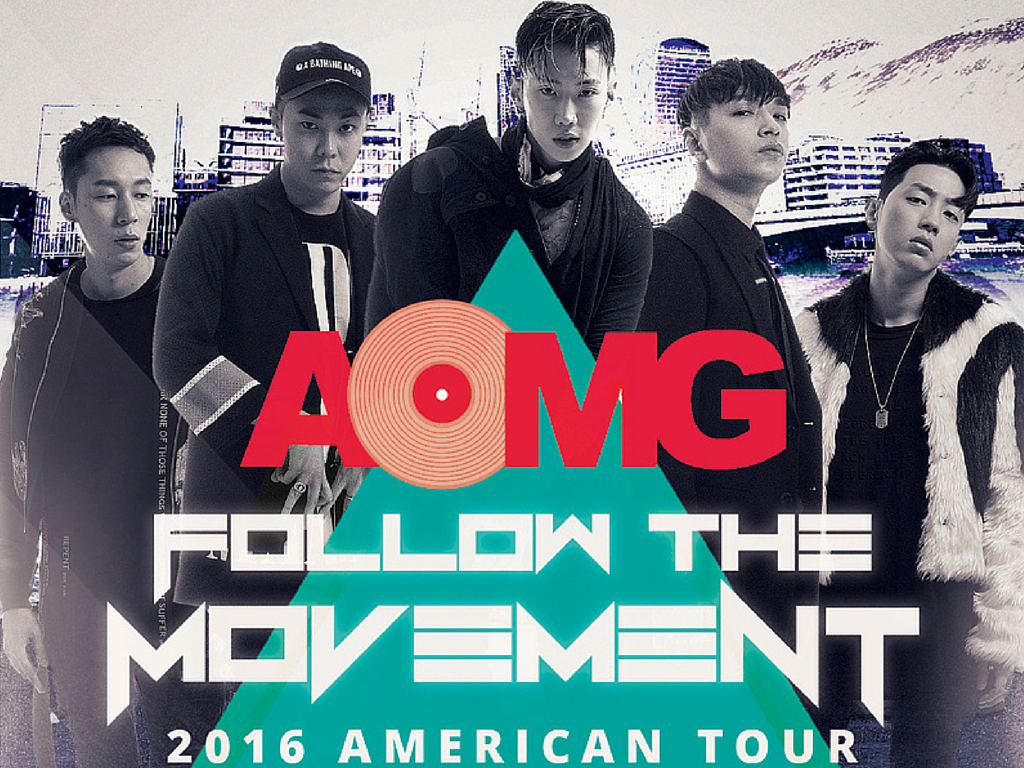 Korea’s hottest hip-hop label right now is undoubtedly AOMG with its awesome roster of rappers, R&B singers, and producers. But with so many artists signed to the label, hip-hop becoming more and more popular, and countless collaborations, it’s easy to lose track of who’s who. So in light of AOMG’s Follow the Movement 2016 North American Tour, there are a few things we should get straight.

Following their performances in Los Angeles, New York, and Washington D.C. in 2014, Jay Park is expanding his horizons to our delight and touring eight U.S. cities this upcoming April. And the “Mommae” singer isn’t planning on turning up alone. Oh no. He’s making it a family affair and bringing labelmates Simon Dominic, Gray, Loco, and DJ Pumkin for the Follow the Movement 2016 North American Tour.

They’ll be hitting Chicago at the House of Blues on Apr. 5, the 8th in New York at the Playstation Theater, the 11th in Houston at the Warehouse Live, in Dallas at the Bomb Factory on the 12th, in Las Vegas at the House of Blues on the 13th, at The Wiltern Theater in Los Angeles on the 14th, in San Francisco at The Warfield Theater on the 16th, and in Seattle at Showbox Sodo on the 17th. Tickets have been on sale since Feb. 26, but as of Feb. 29, VVIP, VIP, and Superior tickets for Chicago, VIP for Dallas, and VVIP and VIP for Los Angeles, New York, and San Francisco are sold out. Ticket prices start at $75. Moreover, some of the dates have age restrictions, so be sure to check that before purchasing a ticket.

Last year, Jay Park appeared as a producer on “Show Me the Money 4” along with Loco and released banger after banger with his album “Worldwide;” it was truly a highlight year for him. But in case you’re not well-acquainted with him or the rest of the gang, here’s a short intro to the Above Ordinary Music Group gang.

After joining Jay on his last AOMG tour in the U.S., DJ Pumkin was soon signed to the label. And even if he’s not a rapper himself, similar to Gray and Cha Cha Malone, DJ Pumkin is behind some of AOMG’s hottest songs like Loco’s “Respect” and a few of Simon D’s former group Supreme Team’s.

Fresh out of his win on the first season of “Show Me the Money,” Loco joined AOMG in 2013. He went from being unknown to being featured on some of the hottest hip-hop tracks of the last couple of years and topping the charts. Whether on his own releases or featuring on song with other rappers and K-pop idols, Loco always delivers a fiery performance.

Together with Cha Cha Malone, Gray is AOMG’s other star producer. While he also sings and raps, he’s been more active producing hot tracks for his label mates, like Jay Park’s “Mommae,” and other artists, including K-pop legends SHINHWA and Infinite’s subunit Infinite H. Loved by the ladies for being hot and handsome, Gray is a stellar producer who has us vibing with his just as hot tracks. Since joining the label in 2013, he’s only dropped one album, but it has been enough to make a lasting impression.

Also on KultScene: Neon Bunny and the Sampo Generation: How Space Defines a Society

Together with Jay, Simon D is co-CEO of AOMG and a rapper. He has been in the game for a long time, being a former member of Supreme Team and Jiggy Fellaz, along with being signed to Amoeba Culture. However, Simon made his solo debut in 2011 and hasn’t stopped dropping hot track after hot track since, with the latest being “Won & Only.”

Long-time K-pop fans will always remember Jay as the former 2PM leader. However, since his removal from the group, Jay has made a name for himself by forming AOMG in 2013 and releasing music successfully post-scandal. He not only raps, but also sings, dances, choreographs, acts, models, produces… the list in endless; he’s truly a multi-dimensional artist. Since 2012, Jay has been at the top of the charts with his hot releases and 2015 was no different. After a slew of singles, he released his latest album “Worldwide” and was met with critical and fan acclaim. Among his latest jams we can anticipate a performance are “Solo,” “You Know,” and “My Last.” 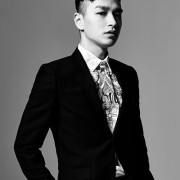 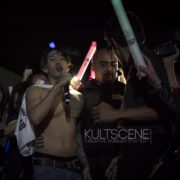 What We Learned at AOMG’s Los Angeles Show