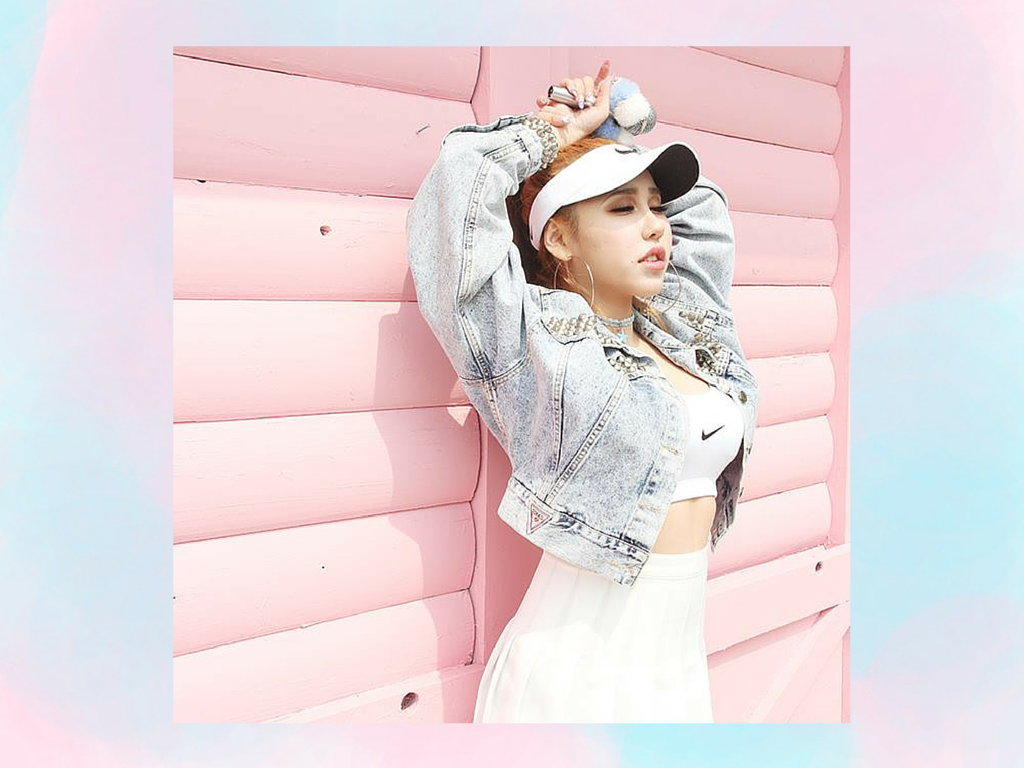 If ‘90s anime and kawaii pastel goth blogs on Tumblr joined together and formed an entertainment company, LiVii would undoubtedly top its artist roster. Kim Songi, known by her stage name LiVii, comes out from the inner depths of the glittered plastered digital world, leaving her ulzzang (best face) status behind and moving forward with her contemporary R&B and pop sound embellished with net art.

The mega babe debuted early last year in January with the uber sweet love song “Beep x 3,” highlighting her kawaii, health goth image largely revered online. But her status as internet queen reached its peak with the release of “C’mon” the following months. The music video is an explosion of color and quirky graphics, styled with Joy Rich everything and throwback Tommy Hilfiger overalls. The song itself, on the other hand, is reminiscent of some of Ariana Grande’s more upbeat material –minus the powerful pipes, however.

For her next release, “₩atch & Learn,” LiVii threw hip hip into the mix by showcasing her rapping skills and released a faster, middle eastern influenced twerktastic jam. Moreover, LiVii channeled her inner M.I.A by not only repeating “Bad Girls” lyrics, but the music video is very reminiscent of the English singer’s “XXXO” video with the glittery graphics concept. LiVii, however, made it very specific and her own with her use of purikura (Japanese instant photo booth) inspired graphics and DIY feel that took the awesomeness of the video to another level.

This year, the singer has been focusing on releasing Konglish covers of mainstream American R&B songs mixed with her original lyrics. So far, LiVii has her own versions of Kid Ink’s “Body Language” and the recent “Post to Be” by Omarion. With both covers, LiVii managed to turn male songs into something a sexy, driven girl would sing. By bringing in her personality and her signature style, she has us thinking Omarion and Kid Ink who?

Also on KultScene: 10 Epik High Songs to Get You Ready for Their North American Tour [UPDATED]

“Post to Be” has just about the right amount of cuteness that doesn’t infantilize LiVii (like some K-pop girls out there) and has her looking fly as hell. “Body Language,” also unlike K-pop stars, seems more like LiVii being in control of her sexuality and how much she uses it to her advantage rather than being exploited for someone else’s profit. To both tracks, the singer brought in her own flair

LiVii is essentially that unnamed girl on Tumblr we all reblog and wish we had her swag and good looks. She might not drop bars as hard as Cheetah or be as glam as CL, but she has an interesting image no one on the mainstream has claimed yet and her voice is like a spoonful of sugar. And with no notable collaborations or viral fame, things can only go up. Just wait a couple of months and this queen will surely occupy her seat.