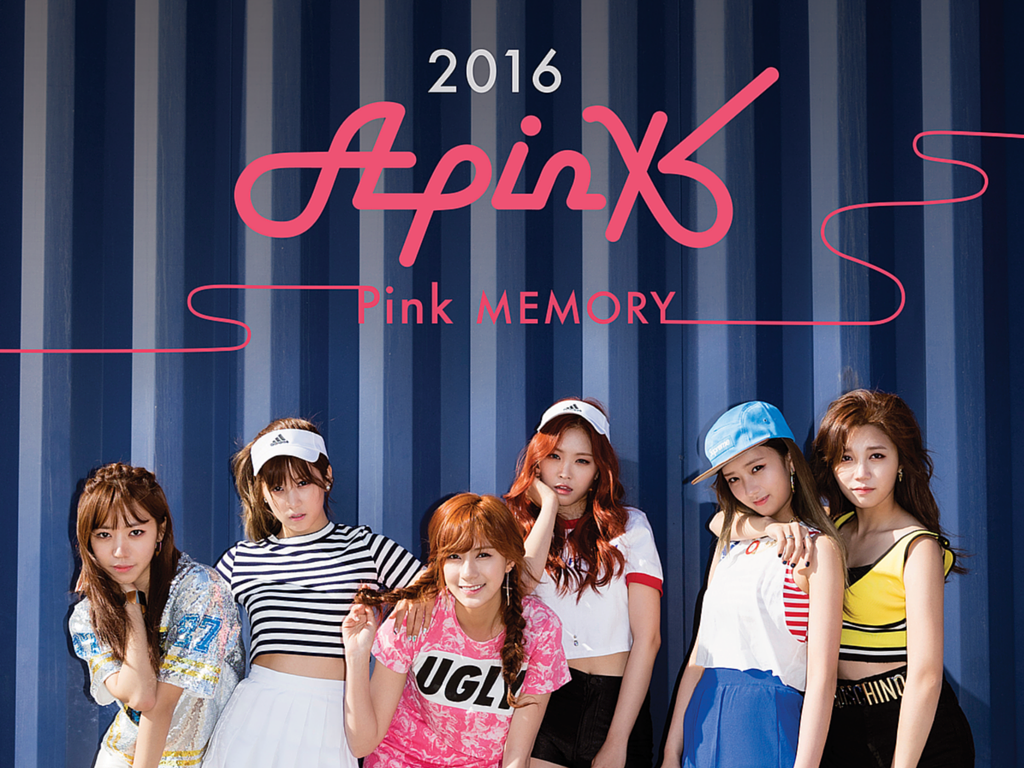 Becoming a popular K-pop girl group is hard. Not only does a new group debut every other day, but female artists have to compete with male groups who get most of the attention from the fan girls. Definitely, not an easy task. However, Apink stood the test of time and is now one of the most popular girl groups and Korea. Said popularity has spilled abroad recently, with them touring China, Japan, Singapore, and now their “Pink Memory” North American tour is just around the corner!

The lovely girls of Apink are headed to the US and Canada early next year. Their stops are Vancouver on January 5 at the Orpheum Theatre, Dallas on the 6 at the Verizon Theatre, San Francisco on the 8 at the Regency Ballroom, and Los Angeles on the 9 at Club NOKIA. Tickets have been on sale since November and they go from $50 for general admission, to $250 in Vancouver and $215 for the US stops for the VIP meet and greet. You can buy them here.

Thanks to big shows and festivals like KCON and the Korea Times Festival we’ve been able to see a wide arrange of Korean acts over the years, but Apink’s concert will be the first time since 2012 that a female K-pop group holds a solo concert in the States and fans are ecstatic. But to add to the excitement, let’s revisit eight of their songs to get us hyped up for the upcoming shows.

Among the standouts release by the sextet, the one that shines the brightest is no doubt “Mr. Chu.” While still sticking to their overall cute and feminine concept, “Mr. Chu” is one of those feel-good dance songs you can’t help but cheer up when you listen to it.

Apink has its fair share of earworms, but none gets into your brain and refuses to leave like “No No No.” The chorus and the point dance moves, of course. “No No No” is one of those songs you just can’t sit in your seat and clap along to. You must get up and sing and dance along with the girls.

After becoming one of the standout rookies when they debuted, they came back with “Hush.” Unlike a lot of Apink’s singles, “Hush” relies a lot on the electro pop beats that were very popular in K-pop when it came out. Even if the song differs from what we’re used to from them, it’s a nice change that breaks the sameness of their cute and girly songs.

This B side from “UNNE ANNE” followed the same sound as “Hush,” being an electro pop extravaganza. In true Apink fashion, the song is incredibly catchy and easy to sing along to. However, the song stands out for being a cool mix of their usual concept with this new electronica concept. “I Got You” would’ve made an awesome single. But since this wasn’t the case, we’re left with a true hidden gem only fans or people who take the trouble of listening to the whole album know.

But not everything is a dance party. With such talented vocalists, we obviously have to include a mid-tempo ballad. It’s a little reminiscent of Rihanna’s “Take a Bow,” but with Apink’s signature sugary and youthful vocals.

When one thinks of Apink, songs like “My My” is what comes to mind; innocence, femininity, and a bit (or a lot) of cheesiness without tapping into the ridiculous. “My My” is a complete throwback for its bubblegum pop reminiscent of S.E.S or other ‘90s Western pop acts. The melody goes perfectly with their sugary vocals, creating an uplifting, feel-good song.

Also on KultScene: 6 INFINITE Songs That Will Prepare You For INFINITE Effect

Fast forward a couple of years, the girls of Apink are not so young anymore, and we got a glimpse of their transition into womanhood with “Luv.” Still cute, still feminine, but this song has a touch of maturity we hadn’t seen before from them, stating that these girls are growing up. The girls are now singing about deeper kinds of love and seem more in tune with said feelings. “Luv” is a nice break from the lively tunes, showing us that Apink is not only about the rainbows and unicorns in life.

Having their cake and eating it too, “Remember” starts off as a sweet ballad but then turn into a fresh pop synth symphony. It sounds completely different from anything Apink has done before, but at the same time, it’s familiar. After “Luv,” the girls went back to their cute concept, but the flavor in “Remember” is seasoned differently. Like it was left to marinate longer and now has a more flavorful and rich taste to it. It’s a great summer jam, making it a great song to dance and have fun to at the show.