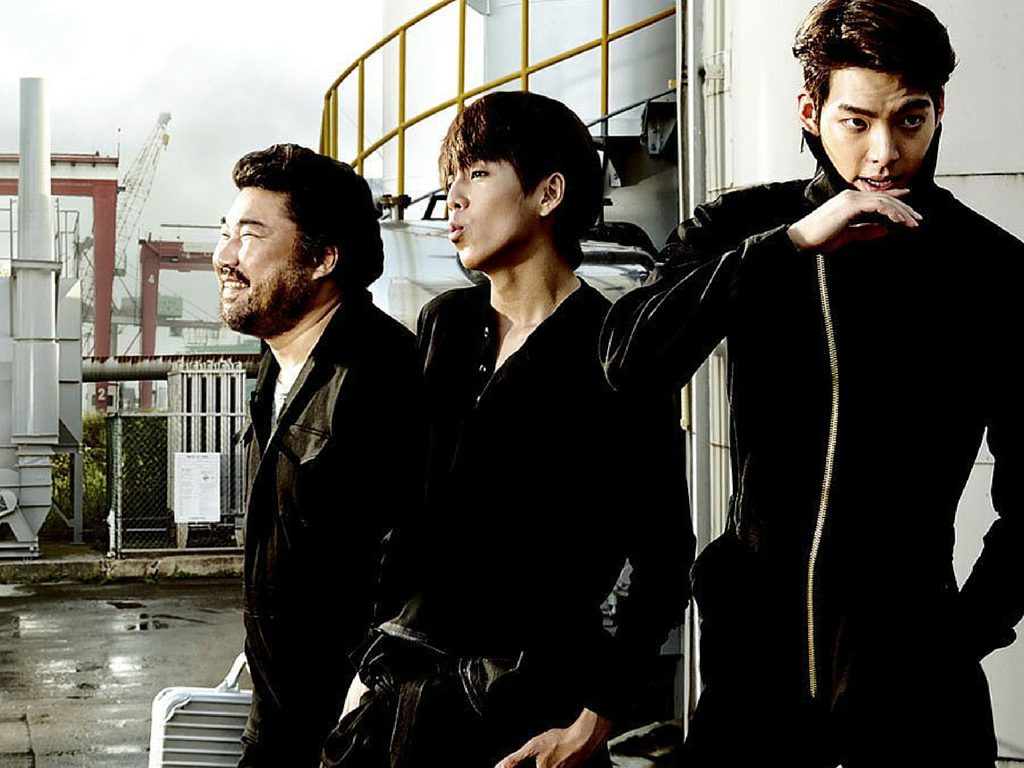 After riding high on the success of The Heirs, Kim Woo Bin is back with the action-packed heist movie The Technicians… Or more like came back in December of last year when it was originally released in Korea, but only made its way to DramaFever (they have the exclusive rights to it) on March 7th, giving us all Hallyu enthusiasts even more reasons to stay in on a weekend.

The Technicians, also referred to as The Con Artists on some websites, is a suspense-lite film about the revenge seeking hustler Ji Hyeok (Woo Bin) and his partners-in-crime Koo In (Ko Chang Seok) and the superb hacker Jong Bae (Lee Hyun Woo, the second male lead on To the Beautiful You) collaborating on a major heist with President Jo (Kim Young Chul), an even greater crook, and his gang. 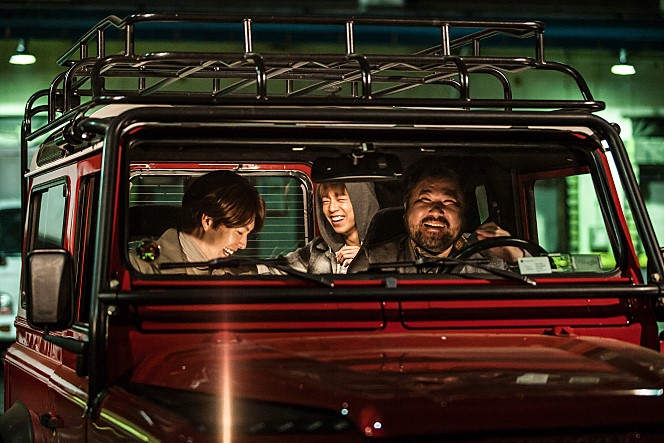 This film comes out of director Kim Hong Seon’s mind, who also brought us the drama Liar Game and the film The Traffickers, for which he won the Rookie Director Award at the Cheong-ryong Movie Awards in 2012.

With this in mind, we know that the man does suspense well. But as mentioned before, suspense wasn’t really what drove The Technicians’s plot. Sure, watching Ji Hyeok try to open the safe at the diamond store while the cops lurked outside or as the cop car circled in on them while emptying the safe at Incheon Customs was tense, but we have all seen these scenes done time and time again before.

And that’s how the whole movie turned out; I felt as if I had watched it before, I knew what was coming. It was basically Ocean’s Eleven adorned with combat scenes here and there we’ve seen in other action thrillers. More than it’s own unique movie, The Technicians felt like the Korean version remake of a well-known film. It had it’s own flavor, since Hollywood and Korean films are different, yet nevertheless underwhelming.

I did, however, enjoy the backstory. Or more like the idea of the backstory, since the writers glossed over it to make the action portions the main attractions. I get how blockbusters work, I really do, but how am I supposed to believe that Ji Hyeok’s affection for his mentor is what drives his vengeful agenda if we get one scene out of the story and the random fact that he’s an orphan? And what about the rest of the gang, were they only greddy hustlers out for the money or did they also have a story? We never learn anything about anyone with the exception of Ji Hyeok, making everyone else accessories to Ji Hyeok’s story. Most of the characters in The Technicians are one dimensional; vague and without depth — the same as the plot.

However, one thing that I did appreciate about the film and another reason it made it similar to Ocean’s Eleven was the whole heist-within-a-heist factor. Even if viewers have seen the technique in other movies, the elaborateness of the actual heist and how it’s all explained at the end, realizing you were fooled together with the bad guys is appreciated. I mean, am I alone when I say my heart stopped for a second when Ji Hyeok jumps into the ocean? But that may have been due to my bias towards Kim Woo Bin, which leads me to…

… A much appreciated little gem. Thank you Mr. Kim Hong Seon for thinking of us fangirls.

At the end of the day, The Technicians is an entertaining movie you would watch on tv as you’re flipping through the channels, or in this case while waiting for your drama’s next episode to be released, but not the type to go to a theatre and spend $12 on. Kim Woo Bin is the utter star of the film: he’s the protagonist, the story is about and revolves around his character, who is the mastermind of it all, and he actually delivered the least over-the-top performance. So if you’re a Kim Woo Bin fan, I recommend The Technicians, if not, it’s better to have it as backup.

DramaFever is currently streaming The Technicians for premium members. Check out the trailer here: