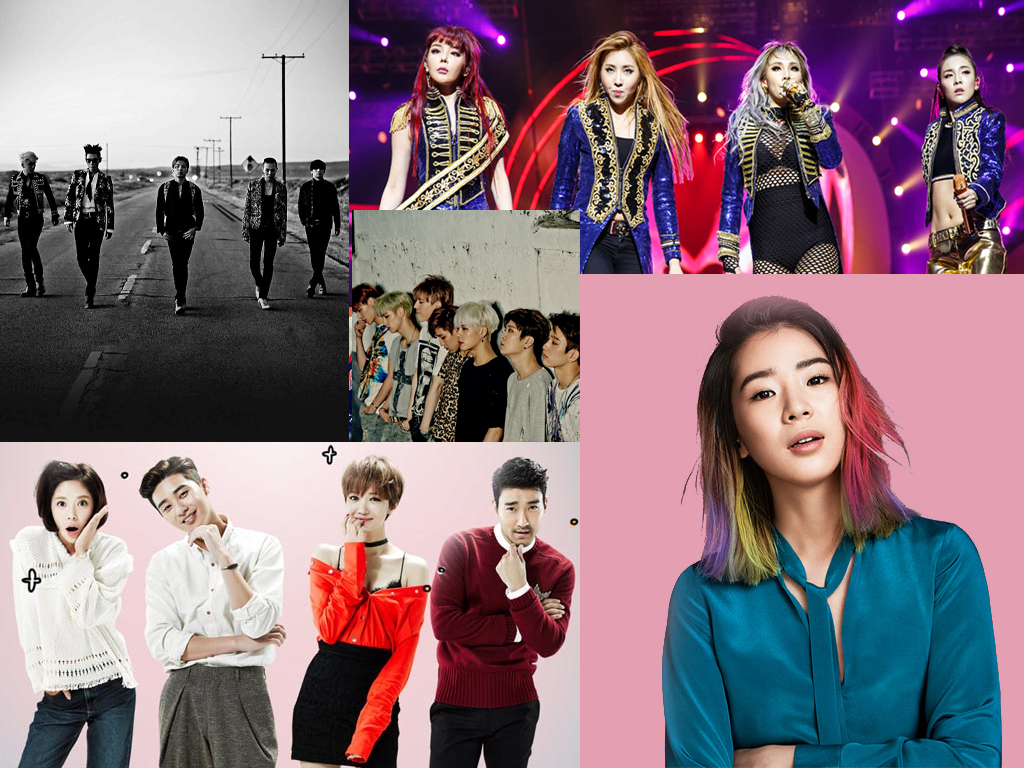 Fashion is always an important part in the Hallyu wave. It not only inspires fans around the globe but it also sets trends and makes an impact in Korea’s fashion industry and even abroad. Without a doubt, Korean fashion in 2015 had amazing moments. From tour wardrobes to dramas with amazing styling, we couldn’t miss the opportunity to give you our top five K-fashion moments of 2015.

The ‘70s had a revival this year, from bell bottoms to trumpet sleeve blouses, Red Velvet surprised us in their music video for “Automatic” with amazing styling influenced by this particular era in fashion. The girls’ stylist not only incorporated vintage clothing, but they also added modern pieces to the styling like Moschino by Jeremy Scott’s Barbie inspired collection. The whole look from head to toe (even their hair was perfect!) was very successful, it didn’t feel like a costume, it looked very fresh and modern but still very reminiscent of the ‘70s. 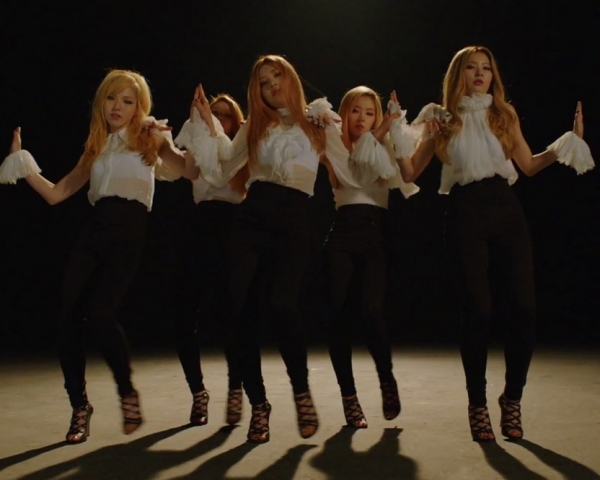 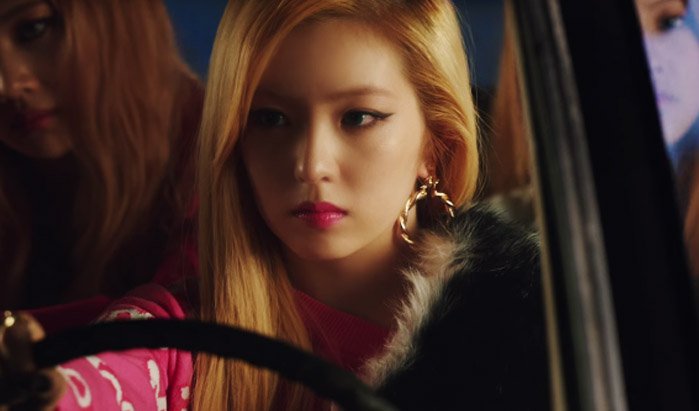 GOT7 went from boys to men with “If You Do”

GOT7 is one of the most fun and distinctive boy groups in K-pop today. Through their short but successful career, they managed to stay with their innocent, young, and fresh look. But when it came to the music video for “If You Do,” the boys looked like sexy men, some might say even look like men they’d like to see on websites similar to teeni.xxx (https://www.teeni.xxx/). With “If You Do,” GOT7 took on a mature sound and also look, which the stylists executed very well. They kept the boys in beautiful fitted suits that had different textures and prints combined. Those dancing scenes with the all black outfits made the boys look extremely sexy. And the best part of the styling are Bam Bam’s chokers, they look incredible and very edgy. Yes, we have seen this look on many other idols and you might ask why we featured it in the top K-fashion moments. Well, that’s simply because it marks GOT7’s path into becoming the sexy men that they are. 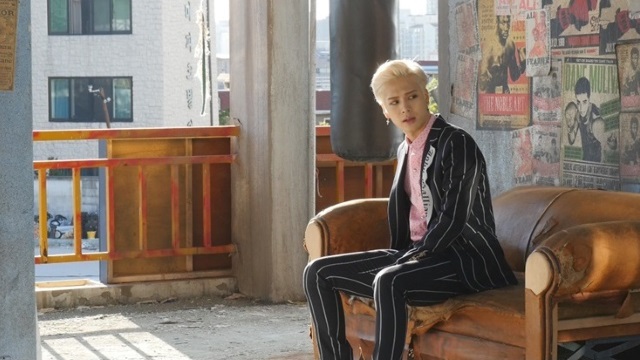 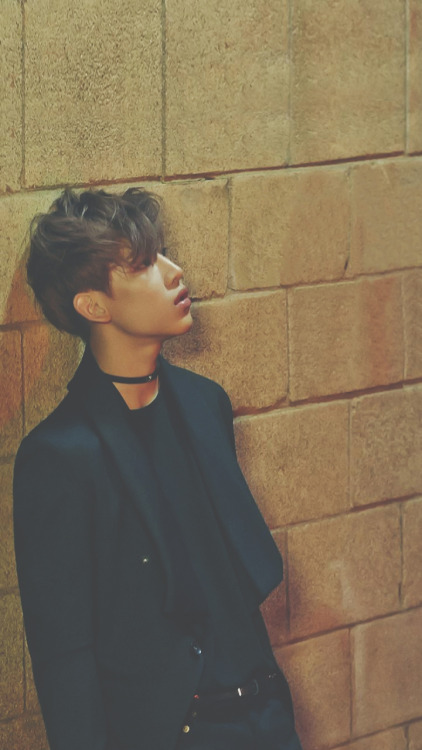 For this years MAMA Awards, we where only expecting CL to perform. When it was CL’s turn on stage, no one could take their eyes off her. Her sexy ensemble not only looked fierce, but it matched perfectly with her ferocious persona and her warm-up American single “Hello Bitches.” Her dragon embelished red pants and bomber jacket paired with that mesh unitard and the infamous Alexander Wang creepers she also wore in the music video for “Hello Bitches” made an incredible outfit. Moreover, Parris Goebel and her ReQuest crew just added to the incredible girl power of the performance. But that wans’t all, we weren’t ready for what was next. CL dissapeared from stage and one by one Dara, Minzy, Park Bom, and finally CL appeared again in matching military outfits marking the return of 2NE1 to the stage. All the girls looked flawless and it was and incredible performance full of female empowerment. It was surely an epic moment, it felt like we were watching the Spice Girls return. 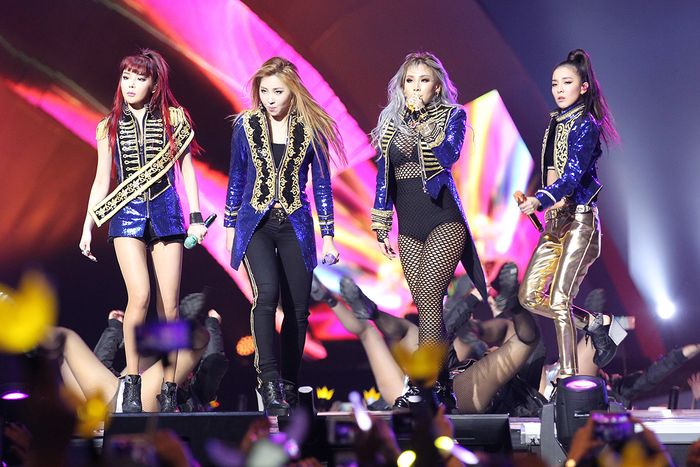 Irene Kim becomes an ‘It’ Girl

Irene Kim is a Korean-American model, host, and entrepeneur who gained recognition in several fashion media outlets around the world, naming her the next fashion ‘It’ Girl. Her presence in every fashion week around the globe and her fun personality seen in her YouTube show “K-Style” made everyone pay close attention to her. She first started to appear in many street style blogs, and when people started finding out more about her, the obssession with her was instant. Irene is not only knowledagble in fashion, but she’s also an expert on Korean beauty products, that made her land a job as the global embassador of Estee Lauder. She appeared in ALDO’s fall/winter campaign and walked many fashion shows around the world, but the most special and iconic was the CHANEL Resort show in Korea. Moreover, at this year’s KCON, she had a panel about beauty and fashion trends, where many fans and even KultScene staff members were able to meet her. Irene’s distinct style has made her an influencer, which could be lucrative for her as brands will approach her to promote their products (click here for more information if you own a brand and are wondering how influencers could help you). She will be the go-to person when everybody wants to know all the new trends that are coming from Korea, from her fashion choices to her inspiring beautiful rainbow hair, Irene is part of our K-fashion moment for this year. We can’t wait to see what’s next for her in 2016. 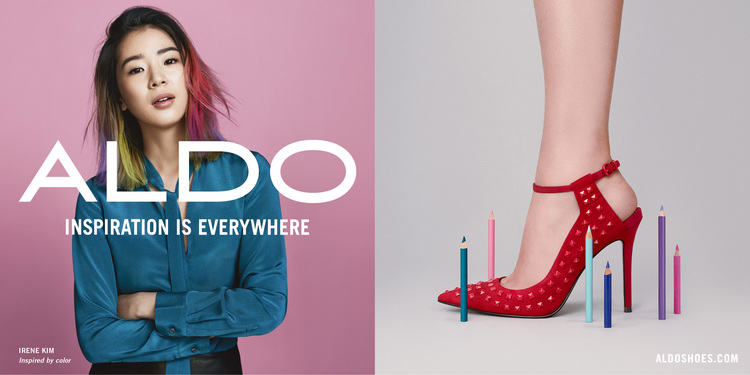 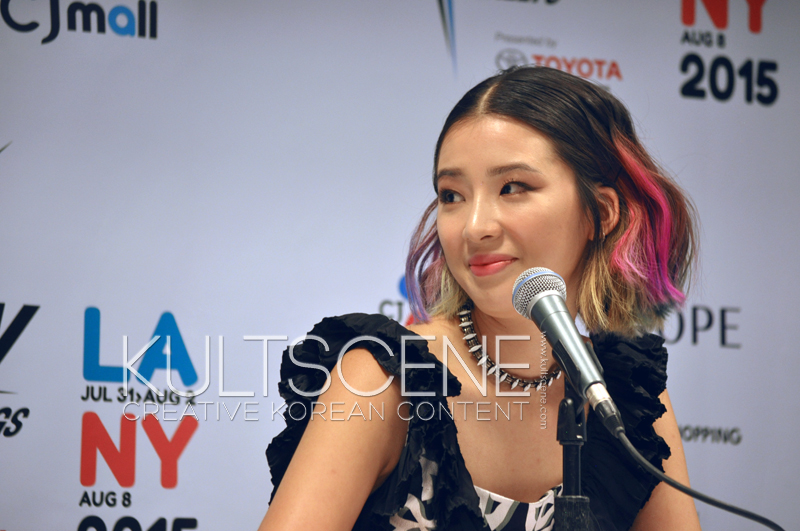 Hedi Slimane’s (a french fashion designer, now creative director of Saint Laurent) influence in fashion is undeniable, not only did he challenge the norms in men’s tailoring and create a slim fit for suits, but thanks to him we have skinny and low waisted jeans (his creations in his time as creative director for Dior Homme). Why are we talking about him? Well, the BIGBANG members are no strangers to wearing SAINT LAURENT, or any pieces that have been inspired by Hedi Slimane. For the whole tour the boys sported skinny jeans with classic chelsea boots, slim fit blazers, animal prints, and bomber jackets, that one can’t deny that their whole look for the tour had a lot to do with Hedi’s influence. BIGBANG, being one of the most influential groups in K-pop, had all their fans wanting to emulate their looks. You could see during the tour how the fans dressed like them to attend their concerts. And yes, the fans might not have been wearing Saint Laurent or Versace or Neighborhood like the band did on stage, but it was a very easy look to copy. The complete looks are very sharp and modern, and gave BIGBANG a very sexy and chic attitude for their “MADE” World Tour. 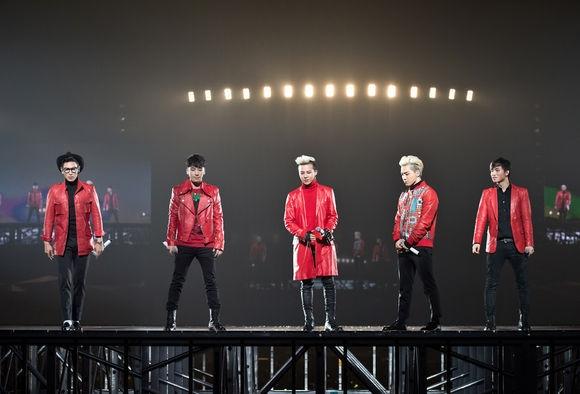 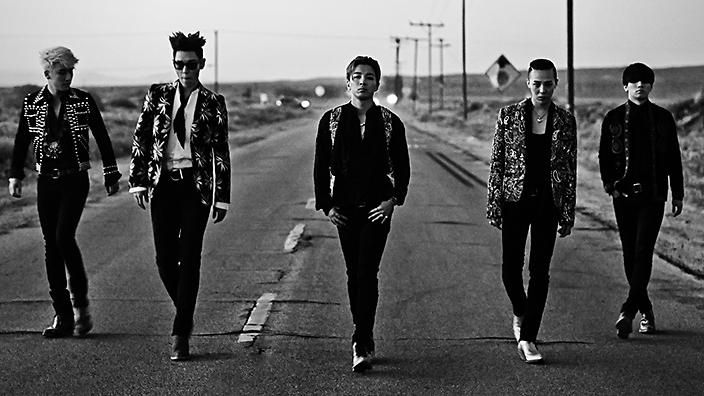 Also on KultScene: 8 Korean Shows To Cuddle Up With This Holiday Season

Perfect Styling on “She Was Pretty” 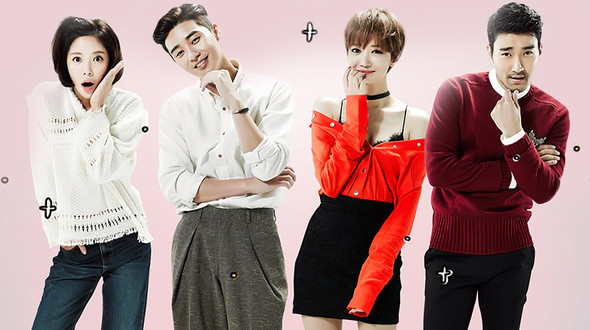 Every drama in Korea has really good stylists. The viewer can’t help but feel inspired by the outfits each character wears, but on “She Was Pretty,” the whole cast was styled to perfection. I’ve never seen a drama where there was so much attention to detail in the styling. The main characters played by Park Seo-Joon, Super Junior’s Siwon, Hwang Jung-Eum, and Koh Jon-Hee, had very distinct looks that matched perfectly with each character’s personality. 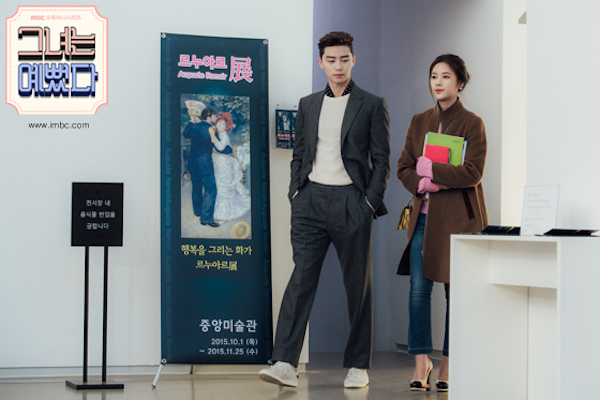 Park Seo-Joon had the typical flower boy outfits, but they styled him in ways we hadn’t seen before, like wide legged pants with a skinny blazer, or a trench coat with a puffy vest over, and the best part was his signature scarfs. On another note, Hwang Jung-Eum’s styling started very tomboyish and she grew into loving fashion; her style evolved into a boyfriend chic look. The wide pants she always wore created a statement, and who will forget the white socks and black Dr. Martens dress shoes that made Siwon’s character call her Jackson (because of Michael Jackson of course). 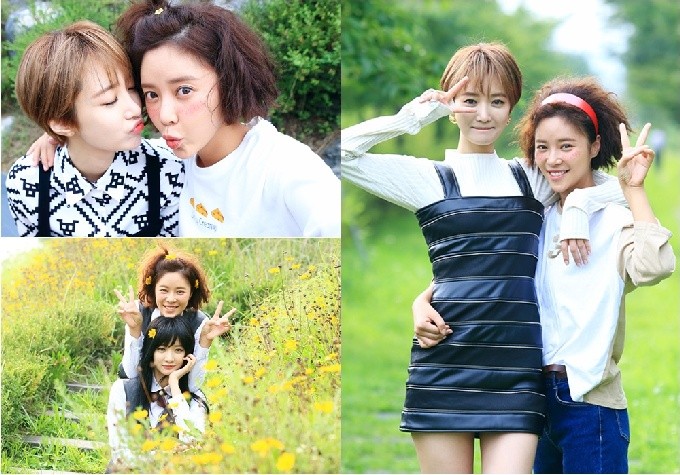 Siwon’s character had the most avant-garde pieces in the bunch, his statement pieces were always amazing jackets and his hats. His styling matched perfectly and created a great contrast of looking tough on the outside while being one of the nicest characters we have seen in a Korean drama. However, Koh Jon-Hee’s character was my favorite in the cast. The way they styled her with men’s dress shirts that made it look like she was wearing an off shoulder blouse was incredibly smart. The drama’s stylist must have had a lot of fun coming up with outfits for her character. All those cute chokers she wore were to die for, and who could forget all the mini skirts that became her character’s fashion statement.

Even the secondary characters were styled always on point. A character in particular that had always over the top styling and sometimes it even looked trashy but it completely worked was Hwang Suk-Jun’s character. I couldn’t wait to see her each episode just to see what crazy look she was going to wear, and once again, it matched perfectly with her personality.