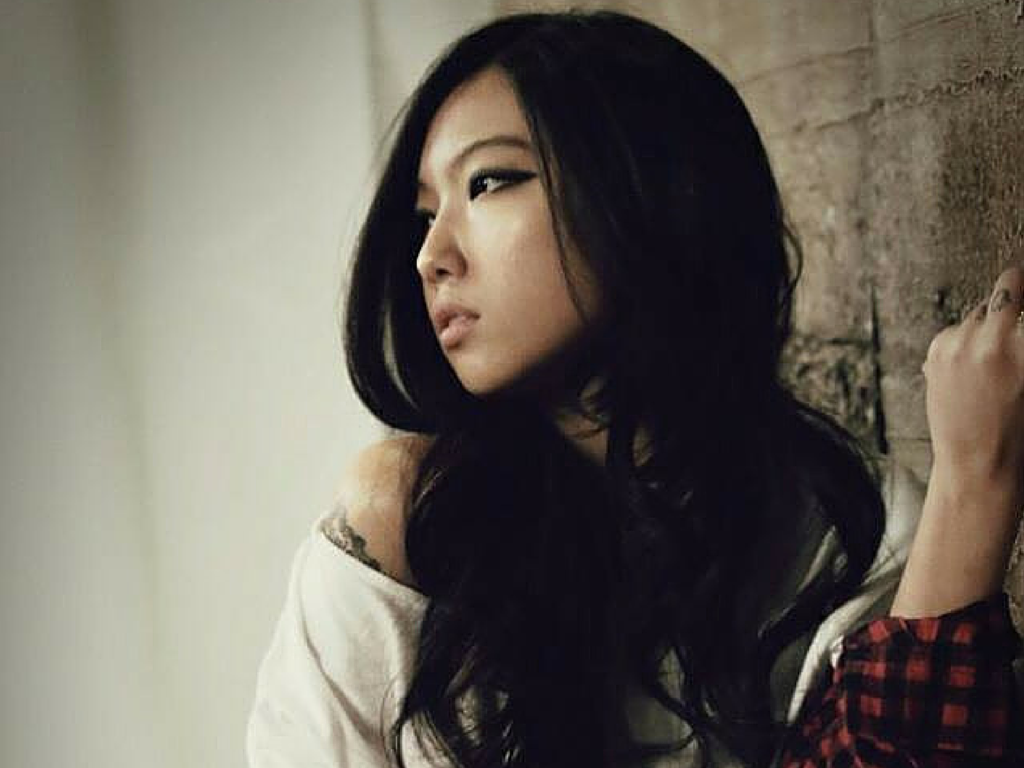 Singer-songwriter’s are rare in the mainstream Korean music scene, but 18-year-old rocker Kris Leone is trying to make it big.

As the daughter of one of Korea’s most legendary guitarists, Boohwal member Kim Tae Won, Kris Leone has a lot of talent under her belt. She began her career two years ago and has toured with Boohwal, but also gained recognition for her own skills as a musician. Now, Kris Leone just released her latest album and gave KultScene an exclusive interview, where the singer introduced her music, inspiration, and the meaning behind her stage name.

“Hello, I am Kris Leone, currently a singer-songwriter in Korea. I have released a single, Into the Skies two years ago, and now have finally released a full album titled, The End. I am honored to be interviewed by KultScene, thank you for having me here.”

You released your single Into The Sky in 2013. How does it feel to come out with your first full-length album two years later?

“Having composed and written all the songs (in addition to directing the music video and designing the album itself), it was a long and stressful two year process, but I am very satisfied with the outcome.”

“Originally, being more comfortable with English than Korean, I composed all my songs in English. However, being a singer in Korea, it seemed essential for me to release a few of them in Korean. Not being so fluent in Korean, a talented lyric-writer had to translate and fit in Korean lyrics to my songs.”

I read that you were sixteen when Into The Sky was released. How have you and your music changed in the past two years?

“Although I was sixteen when the songs Into The Skies and Goodbye were released, I had written them when I was younger. A few of the songs in the album recently released had also been written around at that time (6th grade to 9th). However, in the full-album, I had the songs fit my taste much more than I did with the previous single, and therefore more of my ‘true colors’ are shown in them.”

Can you tell us a little bit about your name?

“My real name is Seo Hyun Kim. I started music to create awareness and give hope to people who are having a hard time, thus my stage name consists of an ancient arab knife called Kris that was known as a weapon of art, and Leone, meaning lion in italian (symbolism of courage). I chose an English name because it is a dream of mine to become an international musician.”

[KultScene note: According to Wikipedia, kris knives originated in Indonesia.]

How large of a role do you have in creating your music?

“I compose, write, and sing my music.”

What musical styles do you get inspiration from/ Do you have some favorite bands or singers?

“I was inspired to start music when I watched the movie, The Phantom of the Opera, starring Gerard Butler (although subtle, the music video was themed with this movie to express the problems I had ‘music’). As I grew older, I grew closer to rock; My Chemical Romance, Asking Alexandria, Jimi Hendrix, Led Zeppelin, Deep Purple, and X-Japan are a few of my favorite bands.”

You’re pretty young. Do you devote all your time to music? How do you unwind after a day of recording?

“To me, music is more of a hobby than a serious job. I think that’s what keeps me going night and day when I work on it. Although, I must confess that I become an obsessive perfectionist when it comes to it (haha), and coffee becomes my best friend during those times.”

A lot of KultScene’s audience are fans of K-pop and idols. Do you have any favorite K-pop acts?

“I love Yoon-Ha [KS-Younha]. Her originality and talent amazes me every time. Her song Set me Free helped me through a hard time when I was younger.”

What would you like fans to look forward to from you in the future?

“I plan to keep releasing songs and improve my skills as I go along. I can promise that the songs/albums in the future will mature and improve as time goes.”

Is there anything else you’d like to say to our readers?

“To the KultScene readers, thank you for your attention and please stay tuned! Kris Leone, signing off.”

Check out Kris Leone’s music video for her latest song, The End and her Facebook page!