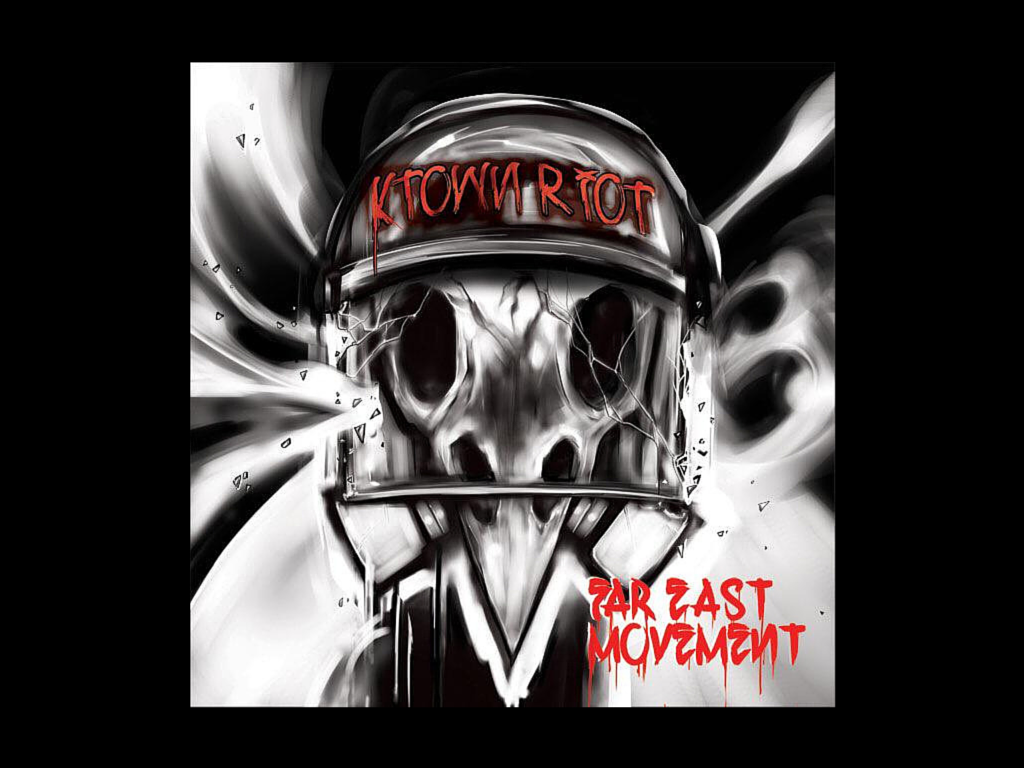 Far East Movement pay homage to their hometown with their new EP KTown Riot. The quartet collaborated with many artists and producers to create this EP that gives back to their community. The whole EP focuses on the group’s experiences growing up and living in K-Town in Los Angeles, California. From an official statement on their Facebook page, Far East Movement stated:

…we named this mini album KTOWN RIOT to show love to the city that’s had our back since day one and the word RIOT mean growth from chaos, and we’re proud to see how the community has grown And inspire us to grow as artists and people.

Far East Movement doesn’t stray from their well-known sound or style, which adds familiarity to the songs. But with their Far East Movement flair, each song on the KTown Riot EP keeps fans and listeners entertained throughout, whether the sound is familiar or not.

The Illest starts out completely different than where it ends up. But listeners can tell from the subdued, and slightly muffled, music that the beat will eventually build upon itself and escalate into a club song. The beginning of the intro already adds a layer to the original beat and music. Halfway through, the beat builds, then briefly stops and introduces a new beat used for the first verse and bridge. As the hook comes back into play, we hear the marimba-inspired music from the beginning of the song. The lyrics show listeners how the guys party. And when they party, they party hard.

The use of “my K-Town chick” tells the listener that this EP is about K-Town and all its vices. Partying hard, getting into trouble, hooking up with each other, smoking, and heavy drinking are all present and doable in K-Town. It’s what makes living there (and visiting) an experience.

No motherfuckers can out-drink us

The Illest is your basic hip hop party song, but with Far East Movement personality throughout it. They’ve cut down some of the verses from the original and just stuck with Schoolboy Q’s rap verse. Rapping about drinking Tanqueray all night, smoking cannabis, and entering the club alone, but not leaving alone. To close out the song, Prohgress tells listeners explicitly why they are the Illest:

2.Bang It To The Curb ft. Sidney Samson

If The Illest was about partying and hip hop nightlife, then Bang It To The Curb is about driving around recklessly with the music bumping and the stash in the dash ready to go:

Hit the stash in the dash, better puff puff pass
Flyin faster than the 5-0, bang it to the curb!

Bang It To The Curb shows what it’s like driving around in K-Town. Bang It To The Curb starts out similarly to The Illest in that the listeners are eased into the song and not thrown into the club right from the beginning. A female vocalist starts the song off with the hook, and then we get some hardcore house music fit for the club. Musically, there aren’t as many layers as in The Illest, but that suits this song much better. The beat is hard-hitting and the quick, high-pitched house music fits the tempo and feel of the song.

Using one’s area code in a hip hop song is the way to represent your city and hometown. A subtle way to show love to where one is from and still calls home. The use of 213, the area code for downtown Los Angeles, is actually a very small area that is completely surrounded by another area code. Using 213 shows that K-Town is very exclusive and tight-knit. They may be surrounded by a different area code, but the only thing that matters is what’s happening in the 213.

Grimey Thirsty is all about the instrumental. The song showcases producer Rell The Soundbender’s ability to fuse hip hop and dance music. Grimey Thirsty is a song that the DJ would play toward the end of the night in the club; it gives off energetic club vibes needed as the night comes to a close. Always leave on a high note, and dance to Grimey Thirsty, the ultimate club song.

The first rap verse is essentially about rolling up to the club, drinking in the club, meeting a girl in the club, and hooking up with that same girl girl. Rapper YG has a verse about halfway through the song where he raps about being pulled over by the police and searched for an hour because the police want to find something to pin on him. The song title really says it all: Grimey Thirsty. That’s what the club scene is like: the guys, the girls, the venue. They’re all grimy and everyone in the club is thirsty, which leads to large amounts of alcohol and a lustful thirst.

In regards to YG’s rap verse, the term Grimey Thirsty correlates to his view of the police that pull him over because of his race. The cops are grimy human beings, and they thirst at the slightest reason to find something on him.

The second half of the KTown Riot EP gives off a laid-back, more subdued tone compared to the club-heavy tracks in the first half of the EP. Electro duo La’Reda gives a breath of fresh air to this EP in Level (Palm Trees). The previous tracks are more similar to Far East Movement’s usual musical style and genre, but La’Reda adds their mixed beats and sounds of EDM and melodic tunes to create a laid-back vibe that perfectly depicts the sunny days in LA. Sha Sha Jones’ vocals also perfectly embody the feeling of this song, a feeling of finally making it to the top.

Level with these palm trees

The sounds and lyrics of the song portray the feeling of dreaming of bigger and better things. The rapping perfectly fits into the song and doesn’t feel forced. The pace matches the beat and music beautifully. The final third of the song sees a change in music and pace, with more of an EDM feel, but then we are back to the laid-back, chill vibe.

”One day we’ll be level with the palm trees”

The lyrics are a perfect metaphor for wanting to reach success that puts one at the top of the top. Experiencing all the lows throughout life only adds to the process of reaching that pinnacle moment in life and will make it so much sweeter.

At the beginning of Melody, it seems like a sweet serenade, and then it changes within the first few lines of lyrics…

I can tell you want to fuck with me

The song is still a sweet serenade, just Far East Movement-style. There’s no beating around the bush with this song. They clearly say what’s on their mind to the girl and expect her response to mirror their thoughts and actions. The sweet vocals pair nicely with the funk-inspired music and beat. The whole song is about throwing away all their inhibitions to have a melodic love-making session, or two. The lyrics may be explicit and to some, crass, but they get the point across:

Obviously this song is not about a simple hookup. There is more involved, there are deep feelings. He wants to experience a melodic love session with this woman:

6.Up To No Good ft. Adrian Delgado

Up To No Good has a slight R&B feel to it fused with hip hop. Adrian Delgado’s vocals add to the R&B feel, especially his falsetto. Up To No Good is a great song to round out the KTown Riot EP. It’s an anthem that states:

K-Town always up to no good

It’s about living life to the fullest even if it means getting in trouble. Be adventurous and don’t regret anything and K-Town is the place to do that. In the KTown Riot mini documentary K-Town Riot Part 1, OG Chino states

the things that go on in Koreatown probably don’t go on anywhere else in America.

Koreatown is the place to go to break the rules.

Keeping to the overall theme of the EP, Up To No Good talks about the various rebellious acts one can do:

They’re seeking trouble and the song is paying homage to the fact K-Town is its own entity where one can have a lot of fun, and get into a lot of trouble.

I am pleasantly surprised with Far East Movement’s KTown Riot EP. I expected the usual EDM, club hits, but the second half of the EP showed a softer side to them, musically. The first half is definitely for getting ready to go out and for at the club, the second half adds more emotion to the mix. They stick to the theme of showing listeners what it’s like for them living in K-Town.

Overall the EP flows well from hard-hitting, club hits to softer, more laid-back songs. Somehow they manage to make all the songs work well with each other. The layout has a lot to do with that. Rapping about all the lavishness of partying in K-Town and then rapping and singing with more focus on doing things with just one girl.