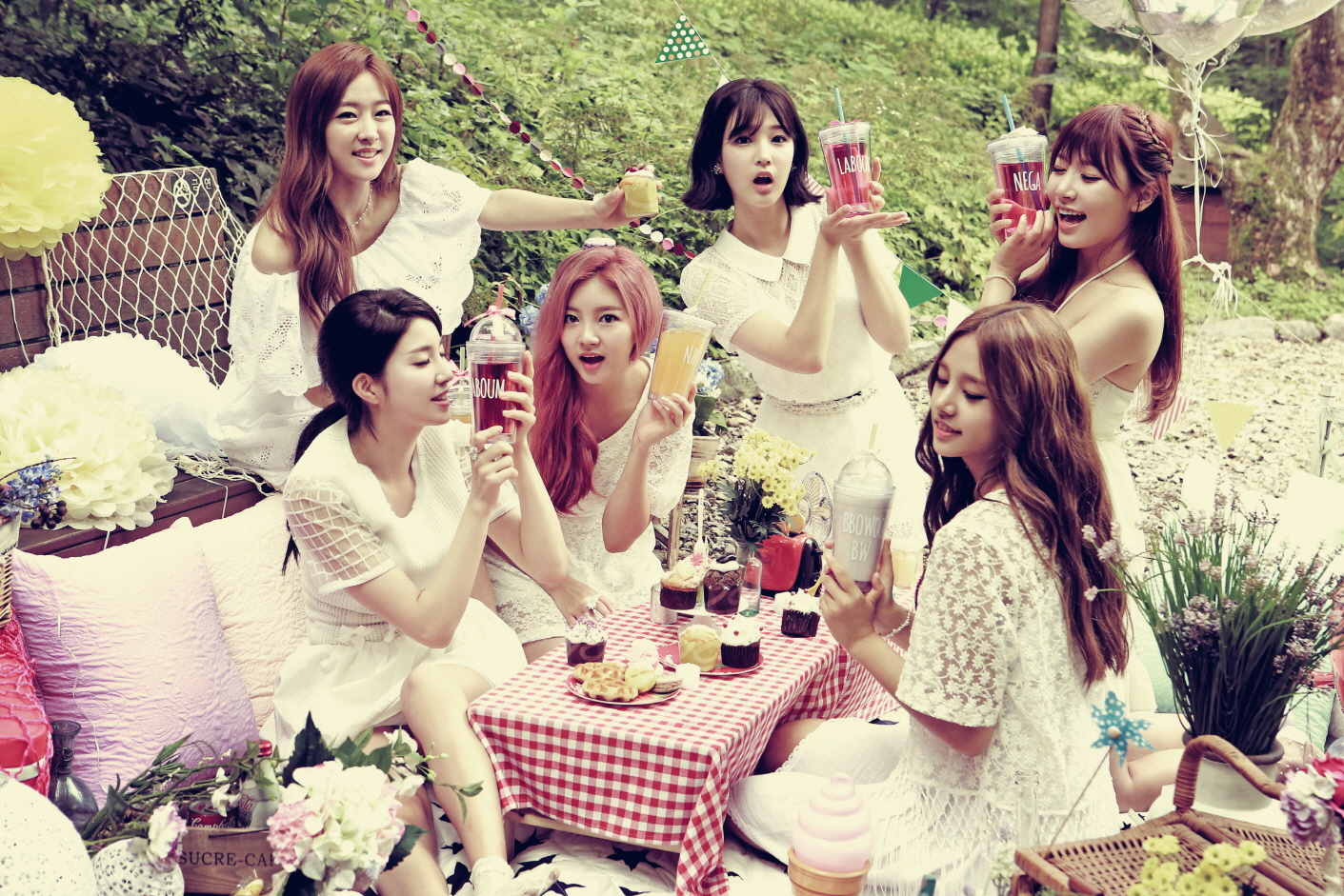 ‘Tis the season to be jolly, which means we are coming towards the end of the year, which also means it is the season of end of year lists. We are starting off the look back at this year with a consideration of the new. We’re highlight the K-pop rookie groups that have stood out without the backing of one of the big three companies in 2014.

It is becoming more and more difficult for a group to stand out from the crowd since the number of debuts is rising all the time. Without the backing of one of the big three, it is even more difficult to get any sort of publicity. What marks my picks is their lack of gimmick in that it is unusual for a group to debut without one now but these groups have their mark with quality alone. There are some absolute gems to be found and there is lots of potential for the future here.

High4 are best known right now for their collaborations with IU and Lim Kim. Even if it was IU who seemed to gain most from these team ups and given how hard it is to outshine Lim Kim’s unique voice, it still gave High4 an interesting way of entering the K-Pop market and brought them a fan base. They have also shown great range through these two songs and their first solo song Headache. Not Spring, Love, or Cherry Blossoms with IU is a sweet song perfect for its spring release. A Little Close with Lim Kim is a smooth R&B track where their vocals are pushed, and Headache is a high energy funky song that was a big departure from their collaborations. While there is no obvious standout track here, there is a lot of potential to go forward and create interesting songs in a diverse range of genres.

There always seems to be rookie groups popping up with the strangest names. Purfles were right up there in terms of weirdness, and their lack of teasers meant no one was expecting anything from them. The release of 1,2,3 in October completely smashed expectations as it was one of the most polished productions of all the debuts. Starting off as sexy means this trio of girls are clearly looking at sexiness as their main focus and as something they can add to rather than switching to it to sell records. So far, they are certainly making a mark with this concept. 1,2,3 is an exciting song with sharply executed choreography and ‘na na nas’ that do not leave your head. Expect Purfles to comeback soon to capitalize on their surprise release.

Standing out from the crowd is what all rookie groups want to do. Usually using strange gimmicks like a group of girls with bob haircuts (Bob Girls) or a boy group with seventeen members (Seventeen, note the original names too). A truly great group, however, stands out with their sound, and this is what MAMAMOO has done. They focused on a small group of all talented girls and paired with a jazzy pop sound, slightly reminiscent of Brown Eyed Girls’ sound on Sixth Sense. Both their singles, Mr. Ambiguous and Piano Man, were strong and showed incredible vocals. MAMAMOO can fill the gap left by the Wonder Girls.

Of their two songs released this year, the most recent is a knock out, but Pit a Pat follows at a close second making this a great first year for LABOUM. Their look and sound resembles a mix of the simple cuteness of A Pink and the edgier Ladies’ Code. Pit A Pat is so much fun and interesting enough to catch your interest, which is worthwhile since they released the even better What About You? soon after. Hopefully they’ll follow A Pink into great success without giving up on their original style.

This may be cheating since Woolim Entertainment is now part of SM, they still compete for fans with that one other rookie group not listed, Red Velvet. While more than a few people looked forward to a possible girl version of Infinite, Lovelyz turned out to be nearly the complete opposite of that. In fact, they have the a J-Pop inspired sound on their album Girls’ Invasion and  on their lead single Candy Jelly Love which is a delightful slice of bubblegum pop that is sweet and satisfying like its title. Getaway is a strange little song reminiscent of early f(x). They even have an interesting ballad, which is rare for a rookie group. Needless to say, Lovelyz are going to go far with the backing of great company and a fresh style on their side. 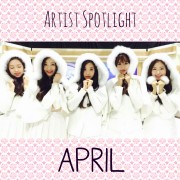 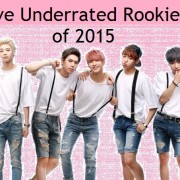