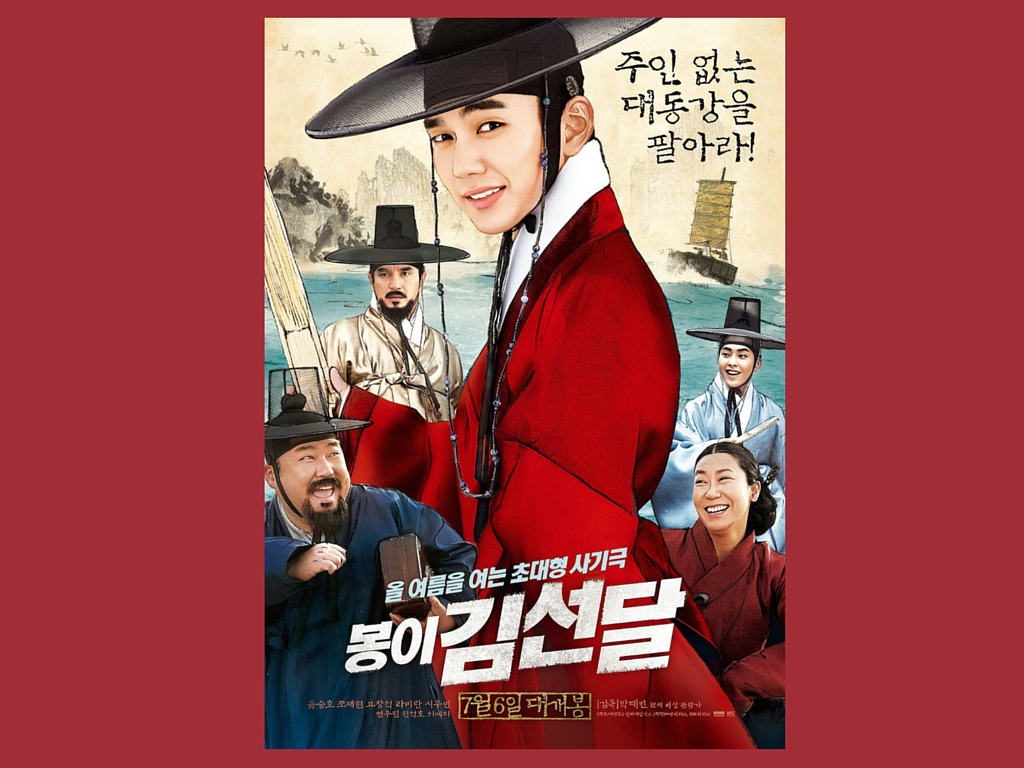 Park Dae Min’s latest film “Seondal: The Man Who Sells the River” premiered in Korea July 6th and makes its North American debut on July 15th. The comedy-driven period caper film delivers 121 minutes of face-paced hilarity, a few tide-changing emotional punches, and a hearty cast of characters to drive the straight-forward plot to its fitting end. Director/Writer Park (“Private Eye”) has written a piece that follows the basic layout of the caper film genre. What makes it stand out from the pack is the comedic element and the acting of scene-stealing star Yoo Seung-Ho, whose bold confidence and awareness of nuance creates a memorable character in the form of Kim Seondal/Kim In-Hong.

“Seondal” is the story of a con man, Kim In-Hong played by Yoo Seung-Ho, who has seen ugliness in his time and decides to live life by having fun. What is fun? Conning the rich, powerful, and not-so-bright of Joseon-era elite out of their inherited riches. Joining him on his adventures are Bo-won, played by the enormously funny Go Chang-Suk, puppy-like Gyun-yi played by EXO’s Xiumin , and chameleon actor Ra Mi-ran as Bodhissattva Yoon. The foursome’s cons are presented in a fluid stream of action. Costume changes flow into one another as In-Hong escapes from those who pursue him, his handsome face accompanied sharing satisfied smirks with the viewers. The con men run through stunning sets and landscapes as they take advantage of the idiocy of the noble class and the gullibility of the chief-of-police. 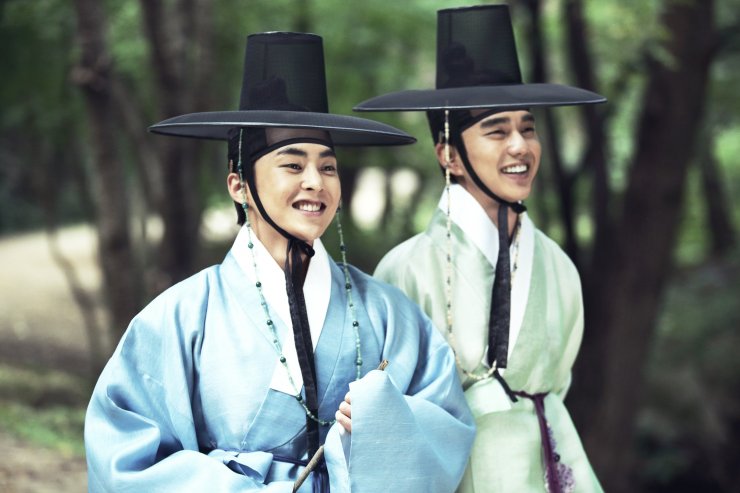 The major enemy of the film is the governor of Pyongyang province (currently the capital of North Korea) Sung Dae-ryun, played by actor Jo Jae-Hyun who can take any villain on paper and bring him to life in the most terrifying of ways. Jae-Hyun is the only clever opponent the con men have faced and he is to whom they decide to sell the Daedong River.

While most of the cons involve great fun, amusement, clever lines, and wonderful physical comedy, where the film weakens is in the quantities in which they are presented. The first hour is nearly all cons until the sudden catalyst midway through arrives and changes the game for In-Hong. Pacing changes after that, feeling sluggish until the end during the final showdown. What makes up for this sudden shift is the background music. “Seondal: The Man Who Sells the River” makes use of mixing musical genres, including throwing in Bach’s “Air on the G-string,” modern caper film orchestra scoring, and classical/traditional Korean music fusions. Such a combination makes the mood of the film solid no matter how pacing waxes and wanes. 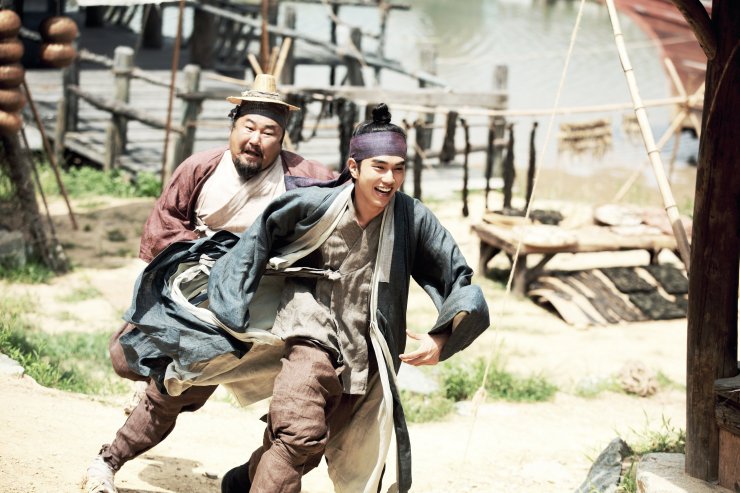 The romantic elements in “Seondal” were off-putting. It felt like it should have been left out. The state of the relationship is dubious in its sincerity and never clearly defined, which slowed the pacing. Luckily, Yoo Seung-Ho is a charming suitor and saved the romantic scenes from entirely flopping.

Although young, Yoo Seung-Ho is a veteran actor whose powerful presence on screen shows both his experience and carefully-shaped raw talent. His comedic skills were nonetheless pleasant surprises after his more serious roles in “Remember” and “Imaginary Cat.” EXO’s Xiumin chose a role that mirrored his bubbly personality to make Gyun-Yi a good character and a great place for the idol to take his first step into the film world. Go Chang-suk was also a pleasure to watch as he bolstered every scene with his energy and he balanced out Yoo well.

Are you planning to watch “Seondal: The Man Who Sells the River”? It will be shown in six North American locations: Los Angeles, New Jersey Atlanta, Dallas, Honolulu, Toronto, and Vancouver. For the full theater list, please visit: http://www.cj-entertainment.com/. Check out the movie trailer for a peek at the zany fun and hilarity: