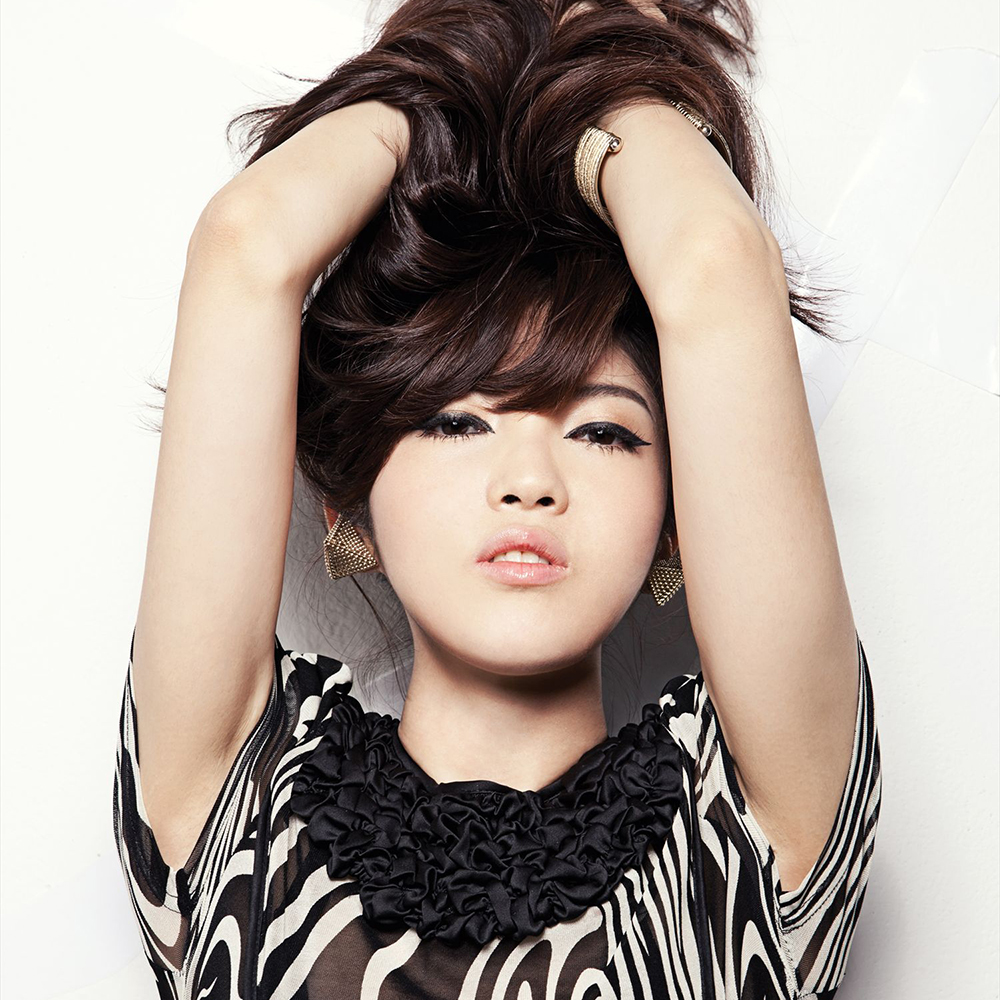 Neon Bunny has long been a favourite of the Korean art music scene. Her lounging synth pop is unique to the industry and claimed fans internationally. With the release of her new single “Forest of Skyscrapers” she shows she is thinking internationally too. In an interview with The Fader she cited anime “Akira” and Hong Kong director Wong Kar Wai as influences on the music video. The aesthetics and themes of those films shed light on Neon Bunny’s own art. She uses these influences to comment on her generation of Koreans, the Sampo Generation, and to examine her city of Seoul.

The Sampo Generation is the term given to a large number of Koreans in their 20’s and 30’s who are putting marriage and love aside in favour of wealth. Thanks to the 1997 Asian Financial Crisis, South Korea had to undergo crippling economic reform. The Sampo Generation grew up in this, discovering high unemployment, high student loans, and unstable jobs. This coupled with the more recent global economic crisis has led young Koreans to focus on finding a secure job and shunning the expensive responsibilities of marriage. Neon Bunny said in her interview, “Everything goes really fast in Seoul—when you wake up in the morning there’s another building going up.” Clearly an influence on the title of her song, it also shows what space and how we occupy it says about our society.

This is where the influence of “Akira” becomes important. Based on a manga of the same name, “Akira” is Japanese animated film from 1988. Written and directed by the writer of the manga, Katsuhiro Omoto, it follows two young delinquents Kaneda and Tetsuo in Neo-Tokyo, a rebuilt version of the city after it had been destroyed by a strange explosion. As the story moves on, Tetsuo is unwillingly given psychic powers which eventually consume him becoming too much for him to bear. The aesthetics of Neo-Tokyo are clear in “Forest of Skyscrapers.” Neon skylines are nearly always present in the background. “Forest of Skyscrapers” has a more modern and true to life look compared to the more Hong Kong inspired mix of future style and poverty in “Akira.”

What’s most interesting about using “Akira” as an influence is its thematic specificity to Japan. It is a film about Japan’s reaction to World War II. As a nation, they rebuilt their country after suffering from nuclear attacks. After this great devastation and subsequent guilt due to their actions that led to it, Japan however was not ready to be in a position of power once again. Tetsuo exemplifies this, the power he receives only serves to hurt. Japan is afraid of what might happen when they return to power.

While it would be remiss to compare atomic bombs to economic crises, it’s easy to see the connections between these two works. Both deal with a society in flux, Neo-Tokyo is levelled by Tetsuo as he struggles to deal with his new powers, and Seoul is climbing further into the sky every day. The people of Seoul are pushing themselves into higher and higher positions, hoping for increased wealth. Attaining power only for power’s sake creates people like Tetsuo (an orphan) who can’t handle it when they get what they want. Without a system of support behind you, it’s easy to get lost.

As the youth of Seoul earn money and forget about marriage, they turn to other pleasures in hopes of fulfilling themselves. Neon Bunny shows people drinking, having seemingly casual sexual relationships, and (judging by the visual effects) taking drugs. Her unique vocal delivery that sounds at once bored and passionate shows the immediate but melancholic pleasure she gets from this. Her performance in the video as well is marked by expressions of tired apathy and bursts of happiness. Placing herself in the video is vital of course, she sees herself very much a part of this generation. Which means we know it is not judgmental, she can not only see herself but great beauty in these transient encounters.

Wong Kar Wai is also interested in the small moments of romance that can happen when we least expect it. Born in Shanghai, Wong, like most Chinese directors, plied his trade in Hong Kong where he was free from censorship. He is known for using unconventional cinematography in films that focus on relationships. He is interested in all kinds of relationships but always examines small moments in detail. They can be just as interesting as whole stories of love and using space to define these is something he does too (best seen in the claustrophobic apartments of “In The Mood For Love”).

Wong’s aesthetic is seen most clearly in “Forest of Skyscrapers” whenever Neon Bunny and her motorcyclist lover are on screen. The motorcycle shots are a direct reference to Wong’s “Fallen Angels” (and Akira’s iconic use of motorcycles). None of his films show more directly his idea of transitory relationships. In it, two stories are told of new relationships that burn bright and quick. The passion is always clear, these relationships take place in front of a backdrop of crime which emphasizes the speed and aggression of the romance. Something which Neon Bunny also does by turning up the sound of the motorcycle and allowing visual effects to create a sort of dangerous momentary feeling to every shot.

While never overtly romantic, Wong finds fleeting moments of love in unlikely places. Neon Bunny does too. Despite growing up in the Sampo Generation, she still believes in romance. “I think I have to be in love,” she mentioned in her interview. In emulating Wong Kar Wai, she brings great meaning to the fleeting moments of desire. Skyscrapers cut through the night sky as reminders of what Korea is becoming, but Neon Bunny chooses to ignore them. Yet the creeping unease is always evident and eventually becomes too much to ignore.

Also on KultScene: IU’s Red Shoes: A Torment or Saviour?

The final sequence of the video occurs after Neon Bunny and the motorcyclist go through what looks like a marriage or bonding ceremony of some sort. Performed by a man in traditional clothes and makeup, it’s a defiant rejection of modern ideals that are hurting Korean society. The video then allows its form to fall in on itself becoming a trip of sex and confusion. It finishes with an image of an ultrasound. Neon Bunny emerges naked once again into the night sky. She is unnaturally attracted to the monolith of neon on the hilltop. It stands before Seoul’s cityscape, the opulence of the rising buildings is too much for a young person to ignore. She looks into the mirror of the monolith, looking at who she thinks she is. Seoul has already decided this for her though. She looks at herself and only herself.

“Forest of Skyscrapers” is a momentous work. As well as the video, the song proves to be uniquely chilled in an industry of maximalism. Its house synths wander through the song as Neon Bunny mournfully croons. Her voice always full of exhausted pleasure. It all combines to address the young people of South Korea. Neon Bunny knows it is tough that wealth is hard to ignore. Yet the expensive dangers of desire should never be forgotten. As the city of Seoul continues to build upwards, her wishes may never come true.