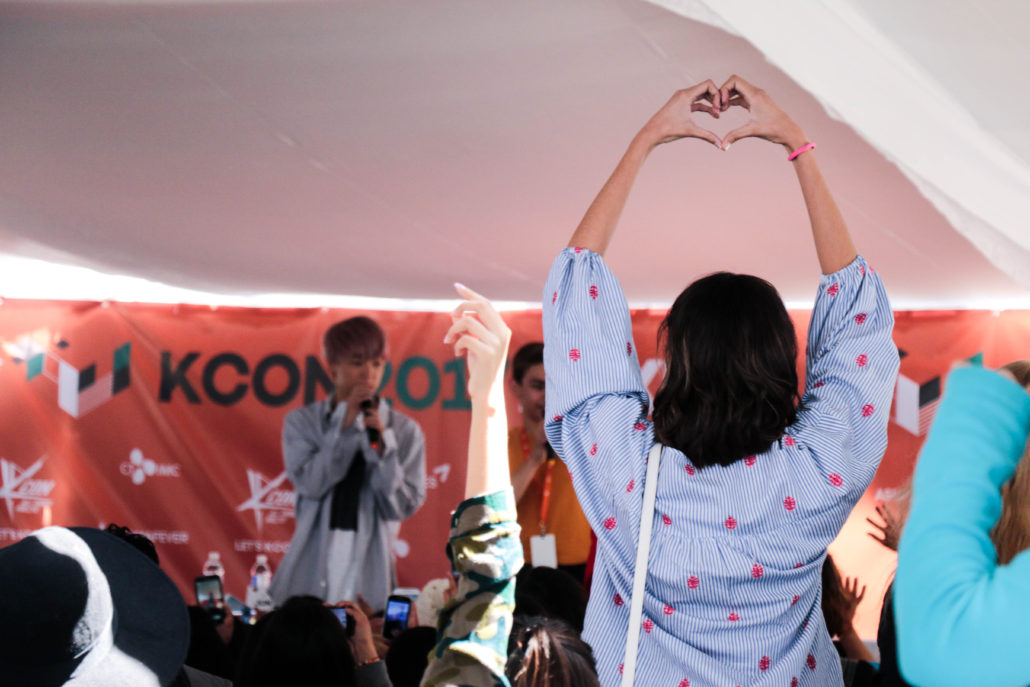 Given the brand’s success in Los Angeles and New York, expectations were at an all time high for KCON 2017 Mexico — the first in not only the country, but also in all of Latin America. While most first installments of KCON in a new country last one single day, the convention and M! Countdown concert were held at the Mexico City Arena for two days, Mar. 16 and 17, and saw 33,000 attendees. And how could the turnout not be this big when the convention portion was free and the concert roster included BTS, Monsta X, Red Velvet, NCT 127, Eric Nam, EXID, Astro, and INFINITE H? They were aiming big and hit it big.

Being the first year, KCON 2017 Mexico did not run perfectly. But the lows most certainly did not overshadow the highs. There’s a lot of room for improvement, of course, but KCON Mexico probably started out more smoothly than its LA and NY counterparts. The convention was small and held little events, but at each one, fans enjoyed the most out of them. 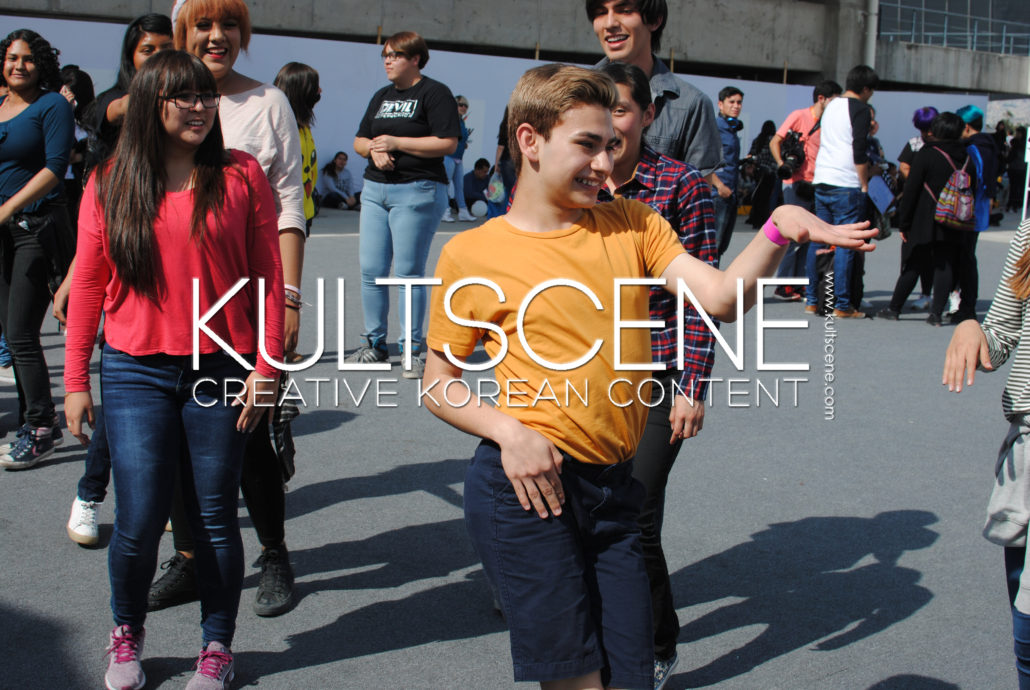 Since the concerts would be held at the Mexico City Arena, the convention had to be held somewhere closeby. And like early KCON LAs, the convention took place at the top floor of the venue’s parking lot. Unfortunately, this didn’t make for the most accessible nor spacious. The line to get into the convention circled the actual arena and lead up about three flights of stairs. Moreover, most of the vendors were cramped together. It did work, however, given that there was no other space available around that could fit a convention of this size.

The vendors, though limited, carried everything a K-pop fan would want to buy. From popular K-beauty brands like Tony Moly and CJ IMC, to local stores selling K-pop merch. The food options were also scarce, but it covered the all basics like kimbap, topokki, mandu, and diverse dessert options. 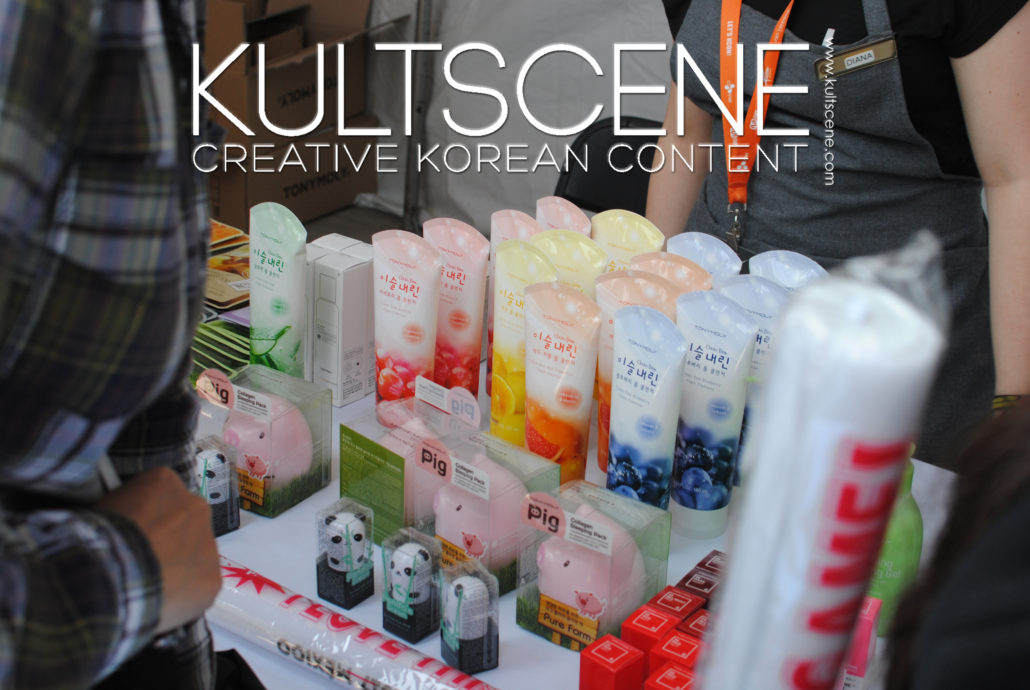 Viki and DramaFever were also both there, offering freebies and fun games to the attendees. The dance workshop space was big, which was ideal, especially when popular YouTubers Jun Curry Ahn and JRE went on stage to learn the choreography for BTS’ “Not Today.” 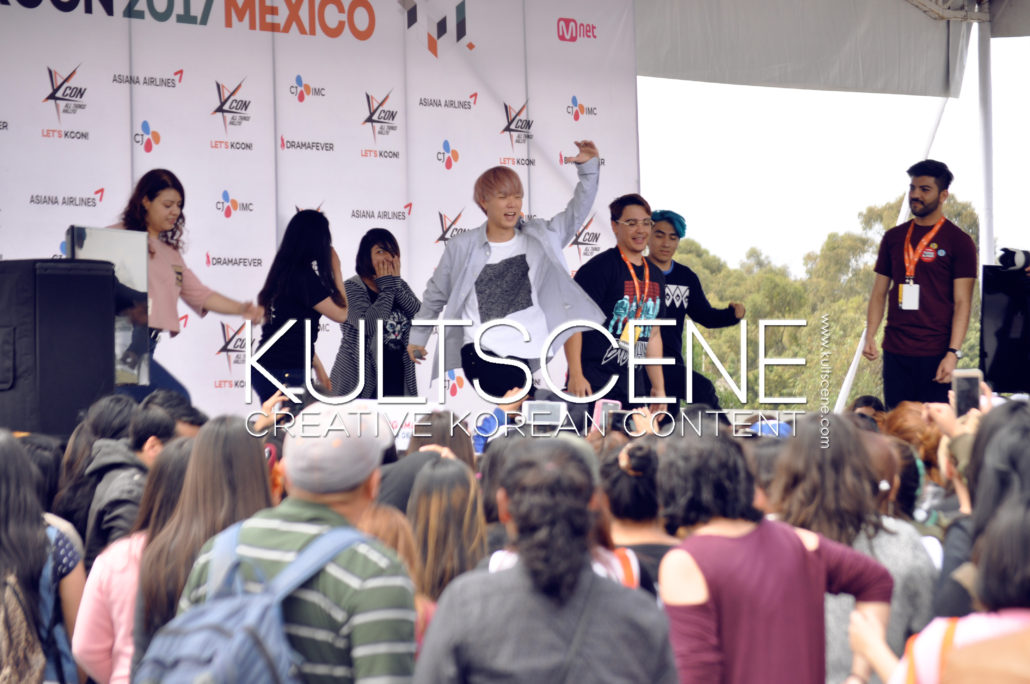 Panels and workshops were also scarce, with only one tent dedicated to each. But as aforementioned, this was the first installment of KCON Mexico, so it’s expected.

What wasn’t expected, however, is the fans reactions to popular YouTubers and influencers. Fans coming out of the fan engagements crying and huddling with each other to share their fan cams were a common sight, and it’s something that happens a lot in KCON LA and NY too. In Mexico though, fans would cry, scream, and follow all the YouTubers on panels and workshops like if they were idols themselves. 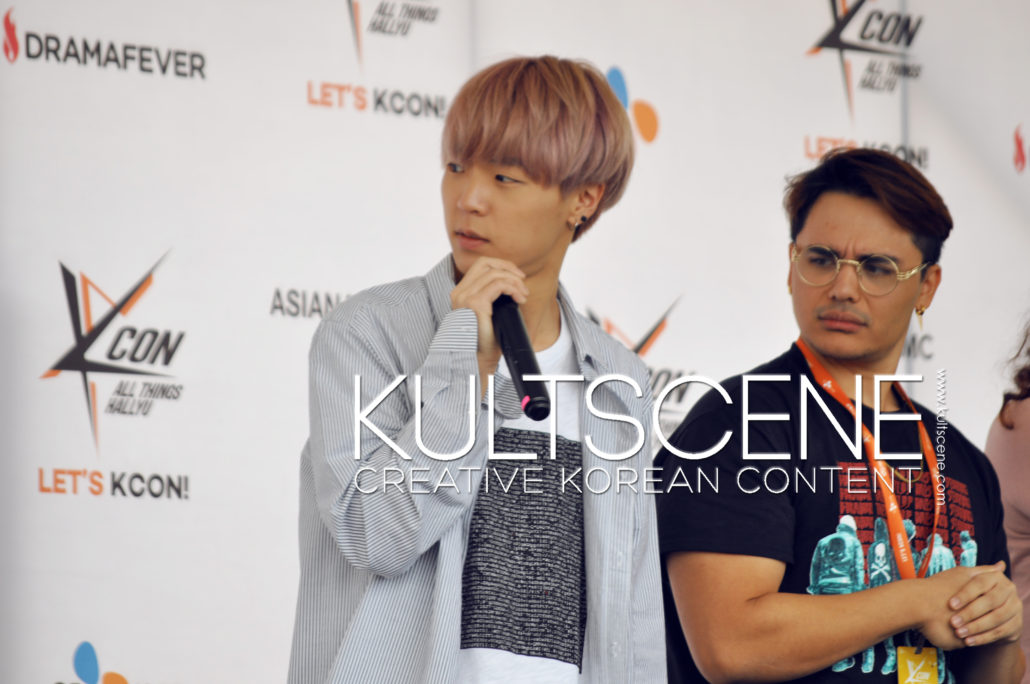 During KenroVlogs’ panel, fans crowded the small stage and stood on the chairs to get the best look at him. Other fans waited outside the panelists’ lounge, waiting for JRE, and Jun Curry Ahn, and pretty much everyone who might be inside, chanting their names, hoping they come outside. And they did. Sometimes.

Viki hosted a couple of panels throughout both days centered on the contrast between the Mexican and Korean cultures — with a K-drama focus, of course. A few of their Mexican subbers talked about their experiences working for them and about their favorite dramas. They also talked about the disparity of them with Mexican telenovelas. Fans during the questions portion largely called them “vulgar” and non-creative, and expressed their desire for a much needed revamp. DramaFever, for their part, also hosted a workshop with one of the stars of their drama Oh My Grace, which they produced. 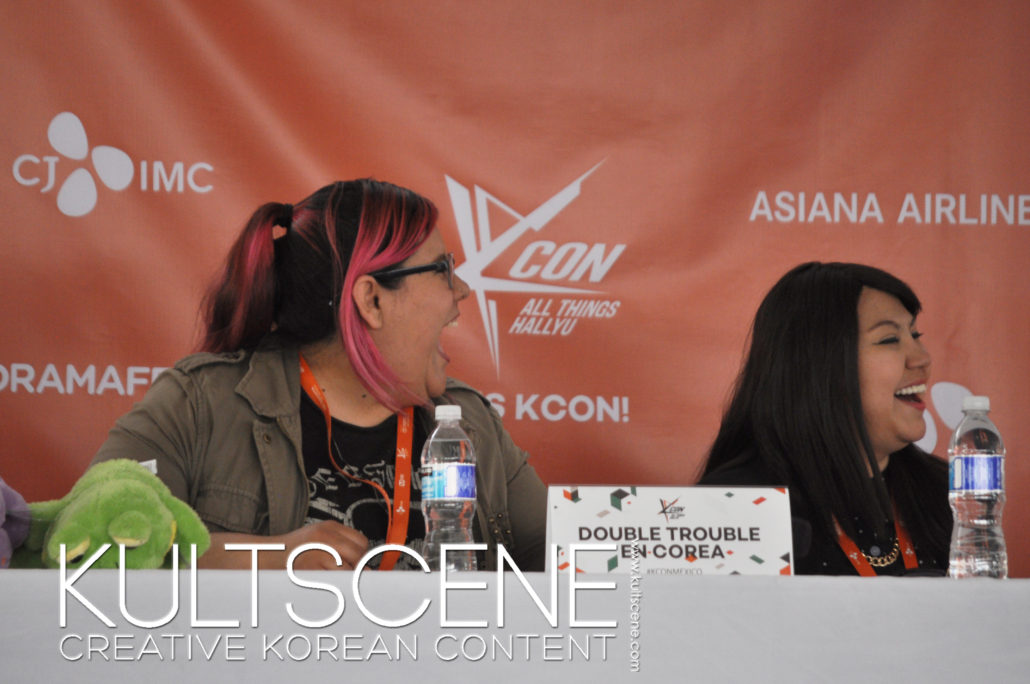 On another panel, Mexican YouTubers Double Trouble en Corea came all the way from Korea for the event and were also received by many passionately screaming fans who wanted to take pictures with them. For their panel, the sister duo disproved a lot of myths that fans have about living in Korea and K-pop idols. They also talked about what they most miss about Mexico and the Korean amenities and lifestyle options they can no longer live without (namely, the fast internet). 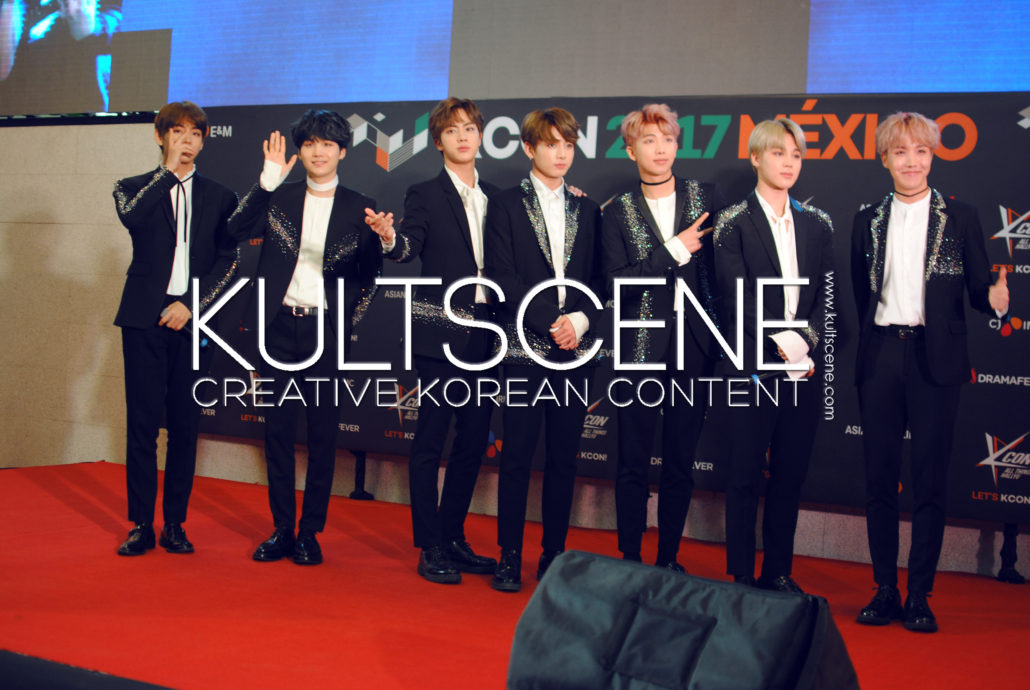 A classic portion of every KCON is the red carpet, when all the artists performing that night come out to quickly greet fans and the media in their best outfits right before the show. However, in recent years, it’s become the place to see the SM Entertainment artists up close, given that they don’t have fan engagement events (or at least not since EXO and f(x) at KCON LA 2013). 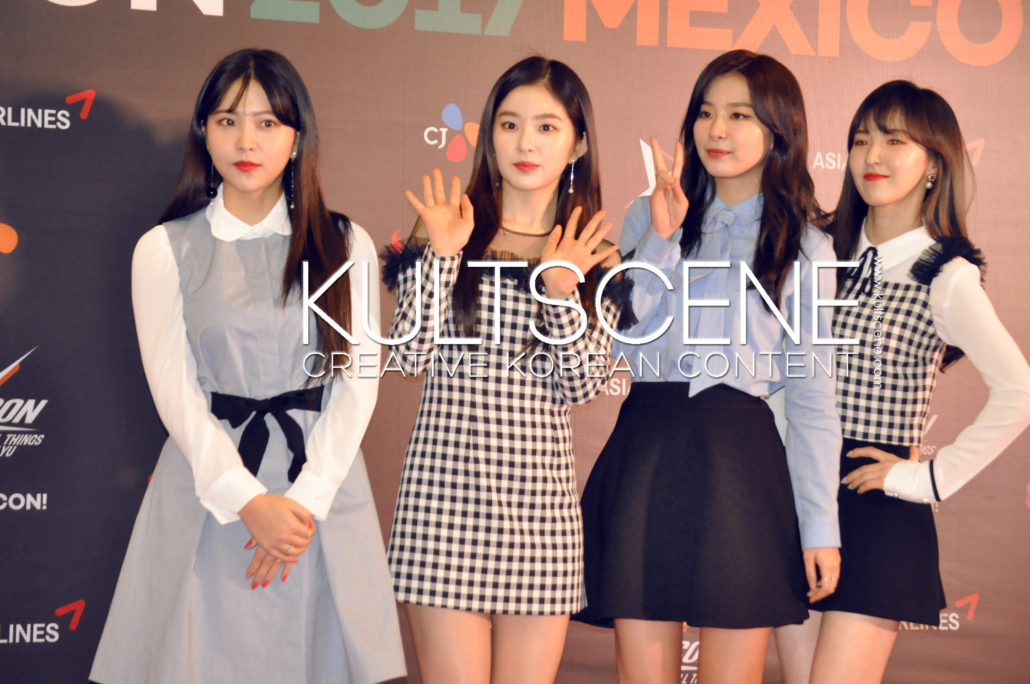 Compared to other KCONs in LA and NY, the red carpet in Mexico was rushed, but at the same time, the artists were so spaced out among them that the MC, Korean Lover Joon, often ran out of things to say to the audience. Each artist answered around one question or two from the MC, posed rapidly for the cameras and fans, and then left. The concerts didn’t start until an hour and a half or two after the end of the red carpet, so maybe they needed to eat? Rest? Who knows… 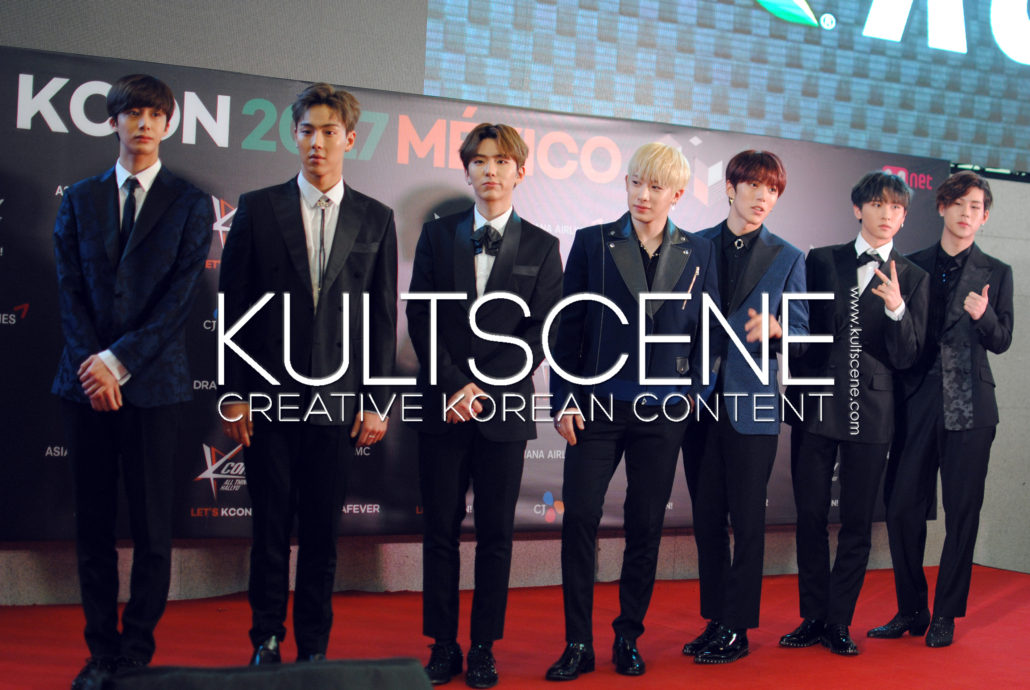 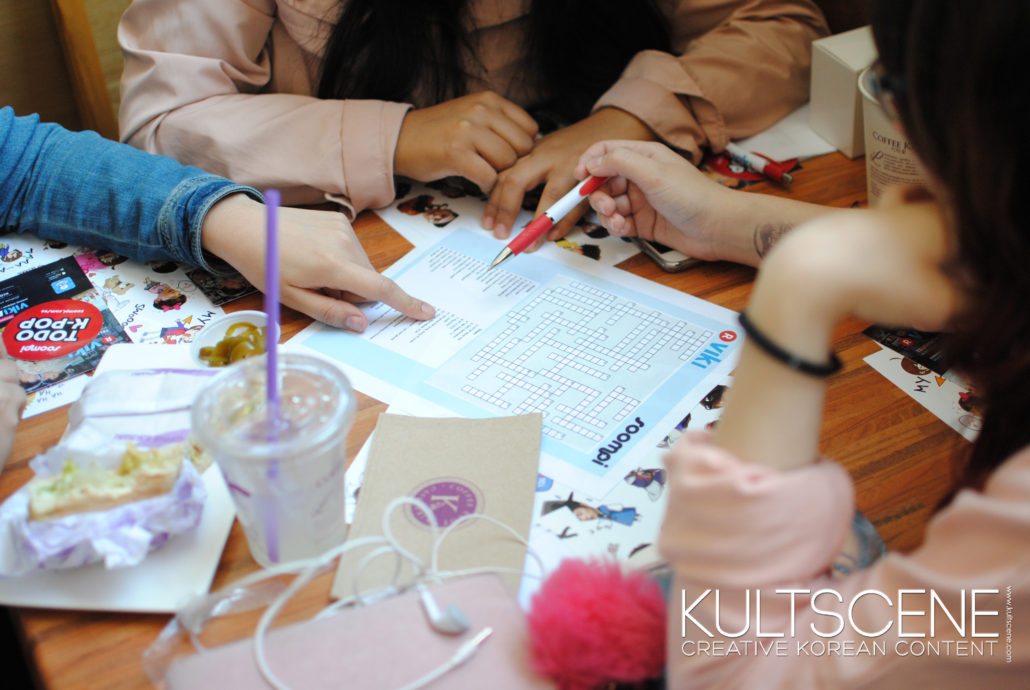 After KCON 2017 Mexico ended, Viki held an almost secret K-drama and K-pop party on Mar. 18 at Coffee KKot. Fans who were lucky enough to cop a free ticket were treated to breakfast and coffee, plus a bunch of K-pop and K-drama related games. Not to mention some of the most screamed after YouTubers at KCON like Latina Saram and KenroVlogs hosted mini fan meets, where fans got to take pictures with them and win awesome prizes. 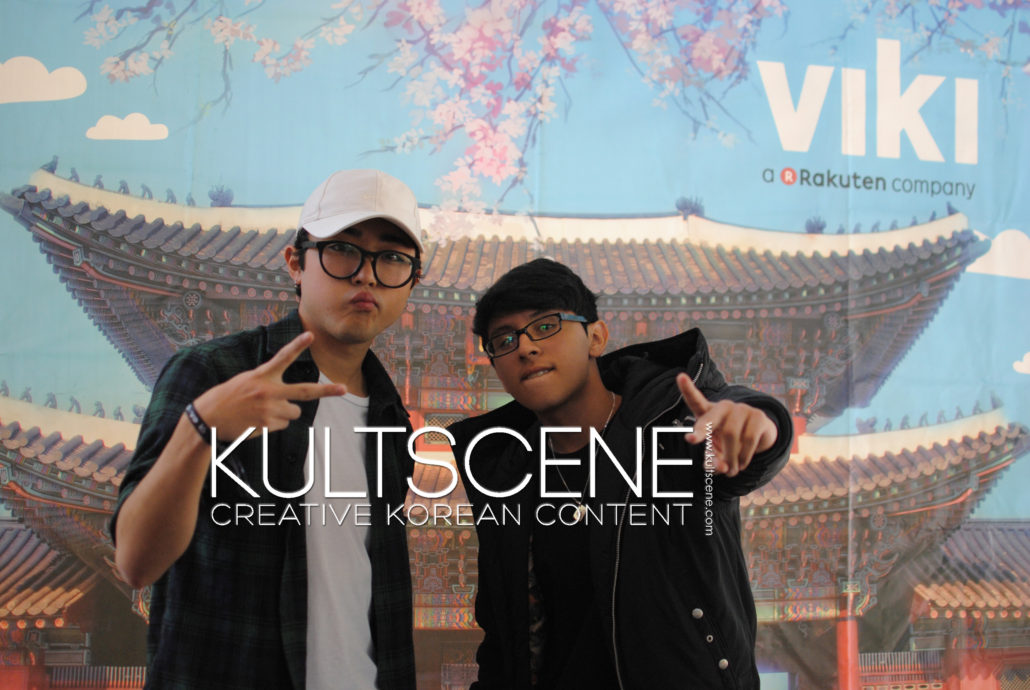 Check out the rest of the pictures from KCON 2017 Mexico, including all the red carpet ones.