Tag Archive for: bts in mexico 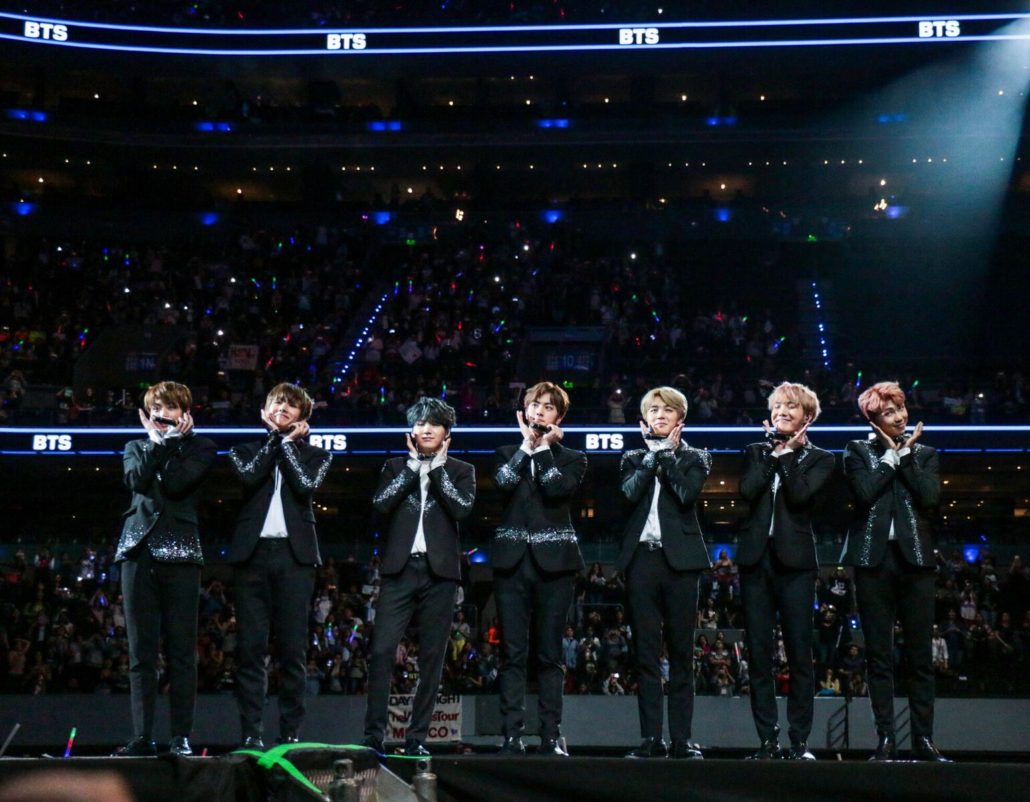 Expectations were at an all time high for the day one concert of the inaugural KCON 2017 Mexico — the first in Latin America, no less. The night of Mar. 17, KCON Mexico-goers were treated to a sold out M! Countdown show on Mar. 17 at the Mexico City Arena. This time around, the performers were BTS, Eric Nam, EXID, and NCT 127. There was even a surprise special stage by day two performer Astro.

Kicking off the night at 7:30 p.m., the pre-show began with an opening performance by the Korean Cultural Center in Mexico City with a rendition of traditional Korean drum music and was MC-ed by Joon, a Korean presenter who works in Mexican media. Shortly after, the official M! Countdown began and fans — who had already been screaming and wailing every time a song played over the speakers during the wait– went into a frenzy. For the intro, every group came out to wave at the crowds. Eric Nam, who has proven his Spanish speaking skills in After School Club before, served as the official MC.

In a weird twist of events, instead of having rookie group NCT 127 open KCON 2017 Mexico’s concert, it was actually BTS. Storming on stage, the septet opened their set with their latest single “Not Today,” then slowed things down with “Spring Day.” Army’s, BTS’ fandom, presence was definitely palpable in the Arena, given that their furor was felt throughout the rest of the group’s performances with “Save Me,” “Blood Sweat Tears,” and the perfect closer “Fire.” 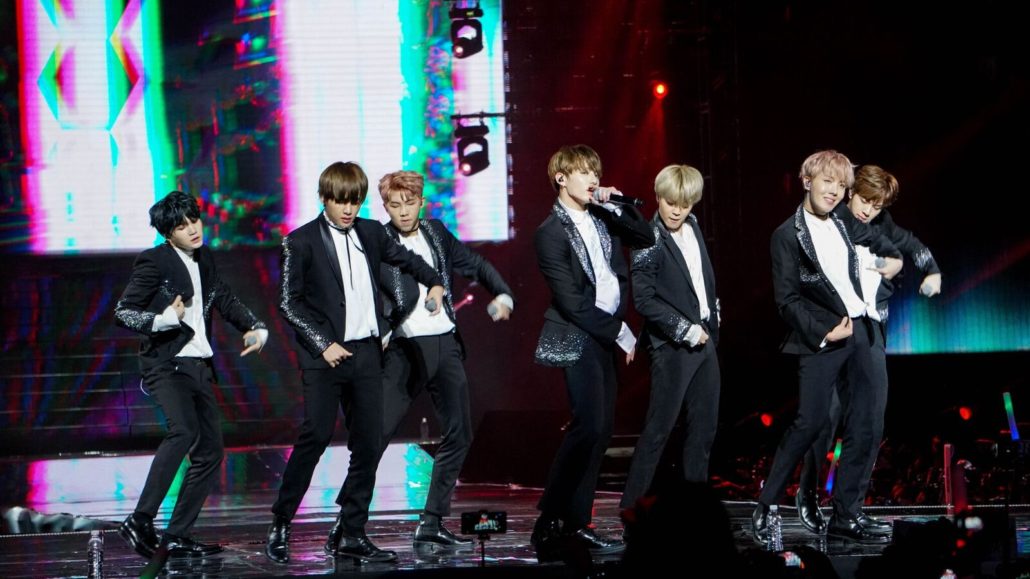 For KCON Mexico, groups played a game called “Piñata Time,” where essentially a cartoon piñata spun on the screens and landed on a specific mission the artists must do. BTS’ landed on “kiss,” prompting Jin to blow kisses at the cameras, and then “photo time.” For the latter, the members told the fans to pull up their cameras and then proceeded to make a series of poses — cute, thumbs up, and finger hearts — for them.

After the performance, Eric Nam was joined on stage by EXID’s Jeonghwa and said that this was her group’s first time in the country. And, after a few games with the fans, they introduced a special stage by Hani, who sang “Ecos de Amor” by Mexican group Jesse y Joy in Spanish. Then came the aforementioned Astro stage, who did an upbeat version of the classic “La Bamba,” complete with a rap verse and playful choreography. 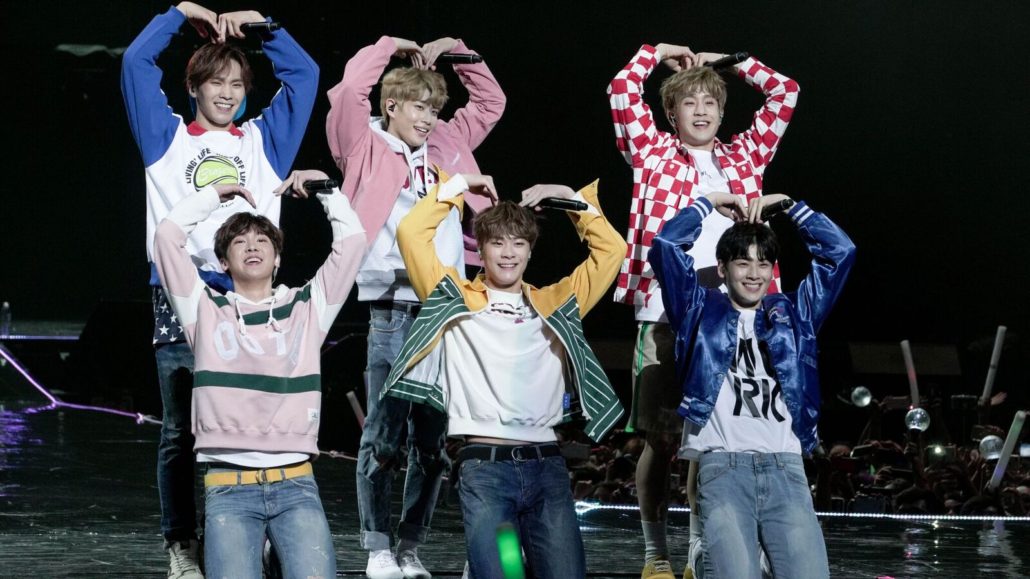 Also on KultScene: 5 things we want to see at the Giriboy & Blacknut K-Hip Hop Fest

Right on queue, the lights went out and a video of Eric Nam performing “Can’t Help Myself” backstage with his dancers came come the big screens before they came out themselves and finished off the song. And since the original featured rapper Loco wasn’t there for the show, NCT 217’s Taeyong stepped up for the rap verse. Eric then performed “Body” and “Good For You,” complete with awkward dances and all.

For his turn at “Piñata Time,” it landed on “love song.” “How did you know I’m a sweet guy?” he said in Spanish, keeping “sweet guy” in English. The camera then looked for a fan in the audience, to whom Eric sang “You, Who?” acapella. But he quickly went back to his shenanigans with “Into You,” dancing and jumping all over the place. Unexpectedly, the last song he performed was “Ooh Ooh,” which he promised he’d do “next time” at KCON 16 NY, even though he in fact did not at KCON 16 LA. With Infinite’s Hoya performing the next concert night, fans were eager to see if he’d show up for his rap verse. But nope. The audio played and Eric and his dancers kept on dancing sans Hoya. 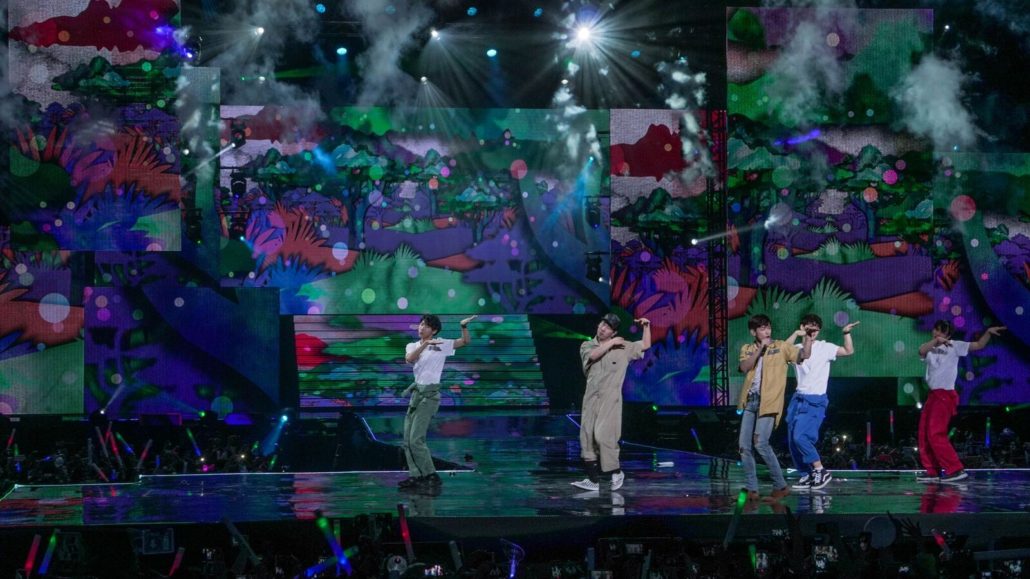 Being one of the only two girl groups performing at KCON Mexico, EXID fans showed up to support them. Unfortunately, the group was missing member Solji, who’s taking a break to recover from a health condition. Regardless, the rest of the members powered through “L.I.E,” “Ah Yeah,” and “Hot Pink.” Even though Solji and her vocals were missed, Hyejin held her own singing the full choruses on every song and seemed very happy every time fans would cheer for her while she sang. Moreover, the clear crowd pleasers were pre-viral fame “Every Night” and the song that made them what they are, “Up & Down.” 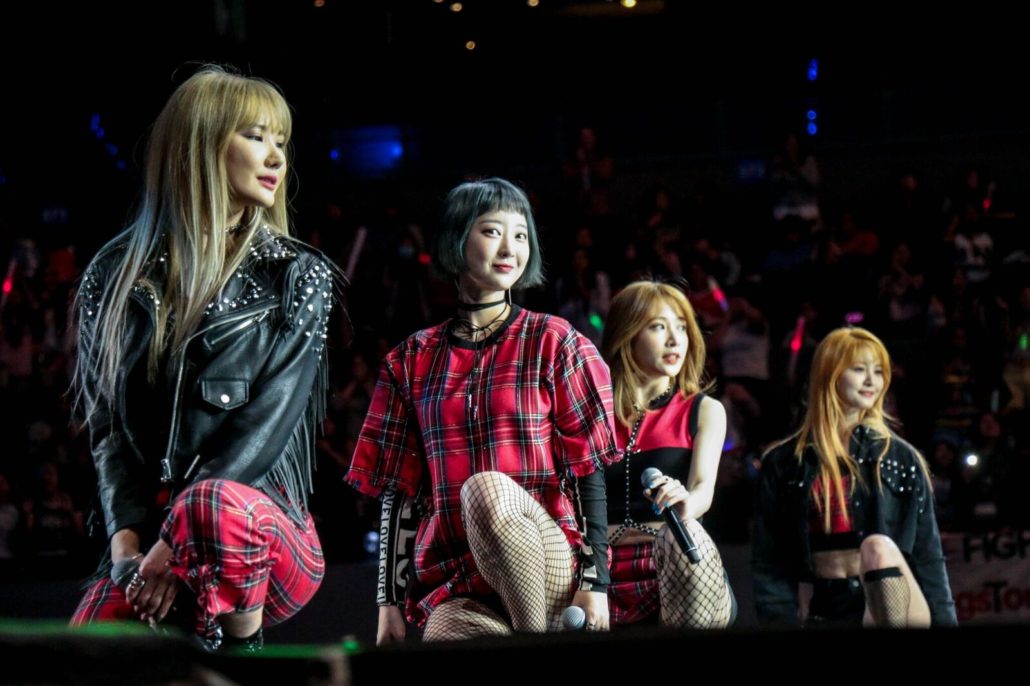 As a rookie group, it was surprising that NCT 127 was the last act to perform at the first night of KCON Mexico. However, once on stage, it seemed like they had been closing out stadiums for years. Their set started out very EXO-y with an opening dance performance by Taeyong, who was later joined by more members. But once they were done, they exited the stage and Johnny ascended playing a remix of “Fire Truck” on the turn tables. It was the perfect intro for said song, which he doesn’t participate in. Also without some of the members, only Taeil, Doyoung, and Jaehyun performed “Without You.”

Adding to the oddness of having a rookie group close, there was the fact that NCT 127 only has a couple of singles under their belt. This was not a problem, though. Truth is, the group has more than a few stellar B-sides, and Mark and Taeyong killed it with “Mad City,” while the rest of the group delivered an amazing performance of “Good Thing.”

Moreover, KCON always gives way for special performances, and this was no different. NCT 127 recycled their sunbaenim (senior label mates) Super Junior’s performance of the Brazilian song “Ai Se Eu Te Pego” with mostly the same choreography the latter used during their Latin American leg of their Super Show 5 and Super Camp. Staying on concept, they followed it up with a rendition of “Sorry Sorry.” A few more dance performances by Win Win and Taeyong followed before ending it all with their latest, “Limitless.” 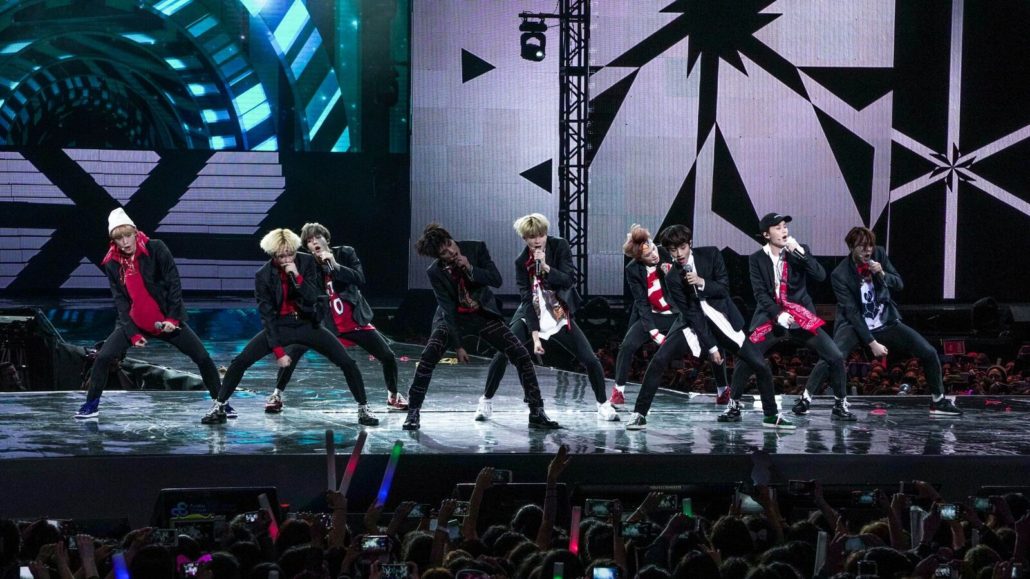 For the show’s closing, all the acts came out to wave goodbye at the audience except for BTS. And while a longer set by them would’ve been appreciated, NCT 127 came through and delivered a show worthy of a headliner. Eric Nam was beyond cute with his Spanish and even managed to get a few zingers in, like making fun of fans for screaming at him while he was drinking water. BTS might have been short on time (they flew to Brazil right after their performance), but those five songs left everyone craving more. And, unsurprisingly, EXID’s choreographies were among the highlights of the night, not to mention LE’s fiery raps live.

The first concert seemed like the day to attend given BTS’ fans had showed up in droves to support them. However, with groups like Monsta X and Red Velvet performing the next day, expectations and excitement were at an all time high. The fans in attendance on day one poured their souls out with fan chants, singing, dancing, and just overall fangirl(boy)ing. The second night further proved that fans in Mexico are beyond passionate, but that’s a review for another day…