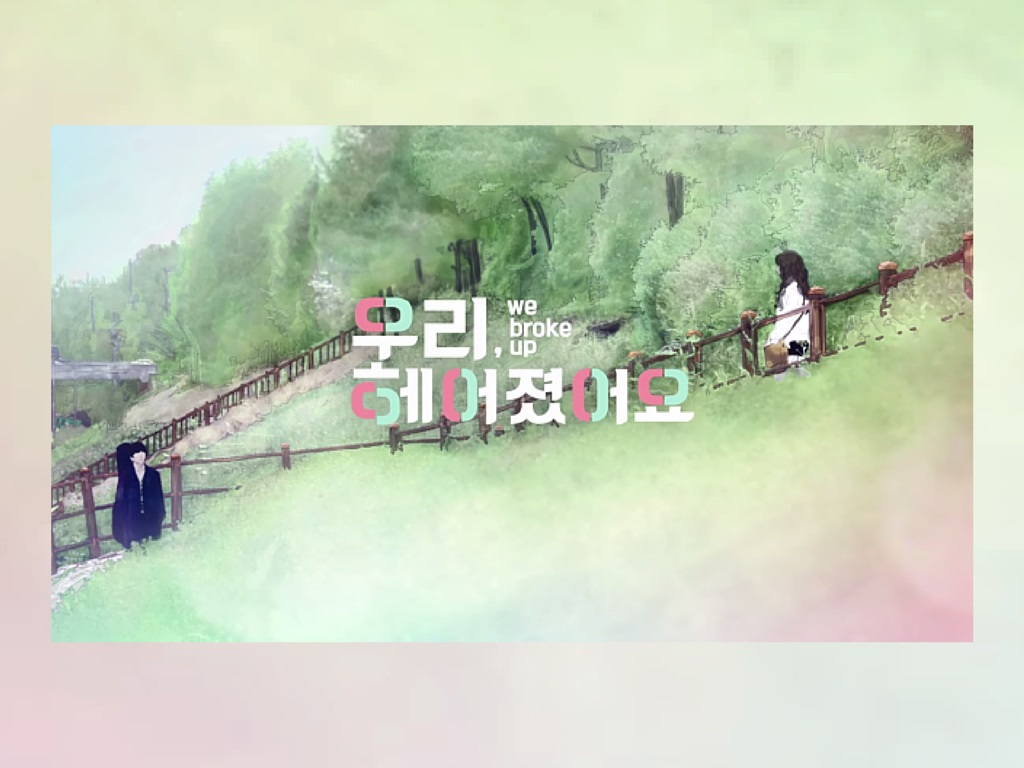 The YG K-Plus TV and OnStyle collaboration web series We Broke Up came to a bittersweet end with its tenth episode last week on July 17th. The web drama, based off of the webtoon of the same name, revolves around a college campus couple who, due to circumstances, are forced to live together after having just broken up.

Admittedly, I was initially unsure whether or not I should invest in a series that recycled the same love square driven storyline as many other dramas, and the casting of 2NE1’s Sandara Park and WINNER’s Kang Seungyoon as the main leads was barely enough motivation for me to start. I’m glad I did, though, since the series managed to surprise me and prove me wrong. Despite the very trite plotline, We Broke Up contains elements that made it still enjoyable to watch, and is by far one of the best I have seen to date.

In a brief span of fifteen minutes per episode, the producers are tasked with stripping down an entire webtoon to the bare essentials. This means there is no room for fluff, and there isn’t. The drama uses no more than just the first episode to establish what we need to know: No Woori (Sandara Park) meets Ji Wonyeong (Kang Seungyoon), leader of the underground rock band “The Band I Do Not Know” and three years her junior, at a party and they hit it off. For three years, the pair date, and the romantic relationship escalates to the point where they even move in together, an act that is a rarity in Korean culture. Even though the time constraint does not allow viewers to develop any meaningful attachment to the protagonists or clarify the motive behind their breakup, the first episode does not need to because we still have the rest of the series to do that for us.

Also on Kultscene: Intro To WINNER

And boy, do they do it well. When it comes to dramas I usually root for the second lead, but the many flashbacks add so much depth to Woori and Wonyeong’s former relationship that I cannot help but stay Team Wonyeong on this one. Some of this non-linear storytelling felt a bit unnecessary, such as the moment when Woori’s hand brushed against Seo Hyunwoo’s (Jang Ki Yong), her coworker and essentially the “other guy,” and reminds her of Wonyeong’s rough guitarist fingers. But then there were also times when this was executed smoothly. One of my favorite instances of this was the touching scene where Wonyeong browses through their mutual use folder on his computer and stumbles across an old footage of the once happy couple at the pier. He smiles while watching this, and as the beautiful, melancholic soundtrack plays in the background while the events unfold in slow motion, this was the decisive moment that he still cared for Woori.

The breakup is explained in the penultimate episode using the same flashback technique and audiences discover that, well, there isn’t a well-defined reason as to why it happened. In fact, the words “let’s break up” were never even uttered. Woori stops dead in her tracks one day while the two are on their way to grab a bite, and as she looks on with a forlorn expression at Wonyeong’s figure growing further and further away, it also became a trope for their ebbing relationship. Most of the time breakups are not as simple as a cheating boyfriend or girlfriend, and audiences are sure to appreciate this realistic aspect of the web drama.

As I re-watched the web series a second time, I also learned that attention to detail is crucial to a full viewing experience. There were many clever tie-ins that I missed the first time, which once I realized what they were, only made me love the drama more. For one, Woori actually first runs into her future coworker Hyunwoo at the instrument shop where Wonyeong sold his guitar three years ago. Likewise, Wonyeong’s initial encounter with Yoon Nina (Kang Seunghyun), the director of the record label that Wonyeong is signed under, was not at the convenience store he worked at part-time but at the same instrument shop. Even the names of the two main lead, Woori and Wonyoung, is a play on words that when rearranged and put together means “we forever” (woori yeongwon(hi)), a poignant phrase that is seen written through the drama and is used to express their relationship. It’s these nuances that show that the series was thoroughly thought out, unlike some dramas where the endings seemed rushed.

Speaking of endings, viewers were abuzz about this one. Finales are usually reserved for tying loose ends and resolving disputes, yet the conclusion left us with more questions than when we started. Both Hyunwoo and Wonyeong had an equal chance with Woori, which kept viewers in constant suspense. Oftentimes it is pretty apparent that the main lead gets the girl, so how unexpected was it when he didn’t! As a matter of fact, neither did the second lead. We Broke Up isn’t your run-of-the-mill drama where love finds a way. Woori quits her job to travel and to discover herself, Hyunwoo finds closure to his three year one-sided love, and Wonyeong is back to where he started at. The ending scene where Wonyeong breaks down for the first time as he fixes on an old Poloraid photo of the exes in the vacant bedroom that Woori left behind offers us with the insight that although life moves on, we at least have the memories to keep us company. Not everything ends on a happy note and again, the realism of We Broke Up is what makes the web series worth watching.

The cast is all around beautiful and played the part, which says a lot considering how most are still rookie actors and actresses. It’s easy to sympathize with all the characters, including the successful Yoon Nina who showcases her vulnerable sides around Wonyeong. Besides not being overly dramatic, the web drama does not fail in the humor department either. Whether it’s breaking the fourth wall or making meta jokes, the series is all-around entertaining.

As our attention spans become increasingly shorter and our lives busier, web dramas have become more popular. If you are new to the genre or just looking for something to pass the time during your breaks, be sure to give We Broke Up a chance!