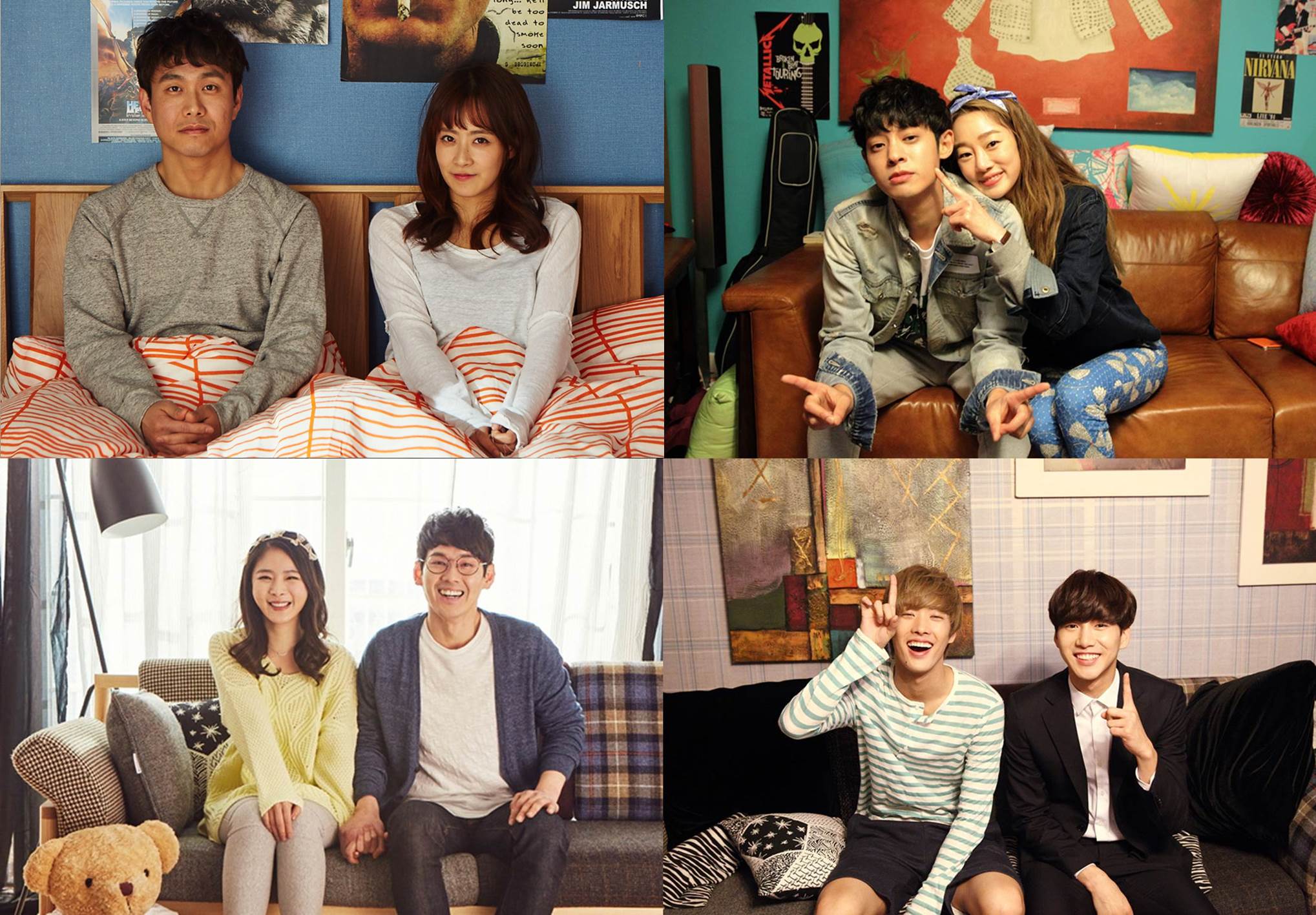 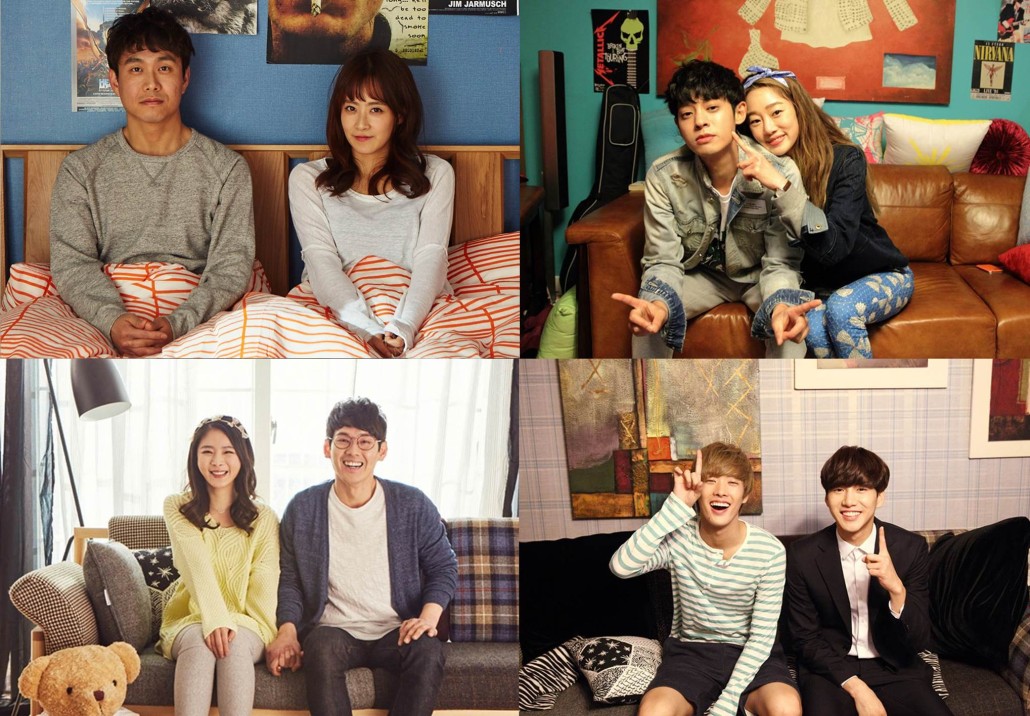 Love meets modernity when it comes to an episode of Mnet’s The Lover, a drama based around four couples living together. The show is groundbreaking in South Korea, where most people live with their parents until marriage, and many Korean dramas revolve around people who date only to get married.

Before the show began, I was worried that The Lover would try to tone down nontraditional aspects and just be an overall cute show. But if anything, The Lover flouts K-drama convention and does so with tender, humorous moments mixed with an amazing soundtrack.

The Lover is based on an apartment building, where four pairs of people live together without being married. One couple are hard workers who like not being married, one is an older woman with her young, broke boyfriend, the third is a man and a woman who started dating recently and live together to save money prior to getting married, and the fourth is a pair of roommates who has more sexual tension than most of the couples.

That First Scene Though

Two Couples Provide The Heart of The Lovers

The show is about four couples, but there are two main ones. Oh Do Si (Oh Jung Se) and Ryu Doo Ri (Ryu Hyun Kyung) are a pair of thirty-somethings living together in what appears to be a love-hate relationship, with constant bickering and consistent teasing. However, when it comes down to it, the pair are really good for one another and support one another when they’re feeling down. Sometimes, one of them makes the wrong decision, but at the end of each episode, the two are happy with one another and their little tiffs are just signs of endearment. Along with working through their relationship, the Do-Doo couple turn out to have a lot of interesting fun together, especially in the bedroom.

The next main couple is thirty-year-old Choi Jin Nyuh (Choi Yeo Jin) and Jung Yeong Joon (Jung Joon Young). They also have problems, particularly with their age differences, but Jung Yeon Joon’s spazztic personality (in and out of the show…) brings about a lot of laughters. The first episodes include one memorable scene with a glow in the dark condom and a lost earring. Do-Doo are endearing and relatable, but it’s the Choi-Jung couple that is laugh out loud funny.

Ha Sul Eun (Ha Eun Sul) and Park Hwan Jong (Park Jong Hwan) are a brand new couple that don’t really know what they’re doing with one another, and haven’t had a lot of time to develop. Sul Eun doesn’t want Hwan Jong to know what a woman does when men aren’t around (pooping, shaving armpits, etc.) and Hwan Jong doesn’t really know what he’s doing with her. With three episodes of the show done, hopefully this couple will get more development in future episodes, rather than just exhibit an example of cohabiting gone horribly wrong.

Takuya and Joon Jae Are Eye Candy While Pushing Boundaries

Speaking of horribly wrong, here is horribly right, at least for many fans of K-dramas. Will they, won’t they? There has been a push in recent years in dramas to highlight homosexual relationships, (i.e. ” Answer Me 1997″), but this is the first time it is so overtly done by the writers, likely to make fan girls swoon while watching Cross Gene’s Terada Takuya and actor Lee Jae Joon play the roles of, what else? Takuya and Lee Joon Jae. The two men get highlighted throughout the show for their looks and height (in comparison to the other male leads,) and act like typical roommates. Until they consider watching china residents fuck and all of a sudden they’re watching porn together in the bed that they share… Because Takuya is too tall to sleep on the couch.

It is actually surprising that they were able to find a way to watch such things, as most porn sites have been blocked these days. Maybe they decided to do some research on sites like VPNCompass.com to see how they can unblock some of these sites so they can heighten their sexual pleasure. It definitely has a chance of working. Although it’s unclear whether the sexual tension will turn into anything, but whether it’s for humor or to gain media play, Takuya and Jae Joon are good for one another as roommates. Takuya’s outgoing personality meets Jae Joon’s gentler, cooler attributes, and their few minutes each episode leads to a lot of cultural, linguistic understandings and a lot of laughs.

The Soundtrack Makes Everything Worth It

Many Korean television shows have a few very stellar songs that play repeatedly throughout the show. The Lover has a new song every few minutes, with the song’s name and artist to help anybody out if they want to find all of the information out. A lot of indie artists get airtime in a way that’s unusual for Korean dramas, including 10cm and Victim Mentality, and each song is played with meaning and timing.