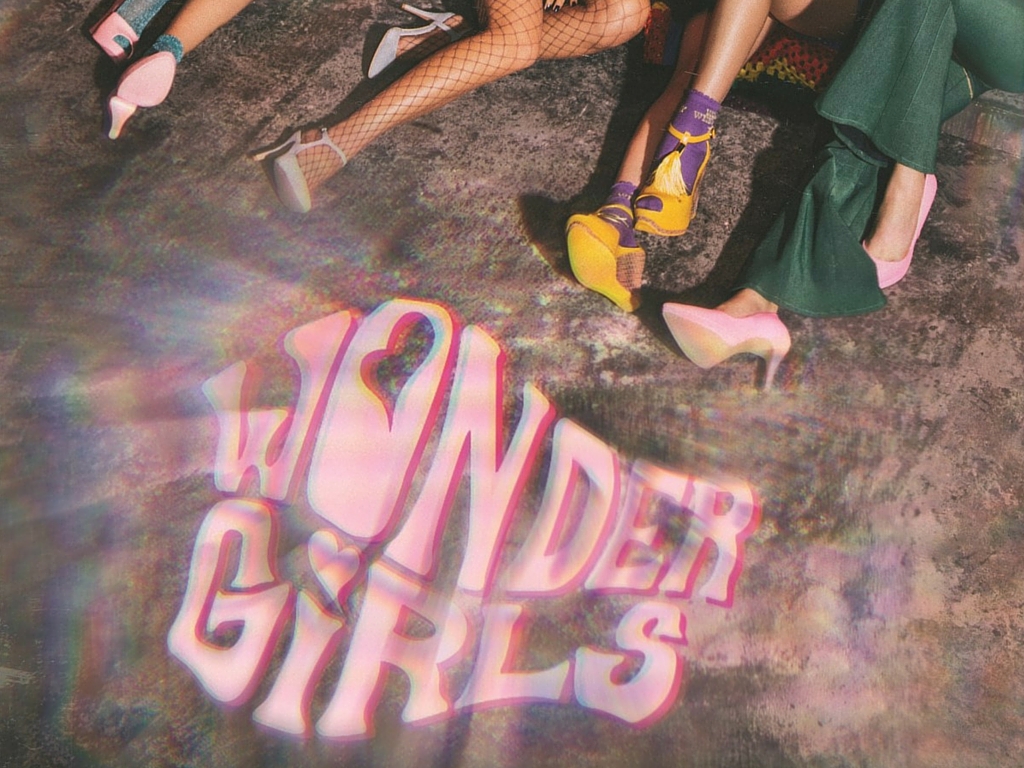 The comeback queens of 2015 have returned to provide more retro stylings. With “Reboot” last year, Wonder Girls delivered the album of the year and proved that you can go totally old-school and still sound up to date. It was their dedication to not just the look but the sound of their music that did this. The gimmick of becoming an idol band had little to do with it, although when they performed “I Feel You” completely live it was a marvel to behold.

WIth the release of their next album cover for “To The Beautiful You,” it seemed Wonder Girls didn’t star far from the throwback them. Its psychedelic imagery perfectly evokes the ‘70s. To top it off, the album was first released on vinyl at the Seoul Record and CD Fair. Clearly JYP Entertainment and the girls, who are getting more involved with the creation of their music, are sticking to a more physical sound. Pre-release single (I think) “To The Beautiful You” proves this. With no music video to speak of yet, we looked at the song by itself.

Like “I Feel You,” “To The Beautiful You” chooses its moments wisely in terms of switching between highlighting vocals and music. “To The Beautiful You” revives a ‘70s rock sound put through a more modern pop filter. It’s softer but just as assured. It also recalls pop music from the ‘00s when the genre almost primarily focused on using band sounds, like most of Girls’ Aloud’s career. The best thing about all of this is you can easily imagine the girls playing this. Produced by frequent JYP collaborator, Frants (who has produced for G.Soul and Day6) and with lyrics by member Sunmi, Wonder Girls have transported us into the time when the electric guitar was the most powerful instrument on earth.

Hyelim’s guitar is the clear standout, the staple of all ‘70s rock bands; it’s the main melody maker for tracks like this. On “To The Beautiful You” she slides between simple but evocative licks and gentle strumming to pick up the pace in the chorus. Her most effective work is also her most subdued though. In the verses her bars are made up of a few chords and some palm muted notes. It’s these slightly muted notes that work so well, a small detail that creates the world of the sound like nothing else in the song.

This time Sunmi’s bass and Yeeun’s keys take the supporting role to Hyelim. Yeeun especially plays backup, her keys tend to play almost the exact same melody as Hyelim but toned down slightly. She is not totally in the shadow though. In the chorus, while Hyelim is providing some scratching to keep up the rhythm, Yeeun replays the lick from the opening. It’s a wonderful mix of sounds, each one so assured in its place. Yubin’s drums as well are quite prominent. Her tom-heavy beat drives the verses along as the girls coo quietly, helping to bridge us over to the abrupt chorus. They also add nice variations to the second verse.

These whispers are perfectly pitched. It’s a sound suited especially to Sunmi, who talks to us in the opening, calmly ushering us into the Wonder Girls world. Each of the girls performs to the top of their game: Yeeun’s chorus belting contrasts well with her own softer moments while the double rap between Yubin and Hyelim is one of their most dynamic to date. It all culminates with great harmonies as the whole quartet sings the hook together towards the end. It gives us a climax without having to disrupt the relaxing flow of the music.

This being an exclusive vinyl release means we can’t glean much more information as of yet. What it does though is prove Wonder Girls were not merely lucky with their ‘80s fun last year. Everything about the sound of this song is premeditated retro. Its release on vinyl is indicative of this and also appropriate given the specific sounds of the song. The only version online right now is a rip from one of the vinyls from the Seoul fair so at the end you can hear the needle being lifted. At first I didn’t notice it, then I thought it was a sound effect, and now I think it is just how this version was recorded. Either way it shows just how well this song fits on a record player, something that could be said of probably zero other K-pop records. 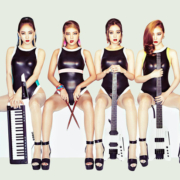