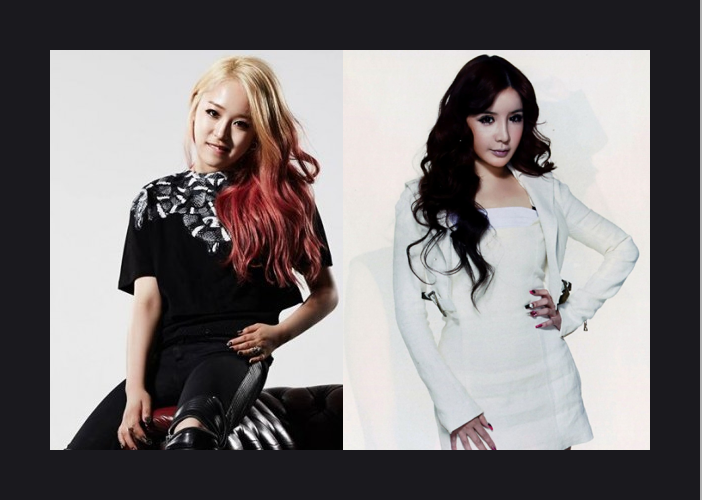 One of the most recent scandals involves A.KOR member Kemy and her controversial “diss rap” on 2NE1‘s Park Bom, and wow, has it brought up a lot of conflict. For the most part, fans and friends alike have stood up for Bom, whose drug scandal prompted a personal letter from YG regarding her need for the medicine. However, is that all to the story? Is Kemy truly the bad guy in this issue, or does she have some truth in her rap?

First of all, let’s get everything straight: I am in no way saying that Kemy’s actions were right. To be honest, this was an extremely rude composition and an extremely bad decision in summary to even bring up a senior idol in such a bad light. Logically speaking, I don’t understand why she would record such a rap, given the fact that they’ve barely debuted and have yet to establish a reputation in the industry; was she intending to ruin their chances before they even had a chance?

In short, I don’t think so. Recent rookies have been aiming for more unique, interesting ways to gain fame, whether it’s eccentric fashion or music style. In my opinion, it seems like Kemy attempted to catch attention with this track, and she succeeded. Unfortunately, I’m just not so sure if she expected the backlash, although it would be ridiculously foolish if she didn’t. Speaking from a marketing perspective, this was a wild card that played out less in her favor, and that’s just one of the things that happen when you go down the dissing route.

When you think about it, South Korea has quite a large stigma attached to mental illness and drugs, so I did understand this negativity in regards to Bom being let go in a simple manner. Also, let’s not forget that celebrities seem to always be treated differently when it comes to crimes, no matter the country, so why wouldn’t someone be angry with this?

Kemy definitely wasn’t wrong for stating her opinion on this scandal, but it was not a smart move in rapping about it and directly addressing Bom in the piece. The fault in this diss is purely a matter of respect and professionalism for me, personally. And before anyone says that Kemy should suffer or be boycotted, let’s keep a rational mindset and understand that A.KOR has already stopped their promotions prematurely as a response to this controversy. Isn’t that enough?

Yes, Bom was wrong in bringing illegal drugs in such a shady manner, but that case is settled, like it or not. Does it seem like she got special treatment? I’m not going to lie; it does seem like it. But just because it seems like she had the case handled in her favor doesn’t mean that releasing a public rap about telling her to do the right thing will help, right?

To put it shortly, I’m not really sure why Kemy thought it was a good idea to go through with this, but I’m not going to hate on the girl. The meaning behind the rap is rude and uncalled for, and it only managed to damage A.KOR’s image more than hurting Bom’s. There are things that don’t make sense with how quickly the case was solved, and she definitely did dish out some truth, albeit in a slightly distasteful manner.

On the other hand, just because the lyrics are negative doesn’t mean that Kemy has no talent nor potential. I have to admit that it bothers me when fans try to come to Bom’s aid by dissing Kemy in return; there’s no use in getting an eye for an eye, because all you end up with is a bunch of blind followers going in a variety of directions for no reason. In a musical sense, I really do feel like Kemy is a great rapper:

I just wish she would have thought this decision through.

What was your reaction to Do The Right Rap? Do you agree with what Kemy’s trying to say? Share your thoughts below and remember to follow us on Facebook, Twitter, Instagram, Tumblr, and Bloglovin’ so you can keep up with all our posts.

Sexualization in K-Pop: The Bare Truth

Playlist Sunday: Love Edition
Best of the B Tracks

5 Reasons to Watch “Marriage, Not Dating”
Scroll to top