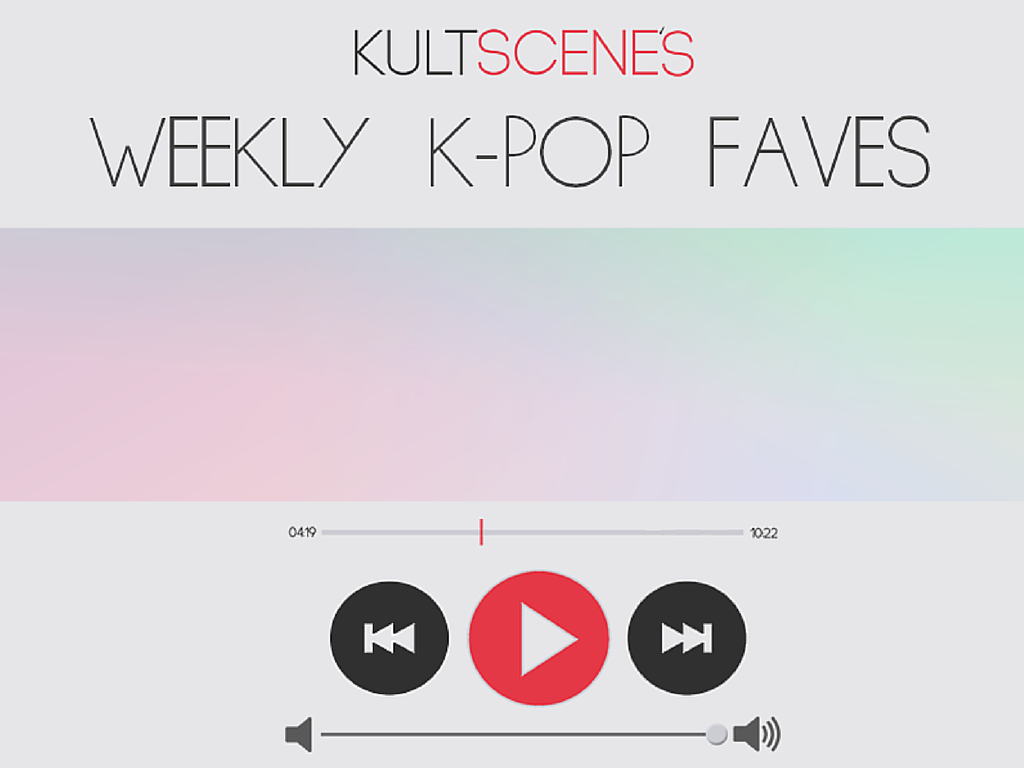 This week, we saw a slew of K-pop group and soloist comebacks and debuts. And while this column is all about picking faves, here are the ones that impressed us the most.

Solo digital singles by lead vocalist members of idol groups released with little fanfare are my worst nightmare. Nine times out of ten they are the dullest form of ballad you can find. Companies obviously trying to capitalize on their groups’ downtime with a cheap and easy song that could catch on. All of that makes me appreciate Dal Shabet’s Subin so much more for her new track “Flower”. You could probably call it a ballad but “Flower” has enough going for it to make it not just worthwhile but my favourite song of the week. It’s the perfect summer slow jam with a number of musical flairs that bring it up a level. Joe Hisaishi-style pianos and reverbing fingersnaps make up the subdued rhythm of the track with organs and guitars adding the groove. Vocally as well it does not just go for the big moments, Subin whispers over the verses and has a kind of conversational style for the chorus refrain that immediately catches the ear.

I’ve never really cared for Tiffany. I can appreciate some of her parts within a Girls’ Generation song, but her voice is a bit… forced… for me. However, every preconception and bias and prejudice went out the window when I found out Nicola Roberts from the epic now-defunct British girl group Girls Aloud had written “Talk.” Honestly, it could be any idol girl singing this song and I’d like it. However, I will give Tiffany some credit for her interpretation, for she does a sufficient good job on the sexy/longing front. Nicola has been writing songs for other artists for years, much to my dismay, but having her and K-pop collide is mind-blowing and I’m here for it.

Also on KultScene: Win BTS’ “The Most Beautiful Moment In Life: Forever Young” Album for Our 2nd Anniversary [GIVEAWAY]

“Nodding” by Woohyun (Released May 8)

If Sungkyu got experimental on “27” (one of my favorite albums of 2015), Woohyun was set up to be the total opposite. And it is pure ballad perfection. Woohyun’s vocals have always been a mainstay of INFINITE’s songs, and his solo debut song “Nodding” is lyrical expressiveness at its best. His range is all over the place, bringing him to the highest falsettos at points, as he sings of the loss of love. A bit banal of a topic, but Woohyun’s sweet tone is like a warm blanket being wrapped around you when you’re feeling heartbroken. And the music video is so beautifully shot it deserves multiple viewings.

What was your favorite K-pop release this week? Share your picks and thoughts with us in the comment section and make sure to subscribe to the site, and follow us on Facebook, Twitter,Instagram, and Tumblr to keep up with all of our posts.

Learn Korean With Our Talk To Me In Korean Books 2nd Anniversary Giveaway [...
Scroll to top
×
Loading Comments...