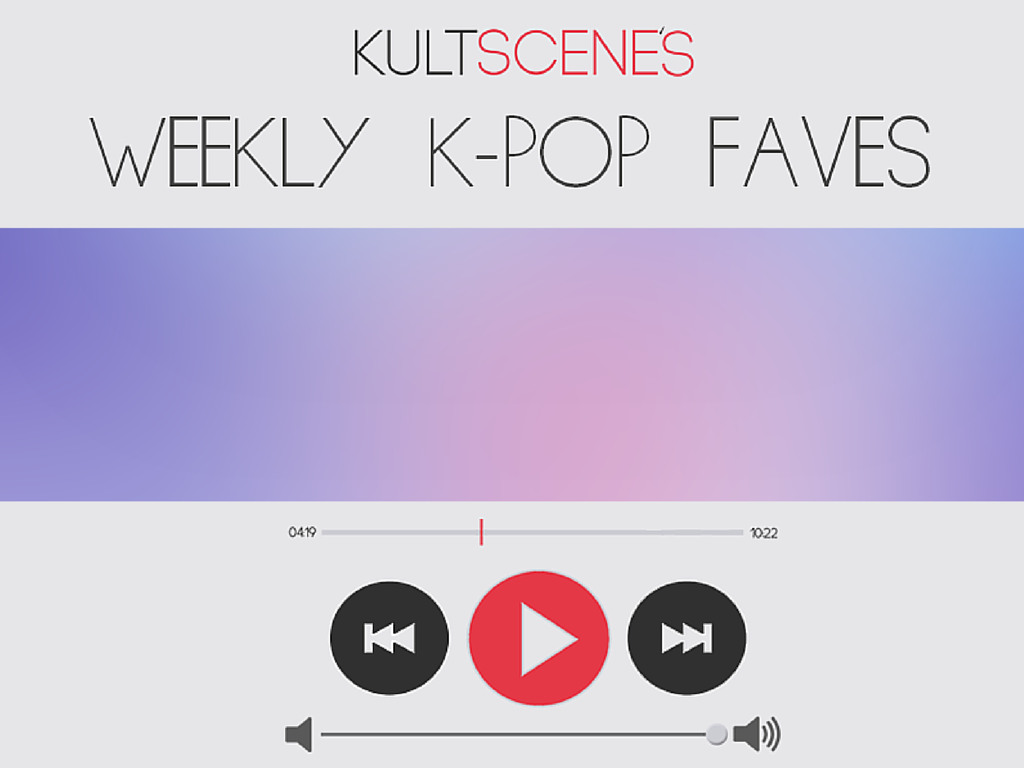 With summer in full swing, K-pop acts have started to bring their A game with all their releases. It’s currently the time of year where the market is oversaturated with songs from everyone and their mommas. And while artists have more competition for sales and music shows, the fans enjoy every second of it. Here are our faves from the week:

When I saw Girls’ Generation’s Tiffany share a video on Instagram featuring Min Hyo Rin and at JYP Entertainment’s building, I knew this was going to be amazing. Add in Ra Mi Ran, Kim Sook, Jessi, and Hong Jin Kyung, the other cast members of the show “Unnies Slam Dunk,” and I had a feeling this would be a big summer hit. The Unnies, or older sisters, appear together on the variety show and the girl group was formed to fulfill Min Hyo Rin’s dream of being in a girl group. Bringing in grade A producers like Park Jin Young and Yoo Hee Yeol, the song shows us just how fierce these maturer entertainers are and why they have survived the cutthroat Korean entertainment world. The Jazzy hip-pop number “Shut Up” is topping charts in South Korea, so maybe we’ll see even more collaborations between industry insiders… Plus, I feel like it’s been awhile since Park Jin Young has graced us with his “JYP… Introducing XYZ” intro.

Also on KultScene: The K-Pop Phoenix: The New Generation of Girl Groups

Taeyeon has proven herself a solo artist to be reckoned with in the future. She’s been improving with every release, and latest album “Why” is a smash. Album closer “Night” offers something different to SM’s love of house music these. A groovy slice of R&B, it smooths over your ears with Hammond organs. Taeyeon’s vocals — which I at first thought were generic — are bending around a number of styles and none better than here. She speaks softly in the verses, wails in the choruses, and whistles her ad libs with gusto.

Also on KultScene: The Unreality of Reality TV Reaches K-Dramas

After “Mansae” and “Adore U,” I was keeping an eye out for SEVENTEEN. But then their latest releases rolled in and were complete lackluster. I lost a bit of hope. The boys had come out strong with their debut, but “Pretty U” wasn’t up to what I thought they were about. So you can imagine my delight this morning when I woke up to “NICE (VERY NICE),” which embodies everything they displayed with their first two singles: a familiar yet fresh perspective backed by the combination of the members’ individual talents. Matching outfits aside, “NICE (VERY NICE)” is flawless; from the funny music video involving a creepy/stalkery crush, to the rollercoaster of sounds in the song. “NICE (VERY NICE)” does well what EXO’s “Wolf” and Girls’ Generation “I Got a Boy” made a mess out of (#SorryNotSorry). SEVENTEEN’s song, while chaotic, is cohesive because, even at Woozi’s slow verse, is still fun and playful. I’m officially back on the bandwagon again.