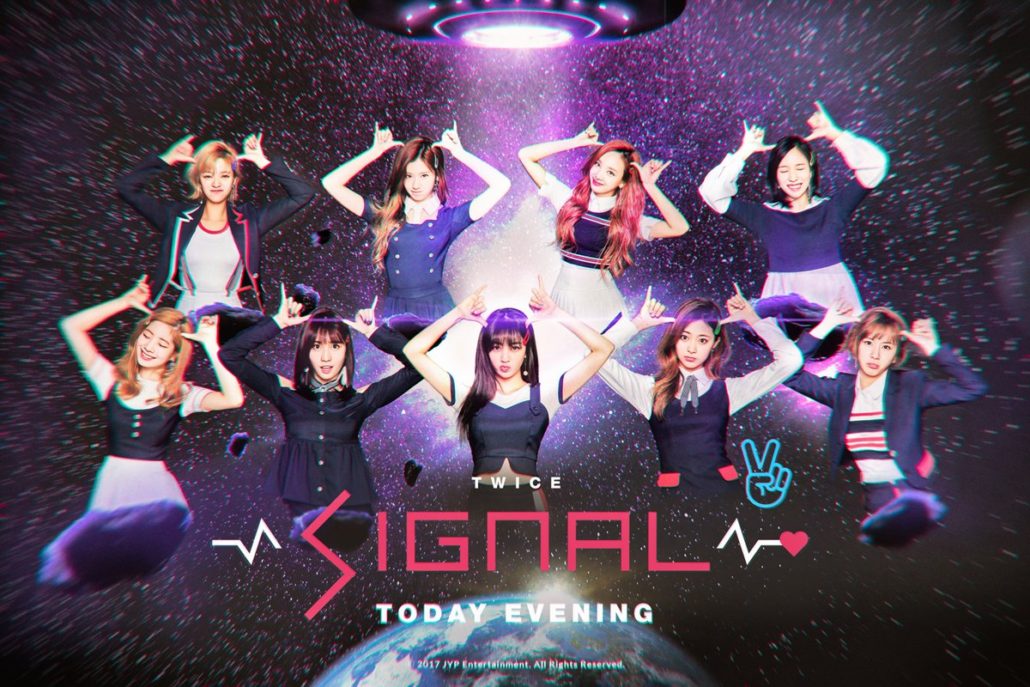 This is the third and last part of a series in which we discuss the changes in the music of K-pop girl groups throughout the last decade and what these changes say about the environment within which they thrive.

Remember how in the first article I described T-ara’s music as the sonic portrait of an era? Well, now the music of Twice and the newer girl groups can be seen as the portrait of our present one. It is noticeable how the increase of beats per minute, the shortening of intros, and the diversity of changes in melody and arrangements during the songs reflect the haste of today’s society for new things and their little patience for anything that takes too much time. Think of 2NE1’s songs for example. The concept and lyrics for “I Am the Best,” released in 2011, are still super cool, even for 2017. But doesn’t it sound a bit “slow” today?

Of course, this is not a phenomena exclusively seen in K-pop. All over the world, and especially in American pop music, it has been observed how hit pop songs have been seeing shorter intros (try even finding an intro in Calvin Harris feat. Rihanna’s “This is What You Came For,” for example) and taking less time to get to the chorus. Max Martin, the god of modern pop songwriting who wrote several number one hit songs from Britney Spears’ “Baby One More Time” to The Weeknd’s “Can’t Feel My Face,” said it himself: “Pop music follows the evolution of society in general. Everything moves faster. Intros have gotten shorter.” Though 2NE1’s songs from just a few years ago made good fits for the Facebook generation, K-pop songs of today are more appropriate for the Snapchat generation. It’s not particularly different in Korea, where the obsession for progress and technology is a way of life.

A sign of the modern times in K-pop is the profusion of musical styles that are blended within the songs. Striving for progress has led South Korea to open up their markets in the past few years, which has had major effects on K-pop also, beginning with the growing presence of more and more foreign composers and producers in the K-pop market. As a result of this, K-pop has become more open to other music genres and arrangements have been much more diversified than they used to.

While the need for speed and the uptick of music styles bring a contemporary appeal to K-pop, the increase of cute concepts and aegyo (cute) elements in the songs — so different from the empowerment that we saw dominate the last generation of girl groups– counterbalances the modern vibe in a curious way, suggesting that even though the girls are living in 2017, they still reverberate traditional (patriarchal) values from Confucianism and its standards of femininity. Although this philosophy is no longer dominant in Korea, its influence is still strong.

The intersection between progress (modern sound, embracement of foreign and innovative music genres) and traditionalism (cute, fragile, submissive, and non-proactive female behaviour) can be heard in songs like WJSN’s “Would You Kiss Me,” a surprising mix of sweetness and edginess, with futuristic elements and trap beats blended into a fluttering pop instrumental, innocent melody, and aegyo speech.

The Role of Music Creators As Curators

The way creators design the sonic identity of a song or group of songs in order to give the audience a specific feeling, which in turn subconsciously tells a story about the society we live in, is quite interesting. Canadian philosopher Marshall McLuhan made an impact in the 1960’s when he stated in his book Understanding Media: The Extensions of Man that “the medium is the message,” believing that the form of a medium carries just as much meaning as the content. Based on that, the way music is shaped to sound might say a lot about the one who’s creating it or performing it.

In this matter, blending both modern and traditional elements, like explained above and also in the previous articles in the series, might be K-pop’s way to tell society about its values: to achieve progress and prosperity without losing their traditions.

We can’t incisively say that this is the agenda of the K-pop industry, but it surely means something. This idea might take different forms depending on the context, and that’s what is more interesting. There are infinite ways of giving a certain vibe to a certain song. When you think of it that way, creators (composers, lyric writers, producers) and music executives (yes, them too, since they get to decide which songs will be recorded and which won’t) play the role of curators, deciding which elements would be present in order to convey a concept.

These statements make even more sense in the field of K-pop, where music is not only a sonic instrument but a whole experience that defines visuals, dancing, fashion, and even the personality traits of the group members. In the book Globalization and Popular Music in South Korea: Sounding Out K-Pop by Michael Fuhr, this is described as “performance-centered music.” Therefore, it’s not difficult to imagine the amount of creativity and work that is demanded from music creators.

But what would these teams have in store for K-pop?

What’s Next For K-pop? 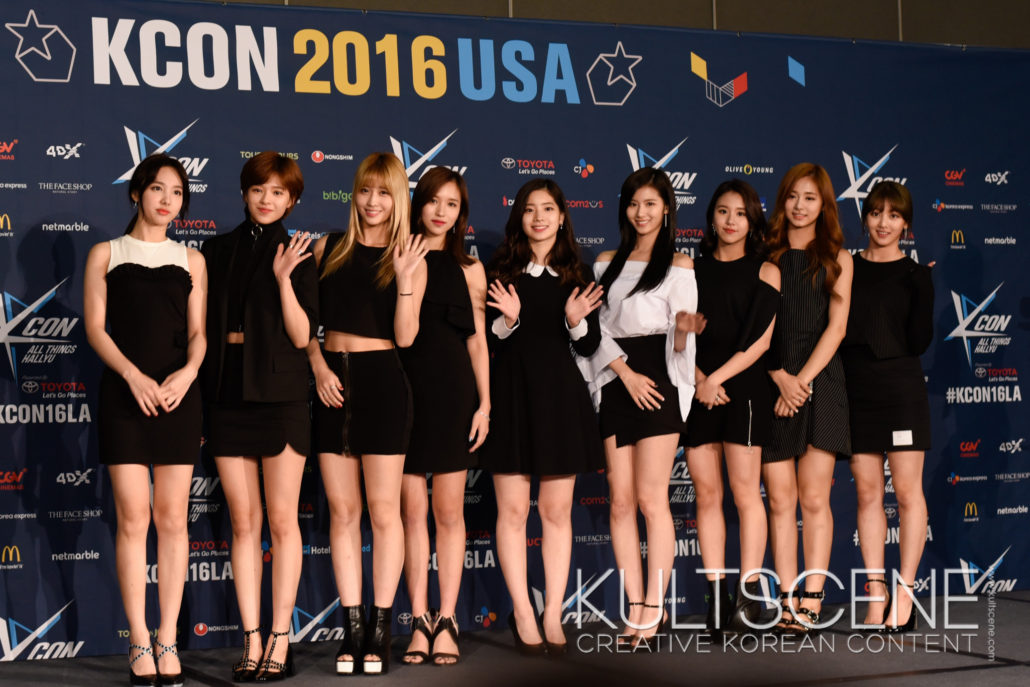 K-pop has always aroused love and interest for being creative and unapologetically fun. It catches you when you merely watch a video or listen to a song, maybe not realizing why it’s so enticing. Analyzing it might explain why it’s so catchy and so representative of what Korea is or aspires to be, but don’t think we’ve deciphered it yet. Just when you think K-pop is going on a certain direction… It changes.

When Twice released “Knock Knock” in February, fans were quick to describe it as something similar to everything the group has been doing since its debut. In fact, the first verse sung by Nayeon, the easy choreography, and the repetitions of “kung kung” and “knock knock” (just like “shy shy shy” in “Cheer Up,” as well as the mnemonic “ne” syllable sound and “I’m like TT” in “TT”) might have given you an impression that it’s the Twice you’re used to listen. But don’t let yourself be fooled; it was the most daring move the group has made since their debut, simply because it was very, well, simple.

Against their previous singles, “Knock Knock” has little surprises in terms of song structure and production, sticking to one genre only and having a very simple verse-chorus-verse-chorus-bridge-chorus structure (no pre-chorus, for the first time). The melody is also very linear and presents rare moments of high notes. The harmony consisted solely of a E – Abm – C#m – A chord progression, making it the least complex harmony from the group so far.

Analyzing those factors, you could think Twice was going the opposite way and becoming simpler. You wouldn’t be wrong: their latest release “Signal” delivers a less noisy instrumental, with less sonic turnarounds, slighter drums, lower bpm, and a more homogeneous melody.

Like we said in our last article, many thought of 2014 as an apocalyptic year for K-pop, and coincidently, that was the birth year for these groups who brought a new concept of what it sounds to be a young girl in Korea. 2017 is also being pointed as a decisive one for the future of K-pop. May we expect the birth of something new again? Or has K-pop’s heyday peaked and we’re watching it plateau?

There is more interesting data to be added to the guessing game: a recent and curious apparent trend, American pop music seems to be slowing a down a bit. Right now, in the top five on the Billboard Hot 100 chart you can hear songs that present either slower tempos or less polluted production, like a smooth jam that reminisces the old days of Michael Jackson and Motown and an easy listen, dembow riddim oriented song yet still cleanly produced by the current king of love songs, for example. K-pop is known for occasionally gathering inspiration from what is trending in America. If the slow-down of music is truly coming, how will K-pop respond to that?

The year 2017 might be another turning point for K-pop, and it’s already heading to its second quarter. Being the most relevant girl group at the moment, Twice just might be in the front row of the beginning of a trend of calmer songs, although the elements of cuteness will hardly die. After all, K-pop constantly has to reinvent itself, but some things will always be there.