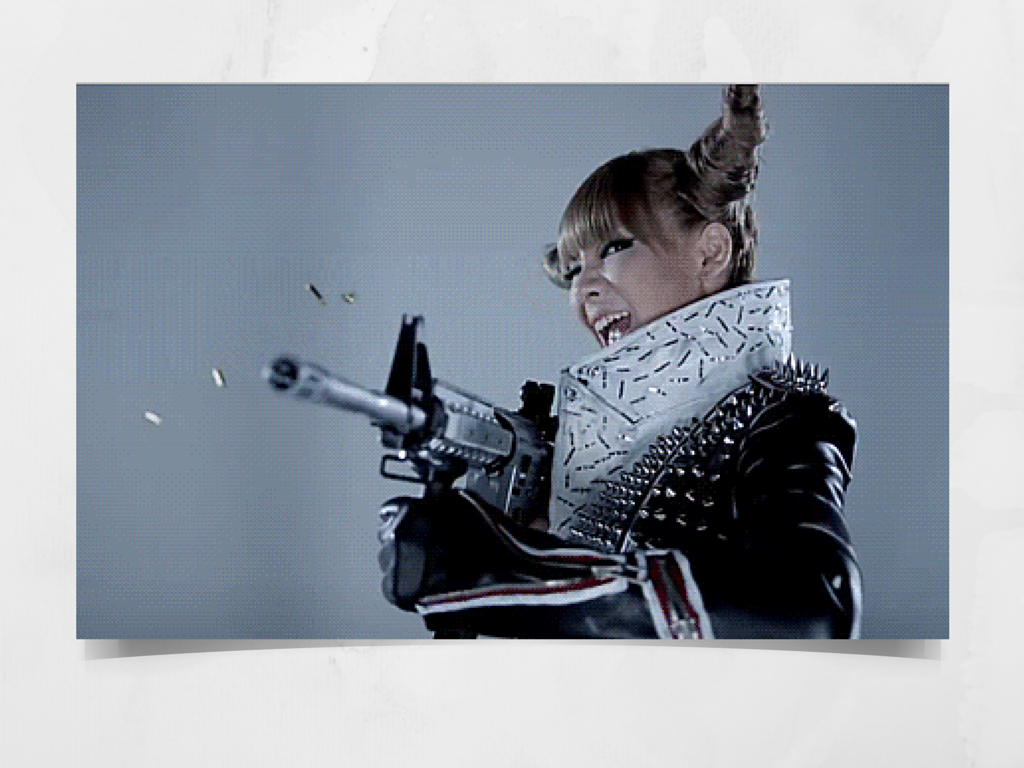 The latest netizen outrage out of the K-Pop world surrounds rapper Swings’ perceived insensitivity for posting a video recreating an execution just for fun. The internet critics say it is reminiscent of the recent executions of American journalists by the terrorist group ISIS, and that the timing is disrespectful towards Ladies’ Code’s tragic accident. Netizens have a reputation of blowing things out of proportion, and this is not an exemption. Was the video in poor taste? Yes. Should Swings be scrutinized for it? Probably not if you condone and/or disregard murder and guns in music videos by your favorite artists. The truth is, the whole incident and the exaggeration of it is one big double standard for K-Pop fans.

In the controversial video in question, Just Music rappers C Jamm and Swings kneel at the edge of a swimming pool while Giriboy stands over them and mimics pulling gunshots to their heads, making C Jamm and Swings fall into the pool, and floating face down as if dead. Netizens claim that the execution-like prank is similar to those actually carried out by ISIS recently and done too soon since people are still mourning RiSe and EunB’s deaths. Had this video happened at another time where it couldn’t be contrasted with these two events, netizens probably wouldn’t have said a thing. But alas, it did. 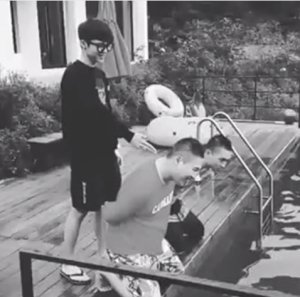 So following these netizens’ logic, executions, guns, and murder are tasteless, and for doing that, those involved are apathetic, immature, and —what was that other thing they were spouting on the comments? –oh yeah, psychotic. And while the term psycho was probably just thrown in there for emphasis, the only true demented thing behind this ordeal is the undeniable double standard most of these netizens have.

Again, following the logic, murder and guns are not acceptable only in cases following a tragic episode in the world’s history. But if murder and guns are not making headlines worldwide, then, by all means, it’s fair game. Because acting out murder and executions are only distasteful if a major incident happened recently, right? Kind of like when Infinite took out the plane crash scene in their Destiny music video because it was too soon to the Asiana Airlines crash. If that version would’ve been released a month prior, it would have been totally fine, right? But I digress… Netizens nitpick which idol and situation they blow out of proportion, since violence has never stopped in the world… ever (just now, think Syria or Gaza)…

Adding insult to injury, another problem here is the normalization and glamorization of murder and guns in pop culture. Opposite to the United States, Korean civilians can’t bare arms. It’s a common thing in American culture and music to hype up firearms and feature them in videos as if they were one more accessory on set. In Korean music videos, the use of guns generally follows spy or gangster plotlines. But then we have the was that really necessary? instances. No one linked BTS’ No More Dream choreography when Suga symbolically blows V’s brains out to any school shootings anywhere, even if the song is about not wanting to follow the path your parents set up for you and the setting is, well, in a school.

However, at least BTS was playing the typical teenager who hates life and their parents in their music video. 2NE1 with their video for I Am the Best, on the other hand, is one big question mark. These ladies are synonymous with fierceness within K-Pop, and the song is about being better than everyone else and no one measuring up to you. Apparently, being the best equates power which, it seems, also equates guns. What exactly was the purpose of this scene? Nothing. Just everyday glamorization of guns in a country where they could not have done that outside the set.

Was there any outrage? No, because this is normal for everyone and is also seen as cool…

But the double standard goes beyond just netizens and reaches the heads of television companies. Entertainment companies bend over backwards to accommodate the guidelines set by the TV companies so their artists can promote on their music shows. The raunchier songs on a given album are generally pushed to the b-sides, never being singles so the same TV companies won’t ban them. But you know what the crazy thing about this is? Companies that are so invested in protecting youth from seeing U-Kiss have implied threesomes or Trouble Maker grind on each other are ok with them seeing murder.

B.A.P doesn’t just wave guns in the air for their One Shot music video, it actually follows the gangster plotline. However, there’s a scene where we actually see thugs shoot and kill Youngjae. There’s blood everywhere, there are guns being used unsafely, you can see they guy’s face as he dies of gunshot –but no, that doesn’t corrupt a child’s mind like sex does… TV companies also didn’t ban One Shot or asked for the choreography involving a gunshot à la BTS be readjusted.

However, the point is not to ban these types of scenes and behaviors, for censorship is never the answer. The point is for netizens to stop nitpicking particular incidents and judging them under extraneous standards if you’re not going to do so with e-very-thing out there. Remember, separate is not equal. Swings’ video was indeed unnecessary, but it didn’t deserve the outrage it got from people who would probably have let it slide if done by bigger artists.