Tag Archive for: why 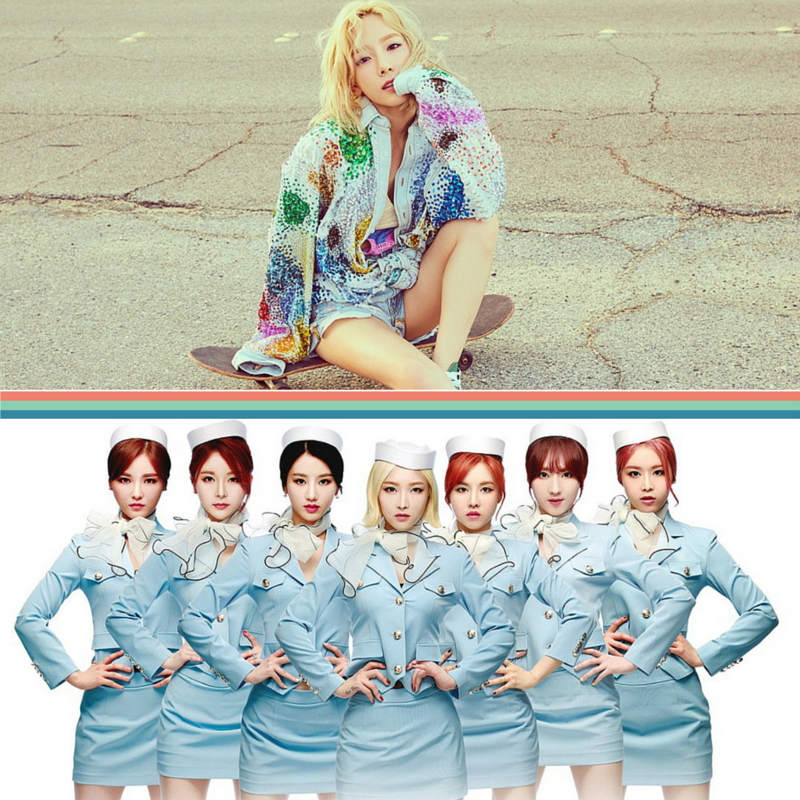 Why were there two songs called “Why” released on the same day, 28th June? What links these tracks, one by titan of K-pop Taeyeon and the other by flop girl group Wanna.B? Nothing really, but the coincidence of their titles is an excuse to compare both the songs. In most cases it is probably irrelevant, but I think it might be interesting to see directly side by side the gap between the biggest and smallest of what K-pop can give us.

Watching Wanna.B’s “Why” for the first time we get an air of familiarity before anything else. The video and sound is almost a direct jack from Mamamoo, particularly “Um Oh Ah Yeah” for the video. Their sound continues the jazzy horns but tones them down considerably with more emphasis played on an overall mix. More pop oriented than Mamamoo, but the hallmarks are there. Even the whiny raps come off distinct like Hwasa’s own peculiar drawl. This proves that they are really starting to have an impact. The GFriend clones were coming all over the place, but only have the Mama-mimes shown themselves. It does represent some sort of a step up for Wanna.B though, who last year put out an After School inspired track “Attention;” Everyone knows After School are so 2013 (I don’t mean this please let them come back Pledis).

Also on KultScene: The K-Pop Phoenix: The New Generation of Girl Groupsc

Why Mamamoo? The pop comedy angle is an interesting one that can garner a lot of fans if done well but be embarrassing done wrong. I don’t think Wanna.B will pursue it quite like Mamamoo, but it is present here with the gurning actors and cosplay settings in their video. Musically, it sits in an awkward position between a Mamamoo inspired jazz belter and a Brave Brothers classic. It sticks to the structure but never fluctuates in intensity. Like many songs, a rap is used as the break/bridge. The vocal itself works well, the delivery is accusatory and playful whipping around the beat. Yet the song never takes off alongside it. It sticks to its plucked strings and horns, which again are nice sounds but stagnant within these confines.

Wanna.B’s why is for a man, obviously. They curse themselves for not being able to seduce a man with their high heels, perfume, and general things that make them prettier. Like the music, there’s no progression of ideas. One might ask, why?

Taeyeon’s very own “Why” also provides us with a sense of deja vu with first listen. Since discovering producers LDN Noise on SHINee’s “View,” SM have used them for a number of songs, essentially letting them define the current SM sound. Given their name it’s no surprise that it’s a typically British house/garage sound. They return to production duties here alongside Rodnae Bell (EXO’s “Monster,” SNSD’s “Mr Mr”) and Laura Dyson, with lyrics by Jo Yoon Kyung.

Also on KultScene: The Vulgar Aesthetic of Son Dambi: Digital Perspectives in K-Popc

In adapting to SM’s house sound, Taeyeon has not completely lost her original solo colour. The laid-back pop of “I” and “Rain” is in fact bolstered and allowed to move up with it. Those previous songs relied on her vocals to progress the song. “Why” builds constantly thanks to both the vocals and music. It begins with a verse that alone would have been seen as fairly generic. Yet it builds nicely, with subtle tropical hints of what is to come. The soaring chorus that follows is a perfect mix of the two sounds. Taeyeon’s vocals, which I thought might not have fit, are beautiful in their inquisitiveness alongside thumping house beats. Those refrains of “good, good” come for my very soul. The chorus transitions directly into another verse while continuing on the blend of house slow-jam. It progresses the song without an abrupt moment. This is what Wanna.B sorely lacked. While different in genre, Taeyeon’s “Why” rises and falls and adds new elements at every turn. Wanna.B’s “Why” picked its direction and could not see otherwise.

Taeyeon’s track continually makes the right choices in production, particularly the bridge which firsts gives Taeyeon her vocal moment but allows the music to take over for the big break. LDN Noise knew this was not a regular Taeyeon track and knowing that they allowed her to shine in a different manner. The lyrics that drive the production are also more interesting than Wanna.B. They are the correct use of a title like “Why.” Taeyeon is a curious traveller, moving at random in search of beautiful moments, “The needle that would turn on a compass, Blooming abundantly at the place where it stops.” She projects an openness to allowing life to happen to her. It’s a feeling that fits with her new sound, an unfamiliarity driven by fresh experiences.

It has proven to be somewhat unfair to compare these two. Although, like I mentioned before, there are things we can take from this. Namely as the gap between big and small companies gets smaller with regards to production level and to a lesser but growing extent sales, it seems like the bigger companies are still getting better. The sound quality between Taeyeon and Wanna.B is not vastly different, yet Taeyeon’s “Why” is vastly superior. SM have always proven to be sharp hit makers and they continually remain on top because of their adaptability. Not only that, but they also make the hip sounds of the time their own, creating new structures to place sounds in. SM’s ingenuity with the song as a total experience is why they remain on top.

Wanna.B, on the other hand, have taken a popular sound and look directly from a single group, watered it down a bit, and made it sound like the most classic of K-pop tracks. Through these filters, the special things about each of these elements is lost. The individuality of Mamamoo, the inexplicable joyous pop of a Brave Brothers track, and Wanna.B’s own flair are all forgotten. So disappointingly we leave knowing that the big dogs win again. Yet Wanna.B are only one of a string of lesser known girl groups with releases towards the end of July. Maybe there is hope.

Which “Why” do you prefer? Taeyeon or Wanna.B? Let us know WHY in the comment section below and be sure to subscribe to the site and follow us on Facebook,Twitter,Instagram, and Tumblr to keep up with all of our posts.