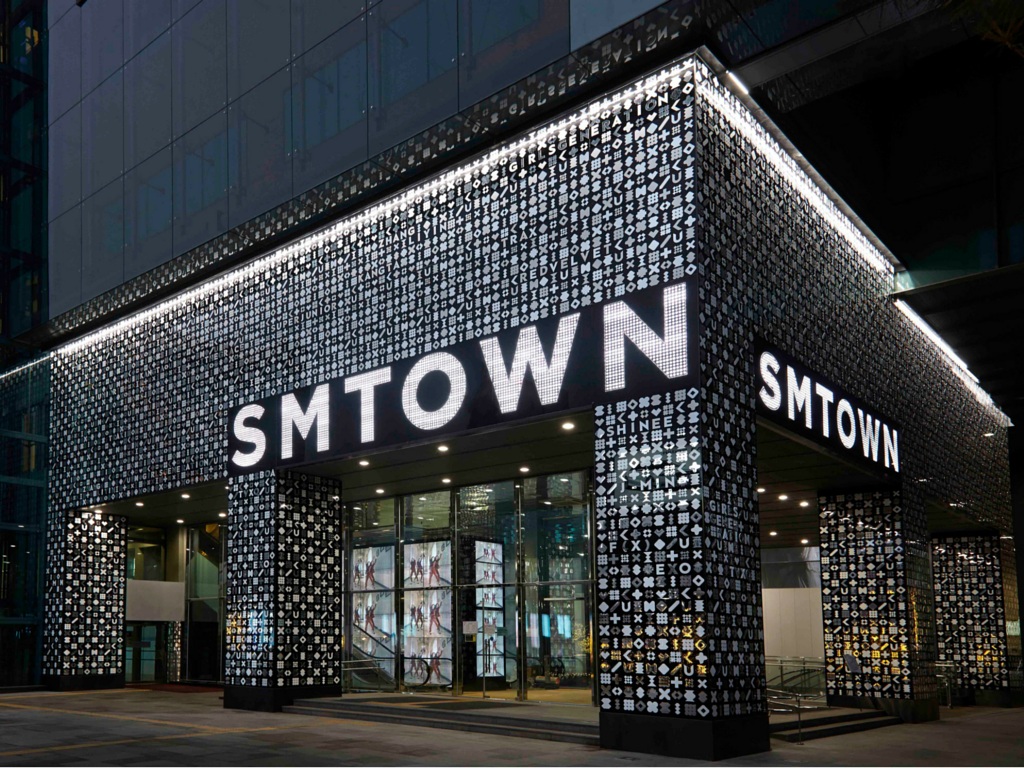 When it comes to innovations in music, K-pop is one genre that does it best.

The Internet was sent into a frenzy recently when popular idol group INFINITE released an alternate version of their latest music video for “Bad.” Just what made this particular video so groundbreaking was its use of 360 degree virtual reality (VR) technology, and while it may not have been the first ever to try its hand at the cutting edge technology, it was definitely the first of its kind within the mainstream K-pop sphere. With this new version, viewers are put in control with the ability to manipulate the different camera angles in order to simulate the experience of being on set. Indeed, the music video is only one (great) step closer towards fan-idol interactions, and at the end of the day gimmicks like these are what sells.

K-pop powerhouses such as SM Entertainment know this all too well, leading them to capitalize on their consumers’ desires to become closer to the faces and personalities behind the music. Without having to force their top acts into display cases where fans can ogle at them all day (because c’mon, that’ll just be inhumane and borderline slavery, which is definitely not what SM is about), the company gave us the next best thing – their digital counterparts.

In what was probably SM’s attempt at gathering their bearings after a messy 2014, the agency launched [email protected] earlier this year. Simply put, the five-story complex, located in Samseong-dong, Seoul, is every SM stan’s (fan) dream come true. Not only can visitors lounge at the K-pop themed café or browse through official merchandise, the site also features a virtual studio where guests can experience stardom first-hand with their favorite SM artists, or at least their artificial doppelgangers. What’s more is that there is the hologram theatre where visitors can watch holographic concerts from big-names like EXO or Girls’ Generation, or enjoy the world’s first holographic musical “School Oz,” starring some of SM’s most capable vocalists.With technology like that of require travel expenses. “Why pay to travel all the way to Korea for housed lograms whecould be seeing the real deal?” one may argue. Although not exactly perfect, there is still no d holograms and 360 VR music videos are harbingers for what is to come in the future…

…Which got me thinking, what exactly is about to come? What’s next? At a time when the Hallyu wave – the phenomenon that describes the transnational flow of Korean culture – is crashing hardest on international fans, it would definitely be lucrative for entertainment companies to invest in technology that will rectify the physical barriers separating fans from their idols. A large part of the current music business is the concerts which draw crowds from around the world en masse, so looking into how they can join an experience good, such as that of a concert, with the realism that entails virtual reality could potentially be the answer to this. And as if the entertainment moguls do not have enough money going into their pockets already, it could even serve as a completely new revenue stream. If you have not figured it out by now, I am referring to the up-and-coming virtual reality concerts.

Virtual reality concerts are an immersive concert experience that aim to stream and bring the feelings and sensations of live music into the comforts of your room. Stay at home concert attendees would only have to strap on any one of the virtual reality headsets that are in development, while the fancy 360-degree audio and video rigs located at various points throughout the venue take care of the technical aspects. Thanks to the spherical video and spherical binaural audio of the advanced technology, developers and creative directors are able to finally recreate a convincing 3D soundscape. It sounds ludicrous to think that this will work, but ask Western artists like Coldplay or David Bowie who have successfully experimented with VR concerts and skeptics might think otherwise. K-pop groups and artists could certainly learn a thing or two from these rock legends. 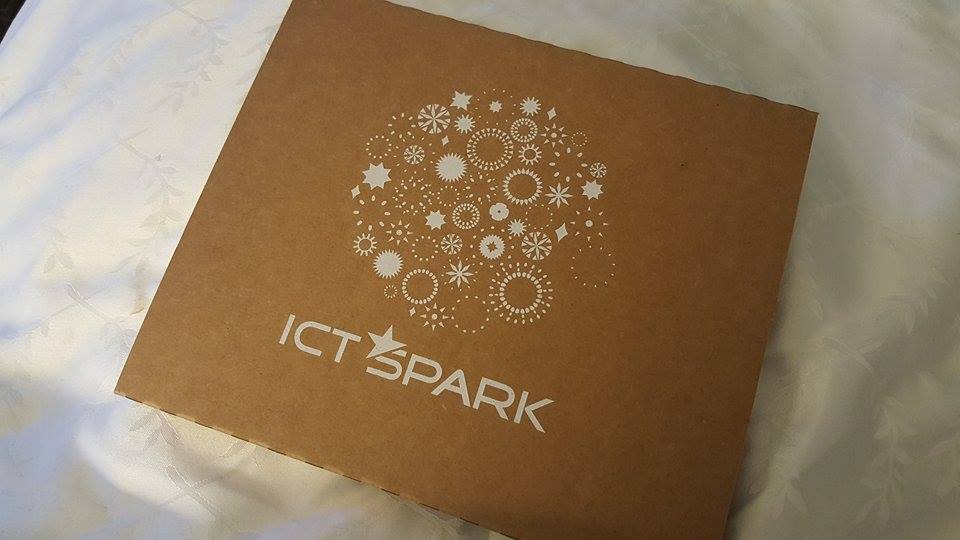 While VR headsets are not available on the market yet, users can watch 360 VR videos and enjoy their favorite immersive experiences on their smartphones with affordable cardboard viewers in the meantime. This one is the ICT Spark from MOOOVR.

Regardless of how much of a game-changer virtual reality concerts could be though, some people are still going to refuse to buy into it, and honestly I used to fall into this camp. Again, it’s the whole notion of “why waste money on something you know is not there when you could be spending it on the real deal” taking into effect. Especially since virtual reality would give fans the power to relive the concert to their heart’s content, it defeats the purpose of a concert being a once in a lifetime experience. But sometimes, spending your savings on the real deal is not an option. More than convenience, virtual reality concerts are able to break spatial and bodily constraints, and this is where VR can find its place within the (Korean) entertainment business.

Take, for example, what happened with ticket sales for EXO’s first solo concert tour, EXO “From. EXOPLANET #1 – The Lost Planet.” There is no doubt that EXO is an influential group, and that was only proven when the boys broke the world record for the fastest sold out concert, with 42,000 tickets in a fleeting 1.42 seconds. As a result, the ticketing site crashed and still many others were unsuccessful at nabbing a spot at the highly anticipated concert.

Also on Kultscene: The PEACEMINUSONE Art Exhibit Is Like Seeing The World Through G-Dragon Tinted Glasses[Photos]

That is where virtual reality concerts come in. Where accommodating the sea of concert-goers is an issue, VR can revise that by providing unlimited (and eco-friendly!) virtual tickets and seats. Want VIP seating? No problem. Or how about standing on stage alongside your oppas (older males) and unnies (older females)? VR concerts can make that happen, too. So long as it is within the six degrees of freedom of the special virtual reality display, anything is possible. Also, how about getting the new setlists of the concert in advance? THis way, viewers at home can also guarantee that idols will try to score some brownie points with the fans by showing some serious up close and personal fan service, all from a safe distance. Trendy groups with passionate fans like EXO are sure to appreciate this, especially the last part about the “safe.”

If tickets for virtual reality concerts are reasonably priced – as in cheaper than that for in-person – then I see no problem with virtual reality finding a market within the K-pop concert business. No longer do international fans have to cross mountains and seas to reach their favorite groups. With VR, fans can even access the exclusive behind-the-scenes that they could not visit before. It’s not about taking fans to the best seats in the house, but taking them to places that were previously barred from the public. And if that is not enough incentive to switch over to VR, then I do not know what is. Arguably, virtual reality may even be better than, well, reality itself as the ability to watch the same concert from different vantage points (recall that the rigs are distributed throughout the venue) on the fly transforms an impossible human task into a possible one.

Of course, the potential debut of virtual reality concerts doesn’t mean that they will replace the traditional live concert business altogether. Because what else can make hearts thud as hard as the bass lines do? What else can unite complete strangers at a mosh pit? Mechanical music sales may go down, piracy may remain rampant, but concerts as we know it will never die.