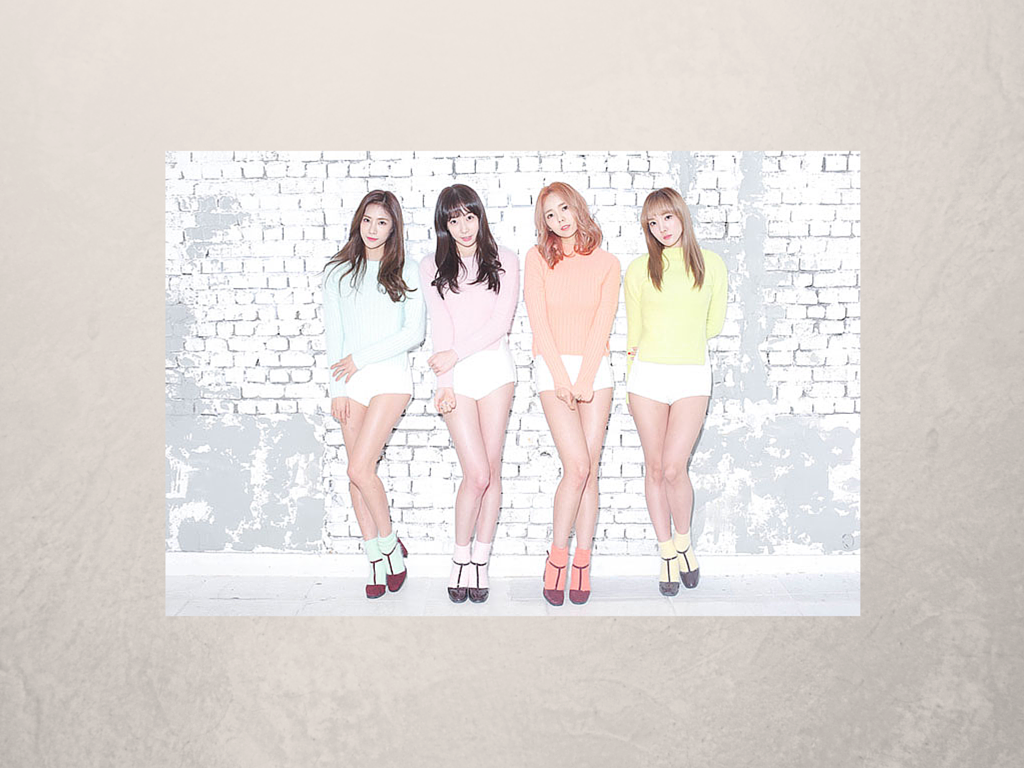 At what stage do we stop considering pop groups as lesser artists and allow them to be considered amongst the pantheon of great modern artists? The distinction between pop and art consistently clouds how we consider pop acts in a critical vein. This means that the possibility of truly great pop groups does not really exist they can only be appreciated on certain terms, as fun, wacky, maybe good to sing along to. Pop music isn’t given a chance to subvert itself because it isn’t given proper time within criticism.

Now I’m not saying that Stellar are to be considered one of the great musical acts of our generation. I am saying that if we consider any K-pop act as high art, that it should be Stellar. Their consistency in vision and sound is unparalleled right now. It shows no sign of stopping either, as their latest single “Sting” brings them back to the forefront of what being a sexy girl group means.

The rumors that Stellar were coming back with an innocent concept were quickly (and thankfully) squashed when the first teaser photos were revealed. Maybe their company meant the song would be more innocent-sounding as there is more of an argument to be made with regards to the sound of “Sting” being toned down. Even then, though, that’s quite a surface level reading as there is a lot going on here that could hardly be seen as innocent.

At its simplest “Sting” is a pop song through and through. The amount of different sounds used to build it are what make it so interesting. The main synth riff is bouncy and light. It’s immediately fun and enticing. To say it is the main riff isn’t entirely accurate though. The song jumps from a simple bass groove and guitar verse to a completely electronic chorus helped by a transition from a wailing synth. If you listen to any point of this song there is nearly always something new going on from the “Vibrato” like electro screams to the funkiest guitars. It all comes together because of the more subdued production. By making the song laid back each element can come and go as it pleases without disturbing the flow.

This combines with the vocals and lyrics to create an inquisitive mood. The musical tones blend together well while still being somewhat disparate. They lead to a chorus that directly asks questions of a lover (or listener?). Stellar continue using each members vocal for individual parts of the song. Swapping rapping and singing duties is something that Stellar usually does, but here it’s a bit more nuanced. Instead of just reversing the order in which they sing, they come in and out with smaller spurts. Where Joonyul raps the small pre-chorus part in the first verse, Hyoeun delicately whispers it in the second. Best of all Gayoung has found a sound that best fits her voice, a sort of playful conversational rap.

These conversations she’s having are with a boyfriend who seems to be tired of their relationship. The lyrics themselves are more accusatory than that simple story though. References to finger tips, being a defendant, and a guilty conscience conjure up images of netizens and Stellar’s reaction to them. Similar to their last four songs, Stellar are examining the things that female idols go through when releasing a song that has anything sexy about it. This time they are saying that the ones who criticize them the most are the truly pitiful ones. “Judge as you wish” they say, inviting those to make their ignorant judgements about who these women are. “Your fingertips can’t do anything” they warn as netizens rush as fast as they can to their computers to thrash Stellar for their skimpy outfits. After controversies like that of IU last year. (where were those haters when PSY’s video for “Daddy” came out?) this is a story that needs to be told. Unfortunately coming from Stellar it is not likely to be heard and if it is few would give it more than a passing listen.

Most interesting of all is the repeated “Judas Kiss or what?” line. The Judas kiss, of course, being the signal that Judas gave to the Romans to single out Jesus in order for them to arrest him. In this case, we can see it as a betrayal of the boyfriend who kisses his girlfriend but clearly feels nothing. In the context of the netizen, though, it is criticizing their constant state of having their cake and eating it too. They insult these girls for being sluts but will be the first in line to slobber at them when a new video comes out.

For Stellar it is the video where it all comes together. They team up once again with Digipedi, a production team from Seoul responsible for many of the best K-pop videos of recent years. Their speciality is imbuing regular dance videos with images and symbols that build on what the song was already trying to say, like “Vibrato” or Fiestar’s “One More”. The visual comparisons are clear too, they use a lot of boxed frames, fetishistically singling out certain body parts for inspection. It threads a thin line between completely fetishizing and empowering the women of the video. Given the subject matter of Stellar’s songs-the male gaze- it works to do both by allowing them to express themselves while also criticizing how they are looked at. Hence the many mirrors and magazine within the video.

The prevalence of computer mouse icons in the video work to reinforce the ideas from before: The sting of the song comes from these pointy symbols and the nasty things they can do. They stick to the girls seemingly impossible to remove, much like the constant clicking of netizens.

The photo of Clark Gable is a lot more ambiguous. Maybe serving as a reminder of what these girls are apparently supposed to be striving for, the perfect man. Gable was considered the manliest of men in his time, and Life magazine called him “All man… and then some.”

Similar to “Vibrato,” the video opens up around the two minute mark. Digipedi’s boxed frames drop away as Stellar embrace the full screen with a fierce catwalk run. The mouse icon’s finally begin to peel off. Minhee and Gayoung move directly towards the camera looking right down the lens. Minhee considers herself in a mirror. Gayoung stares and asks, “Are you tired of me?”

“Sting” is just one of many reasons I think Stellar deserve to be recognized for their artistic merit. Not only are all of their singles since “Study” great, each of them is unique. Even better they are taking issue with societal norms of the day, asking you to consider how you consume female entertainers. Release after release, they are creating great music with something to say.

So maybe you buy into everything I’m writing or maybe you don’t. What’s really important is that we can consider pop music like this. “Sting” is a great place to start. Marrying form and theme while still being an incredibly fun pop song.