After a long wait, SHINee brought their SHINee World Tour III to Latin America, with Mexico City as the first stop. The concert took place at Arena Ciudad de Mexico on April 4th, 2014.  Members Onew, Taemin, Jonghyun, Key, and Minho took the city by storm and didn’t cease to amaze their Mexican fans.

The arena was full with 8,000 attendees and no one could contain their excitement. Everywhere you looked around you saw the shining sea of pearlescent blue. Light sticks turned on and everyone felt ready to start singing along with SHINee. At 9:04 p.m., the screens displayed a countdown to the start of the show. As the clock reached 0, a beautiful landscape appeared, along with the introduction of each member. As per usual, attendees screamed their lungs out.

When the visuals ended, the lights went off and fog filled the stage. The song Spoiler came on and five silhouettes appeared, standing like statues on stage. And there they were; SHINee ready to explode with their explosive charisma and stage presence. They started right away with their classic hits like Juliette and Lucifer.

After the latter, the boys greeted their Mexican fans for the first time in person. You could see the excitement in their faces. They seemed really happy to be in Mexico for the first time. They introduced themselves in Spanish and Korean, but Key was very enthusiastic and kept on talking in a mix of Spanish and English. He even mentioned how he loved tacos, but specified “No cilantro,” since he hates it. Jonghyun told the audience that this concert was going to be different from the shows in Korea and asked to expect a lot from them and for support.

Check out these cool articles around the Web

After a quick costume change, the boys came back and performed Replay. Everyone went crazy as they took us back five years to their debut song. Afterwards, SHINee’s staff hustled microphone stands to the end of the runway and we all knew which song was coming next. Dream Girl, of course. SHINee kept us dancing with Hello, JoJo, and Love Like Oxygen. They started the ballad section of the show which included Aside, Sleepless Nights, and Symptoms. Then the lights went off and SHINee disappeared from the stage.

Suddenly, they came back with a different costume. Jonghyun even wore a Mexican Mariachi sombrero (which was gifted to him by a fan while touring the city). We all heard a very familiar tune from the 1990s and the guys started singing the world famous, wedding favorite song, the Macarena. They had so much fun with it, fans really appreciated the unexpected surprise. 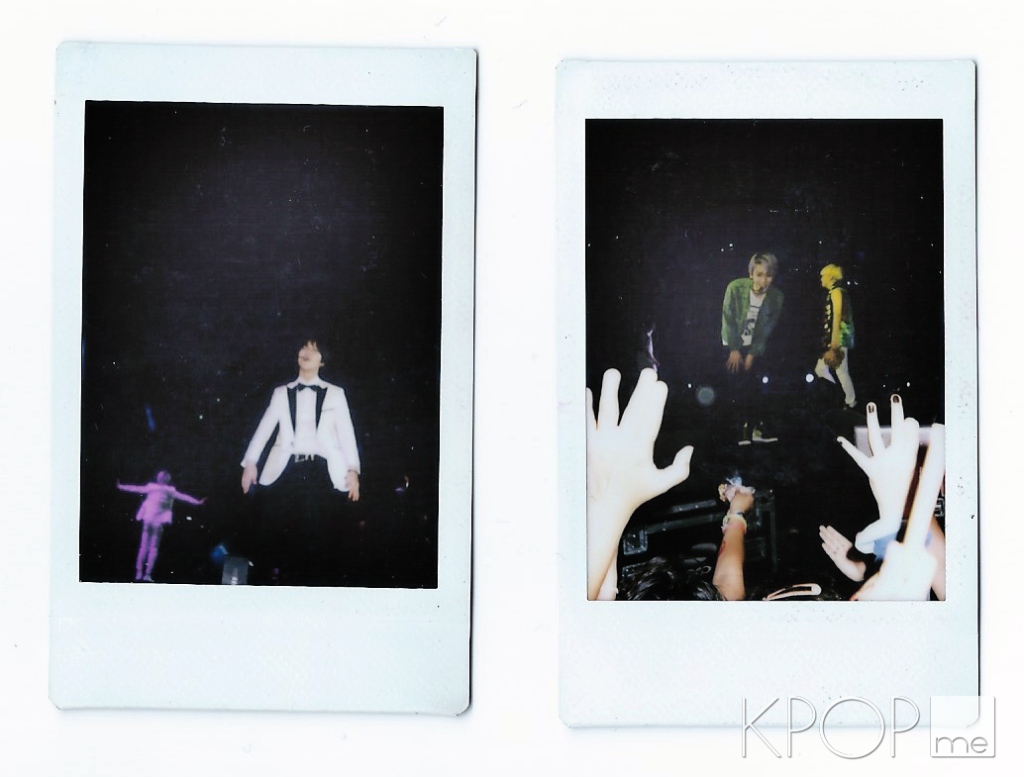 Beautiful really got the crowd going; everyone danced and sang their hearts out. They continued with 3,2,1, Ring Ding Dong, A.M.I.G.O, and ended the set with Everybody. Videos of messages that SHINee wrote to thank their fans in Spanish appeared on the screens. They came back to perform Selene 6.23. After this, the lights went off again but this time for almost ten minutes.

The concert seemed to have ended, but everybody screamed for an encore. A new video started, revealing letters one by one. The words spelled Clue + Note, and everyone went crazy. We all knew they were about to perform Sherlock. Why So Serious? came next, and the shining boys gave the performance of their lives. You could see how happy they were. They sang Colorful and the fans started their fan project. They turned on different color light sticks for each section creating a rainbow. After that song, they started talking to the fans again, and everyone sang Happy Birthday to Jonghyun, whose birthday is on April 8th. SHINee ended the show with Green Rain, but they took about fifteen minutes to get off stage.

They couldn’t stop thanking their fans and saying goodbye. But when it was really over, everywhere you looked, people were crying. Nobody could believe that they had just seen SHINee. Even though Mexican Shawols were sad, there was hope of seeing them again, for the boys promised to come back on their next tour. 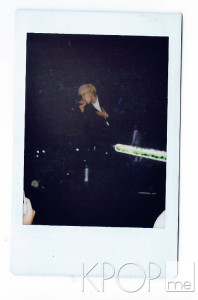 SHINee truly is one of the most talented boy bands in K-pop. Their stage presence is incredible and rarely matched. They dance amazing and you can see how passionate they are about their fans. They give their all in each performance and for this concert in Mexico City, it was indisputable. Didn’t make it to the show or did and want to relive the magic? Make sure to check out our playlist of official videos by KPOPme here: What was your favorite performance by SHINee? Let us know! And don’t forget to subscribe to the site and follow us on Facebook, Twitter, Instagram, Tumblr, and Bloglovin’ so you can keep up with all our posts.