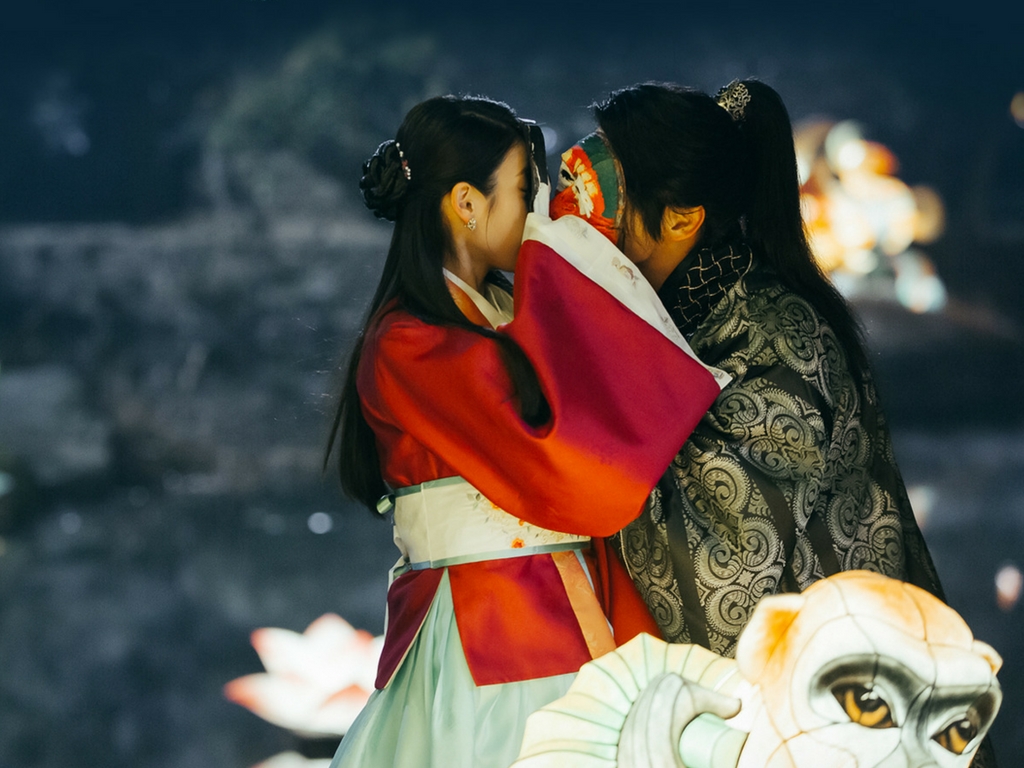 Time travel, betrayals, sibling rivalry, star-crossed lovers… SBS’s latest pre-produced drama Moon Lovers: Scarlet Heart Ryeo has it all. Except the South Korean viewers. Those all went to KBS2’s Moonlight Drawn By the Clouds, which managed to garner more than double the amount of viewers of its rival historical K-drama before ending earlier this week. International fans are clearly watching, but Moon Lovers is not really as popular as expected based on the fact that NBC Universal and YG Entertainment co-produced the show. But it’s more than just one show is better than another; Moon Lovers is struggling from immense flaws and the cute, safer (aka banal) drama is winning over Korean television audiences, with Moonlight dominating with more than double the amount of viewers that Moon Lovers retains in the same time slot.

So what’s going on with Moon Lovers exactly that’s making it bomb at home and causing international fans to stop watching?

It’s not uncommon to get frustrated with a fantastic drama, but Moon Lovers took things to another level and truly well-done episode or scene is paired with a dozen less exciting alternatives. Because the show is spanning such a long time, it seems that the plot has been edited to speed things up rather than actually, you know, develop. Notably, we’re more than 15 episodes in and I doubt the titular lovers (played by IU and Lee Joonki) have had an hour of on-screen time together. There’s also a lot of focus on certain things, such as taking too long with determining Kang Haneul’s relationship with IU, and then rushing key moments of IU and Lee Joonki’s relationship. Some subplots, like a marriage of a prince, gets too much of a focus in order to highlight a key moment of the plot… Four episodes later. Can someone please fire the production team and replace the show so that we get the full story in a timely manner, please and thank you?

The development is completely hindered by the length of the show. Most historical dramas are typically at least 50 episodes long, or don’t really address major lengths of time. But attempting to gloss over time… It doesn’t really work. Moonlight took place over a few months, but Moon Lovers has skipped years at a time and left characters in just about the same spot they were or, even worse, with major changes that the audience is supposed to simply… guess? There have been some lovely scenes to portray the passing of time and some just gave the characters new clothes.

Aside from the production issues, the show was hurt early on because of IU and EXO’s Baekhyun. Both singers were announced as key roles and many people, particularly the Korean media and audience, appear to have shunned the show initially because of it. And, to be honest, neither of them are solid enough actors to take lead characters in a drama produced in part by NBC Universal. A pre-produced, well-funded show should have great actors. IU and Baekhyun have each shown their potential, but they’re relative amateurs and often rely on other actors to pick up the emotional brunt of the moment. With that said, the stigma is ridiculous since the show still manages to have some of the most intriguing plots of the year despite its flaws.  Moon Lovers has such a great story with so much potential, it seems kind of silly at the end of the day that there are this many blatant flaws with it.

(And shout out to singer Z.Hera for doing a phenomenal role as the cute, yet fierce, Soon Deok.)

Lee Joonki, Kang Haneul, Baekhyun, Hong Jong Hyun, Nam Joo Hyuk, and Ji Soo each play a prince, and each of them are fairly well-known and attractive young actors. While the show doesn’t lack extraordinary female characters (Woo Hee Jin deserves an award for her final scene as Lady Oh), Moon Lovers appears to be nothing but eye candy at first glance. While Korean audiences enjoy a good love story, Moon Lovers looks like the historic, updated version of the juvenile romance Boys Over Flowers. Which is a good thing to some people but also a deterrent for others hoping for a more serious show. Moon Lovers is more of a tragedy than a comedy, but it’s certainly more lighthearted than other famous Korean historical dramas, like Queen Seondeok or Daejanggeum, but it truly looked off putting at first glance.

Hands down, the worst thing to happen to Moon Lovers is the fact that foreign fans aren’t getting the same version as the Korean ones are. If you are watching the show and don’t know what I’m talking about, you need to start googling “Moon Lovers Korean version eng sub” or something similar, because you’re going to understand so much more of the show right now. That terrifying assault of a kiss? Still horrific, but there was actually something leading up to that which put it in perspective. But because Korea edited the pre-produced show and shipped it overseas before the air date, when the production team decided to re-edit the plot (aka LIVE PRODUCE) they weren’t able to send the updated versions. I reached out to DramaFever to see why that was the case, but unfortunately, never heard back.

So essentially, instead of pre-production ensuring the quality of the drama, it led to fans around the globe getting different versions of the show. Obviously pre-production has its positives, but it seems like it hindered Moon Lovers’ international distribution.

It’s Not Necessarily A Romance

Thanks Anna and Leah for making me realize this one. As much as a lot of South Korean dramas do well locally that aren’t melodramas or romantic comedies, those are mostly relegated to cable television and never garner incredibly high ratings. Like saccharine ballads replacing K-pop on Korean music charts, romantic shows like Moonlight will always do better than more politically driven shows like Moon Lovers. (Kind of like how Signal is acknowledged as the best drama Korea’s put out this year but more mainstream-friendly ones with straightforward plots, like Descendants of the Sun and W, pick up all of the awards).

At the end of the day, most people in South Korea don’t appear to want to watch a show about a long ago dynasty’s struggles, and that’s what Moon Lovers is at the end of the day: a succession story. The romance comes secondary, to the degree that many viewers (myself included) want there to be more time spent on the lead couple’s romance. But this show isn’t necessarily about the titular lovers. Rather, Moon Lovers about the foundation of Korea’s Goryeo dynasty. 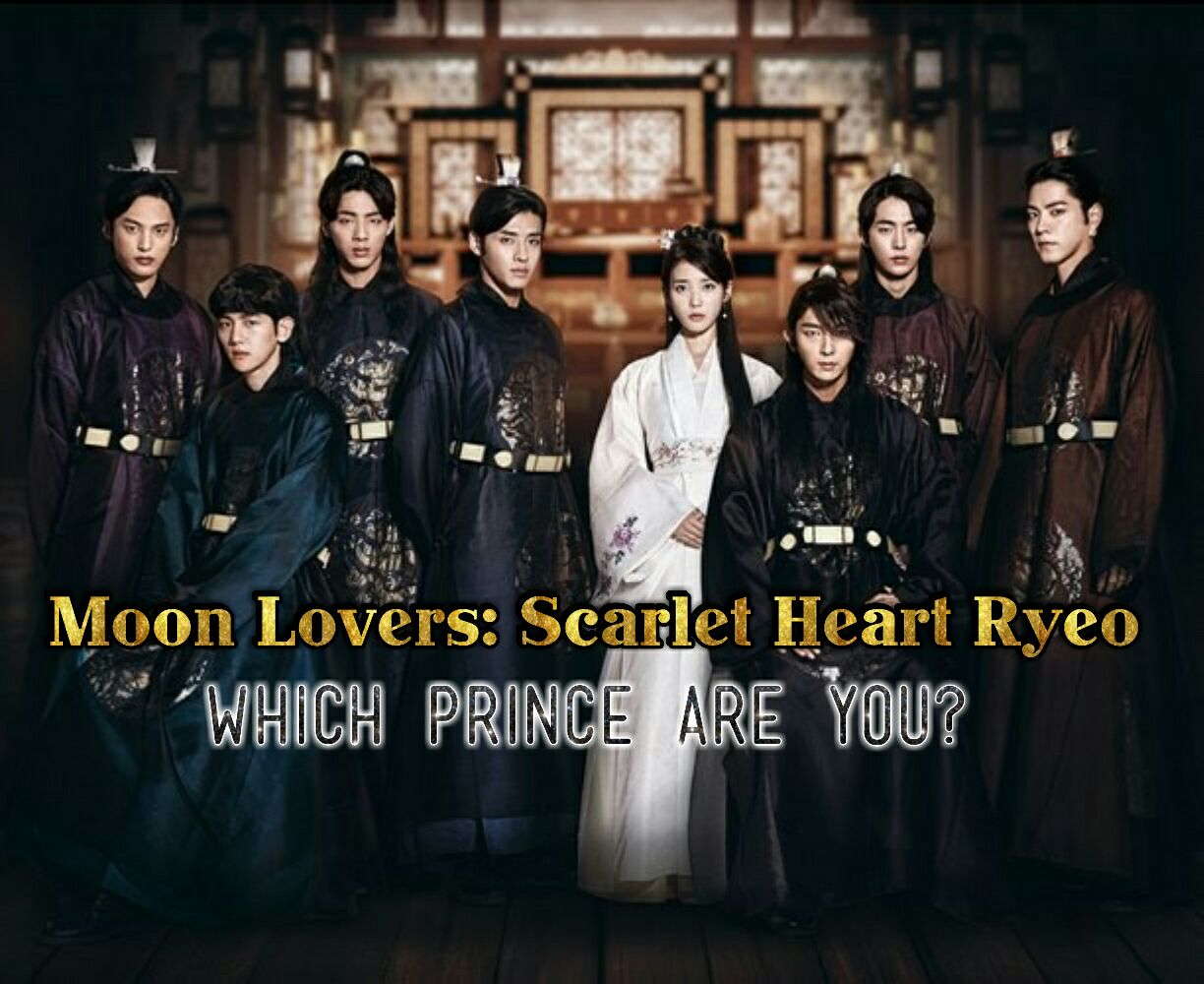 It’s been a few weeks since “Moon Lovers: Scarlet Heart Ryeo” premiered, but the K-drama is still making waves internationally with each new episode that is released. The hype is understandable, of course, since the show is a remake of an extremely popular Chinese drama series, but the strength of this adaptation definitely lies in its gorgeous cast. Full of familiar K-drama hotties such as Lee Jun Ki, Kang Haneul and EXO’s Baekhyun, the Goryeo princes never fail to charm viewers with their various antics, which mostly alternate between downright swoony and laugh out loud dorky. If you’ve ever wanted to find out which prince you would have been had you been born in fantasy Goryeo, you can find out right now through our quiz!